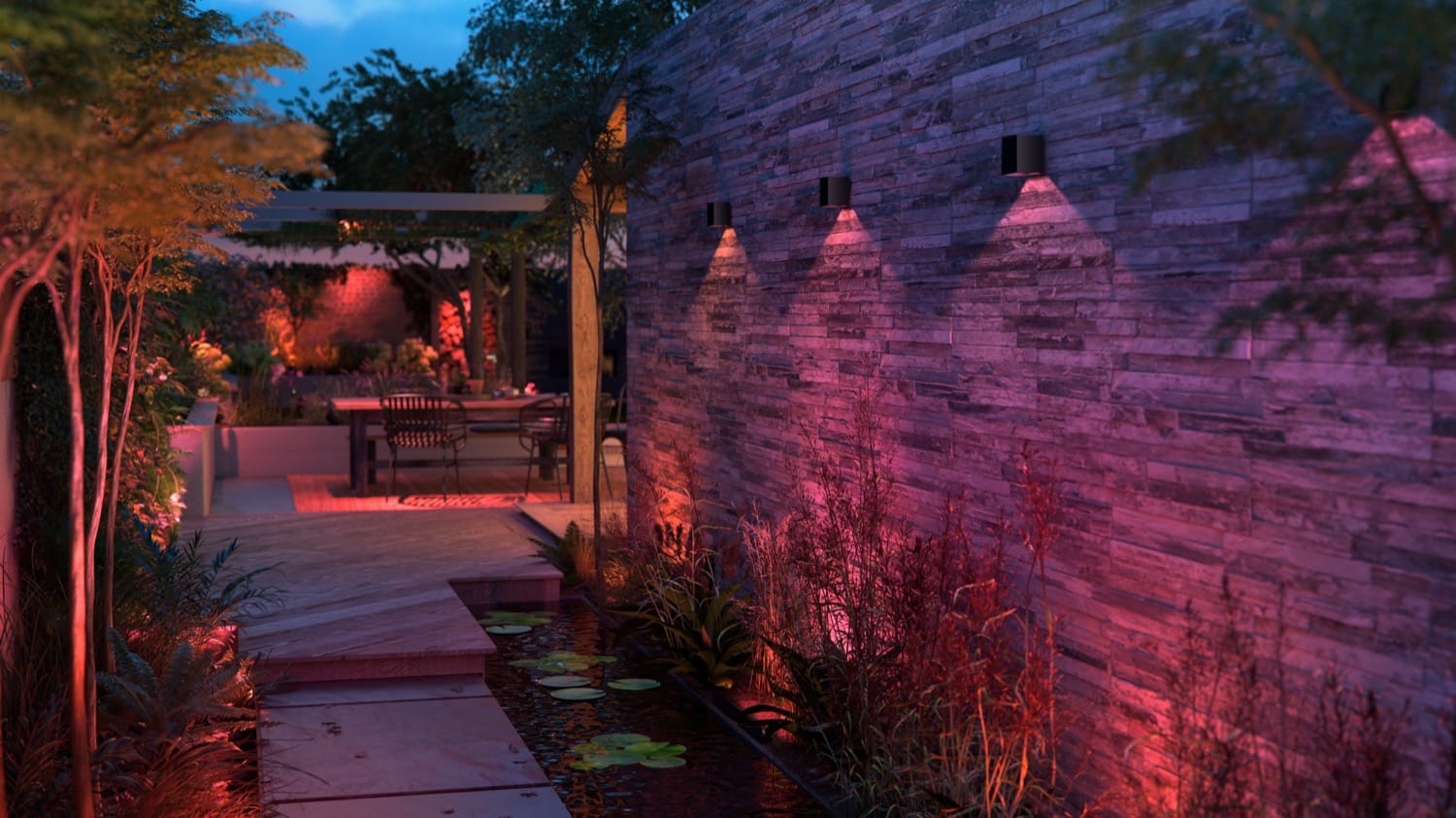 Besides the big announcement around the Philips Hue Sync TV app and the Samsung Smart TVs, there are some more smaller news from Philips Hue at the beginning of the year. In this article I would like to bring you up to date.

After introducing the Hue Resonate three years ago, Philips Hue is now launching another model of the outdoor wall light. Unlike its big brother, the Philips Hue Resonate Downwards does not shine up and down, but – unsurprisingly – only downwards. Its light can be narrowed with the included clip to personalize the appearance of its triangle of light, perfect for narrower walls or pillars.

The new Philips Hue Resonate Downward outdoor wall light will be available from 24 January at a price of 119.99 euros. This makes it 30 euros cheaper than the large model, which lights upwards and downwards.

It was only last year that Philips Hue launched the Tap Dial switch. Included is a holder that fits exactly over a light switch socket. From 14 March, Philips Hue will also offer the Tap Dial switch with a magnetic round holder that is no bigger than the switch itself. The price will remain the same at 49.99 euros, but you will have to choose one of the two holders before buying. 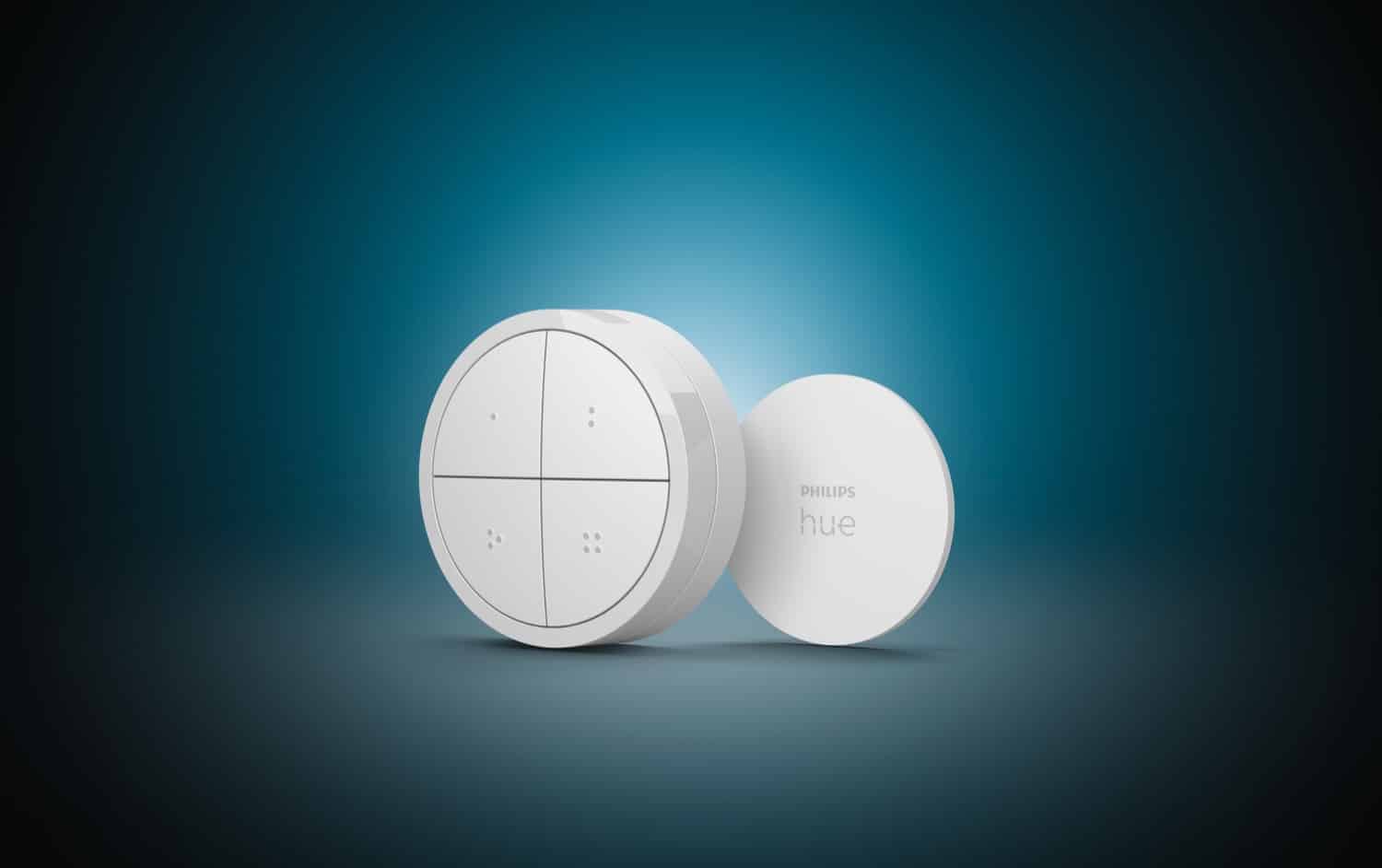 After delays last late summer, the Philips Hue Go portable table lamp is finally making it to Europe. From 21 February, you will be able to buy the outdoor-suitable battery lamp for 159.99 euros – that’s 10 euros more than originally announced.

I have already been able to try out the Hue Go portable table lamp and have gathered some visual impressions for you. 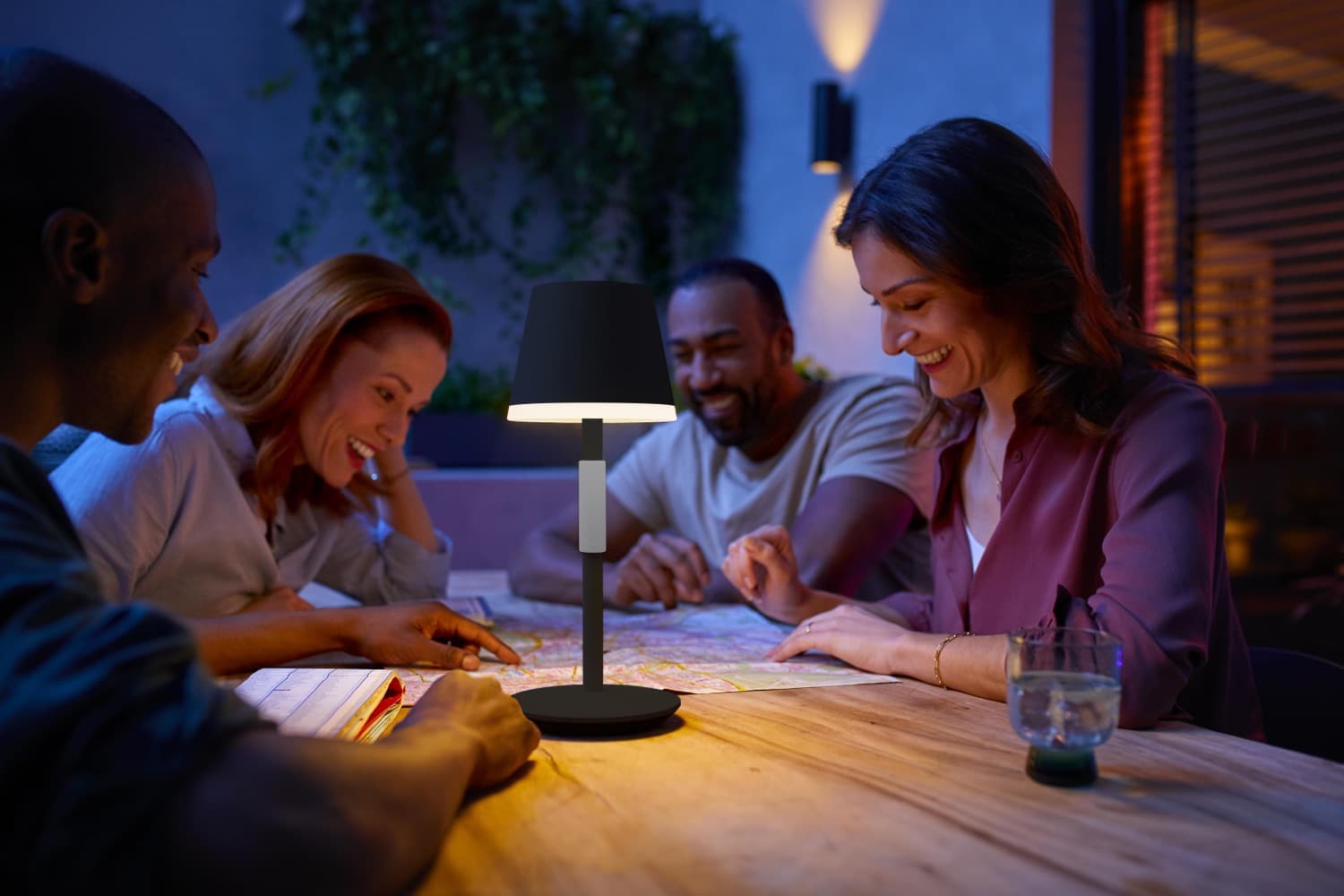