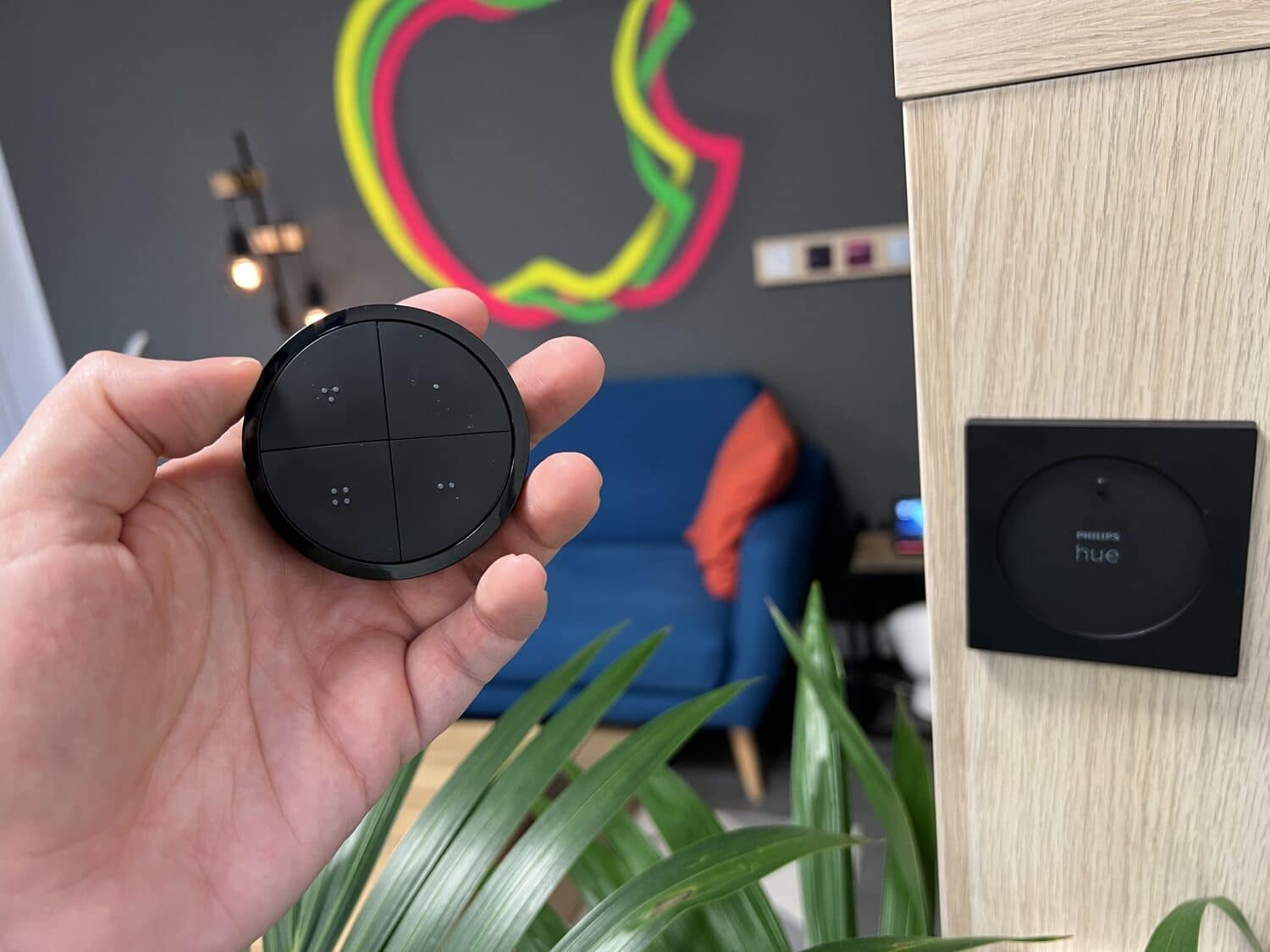 Four buttons and a rotating ring

In addition to third-party Friends of Hue switches, Philips Hue has previously offered the Dimmer Switch, Smart Button and Wall Switch Module as “light switch” accessories. After the retirement of the Hue Tap a few years ago, the second generation is now on its way: The Philips Hue Tap Dial switch.

The new accessory is available now for a price of 49.99 euros in white and black. I was already allowed to try out the Philips Hue Tap Dial switch and would like to give you my first impressions today.

The new Hue switch comes with a mounting plate that is perfectly adapted to the European light switches. However, the Tap Dial switch can not only be placed magnetically on the mounting plate, but of course also on any other magnetic surface. It can also be used like a portable remote control. 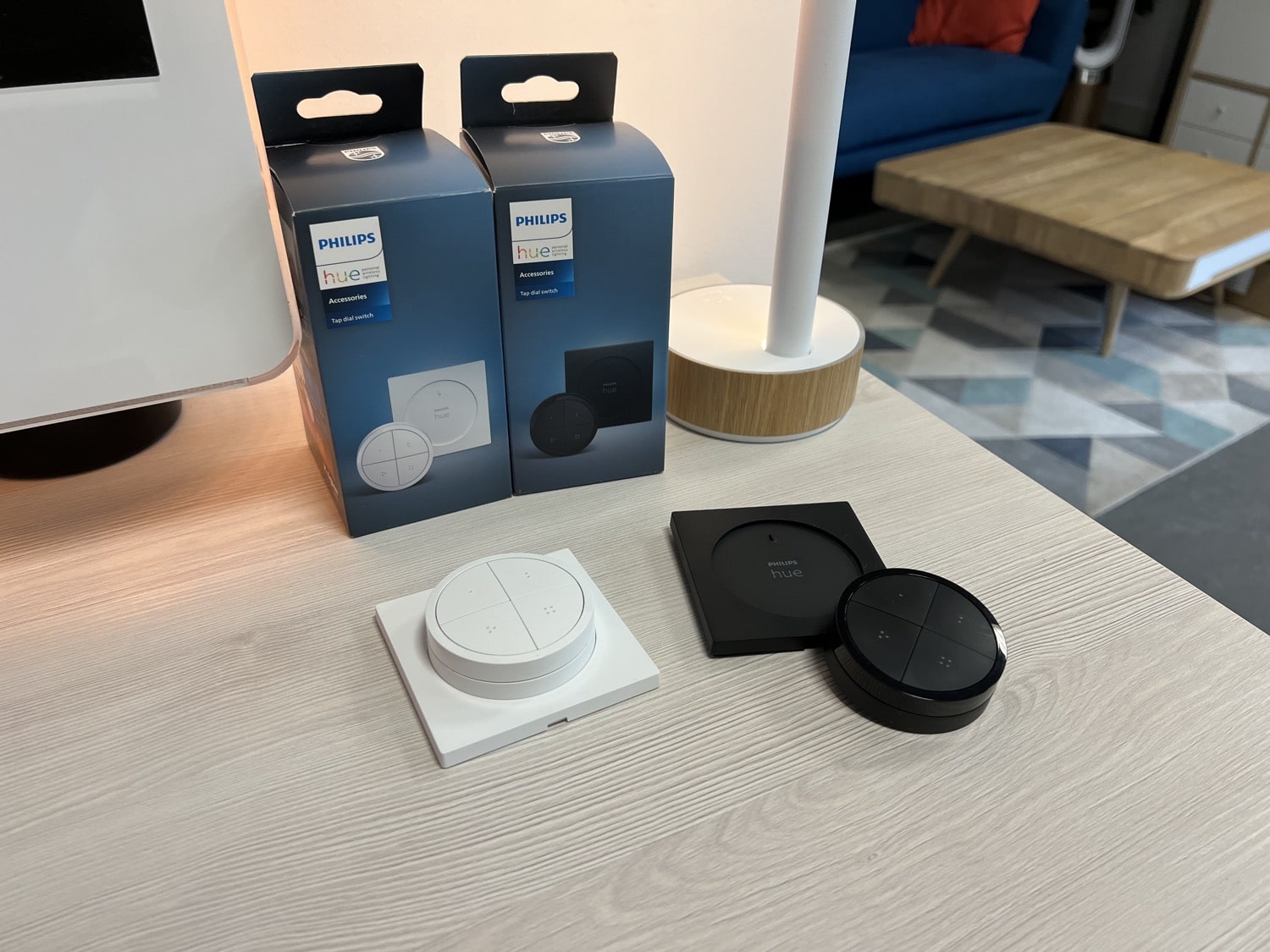 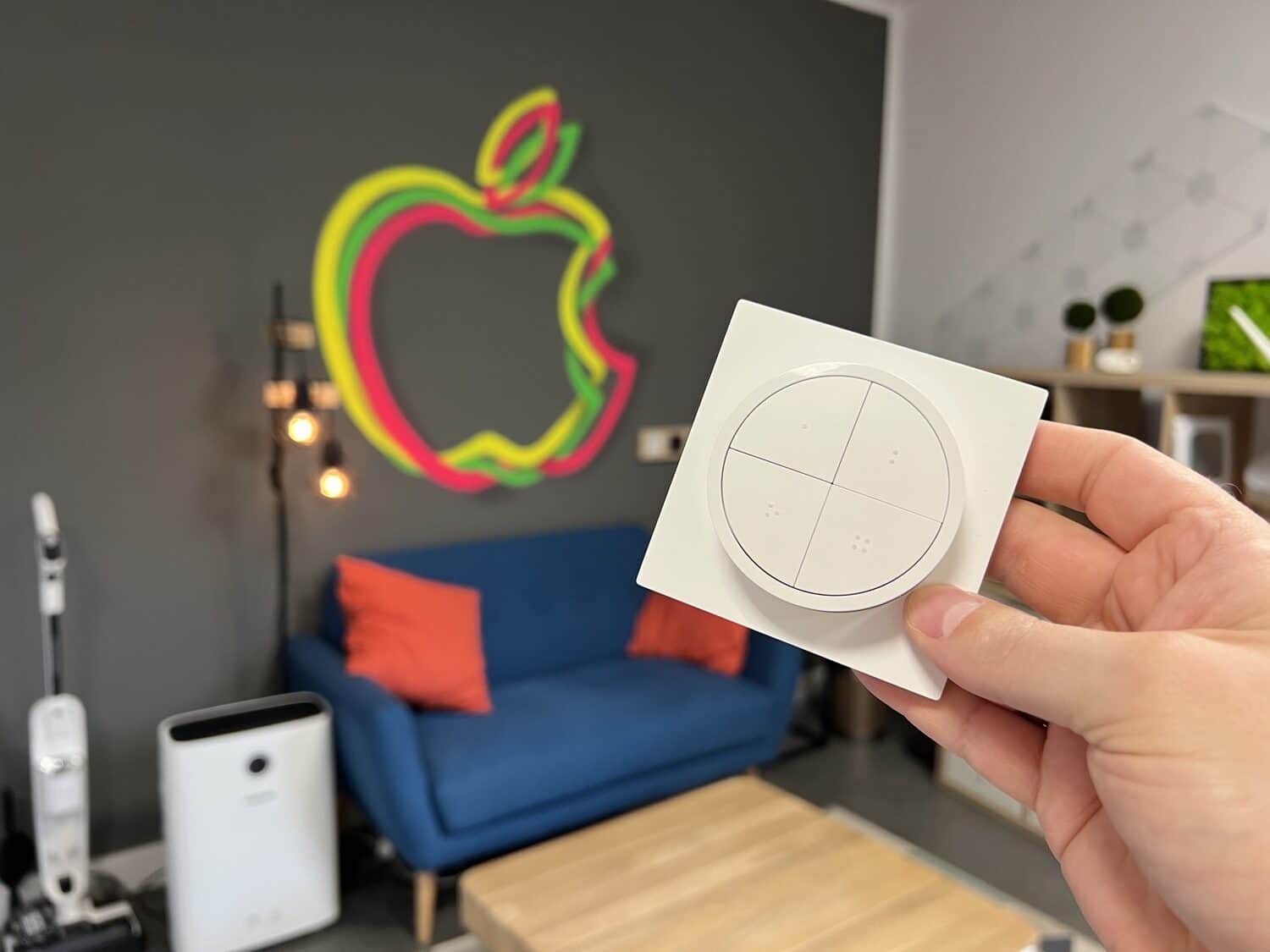 What is already noticeable when touching it for the first time: The Philips Hue Tap Dial switch is heavy. It weighs an impressive 72 grams, which is many times more than the dimmer switch or smart button. Not without reason: presumably, strong magnets had to be installed so that the switch simply rotates with you when you use it.

The highlight is a rotating ring with which the brightness can be reduced and increased. Great: If you turn the ring slowly, you can adjust the light very precisely. If you turn it quickly, the brightness changes much more. And so that you don’t have to feel one of the four buttons in bed at night, you can also use the rotating ring to switch on and off. In this case, the last light setting used in the room is always activated. 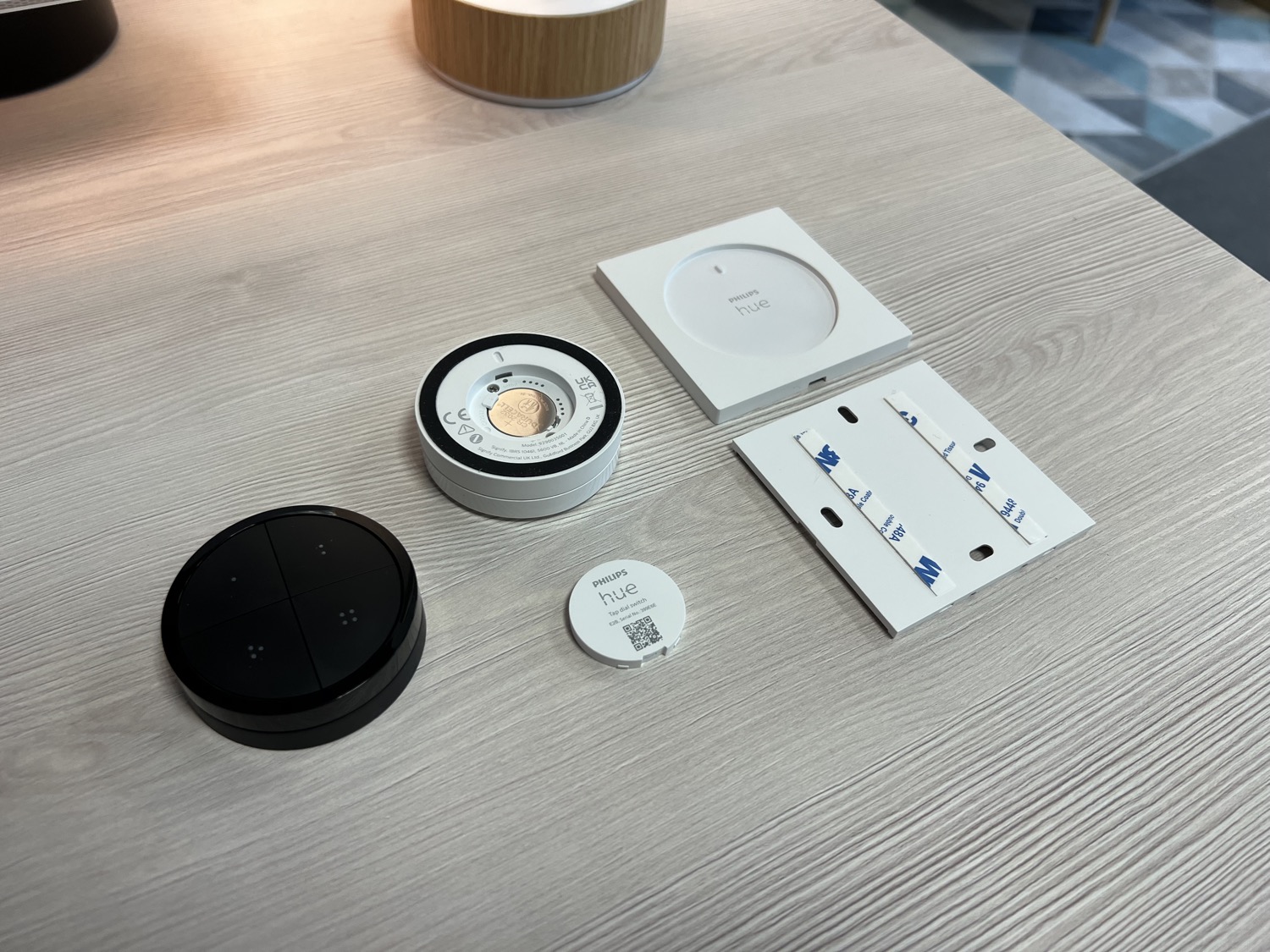 By the way, in contrast to the old Hue Tap, the power supply is provided by a button cell. There is probably no other technical solution with the rotating ring, and I also find the light button press much more pleasant. According to the manufacturer, the button cell should last for two years.