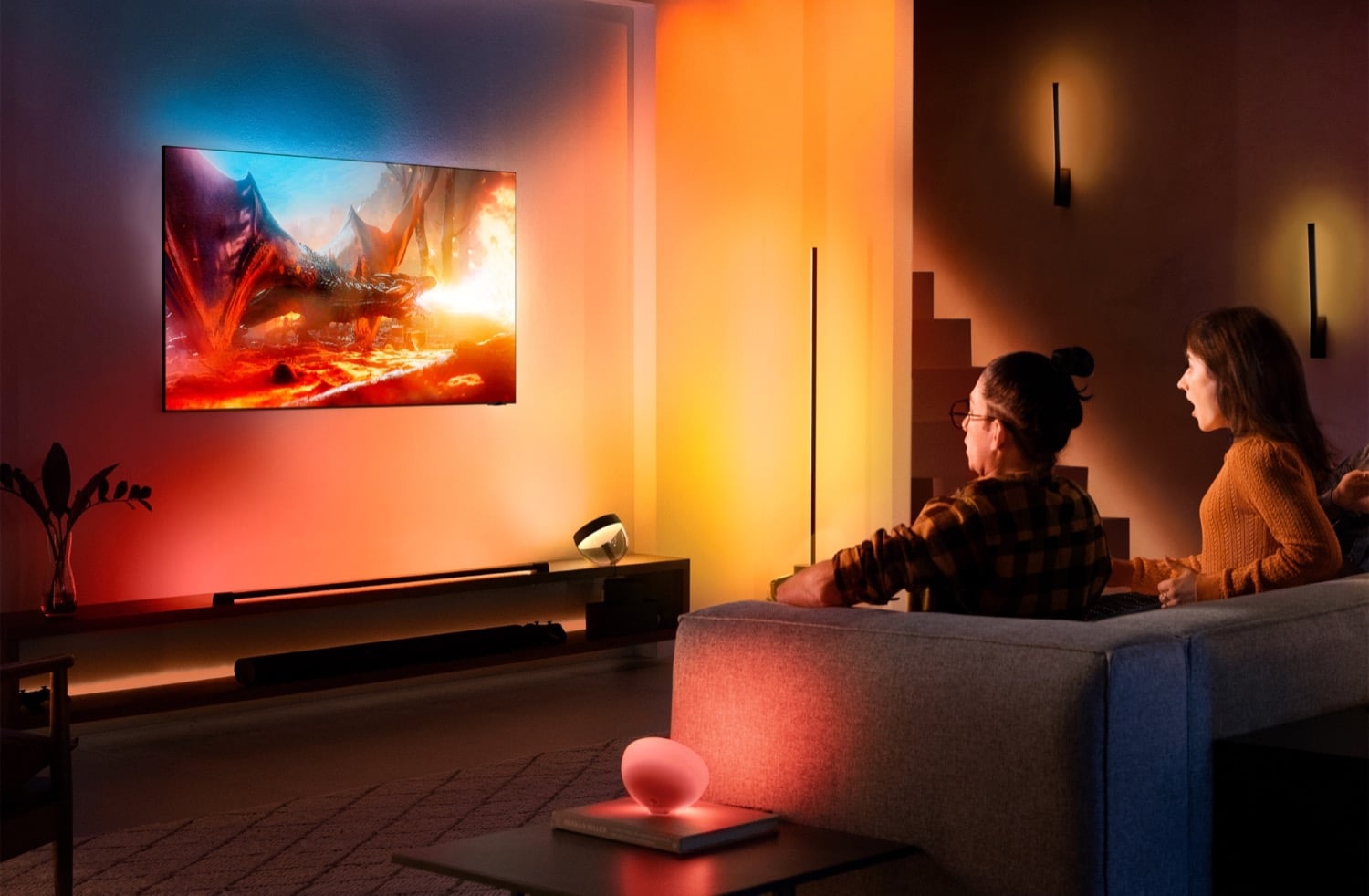 Just this afternoon I reported on the topic of Sync Box and external inputs, now there is more than interesting news from Philips Hue. At the CES in Las Vegas they announced that the Philips Hue Sync TV App will be released on Samsung Smart TVs. Owners of Samsung QLED TVs built in 2022 (from model Q60) can thus do without the Hue Sync Box.

Compared to Sync Box, the Sync TV app has a decisive advantage: not only external sources, but also internal apps and the classic TV signal can be used to light up to ten lamps in a Hue Entertainment area to match the TV picture. The app supports all picture formats including 8K, 4K and HDR 10+ as well as external sources and all built-in apps.

“This is an incredible milestone in Philips Hue’s home entertainment journey and our ever-evolving partnership with Samsung. We are proud to offer more immersive and personalized experiences with our new Philips Hue Sync TV app and look forward to bringing this new way to enable surround lighting to living rooms across the world,” says Jasper Vervoort, Business Leader Philips Hue at Signify. 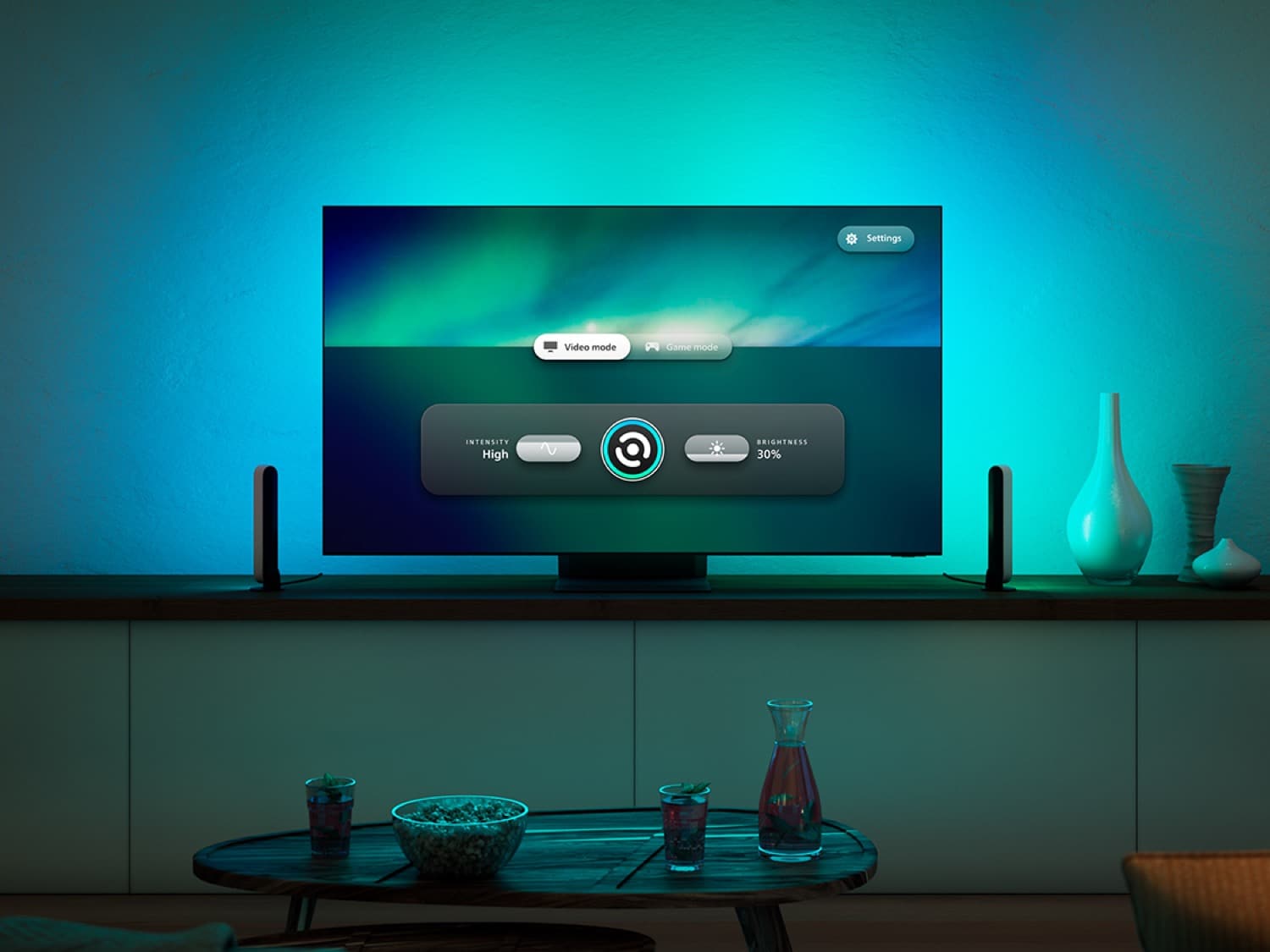 The Philips Hue Sync TV app for Samsung has a catch

The Philips Hue Sync TV app will be able to be installed directly on TVs from 5 January, with support for Samsung Smart TVs built in 2022 (Q60 model and above). However, there is a big catch: the app is not free.

129.99 euros are due for installation. Of course, that’s a lot of money, but you also have to keep an eye on the relation: For the Hue Play HDMI Sync Box, you have to put 269.99 euros on the table; the box is rarely available in stores for less than 200 euros. And unlike many other current app solutions, Philips Hue does without a subscription model for the Sync TV app, so you only have to pay once.

“We’re excited to bring the Philips Hue Sync TV app to Samsung TVs together with Philips Hue,” says James Pi, Head of Experience Planning Group, Visual Display Business at Samsung Electronics. “This innovative app offers our users a new way of experiencing TV content by immersing themselves in their favourite movie or game. It brings entertainment via our TVs to a whole new level.”

Previous articleCommunity question of the week: Sync Box and internal TV apps
Next articleCES 2023: More Hue news at a glance