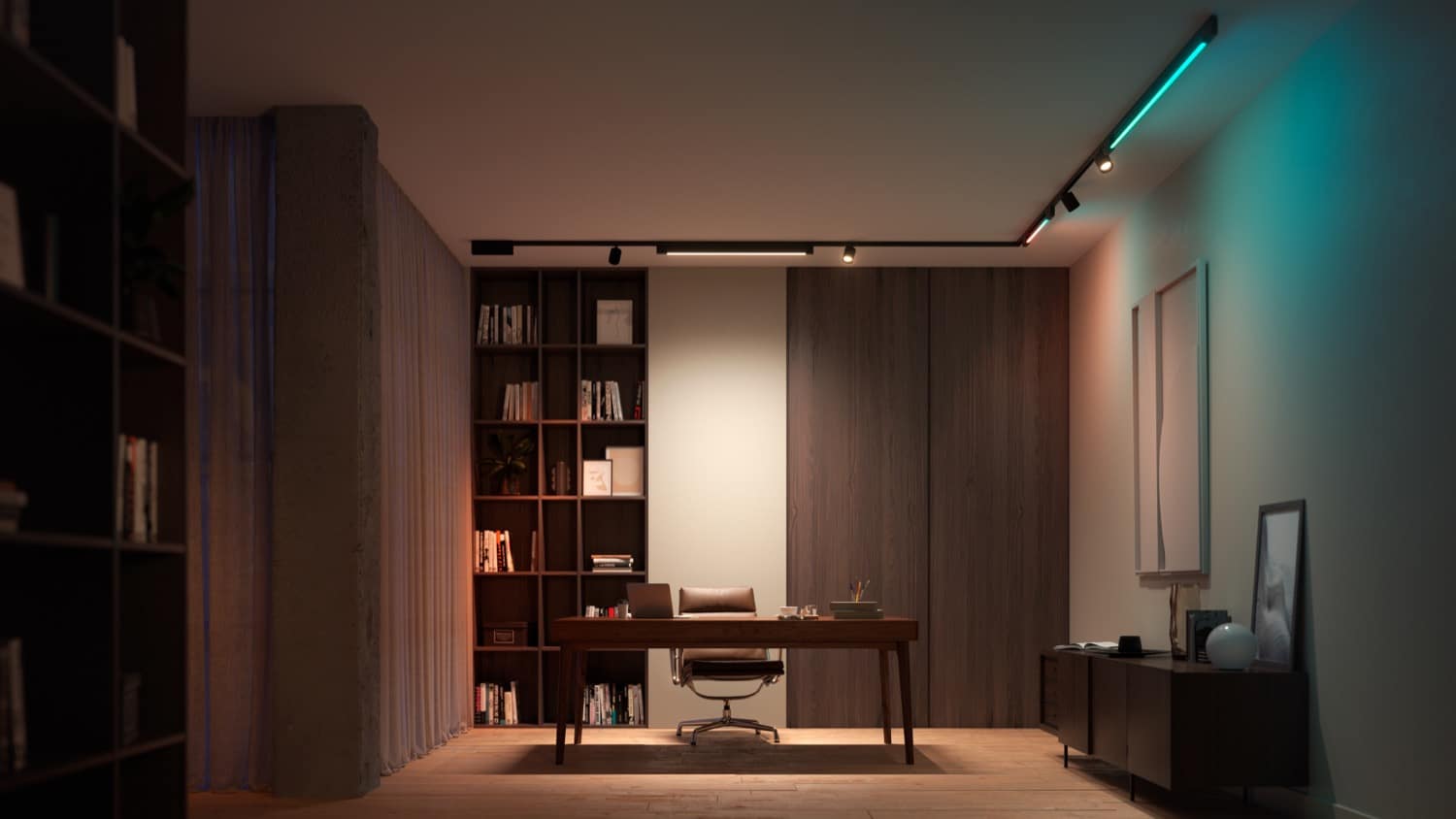 In late summer 2022, Philips Hue will launch its first own track system. Various starter sets starting at 649.99 euros can be configured with additional light sources and accessories so that you can create your very own lighting experience.

Even though I have not yet been able to install the Perifo system in my home, I have already been able to gather the first impressions for you. You can get a brief overview of the new track system in the following german-speaking video, after which I will provide you with further details here in the article.

Philips Hue Perifo brings tracks to the wall or ceiling

The Perifo system, available in white or black, will not only be flexible to assemble, but can also be mounted on walls or ceilings. When used on the ceiling, the existing lamp connection is used. For wall mounting, an external power supply unit is used, which is simply plugged into a free socket. In both cases, 100 watts of power are available for the 24-volt track system. This is enough, for example, for just under 20 spots.

These lamps are available at the start of the system

At the start of the Perifo system, you can choose from four different light sources that can be flexibly plugged into the rails. The LEDs are permanently installed in the swivelling spots and the pendant luminaires, so the maximum brightness is around 500 lumens. This is significantly more than would be possible with GU10 spots. 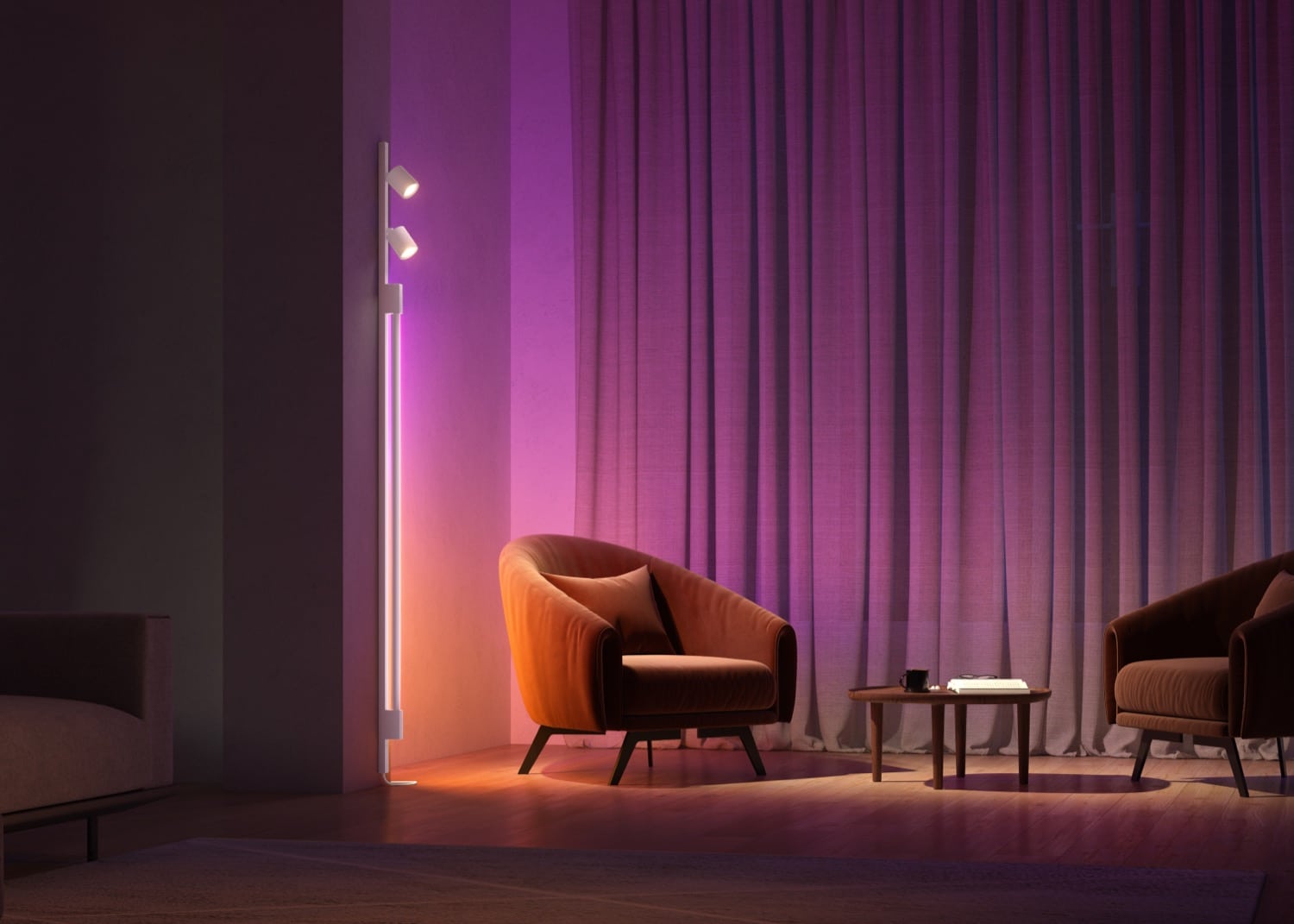 In addition, a variation of the well-known Philips Hue Play Gradient Tube is available for the Perifo system – in two different sizes. In principle, these are the already known Gradient Tubes, which have only been equipped with matching adapters for the rails. The Tubes can display colour gradients and can also be freely rotated to cast the light in the desired direction.

These accessories will be available for the Perifo system 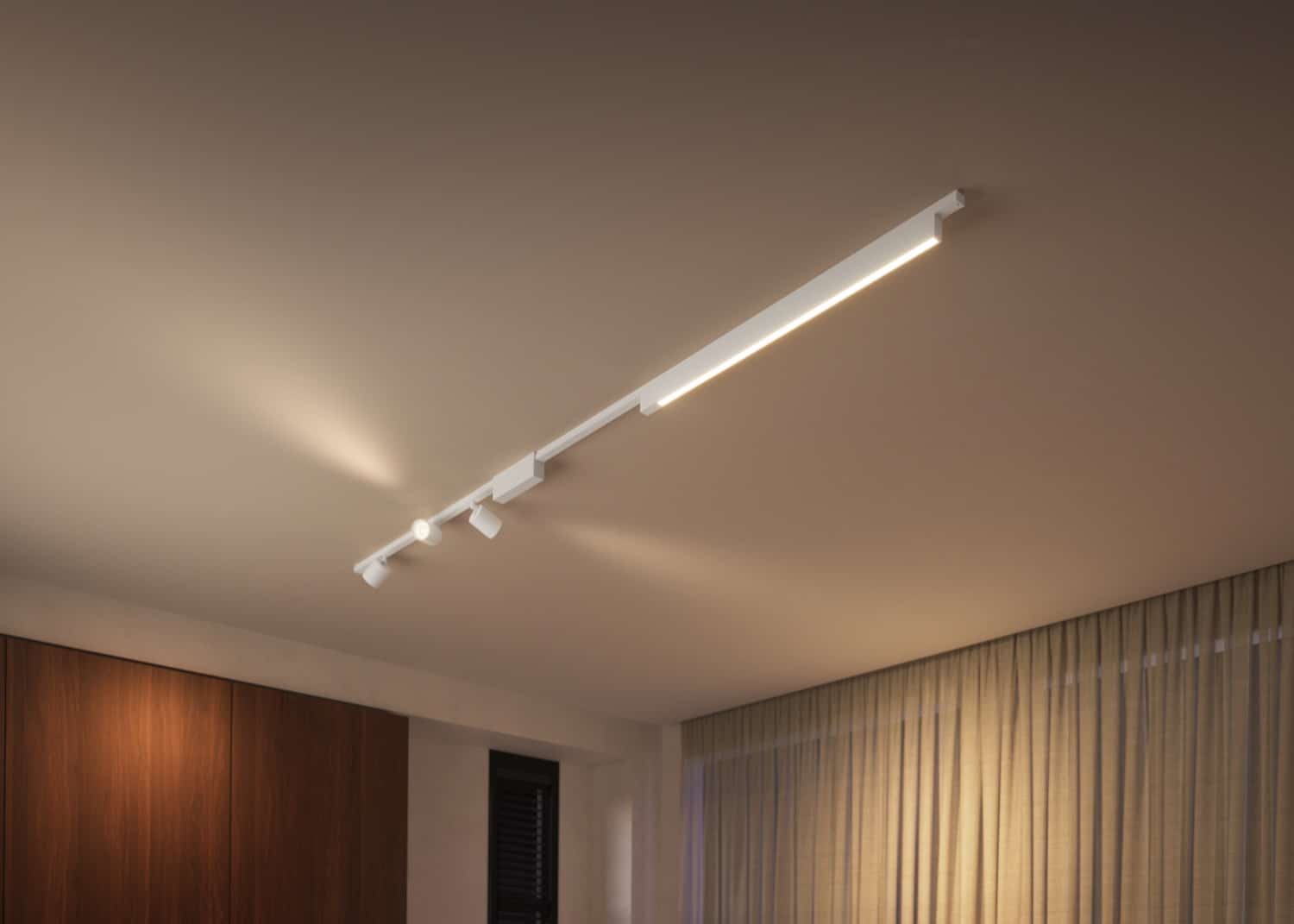 These are the prices for the Perifo system

When the Philips Hue Perifo track system launches in late summer, various starter sets and additional accessories will be available. Philips Hue plans to offer a configurator on its website to find the right products. Here is an overview of the planned euro prices:

Certainly not cheap, but in my opinion very high quality and with possibilities that no other manufacturer of track systems has offered so far. I will definitely take a closer look at the Perifo tracks as soon as I can try them out myself.