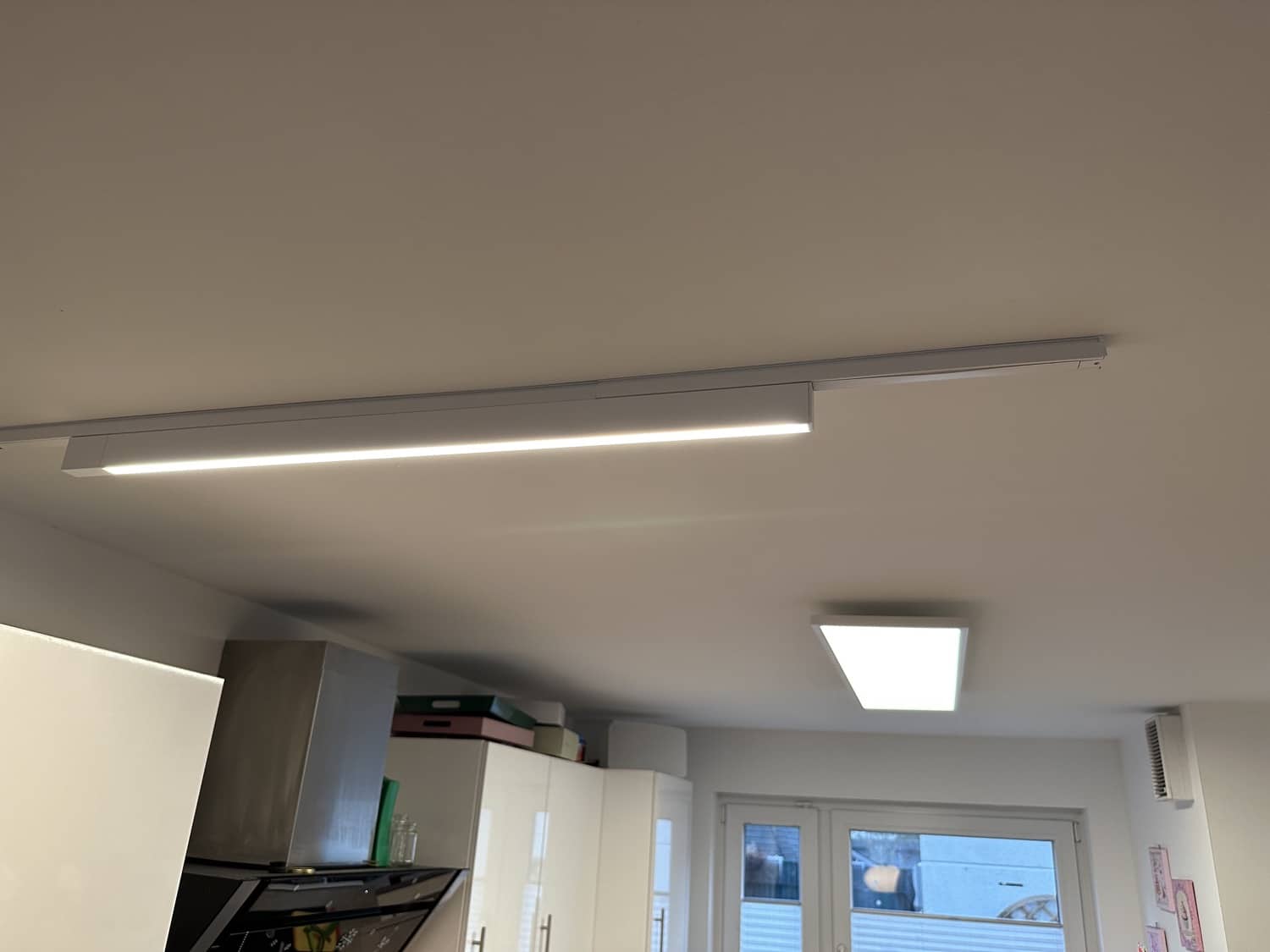 Light source for the track system

I have already reported several times about the Philips Hue Perifo track system, which was released in summer 2022. While I have already installed the spots in my kitchen, I have not yet tested the Hue Perifo Linear Lightbar. Today we want to change that.

The technical data of the 95-centimetre-long lightbar, which can simply be plugged into a Perifo rail, are impressive. From a maximum output of 29 watts, the Linear Lightbar can produce a brightness of 2,050 lumens at 4,000 Kelvin. Even more impressive, however, is the fact that it is still 1,700 lumens at standard white (2,700 Kelvin). In addition, the light source can also display all 16 million colours, but loses noticeably in brightness here.

As bright as seven Philips Hue spots together

Most of the time, however, the Linear Lightbar will probably be used to display white light anyway. And in view of the extremely high brightness, the price of 199.99 euros for the light itself is no longer that high. For comparison: a single GU10 spot from Philips Hue produces a maximum of 250 lumens in standard white. The Linear Lightbar is therefore almost as bright as seven Philips Hue GU10 spots together. 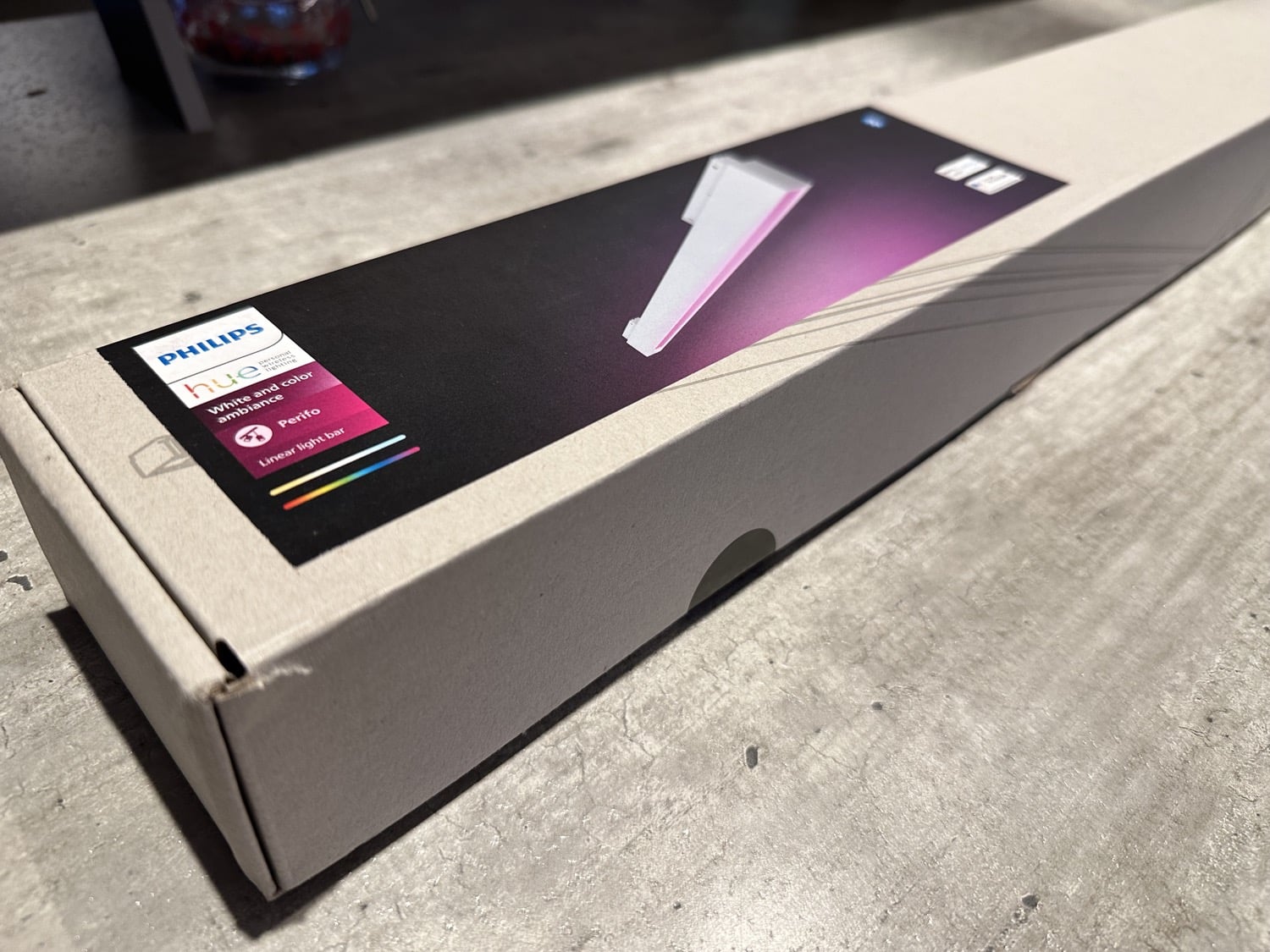 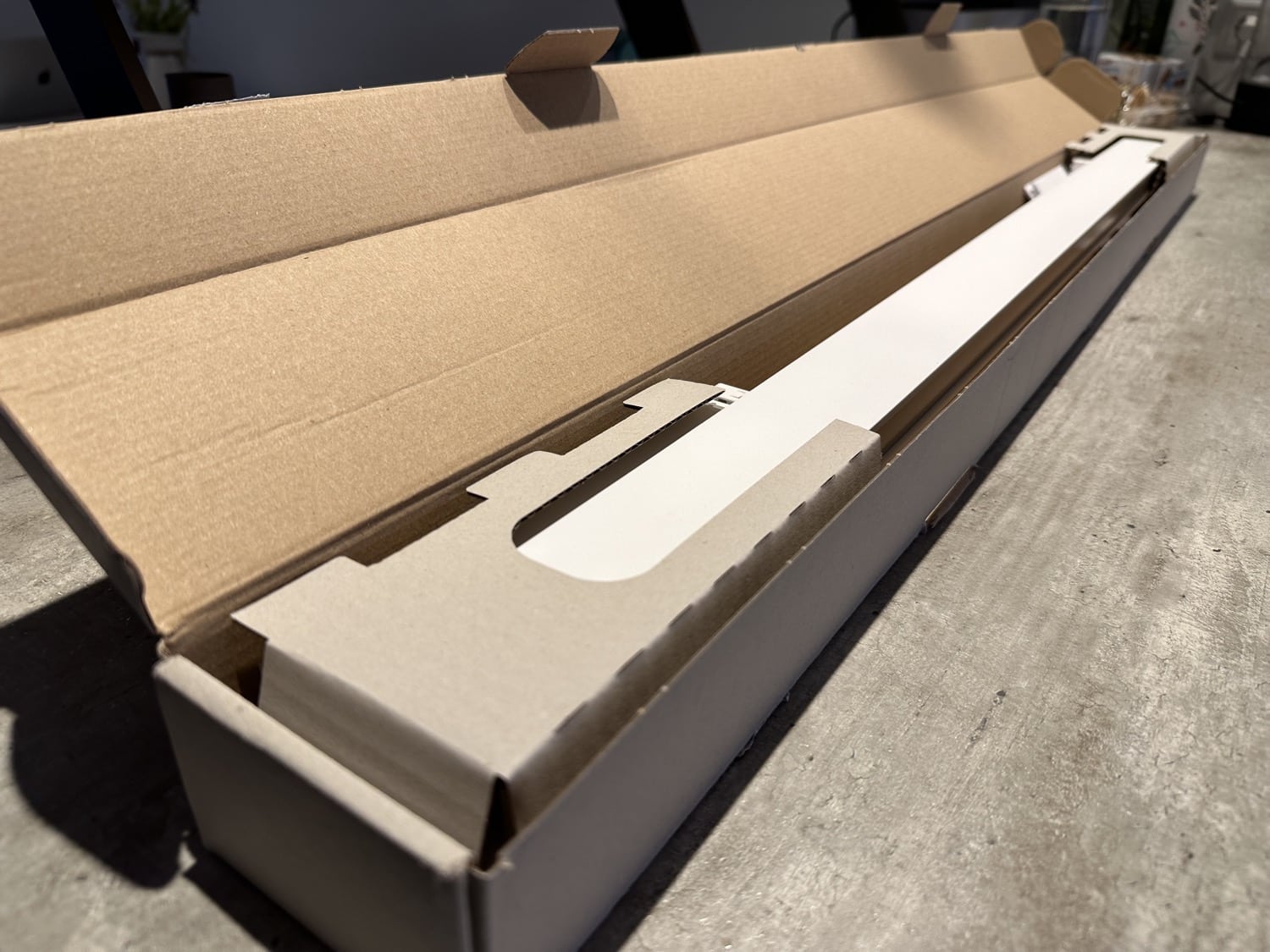 The illumination is absolutely consistent over the entire length, if at all it decreases a little at the very edge – but here we are not even talking about the last centimetres, but rather millimetres. Perfectly normal, if you ask me. Of the 95 centimetres, however, only 87.5 centimetres are illuminated. On one side, there is a small box, about 6.5 centimetres in size, which presumably contains the necessary hardware stuff.

Very interesting: on the side that is plugged into the Perifo rail, the Linear Lightbar has two holders. There is about 59 centimetres of space between these brackets. In this area, the lightbar can easily overcome a connecting piece between two Perifo rail sections. The installation is as easy as can be anyway: Simply plug it into the rail and configure it directly afterwards as normal via the Hue app.

As far as the illumination and brightness are concerned, I immediately noticed a difference compared to the three Perifo spots installed so far, which together are really bright with around 1,500 lumens. There is a little more light, and the illumination is even more even. No wonder, because there are about 50 centimetres between each of the three spots in my installation.

I’m not sure yet whether I’ll install the Linear Lightbar or the three spots in my kitchen. I might even extend my rail a bit more. In the end, it certainly depends on personal taste. On its own, however, I think the Philips Hue Perifo Lineare Lightbar is a great light source.