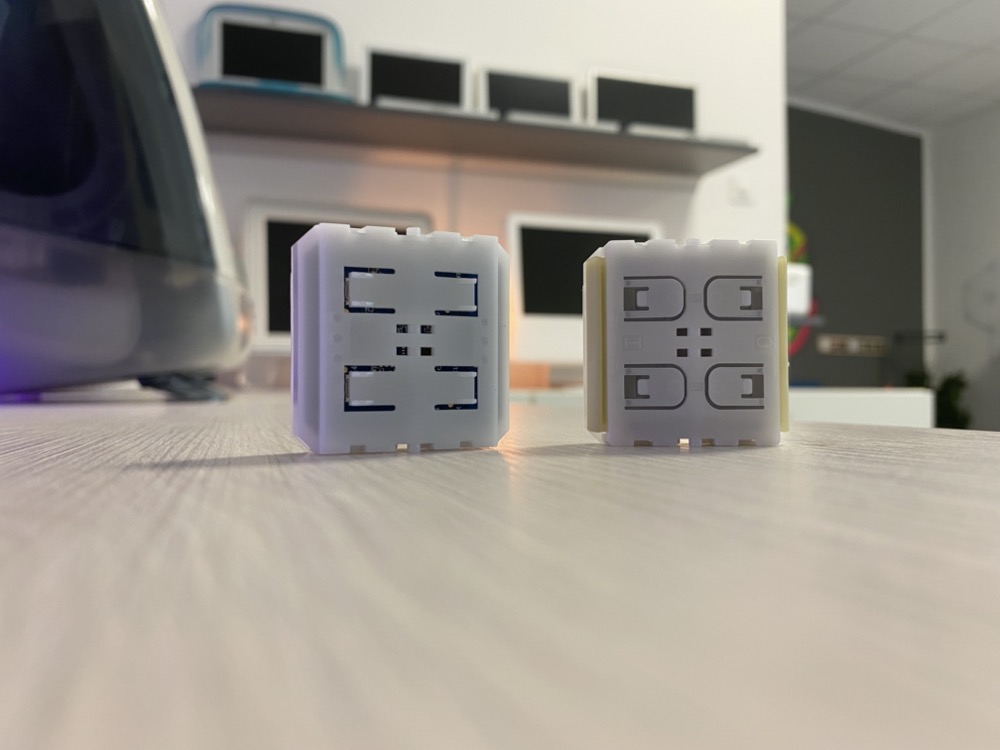 I have already reported several times about the Sunricher module, which is equipped with a battery and can be used in the Hue app just like a normal Friends of Hue switch. Since no kinetic energy has to be generated, the switch is much quieter when pressed. However, the frame and rocker, which Sunricher supplies as standard, are not really of good quality.

A project by the Danish 3D printer experts Lab3D could therefore be interesting, which I will definitely take a closer look at shortly. Using a Sunricher module as a base, they have developed two light switches of their own that are quite different from the add-on. These can be mounted either on a flat wall or above an empty socket. 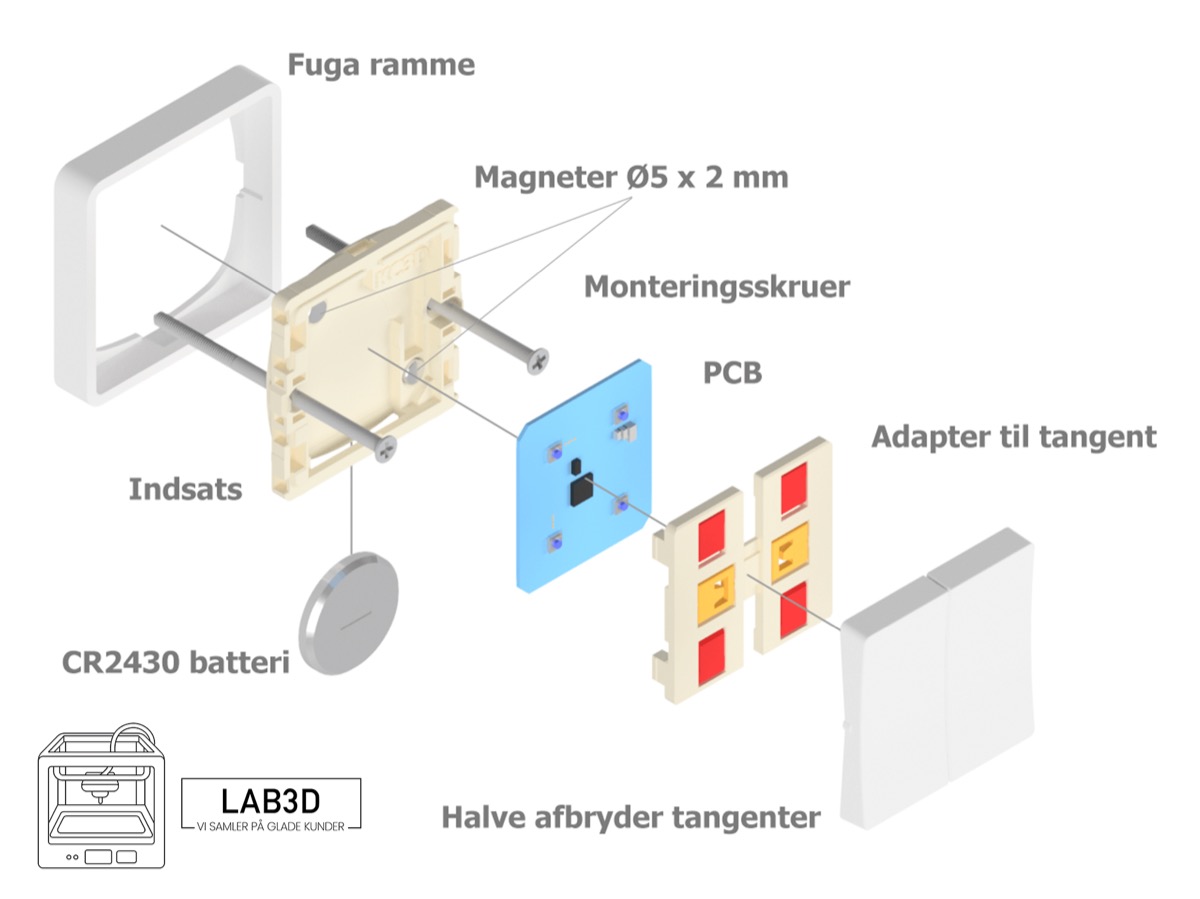 Functionally, of course, there will be no differences here to normal Friends of Hue switches. However, it will definitely be interesting to see how this modified switch from the 3D printer will perform in terms of feel and material. There are two variants: One with two simple rockers or with horizontally arranged, printed rockers.

The price is currently listed at 449 Danish kroner, which is the equivalent of about 60 euros. In the meantime, Lab3D also ships to other countries; to Germany, for example, the shipping costs are around 13 euros. At the moment, however, there are still some hurdles to using the website, because there is no English translation. As I understand it from the team, they also want to take a look at the European region in the future – I’ll definitely keep an eye on things for you. 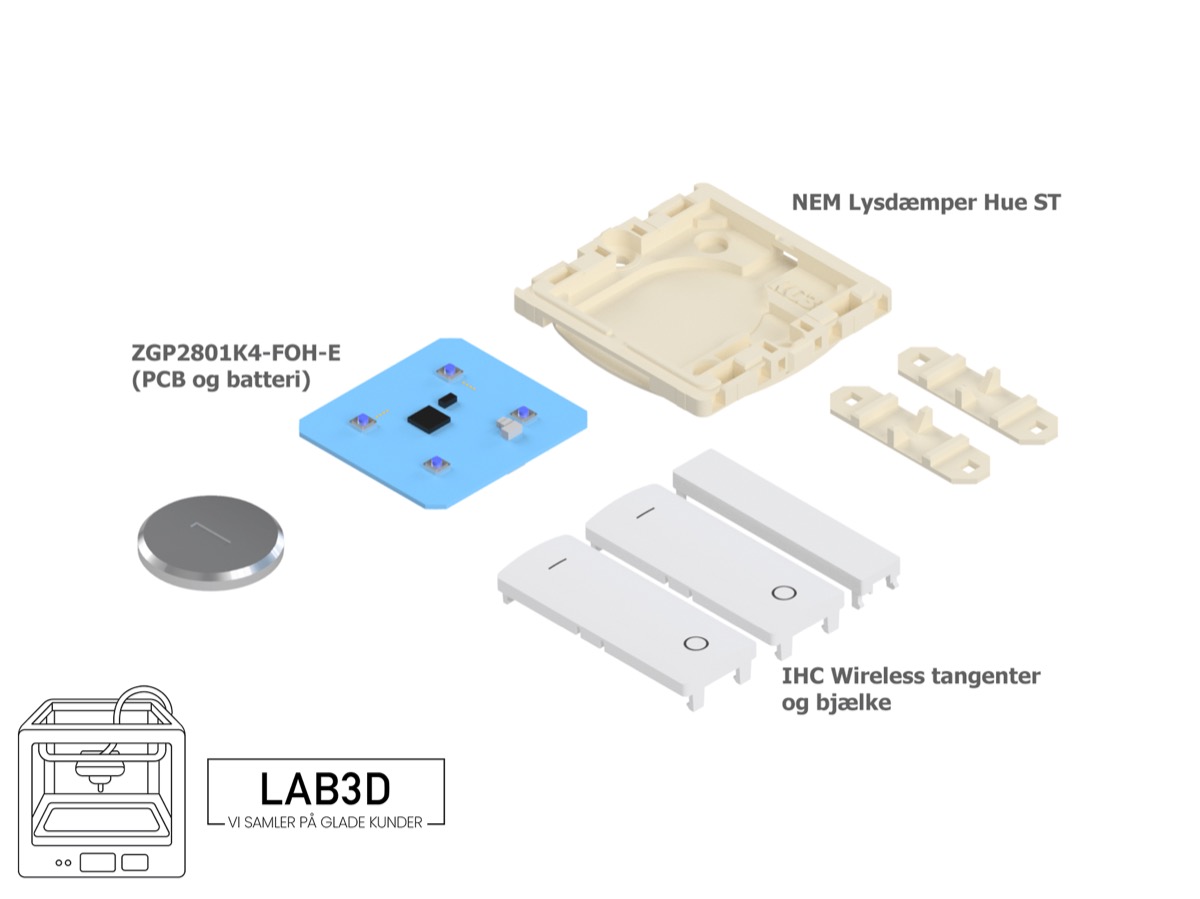