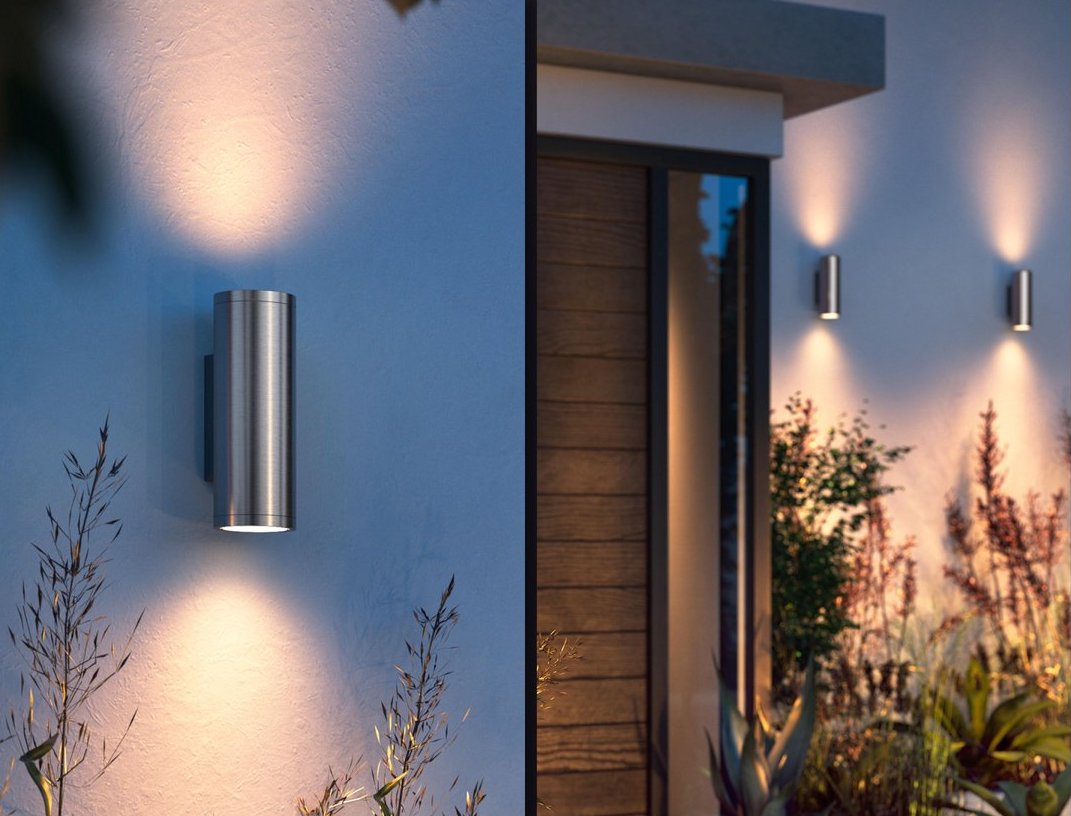 The last Philips Hue ceiling light I installed was the Hue Flourish pendant and let me tell you, it was a cramp and impossible on its own. With the latest ceiling light from the Hue portfolio, the Hue Centris, the installation has already been simplified considerably – here, a carabiner is used with which you can clamp the light to the fixture so that you can do the wiring in a relaxed manner and without a helping hand.

While researching another topic, I discovered by chance that Philips Hue has also come up with something for the next generation of its wall lights. This time, it’s about the not yet officially announced Philips Hue Appear in stainless steel look, which, by the way, will be exactly 10 euros more expensive than the black aluminium version at 149.99 euros.

Let’s first take a look at the already available version with the old suspension. In the official product photos, Philips Hue has captured the problem quite well: You have to hold the wall lamp and tighten the screws of the chandelier clamp with the other hand to fix the cables. Quite a cramp.

In comparison, a picture of the new stainless steel version. Here, too, the bracket is first mounted on the wall, but the luster terminal is fixed there. The wall light itself is then just put on, with a kind of plug with two contacts connecting the two power cables. Of course, this looks much more relaxed.

I will of course find out for you exactly how the new mechanism works. It shouldn’t be too long until the final release of the new stainless steel Hue Appear.