More than eight years after the launch of Philips Hue, there is finally a solution to probably the biggest problem of the system. With the new Philips Hue Wall Switch Module, all classic light switches can be integrated into the system. The in-wall switch presented today is to be launched on the market in a few weeks at what I consider a fair price.

The new Philips Hue Wall Switch Module will probably be available in Europe from the beginning of March, officially there is talk of “spring”. In North America, the product will be released in the summer. The price for a single module is 39.99 euros, the double pack is available for 69.99 euros. The new product will initially be sold exclusively via Philips Hue’s own online shop. 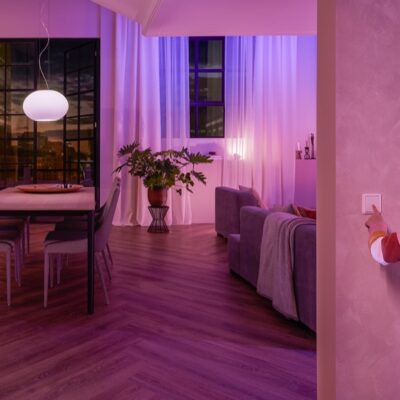 The new Philips Hue wall switch module is the ideal addition to any Philips Hue set up. Installed behind existing light switches, it allows users to turn their existing switch into a smart switch and ensures their smart lighting is always reachable. Whether it is via the app or via voice control: no more getting up from the couch to turn on the switches that a family member or house guest might have turned off. Additionally, in the Hue app you can simply select light scenes and customize how the switch functions to personalize the ambiance even more. The Philips Hue wall switch module is battery powered and has a minimum battery life of at least five years. 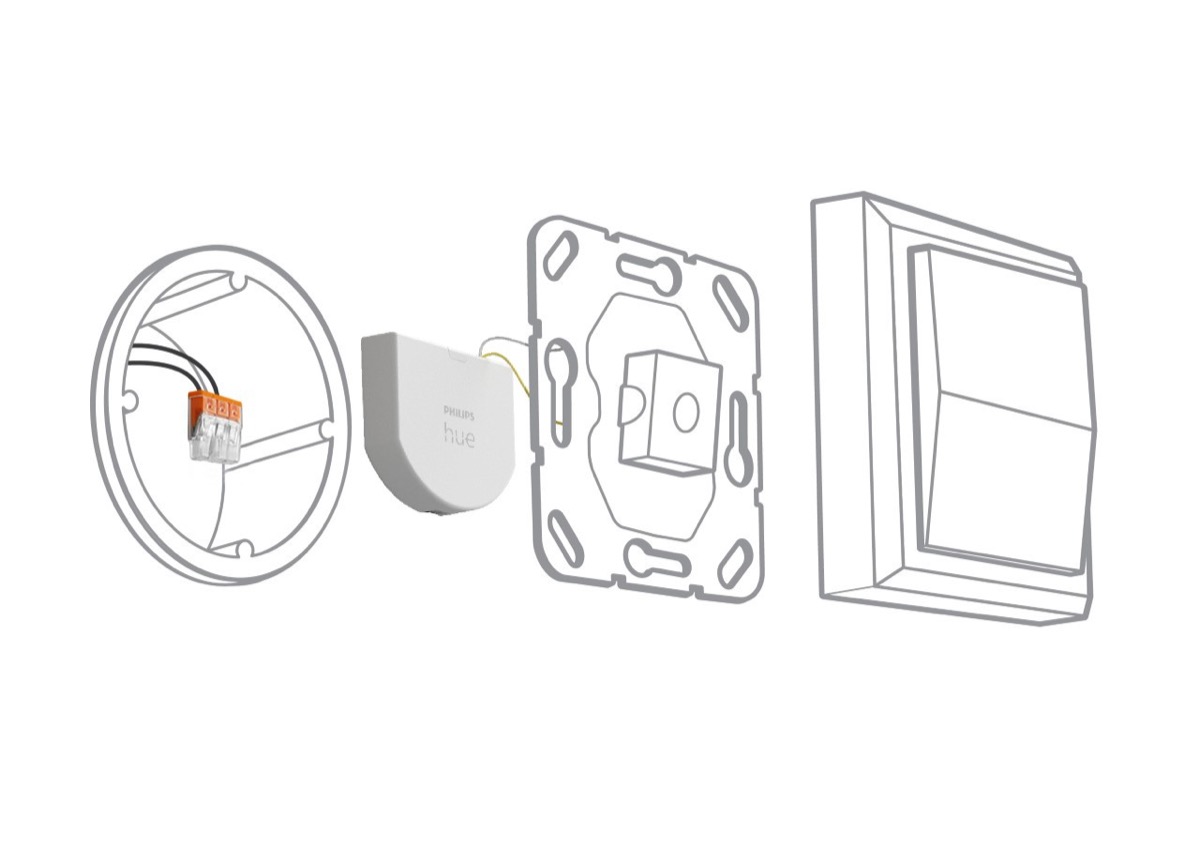 In the Hue app, after the installation, three scenes can be placed on the light switch, which can be activated by switching it on and off multiple times. Of course, the scenes can not only control the ceiling lights, but also any light paired with the Hue Bridge.

Before I can present the Philips Hue Wall Switch Module to you in detail, hopefully before the market launch, I will give you some more details about the product announced today in a separate article later today.