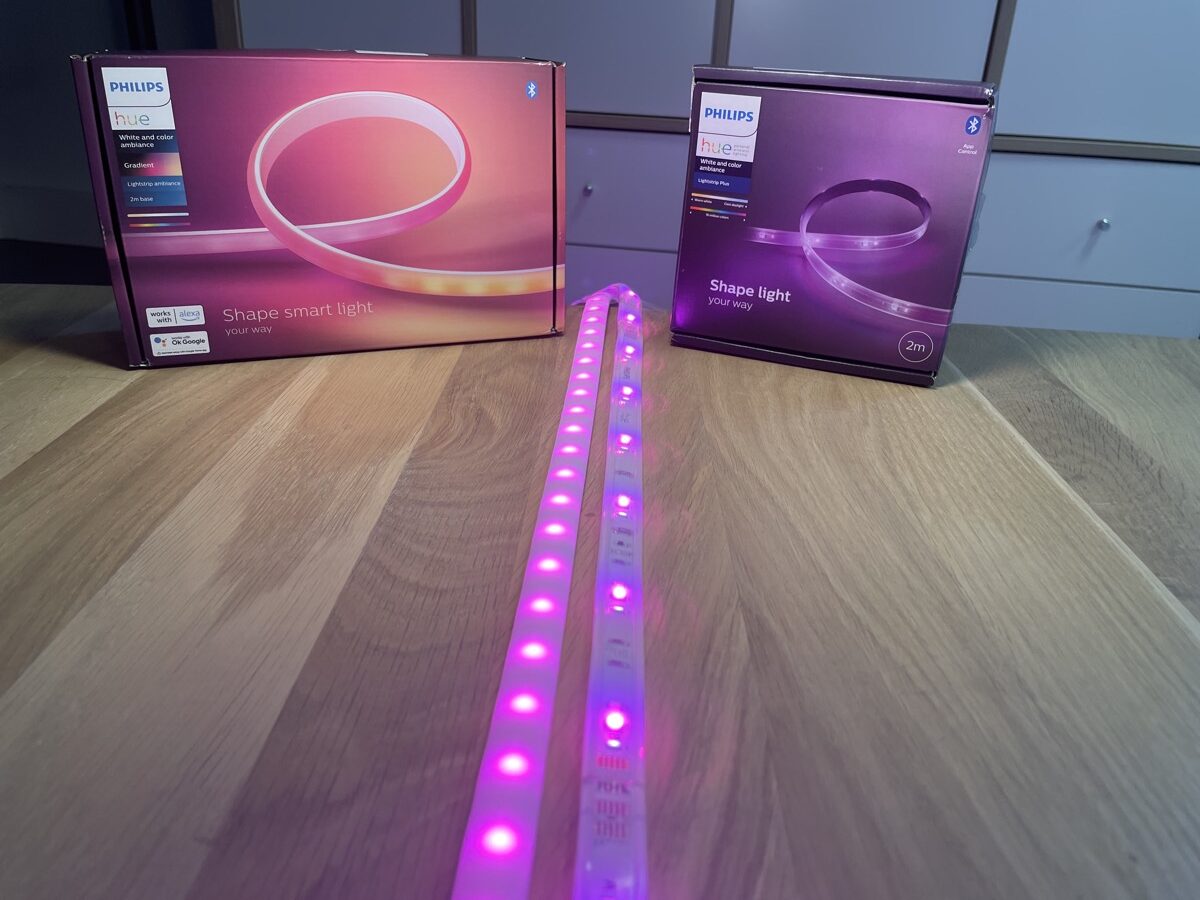 This is what the Ambiance Gradient Lightstrip looks like inside

Can be shortened every 12.5 centimetres

The new Philips Hue Ambiance Gradient Lightstrip has really inspired me personally, even though it is anything but cheap with a price of almost 150 euros for 2 metres. Regardless of whether you focus on the functionality, the workmanship or the technology – the new release is an enormous improvement in all respects compared to the Philips Hue Lightstrip Plus, which will, however, still be available.

I wondered what the actual LED strip inside the milky silicone shell looks like and just had a look for you too. It is really impressive how many LEDs the manufacturer has placed on the new Ambiance Gradient Lightstrip – especially in comparison with the normal Lightstrip Plus, of course. But just take a look for yourself: 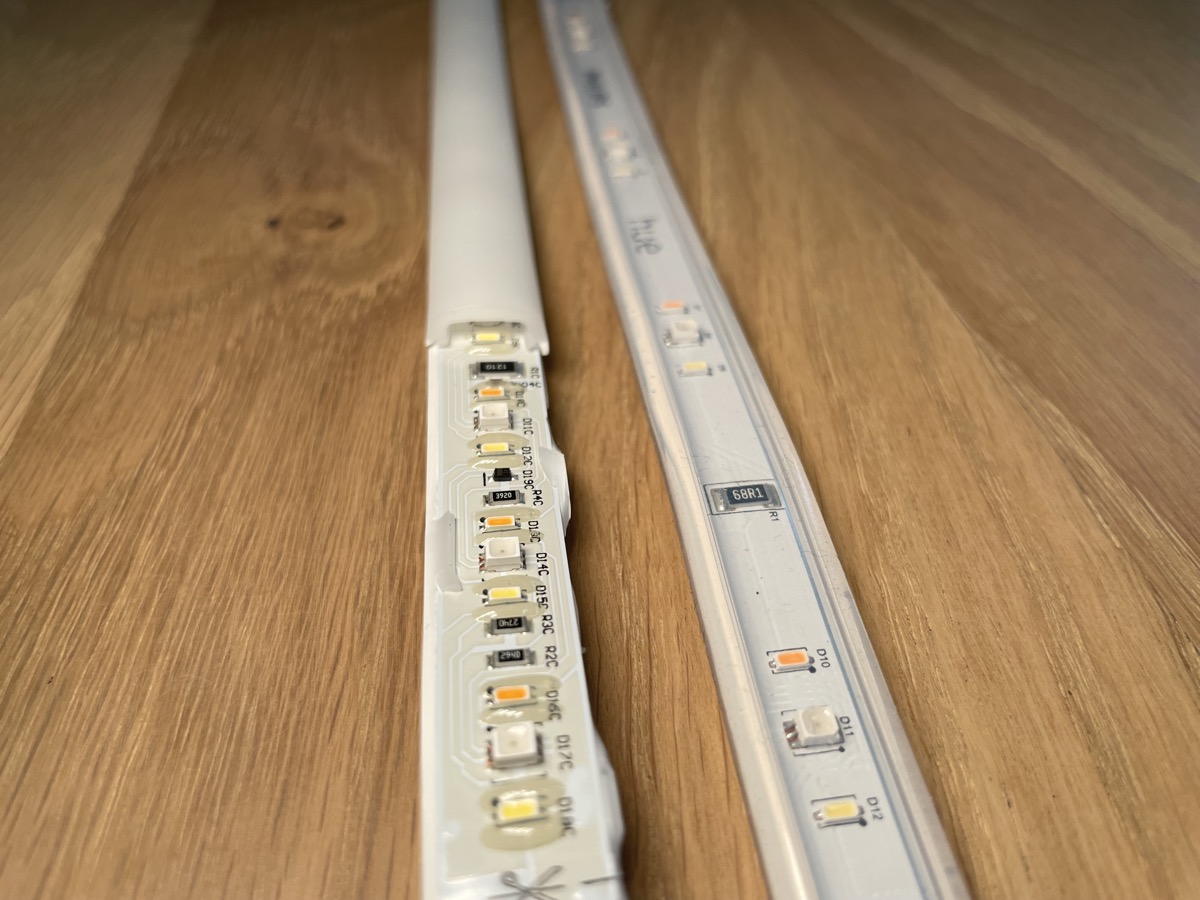 I have already explained in detail in my review what difference this makes in practice. If you don’t have time for that or just want to see it again, here is a direct comparison of the two light strips with the same setting: 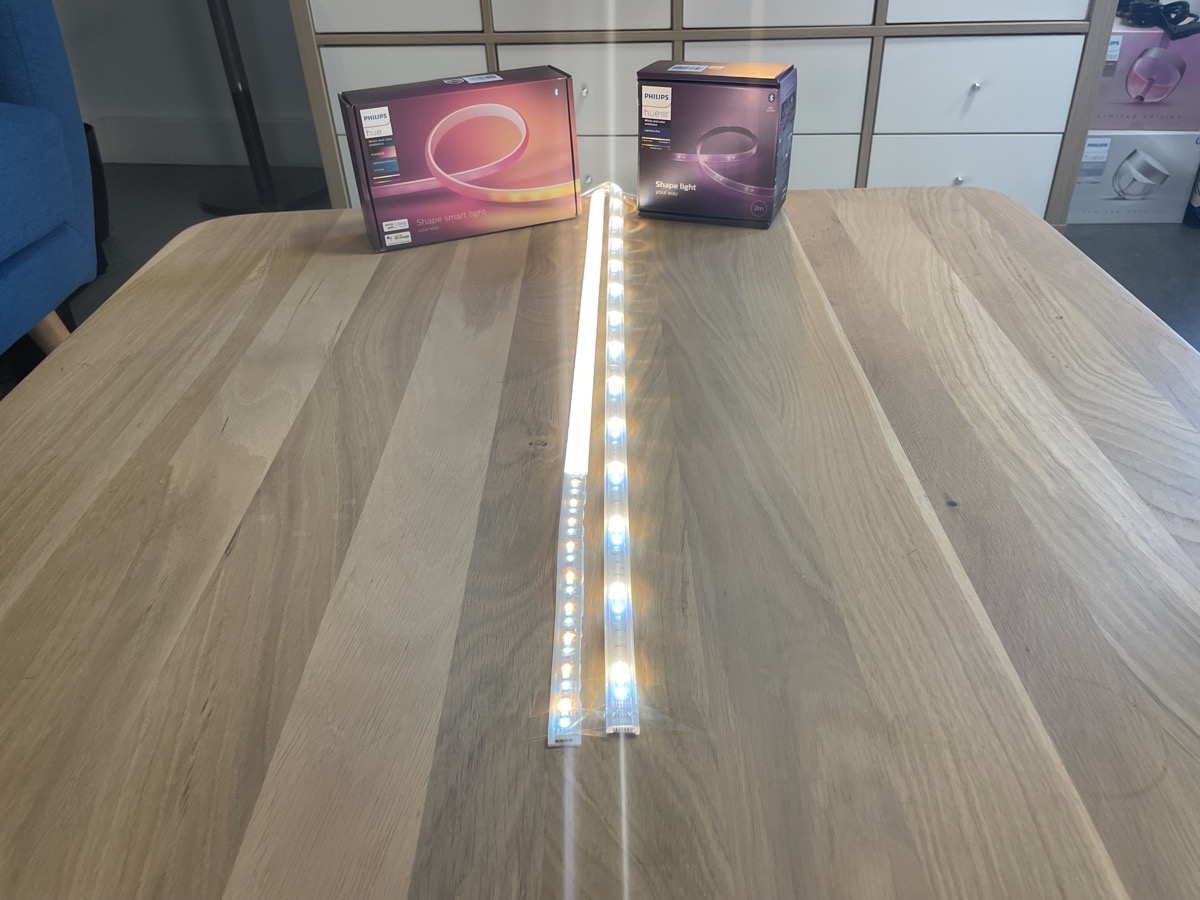 Ambiance Gradient Lightstrip can be shortened in more places than specified

There was one thing I wondered about in my review, though: According to the small markings on the Ambiance Gradient Lightstrip, it should only be possible to shorten it every 25 centimetres. George Yianni, CTO at Signify and inventor of Philips Hue, had stated in a conversation with me shortly before that the new light strip could be shortened every 12.5 centimetres. Compared to the 33 centimetres of the “old” Lightstrip Plus, this would be a great improvement in flexibility.

And what can I tell you? The boss is right. There are indeed cut marks every 12.5 centimetres on the naked light strip: 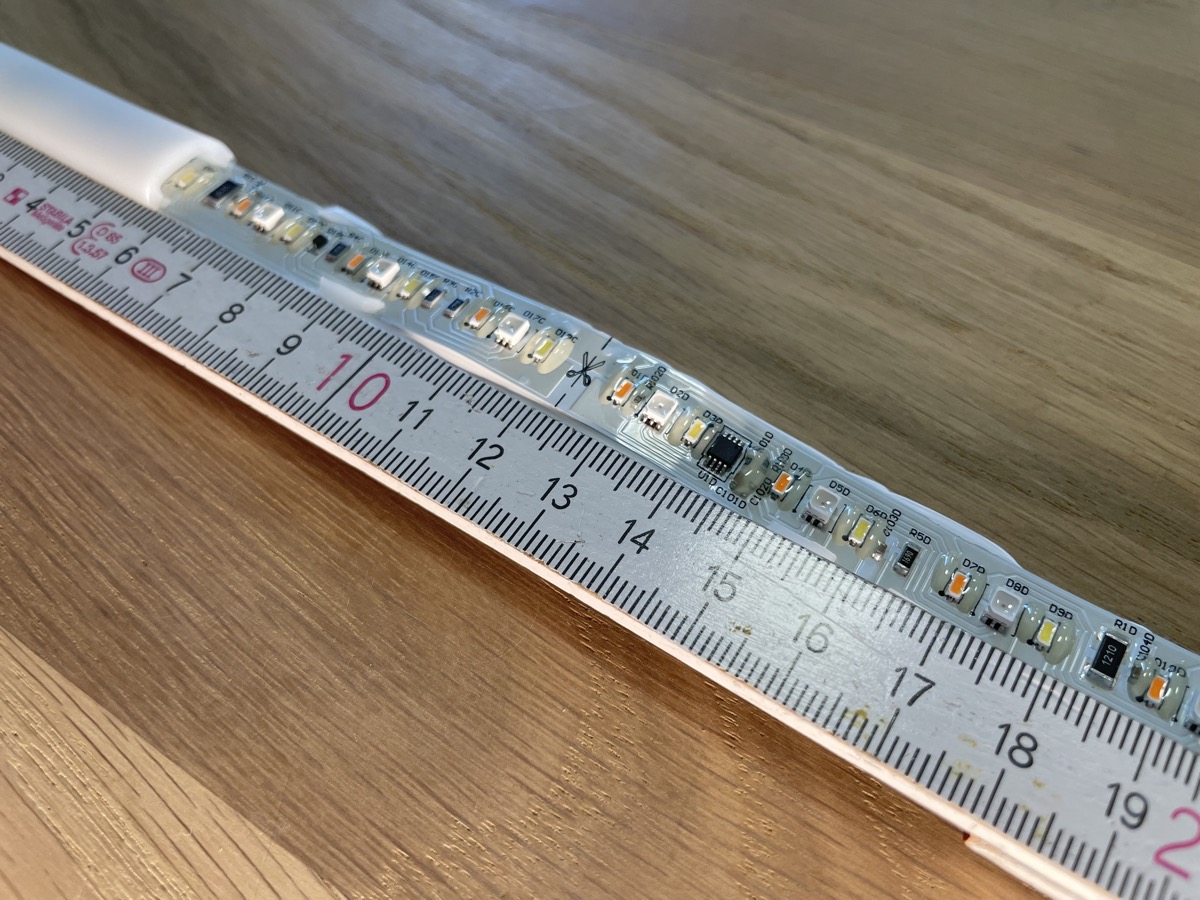 Now, for the life of me, I don’t understand what exactly went wrong with Philips Hue that the externally visible markings on the lightstrip were only placed at every second cutting point. Why? I have absolutely no explanation for this.