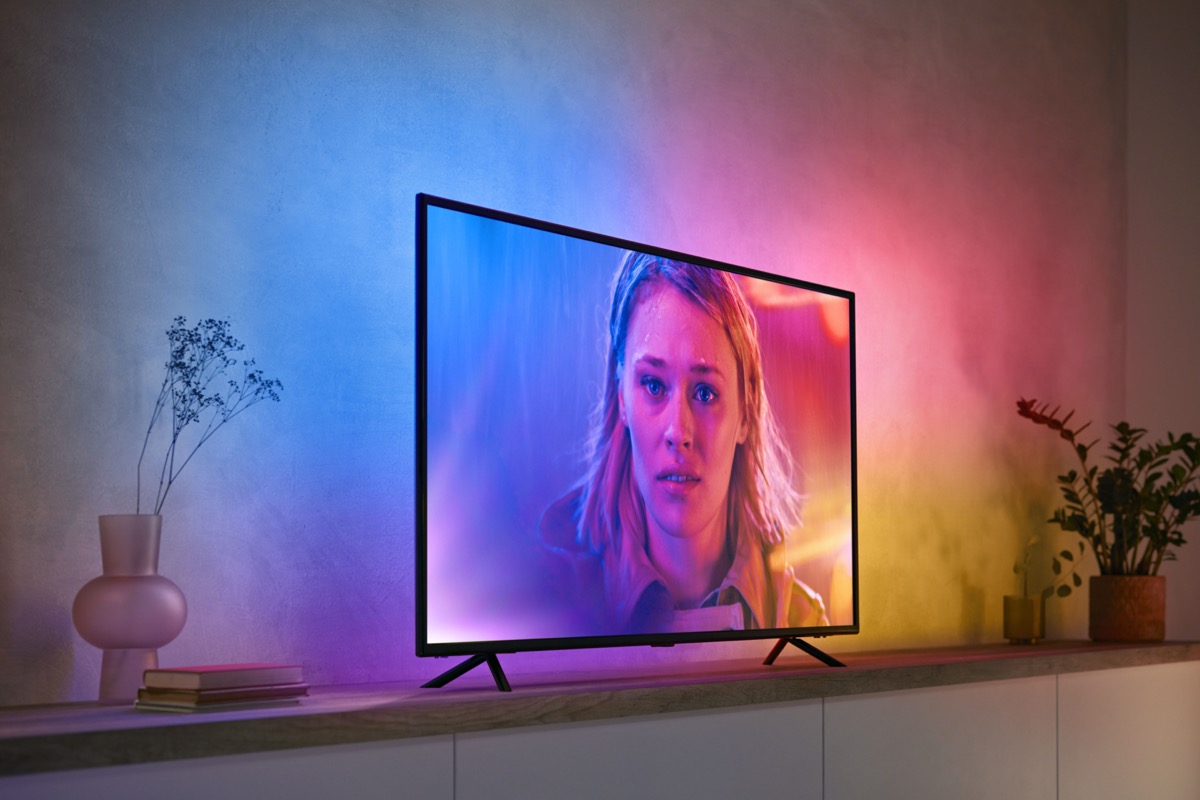 This is the Philips Hue Gradient Lightstrip Ambiance

When I asked you at the beginning of 2020 what a new light strip should be able to do, over 40 percent of you answered that it should be able to display several colours at the same time. In the meantime, the Philips Hue Play Gradient Lightstrip is on the market, but it is specially designed to be mounted behind a TV. Soon there will be another light strip that can display multiple colours.

The new product, which has not yet been officially announced, is called Philips Hue Gradient Lightstrip Ambiance. The two-metre long light strip will offer a very special function: It can display several colours at the same time. Exactly how many is still unclear. In all likelihood, this will be made possible by the new dynamic scenes that Philips Hue will make available as an update this summer. 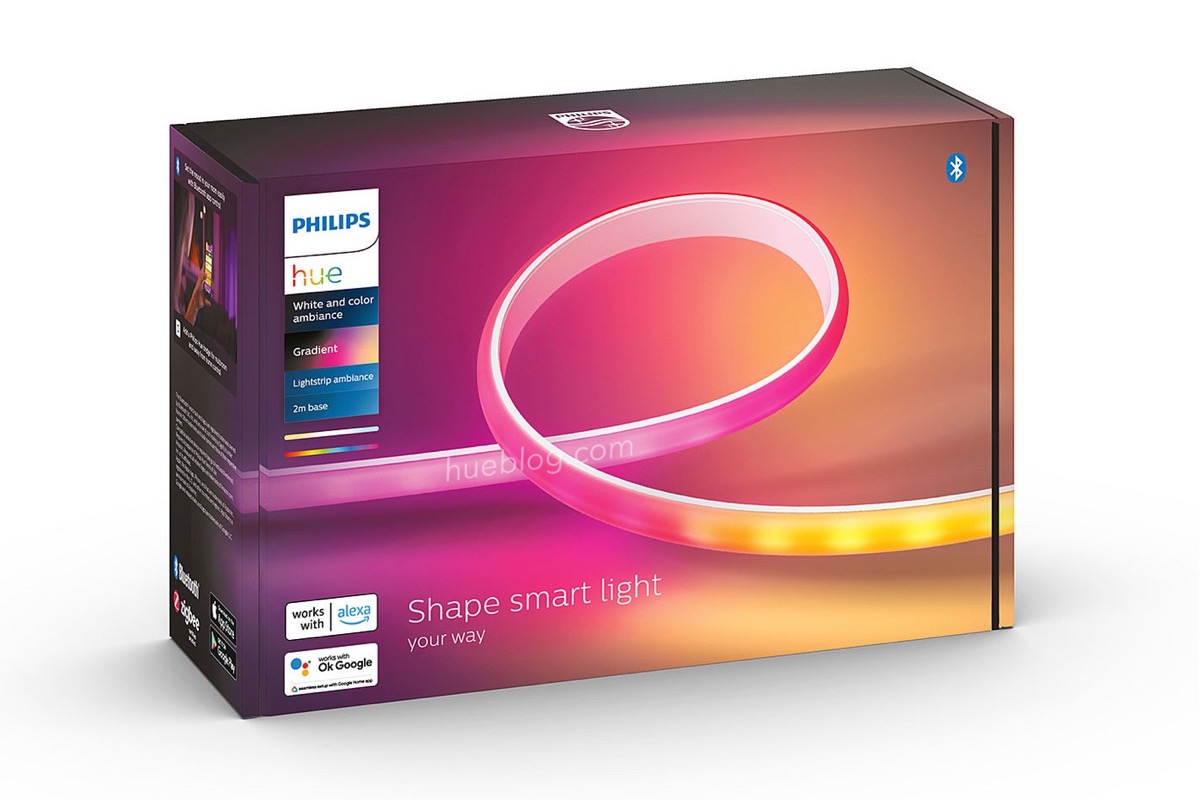 In contrast to the Play Gradient Light Strip, the new light strip will have a back with double-sided adhesive tape so that it can be mounted flexibly. As a “White and Color Ambiance” product, it will be able to display 16 million colours in addition to white tones. However, you will have to pay extra for the gradient function. While the normal Lightstrip Plus costs 80 euros, the new Gradient Lightstrip Ambiance will cost around 130 euros.

If the length of two metres is not enough for you, the Philips Hue Gradient Lightstrip Ambiance also offers the option of connecting one or hopefully several extensions with a length of one metre each. The extensions are expected to cost around 60 euros. 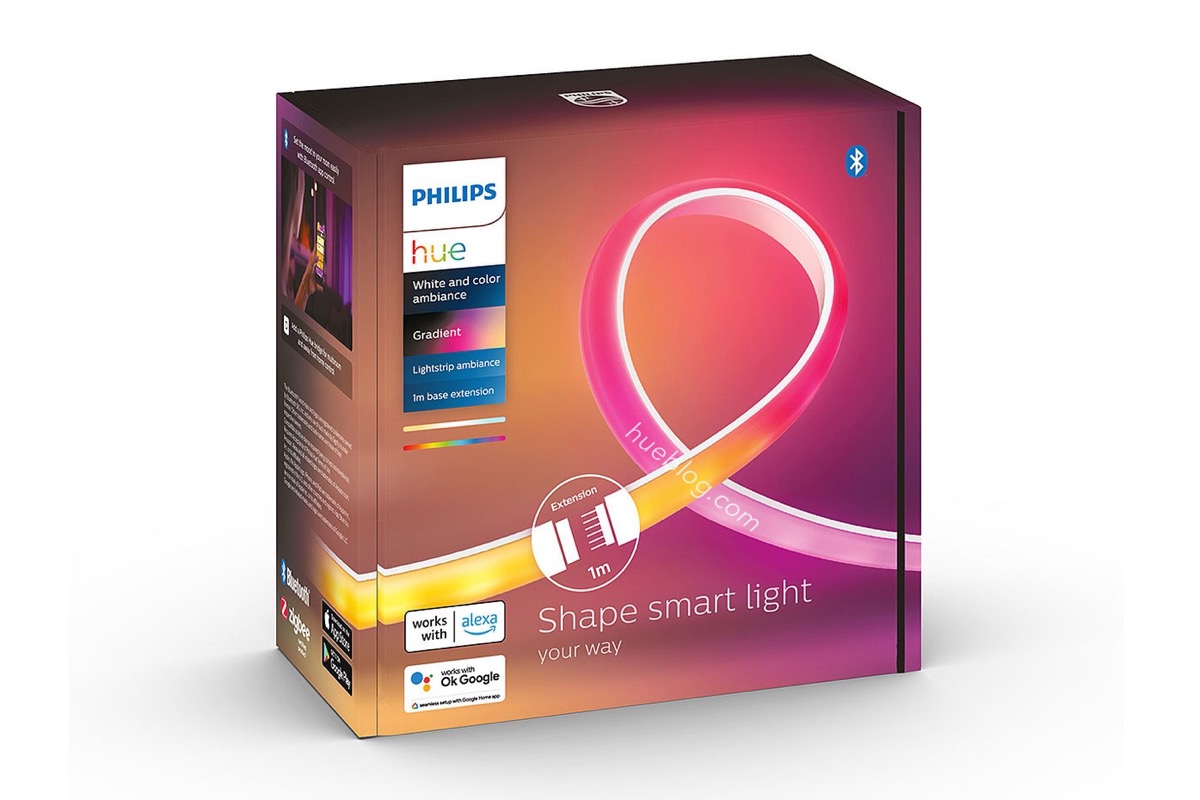 Exact brightness is not yet known

Some details are still open at the moment. Besides the number of colour segments the Gradient Lightstrip Ambiance has, the exact brightness is still unknown. It will also be exciting to see whether the new light strip can be cut and shortened between the individual segments. As soon as I have more information on this, I will definitely report back. I have already introduced you to some other new products that will also be presented in September  – and maybe there are even more surprises…