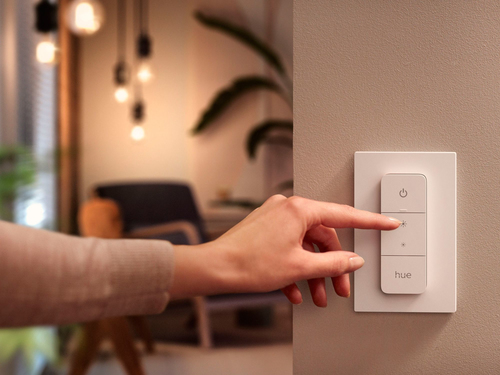 Today, I can share another glimpse of a new product with you: Philips Hue will update its popular and well-known dimmer switch in the near future. We have known it in its current form for some years now. The new version will look a lot more modern, but will offer the same functions.

Let’s just take a look at the details. It is immediately noticeable that the dimmer switch no longer has four buttons, but only three. However, this is only a change of optical nature, because the two middle buttons for dimming have been combined into one rocker. Also nice: the on button now has a small marking so that you can also “blindly” hit the right button. 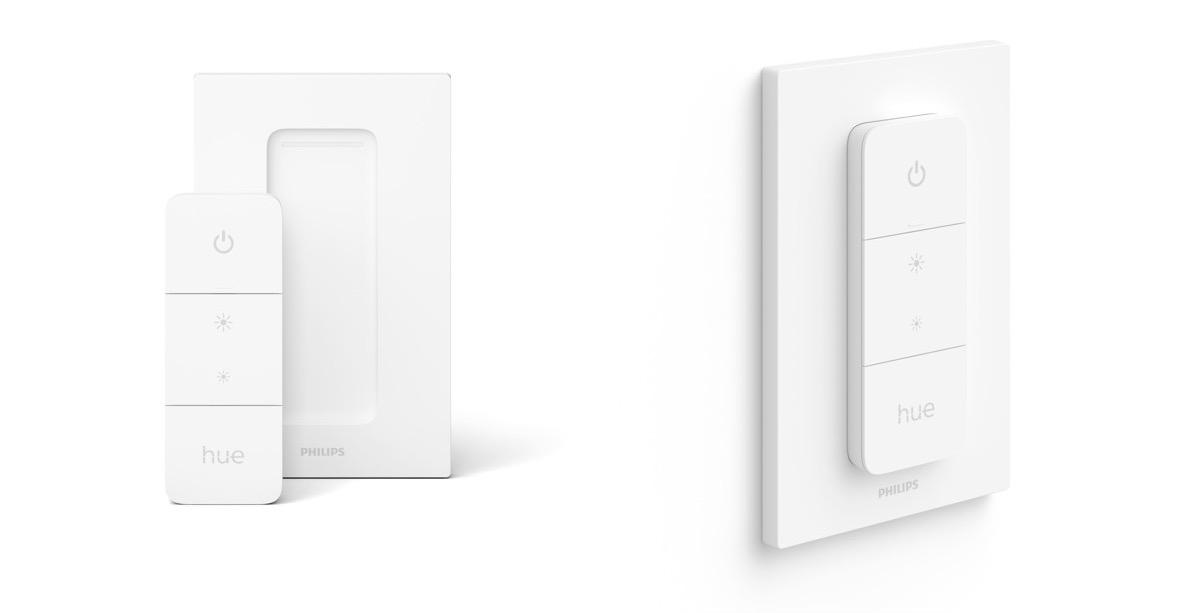 In addition, the material now looks a bit more noble, apparently a matt plastic is used. It is also noticeable that the corners of the Philips Hue dimmer switch are much more rounded in the next generation.