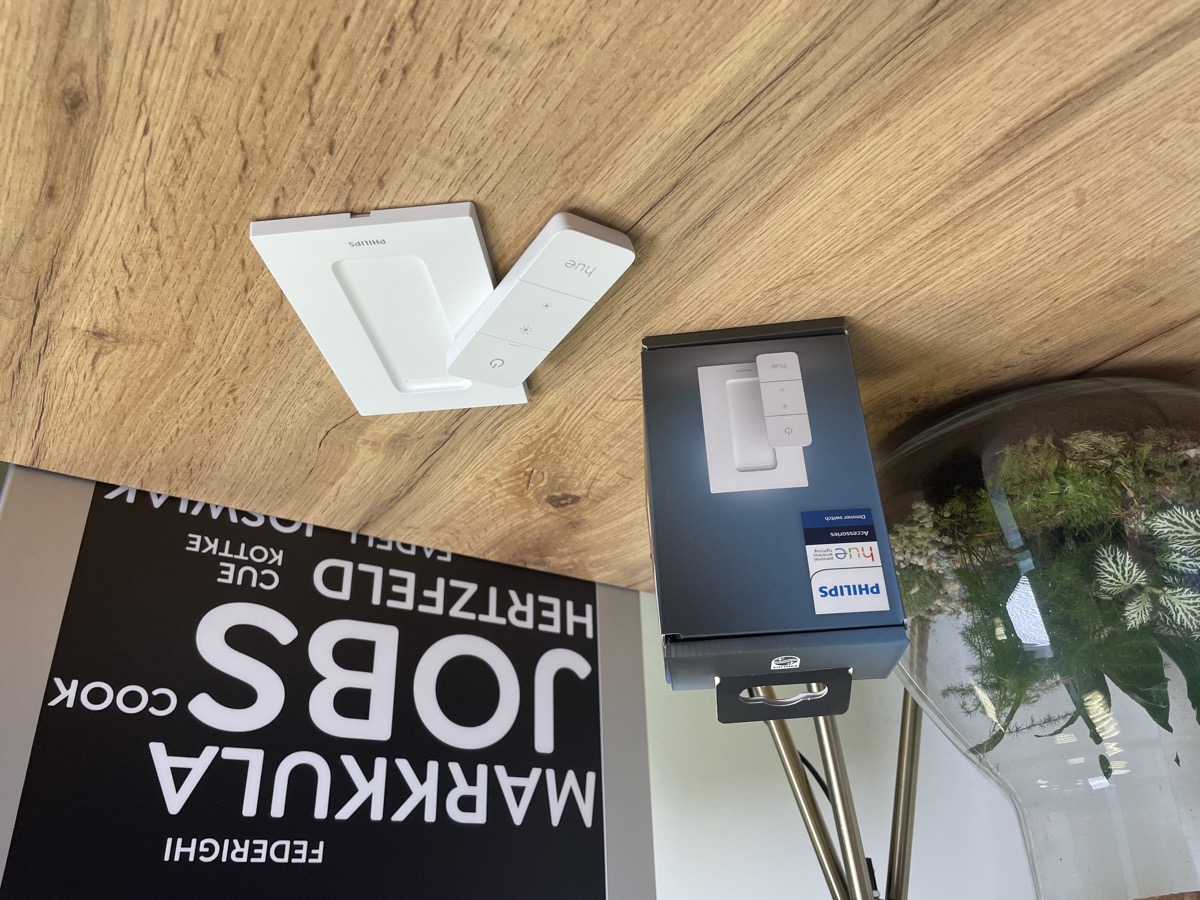 Comparison with the old generation

When the new Philips Hue dimmer switch was introduced, you probably thought: What should I do with it? After all, the chances are very high that you have at least one dimmer switch in your home. Now the second generation is available – and a closer look at it is worthwhile for several reasons.

First of all, there is the revised design. The new dimmer switch not only has rounded corners, but is also made of a completely different material. Compared to the matt plastic of the new generation, the first dimmer switch looks like a cheap copy. A small toy has become a real Hue product.

Moreover, Philips Hue has thought the whole story through to the end. The included mounting plate has become one centimetre wider and with its approximately 8 centimetres it is wide enough to cover an empty (European) wall switch box. But that’s not all: the wall mount can not only be glued on, but thanks to its matching holes, it can also be screwed onto empty sockets. 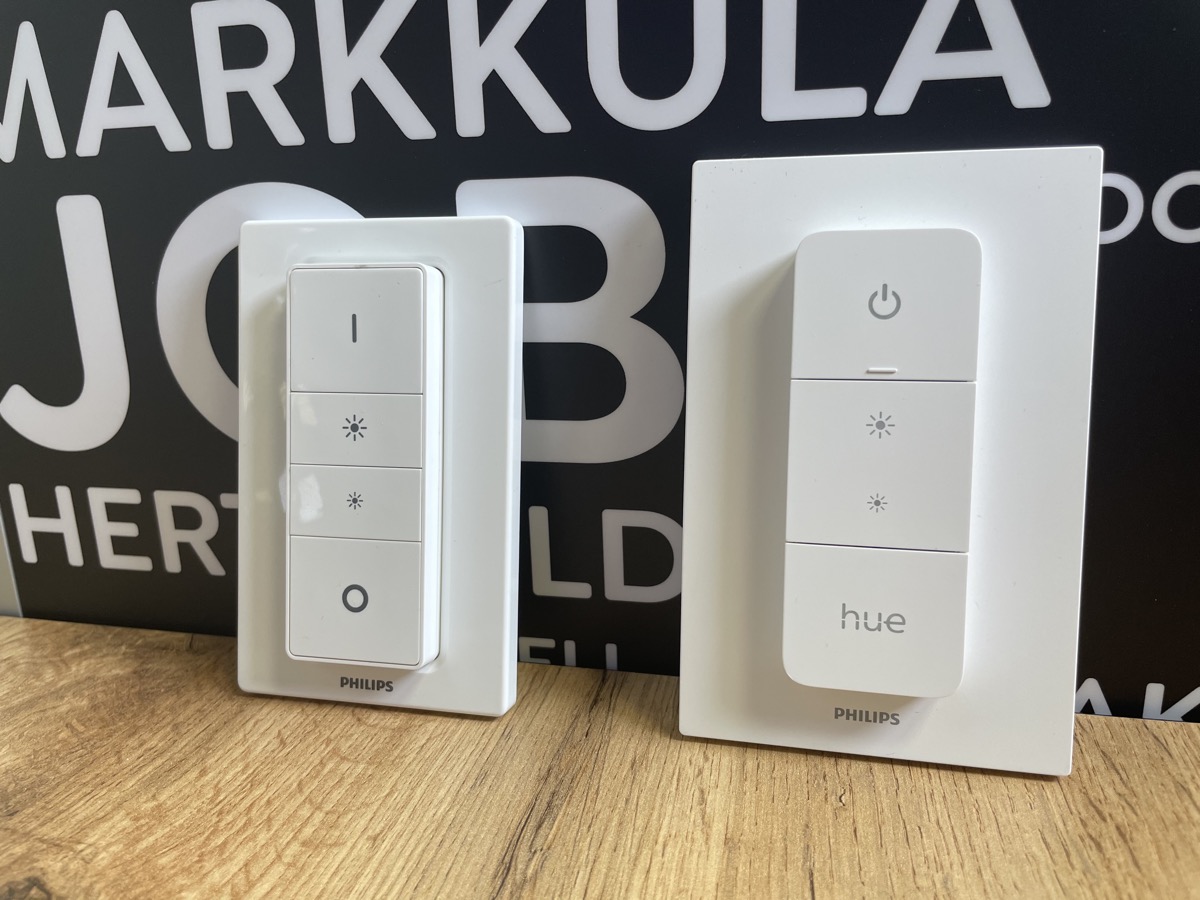 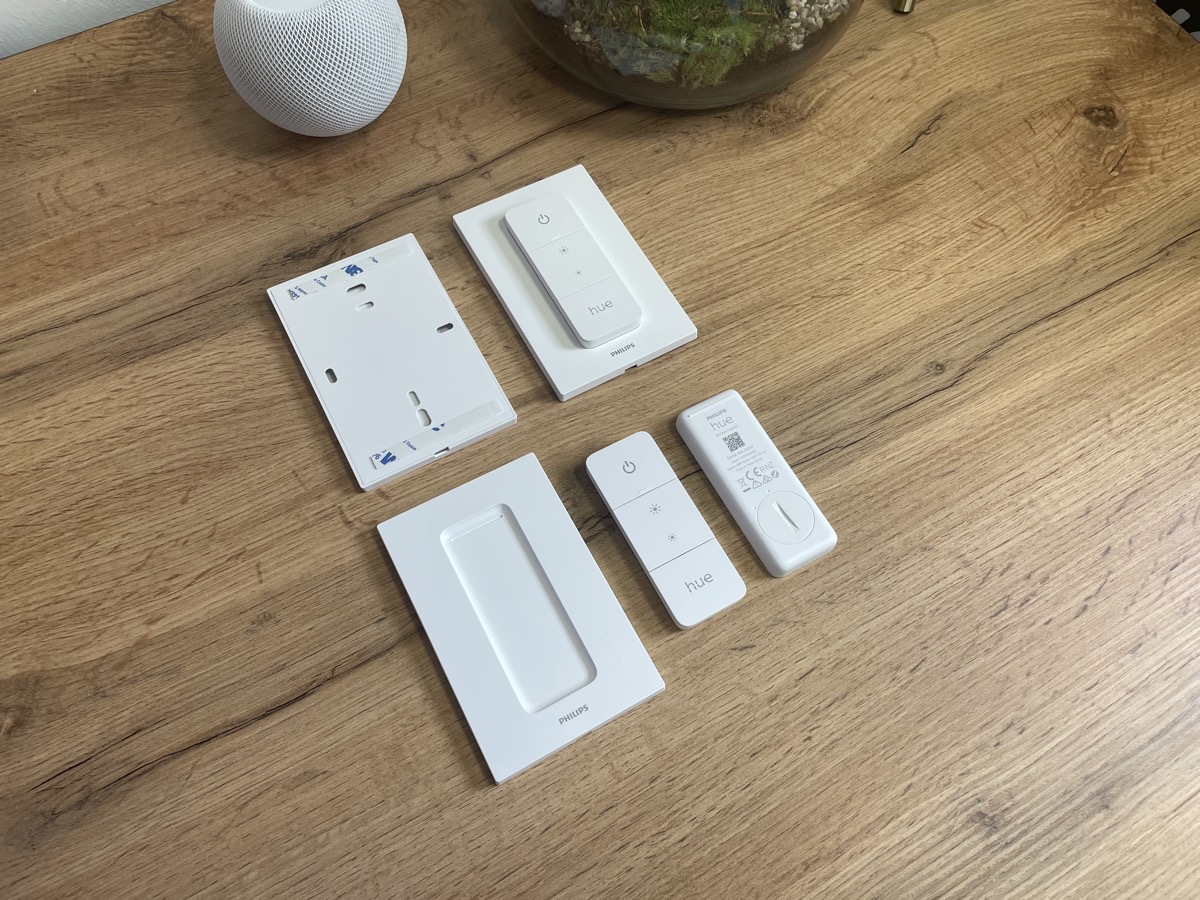 In the end, however, this is not the only clever idea. Also practical is the fact that the magnets are no longer built into the holder but directly into the dimmer switch. So you can simply put the new switch directly on the refrigerator without having to use the holder. A change that I personally like.

What the new Hue button can do

There was a lot of discussion around the changed button layout. The new Philips Hue dimmer switch has an on and off switch at the top. Through the five configurable scenes you can switch with the new Hue button at the bottom. For me this is a logical step: with the Hue button you change the Hue scene.

When configuring the new dimmer switch, you have a few more options in the Hue app than with the first generation. For example, you can activate a time-based mode so that the desired light setting is used according to the time of day as soon as you switch on the light with the dimmer switch. In addition, a long press on the on/off switch can switch off all Hue lamps in the house if desired.

In my opinion, the new Philips Hue dimmer switch offers many improvements and is better than its predecessor in all respects. Of course, you have to get used to a slightly different button layout in the end, but that shouldn’t be a big thing. So it is even more remarkable that Philips Hue has left the price of 19.99 euros unchanged.

Previous articleFirst impressions of the new Philips Hue Amarant
Next articleStep-by-step guide: How to install the Philips Hue Ensis