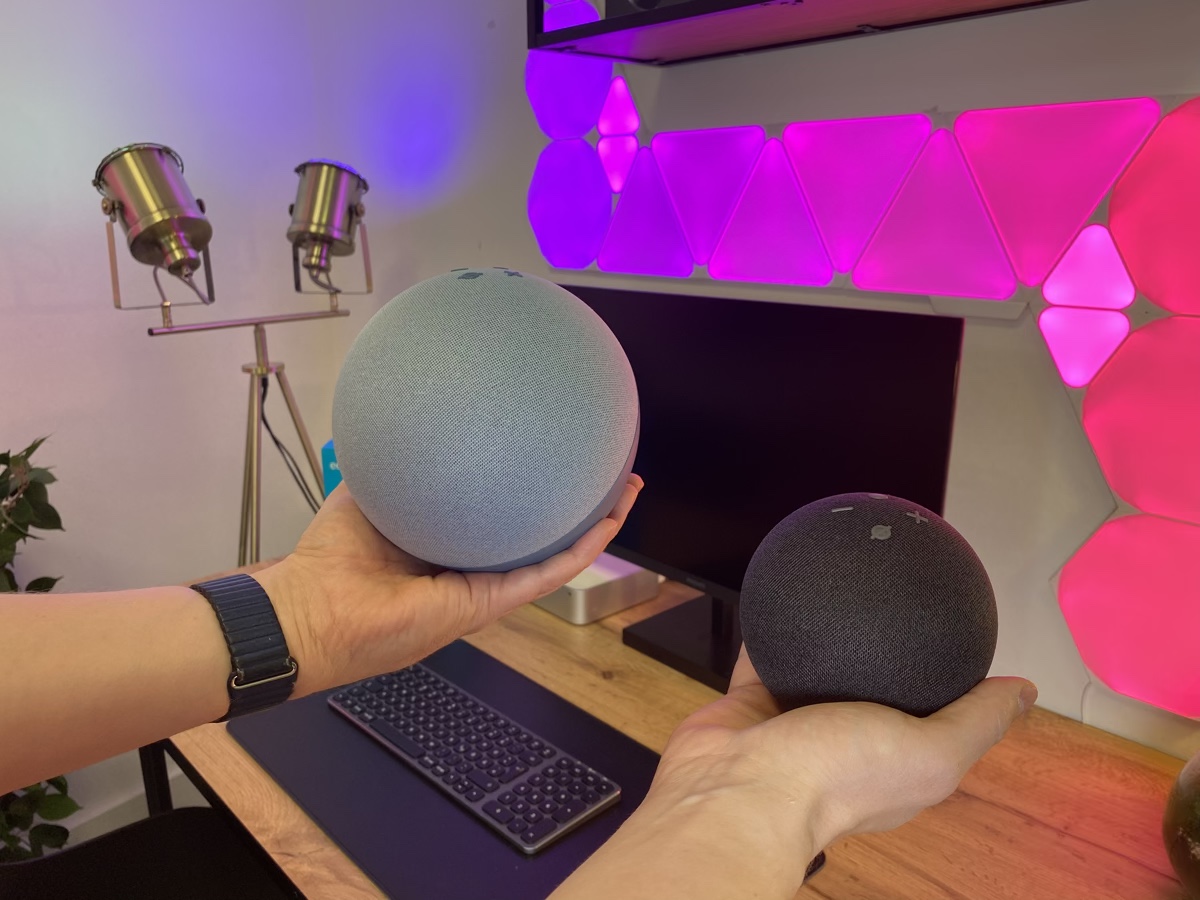 “Alexa, turn the kitchen light on”, “Alexa, turn the reading light to 50 percent” or “Alexa, turn all the lights off”. These are just three of the many voice commands that can be used to control your Philips Hue lamps with Amazon’s voice assistant Alexa.

This week, Amazon has launched two new smart speakers, whose names you have certainly heard before: Echo and Echo Dot. I have already had a closer look at the two speakers with Alexa integration and would like to provide you with my first impressions.

Echo Dot reads every command from your lips 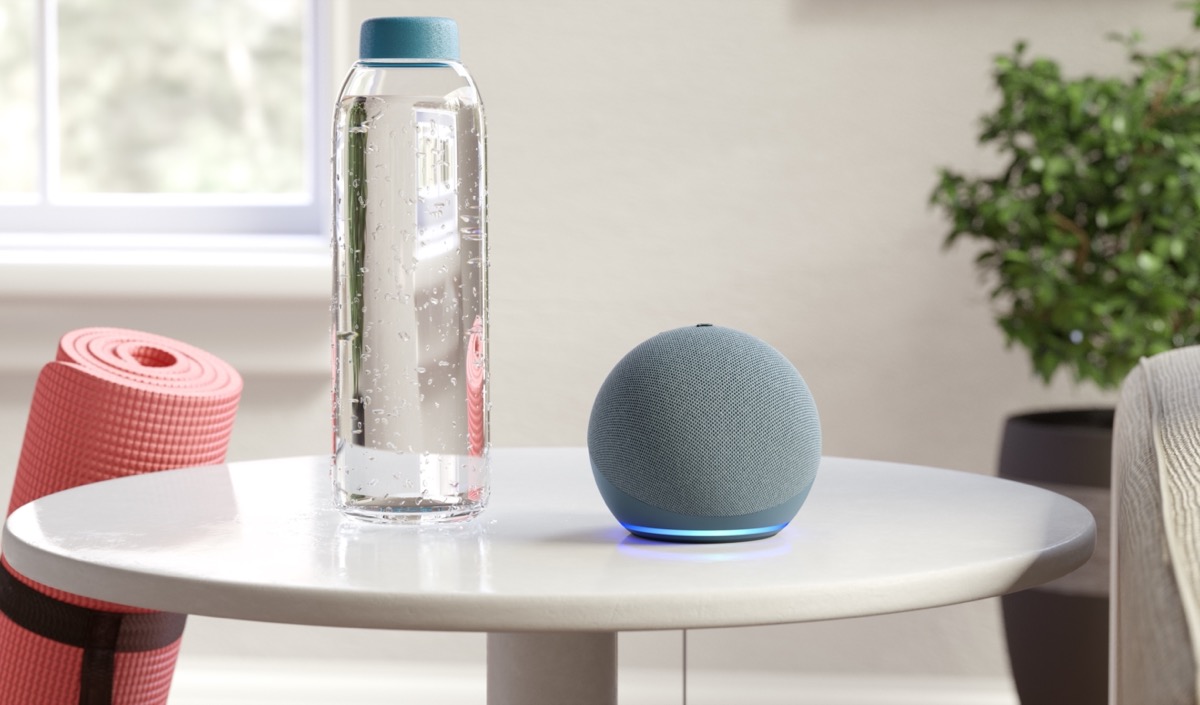 It all starts with the Echo Dot, the small model that is already available for under 60 euros. The design is of course particularly striking. After having been based on a flat cylinder in the previous three generations, the new Echo Dot is spherical. Just like the HomePod Mini, which will be launched in November and is similar in size.

Pretty cool made is the small LED ring on the bottom of the Echo Dot, which for example shows the activity of the voice assistant. The green and blue light reflects beautifully on the surface where the Echo Dot is placed. Because of its size and the not so powerful sound, I see the Echo Dot as a small speech assistant rather than a full-fledged speaker.

With the large Echo you can also listen to music 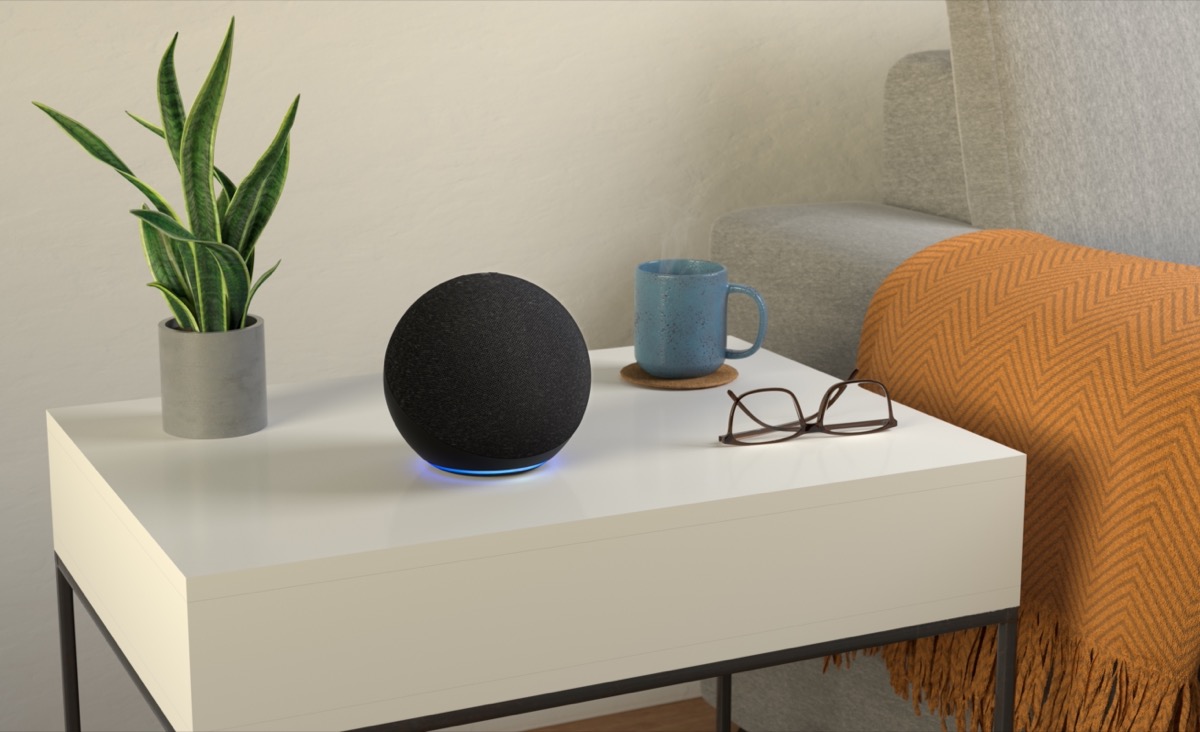 In order to be able to listen to music, you should rather take a look at the big Echo, which is about 50 percent larger than its little brother, but costs a little more, at just under 100 euros.

In my opinion, the sound of the new Echo is absolutely impressive in relation to the size of the device. Not surprisingly, it sounds much more powerful and detailed than the new Echo Dot. Especially the built-in subwoofer lives up to its name, the bass is absolutely noticeable – but it can also be adjusted to your personal preferences in an equalizer in the Alexa app. By the way, the Echo doesn’t offer a real 360-degree sound, but only in very few cases it should be placed in the centre of the room.

For voice control of Philips Hue lamps, in both cases the Philips Hue Skill is simply activated via the Alexa app. Then connect the system to your Hue account to automatically transfer all lights, rooms and scenes from the Hue app to Alexa.

This function is currently limited to one bridge per Alexa system. This is problematic if you have a large Hue installation with more than one Bridge in use. However, Hue inventor George Yianni recently announced that this limitation will soon be lifted.