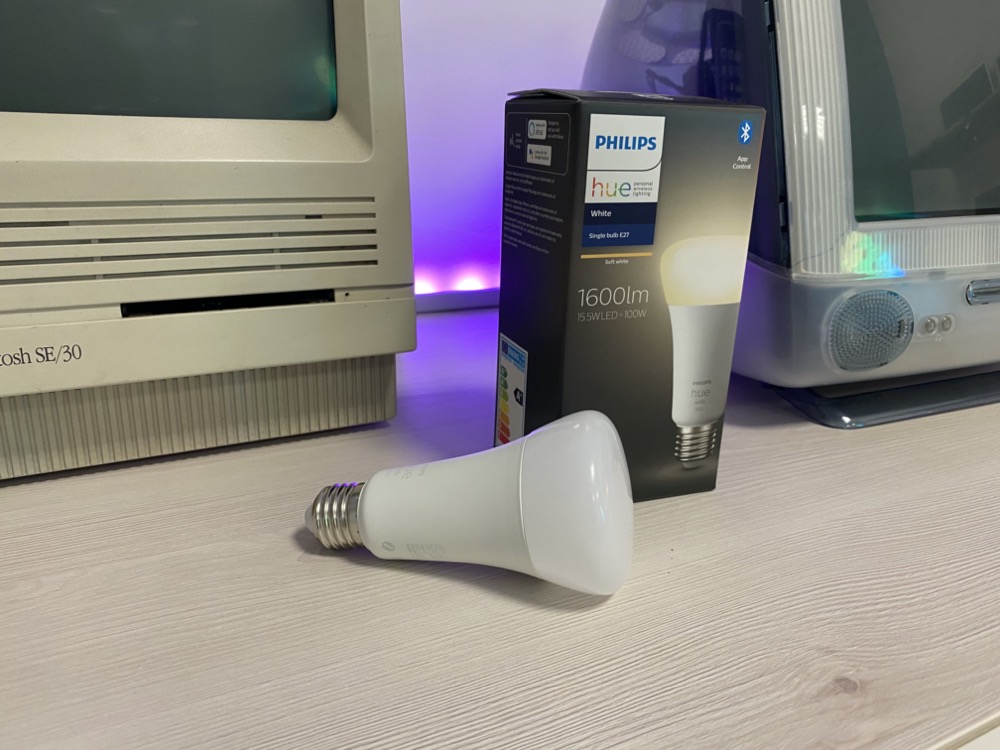 The new Philips Hue White with 1,600 lumens in detail

This is how the brightest bulb is cooled

FabianLeave a Comment on The new Philips Hue White with 1,600 lumens in detail

With a new version of Philips Hue White, we are now supplied with up to 1,600 lumens of brightness, which is about twice as much as previous E27 lamps from Philips Hue have achieved. The Hue White provides 15.5 watts of LED power, which corresponds to a classic 100-watt light bulb.

I asked myself the question: How did Philips Hue manage the heat? After all, at first glance the lamp looks exactly like a normal Hue bulb. But a look at the technical data reveals some interesting details.

Larger, heavier and with cooling elements

For example, the size of the lamp. The regular Hue bulbs are about 11 centimetres long, the new model of the Hue White with 1,600 lumens is 13 centimetres large. But things get much more interesting on another point: the Hue White with 806 lumens weighs 70 grams, while the new bright version weighs an impressive 155 grams, more than twice as much.

This is exactly what convinced me to take a look inside the 1,600 lumen version – and I was not disappointed. Philips Hue has actually taken some precautions to get the high waste heat under control. 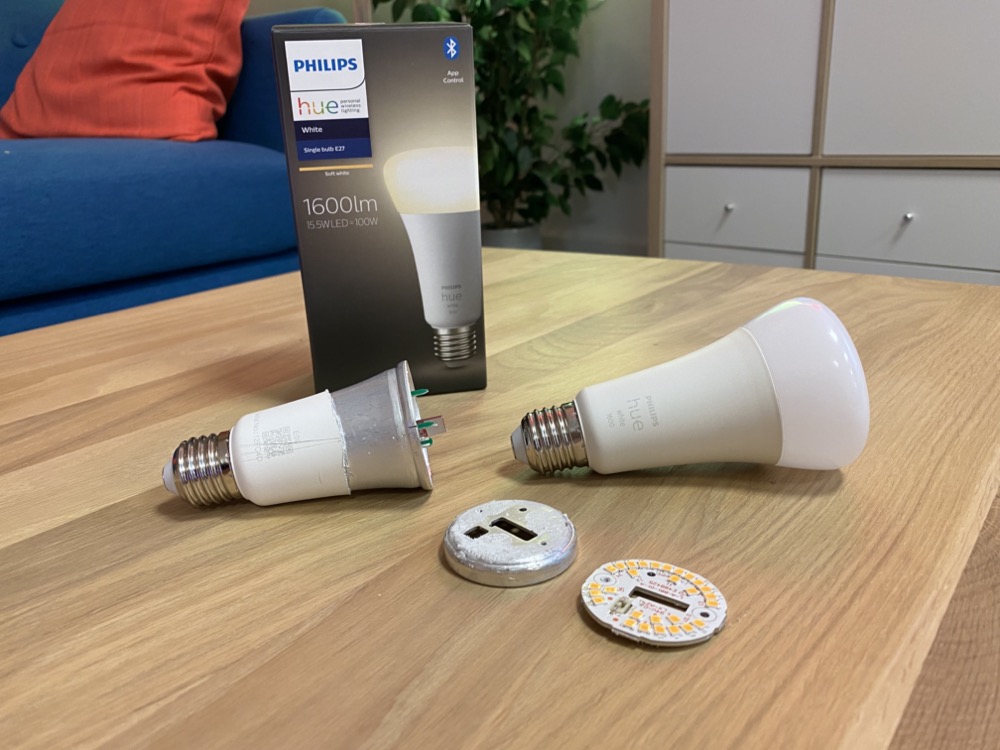 The LED units are mounted directly on a small metal plate, which in turn sits on a large metal bulb that fills the entire lower part of the lamp. Definitely a special feature in the Hue world and the explanation for the very high weight of the lamp. And to make sure the heat is transported properly: Between the metal elements there is even heat-conducting paste.

And how do the 1,600 lumens look like in practice? It may not necessarily be a difference like day and night, but in any case it is a considerable increase. So if you really only have one E27 base, but want to achieve maximum brightness, you should definitely take a closer look at the new Hue White model. It’s just a pity that Philips Hue offers it without “ambiance” and the different shades of white – this would make the bright bulb even more interesting.

Previous articleHue Sync Box: Brightness of the LED can be adjusted
Next articleWhat a mess: New LightStrips not compatible with the old model