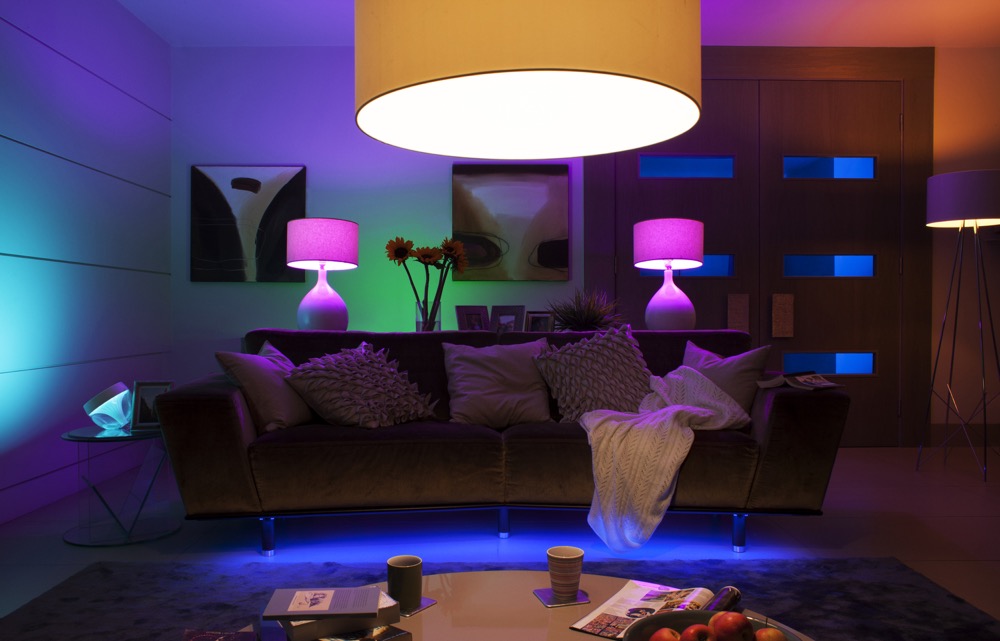 Already in February, when Müller-Licht published its new Tint catalogue for the current year, the German manufacturer’s socket strip was shown for the first time. But it took some time until the market launch, now it should be soon: The new product is already listed on Amazon and can be pre-ordered.

While Philips Hue has so far only offered the Smart Plug as a single adapter plug, Müller-Licht is now launching the Tint power strip to top it off: There are a total of four power sockets. 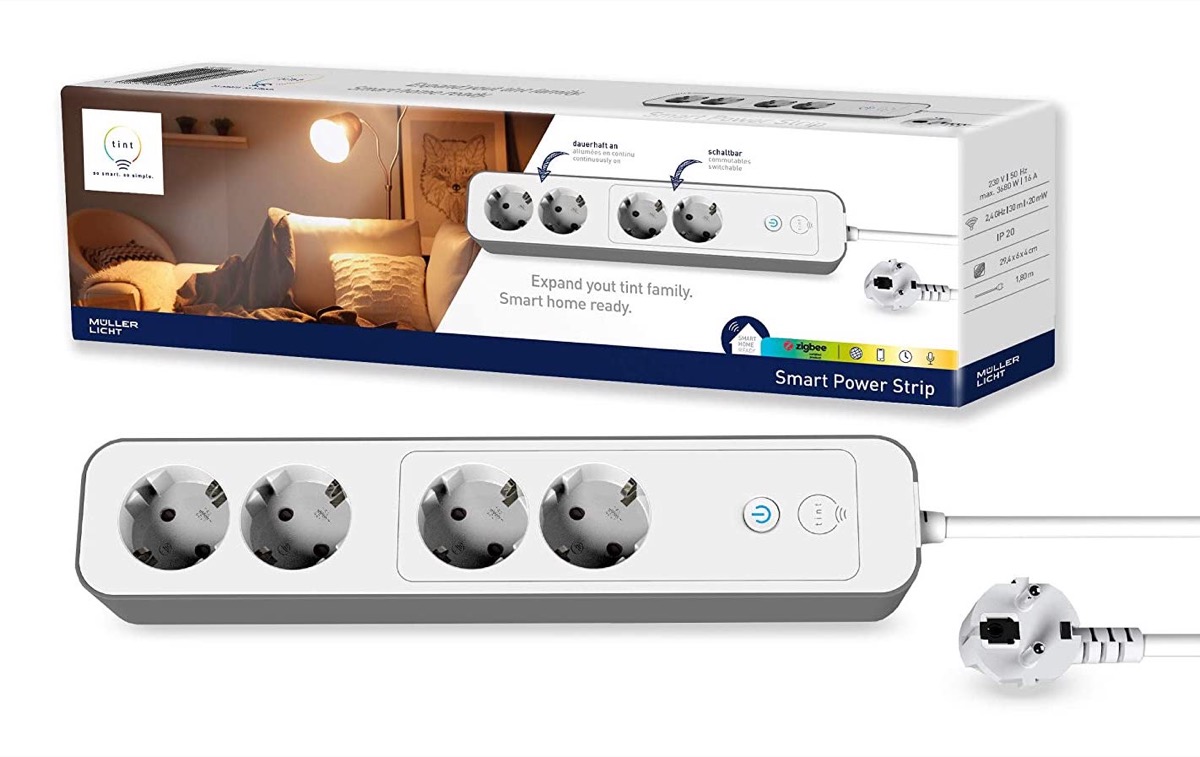 However, two of them are permanently equipped, without ZigBee technology. The other two sockets, on the other hand, can be controlled by ZigBee, i.e. can be coupled with the Hue Bridge. Whether the two sockets can be controlled independently of each other, I can’t tell you yet – I’m still waiting for a feedback from the manufacturer. But one thing is clear: On the socket strip itself there is only one button to control the two switchable sockets.

What else you need to know: The Tint Smart Power Strip has a white plastic housing with grey contrasting sides and a 180-centimetre long cable. The manufacturer states the maximum rated power at 3,680 watts.

Pre-orders are already possible at Amazon.de, currently 45.84 euros are being charged for this. A somewhat crooked price, which will certainly change before the actual market launch.