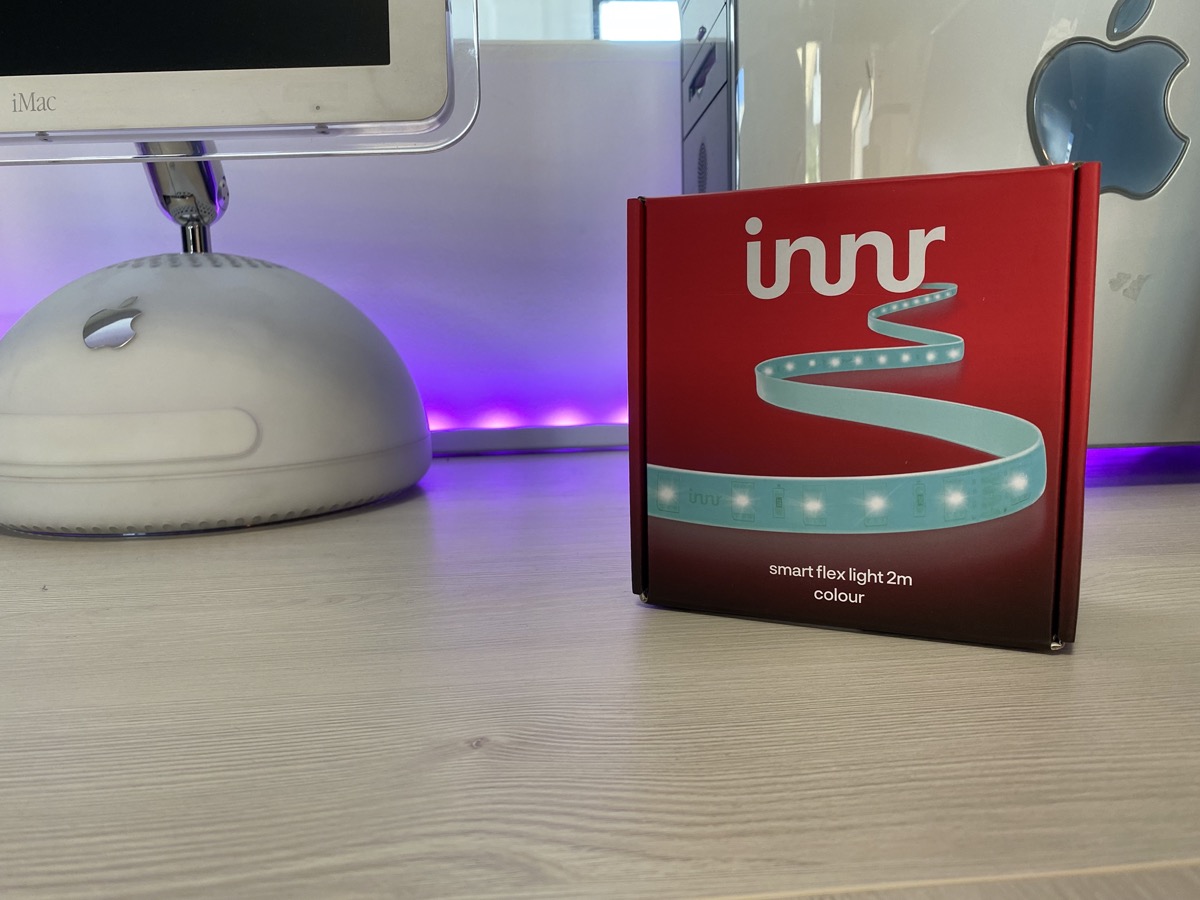 Some advantages over the Hue-original

At the beginning of the month I could announce that Innr will launch a new light strip. The Innr Flex Light for indoor use will be available in three different versions until the end of July, I could already get a first impression. The following three models are available:

The Flex Light can be connected to the Hue Bridge easily

The new ZigBee controller has a much higher quality finish, but is also firmly connected to the light strip. In the best case, it is hidden and not visible anyway. The connection with the Hue Bridge worked without any problems with my test device – with the known limitations such as not using HomeKit. 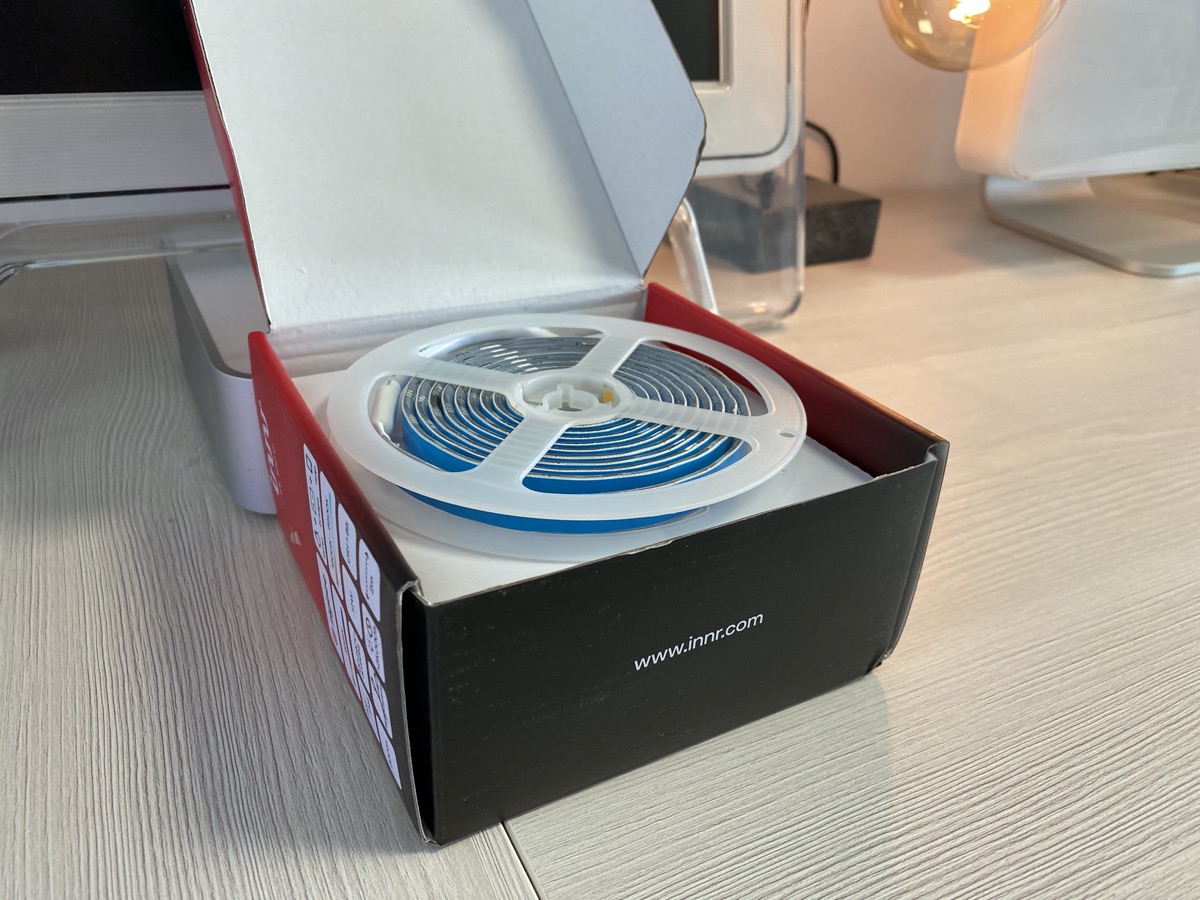 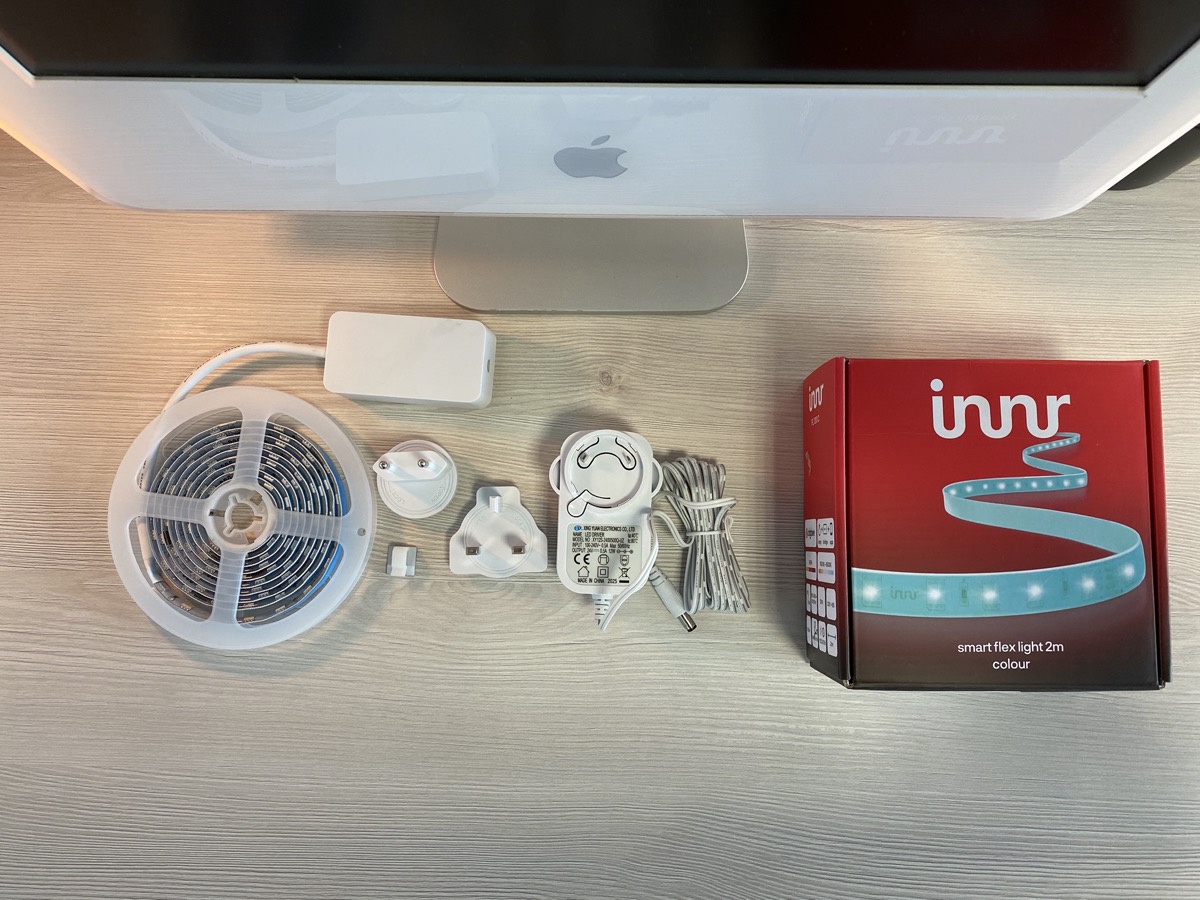 In comparison with the Philips Hue LightStrip Plus with up to 1,600 lumens there is a major difference: The two meter long light strip from Innr is significantly less bright with 600 lumens. The Flex Light is therefore less suitable for direct lighting, but rather for use as mood lighting.

Much more homogeneous illumination than with the Philips Hue LightStrip Plus

And this is precisely where two decisive advantages come into play: The distance between the LEDs is significantly smaller at the Innr Flex Light, with 60 LEDs installed per meter. This makes the illumination much more homogeneous, and there are significantly fewer individual light points to be seen. Also good: The Innr light strip can be shortened every 16.6 centimeters, while LightStrip Plus has interfaces only every 33 centimeters. Another important feature is that the Innr Flex Light is only 10 millimeters wide and thus significantly narrower than the LightStrip Plus. 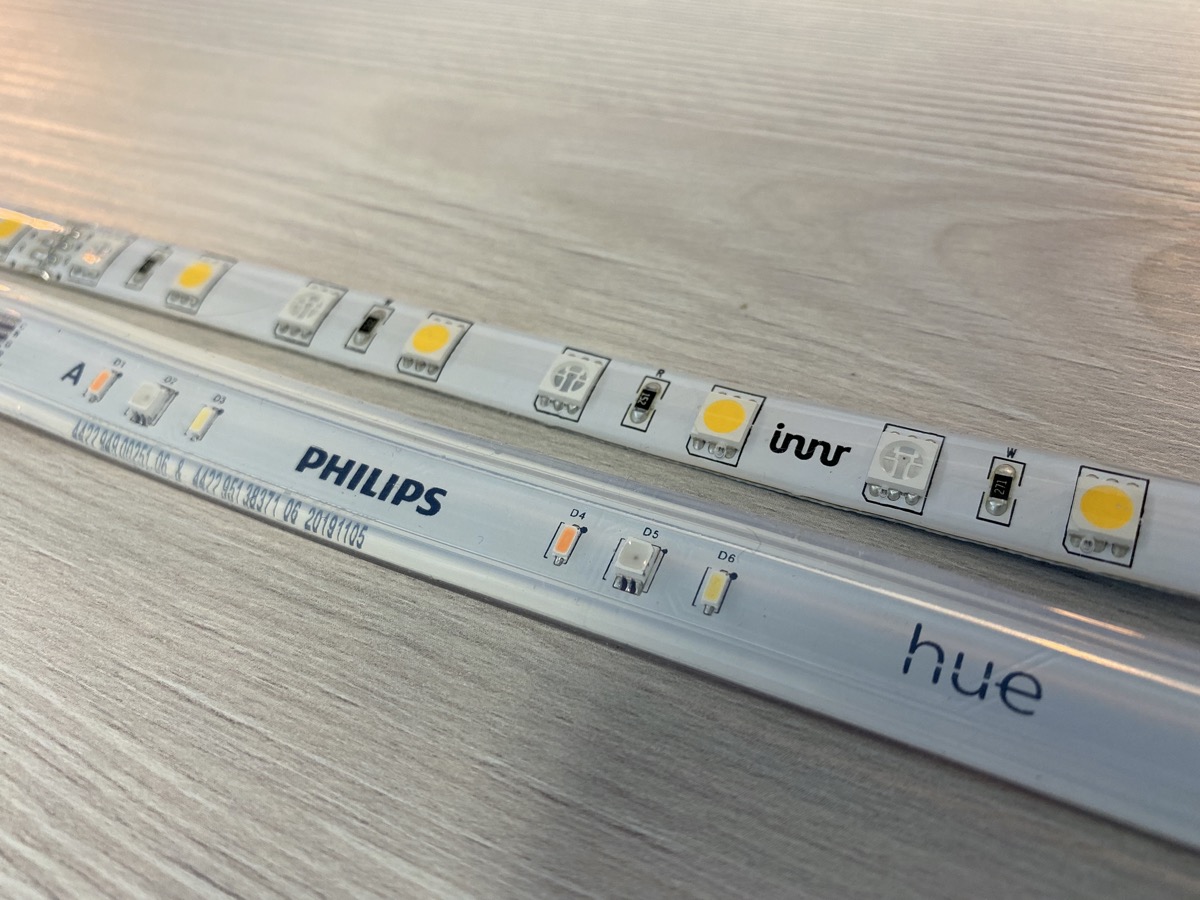 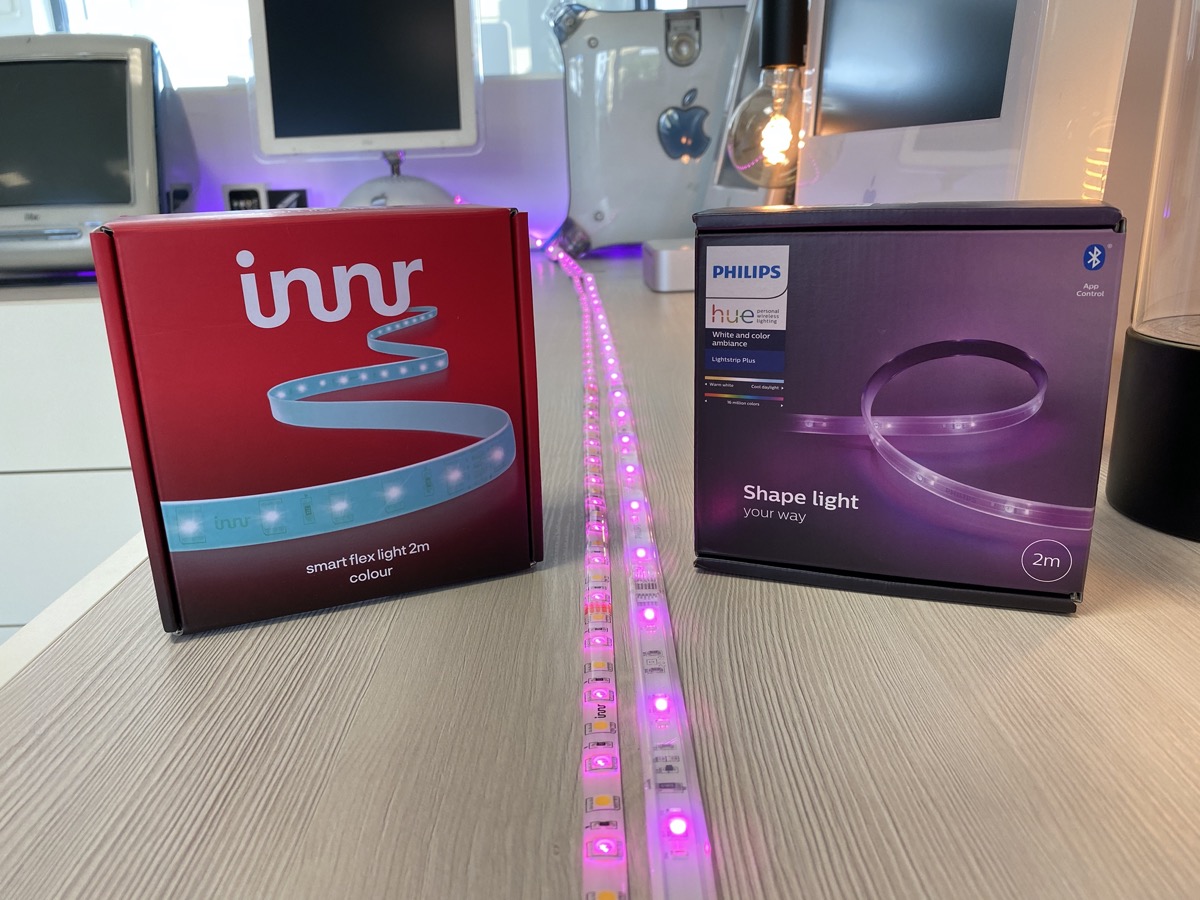 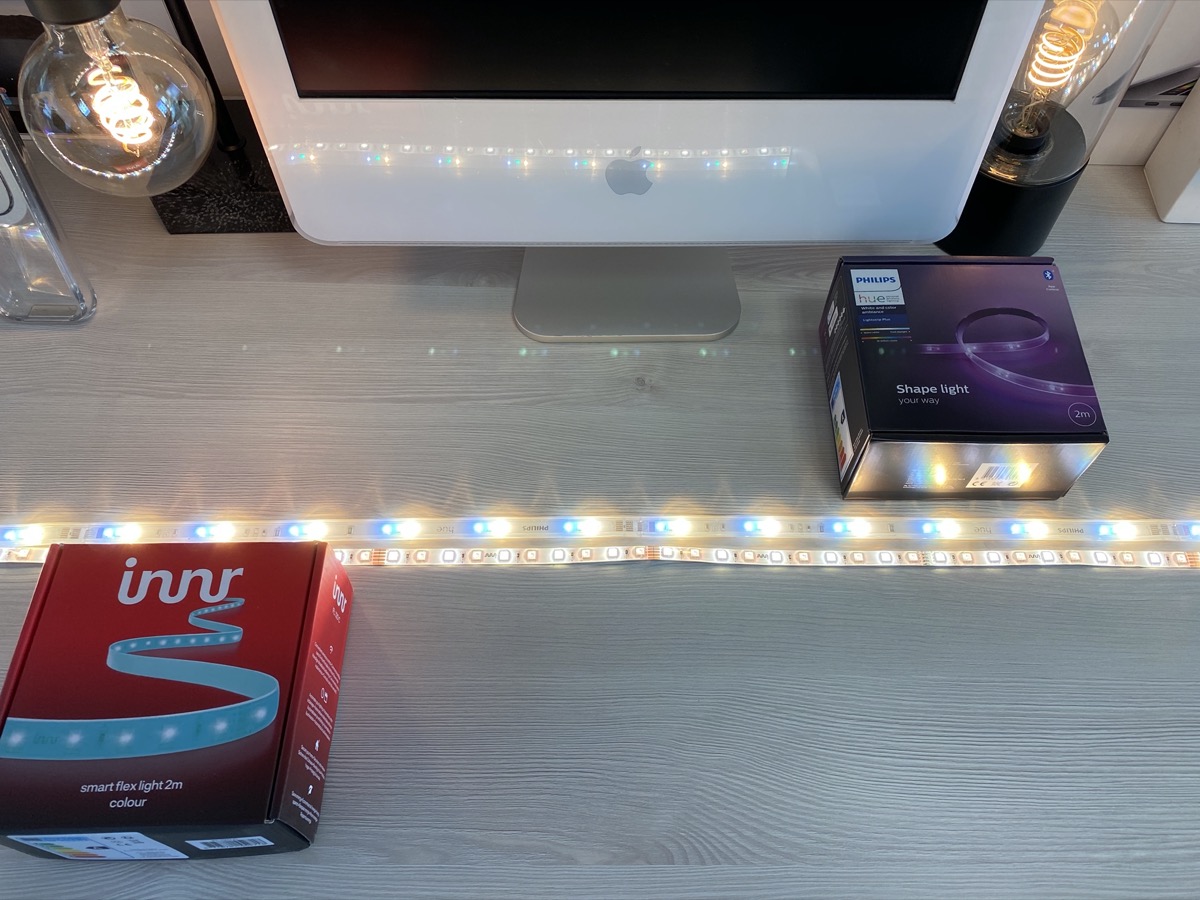 When it comes to color reproduction, the Innr Flex Light does not have to hide. All colors are displayed just as brightly as the original. Only in extremely cold white tones is a lot of blue added, which looks a bit strange when looking directly into the LEDs. Also noticeable: When dimming, the inner light strip darkens much faster – a phenomenon I have already noticed with other products of the manufacturer.

In the end, however, you can hold on to it: Those who can manage with the up to four meters in length and the lower brightness will find the reworked Innr Flex Light a good and, above all, attractively priced alternative to the Philips Hue LightStrip Plus. The new light strip should be available in stores by the end of the month, and I will definitely get back to you then. If you have any questions, I will gladly answer them now.

Previous articleMüller-Licht Tint: New globe lamp with up to 1,520 lumens
Next articleGiveaway: 10 Friends of Hue switches from Senic and Gira