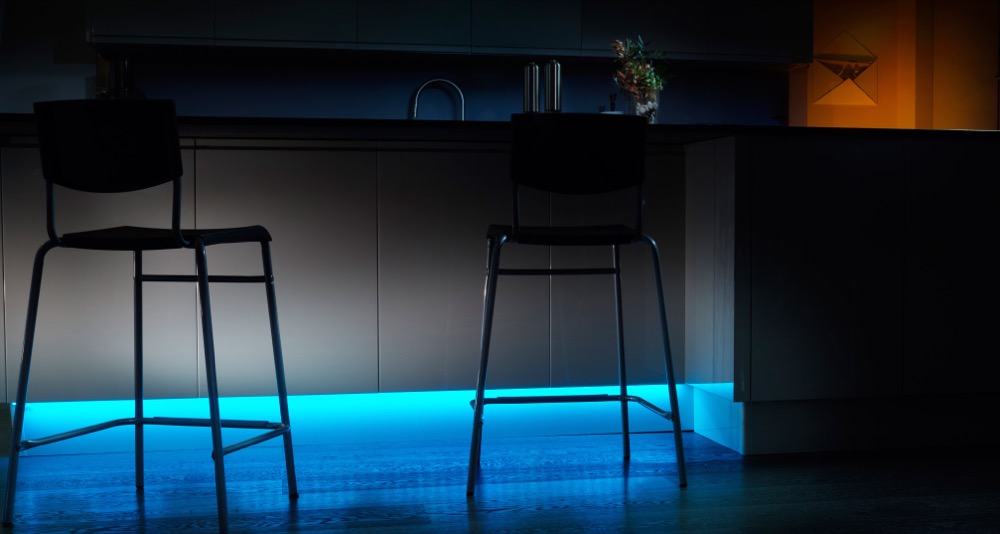 The Dutch manufacturer Innr, which we now know very well, today presented three new versions of its LightStrip. The new LightStrip is available in two different lengths and can of course still be coupled and controlled via ZigBee with the Philips Hue Bridge. As usual with third-party products, we only have to do without Apple HomeKit and Hue Entertainment.

One of the great advantages of the Innr light strips remains with the new generation: The individual LEDs are much closer together, 60 per meter. For comparison: At the original from Philips Hue there is an LED only every six centimeters. You can also be more flexible when shortening: the light strip can be cut every 16 centimeters. However, it cannot be easily reconnected, as is the case with the new Philips Hue LightStrip Plus.

Compared to the previous model, Innr has been able to increase the brightness. The Innr Smart Flex Light now shines 50 lumens brighter per meter; the four meter long version thus reaches 1,200 lumens. For comparison: The Philips Hue LightStrip Plus comes up to 1,600 lumens from a length of two meters.

In addition, the color rendering has been increased and is now above 85 CRI, which means that the white light quality of the strip is better than that of normal light bulbs. Of course the usual 16 million colours are also possible. The new Light Strips can also be dimmed particularly low and cover a brightness range between 0.1 percent and 100 percent.

Previous articleThe new 100 Watt outdoor power supply: How many lamps are possible?
Next articleWhy there are no deals at the moment