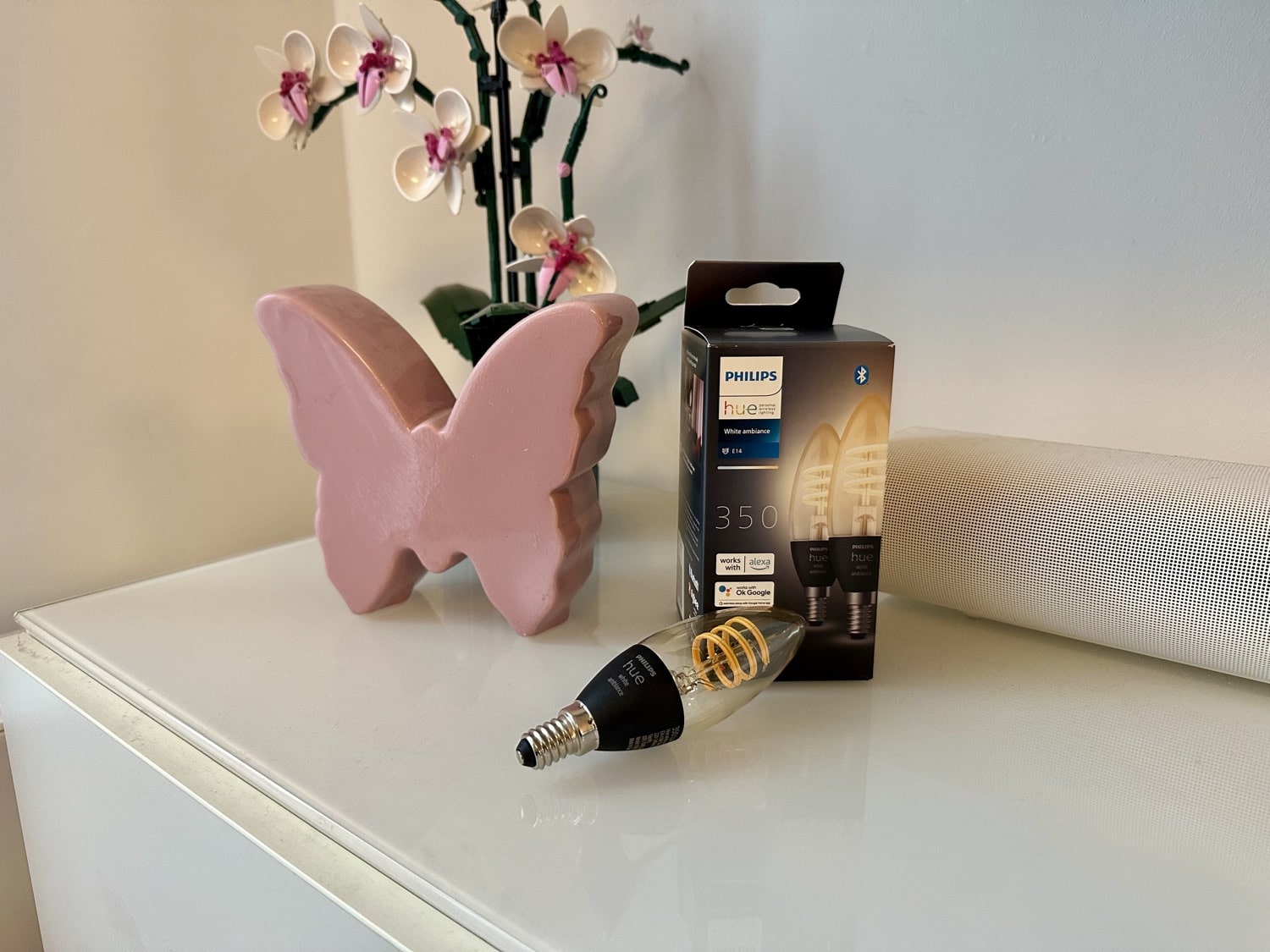 New release with E14 base tried out

At the beginning of September, the Philips Hue White Ambiance Filament E14 candle lamp was officially introduced. It was immediately clear to me that this small lamp would fit perfectly in my house. In the staircase there is currently a chandelier with two classic E14 candle lamps.

Of course, these could have been replaced with filament lamps before, but until now the E14 candle lamp was only available as Hue White Filament. With a very warm colour temperature of 2,100 Kelvin, it is certainly something for cosy hours on the sofa, but rather unsuitable for a staircase.

Equipped with White Ambiance technology, the new E14 candle lamp from Philips Hue can adjust its colour temperature from 2,200 to 4,500 Kelvin. At standard white, the maximum brightness of 350 lumens is achieved. At 2,700 Kelvin, it is thus even brighter than the classic version without filament, which “only” achieves 320 lumens at this setting.

No question: visually, the E14 candle lamp with filament technology makes a much more chic impression, especially when the light source is openly visible and not hidden behind a lampshade. The black base, however, feels very large and is also labelled on a large scale. At least the lettering is virtually invisible when the lamp is switched on. 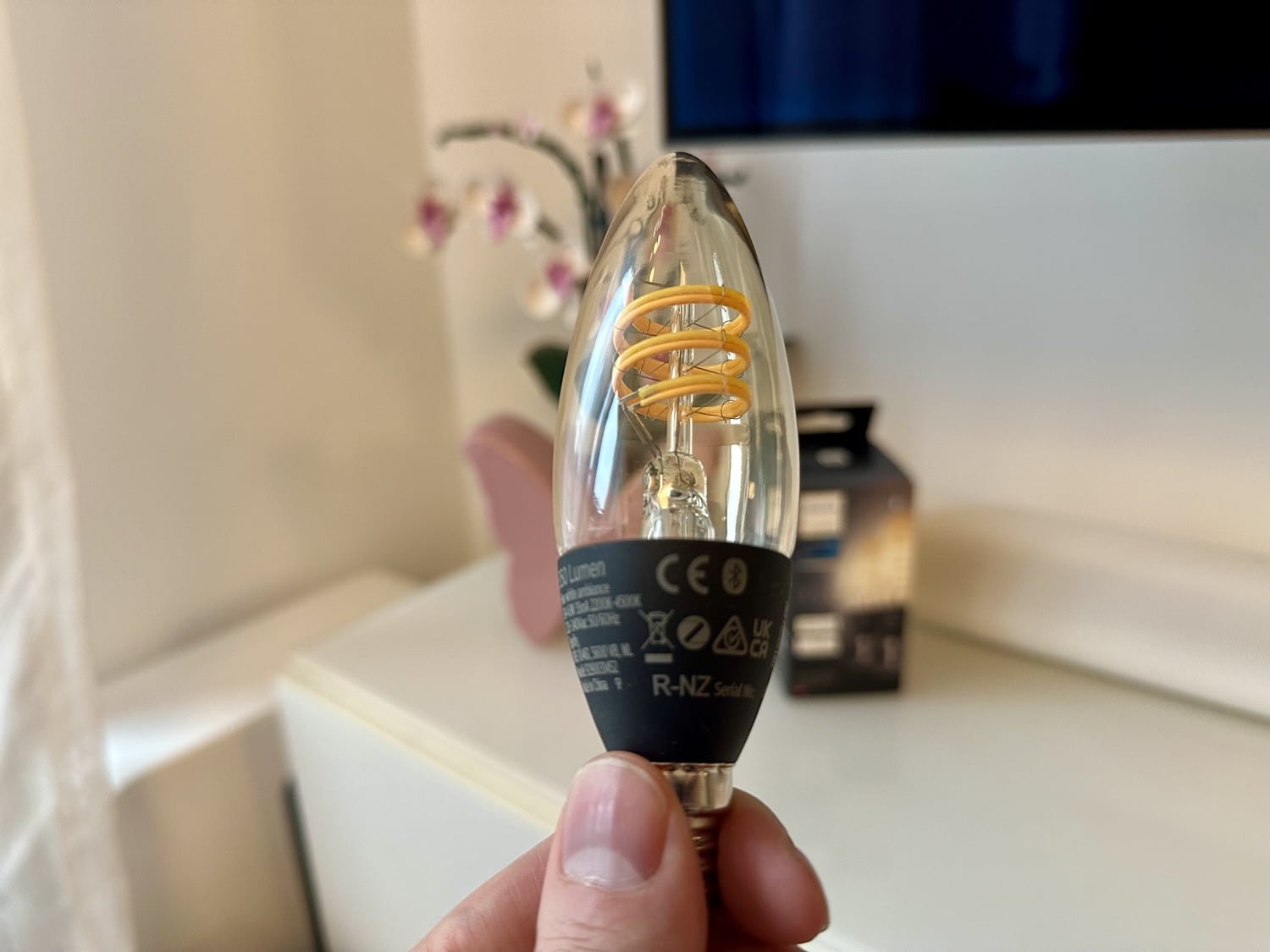 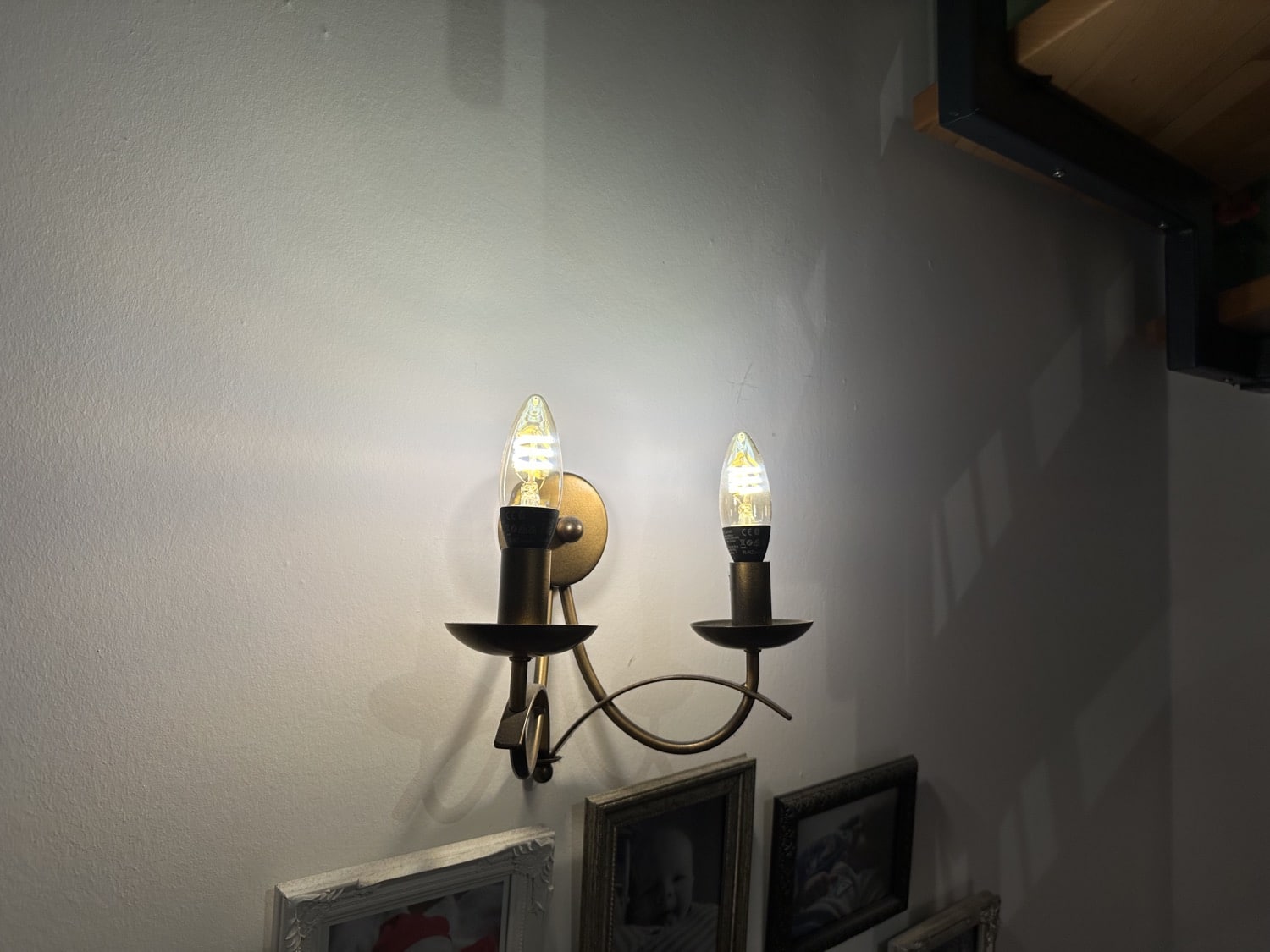 A little tip for setting up new lamps

I don’t think I need to explain much more about setting up and controlling the lamps. However, I would like to give you one tip: I use the migration wizard of iConnectHue for the exchange or upgrade of lamps. With it, you can simply replace old lamps with the new Hue products and don’t have to worry about configuring rooms, scenes or accessories. This saves a lot of time and nerves.