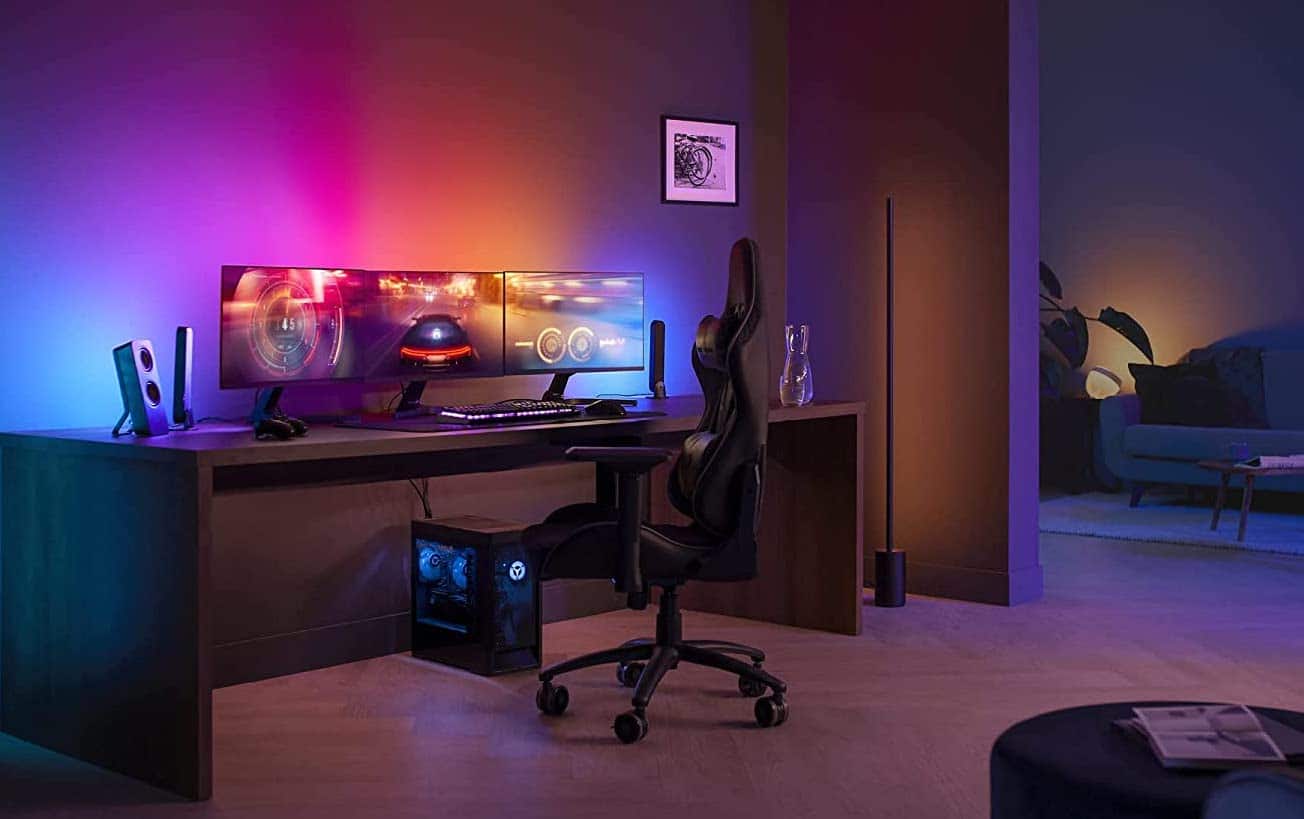 When it was announced at the beginning of August that Philips Hue would probably offer its Play Gradient Lightstrip for PC monitors with 24 to 27 inches, the outcry was great. The community immediately complained that especially in the gaming sector, most users probably prefer larger screens.

Now I can tell you: don’t worry. Philips Hue has thought along. And it has done so twice. First of all, in addition to the Philips Hue Play Gradient Lightstrip for monitors with a diagonal of 24 to 27 inches, there will also be a slightly longer version for screens with 32 to 34 inches.

But that is not all. As I was now able to find out, Philips Hue will also offer a solution for multi-display setups – more precisely for desks with three displays of 24 to 27 inches standing next to each other. The solution: the not necessarily very flexible light strip is interrupted between the monitors. 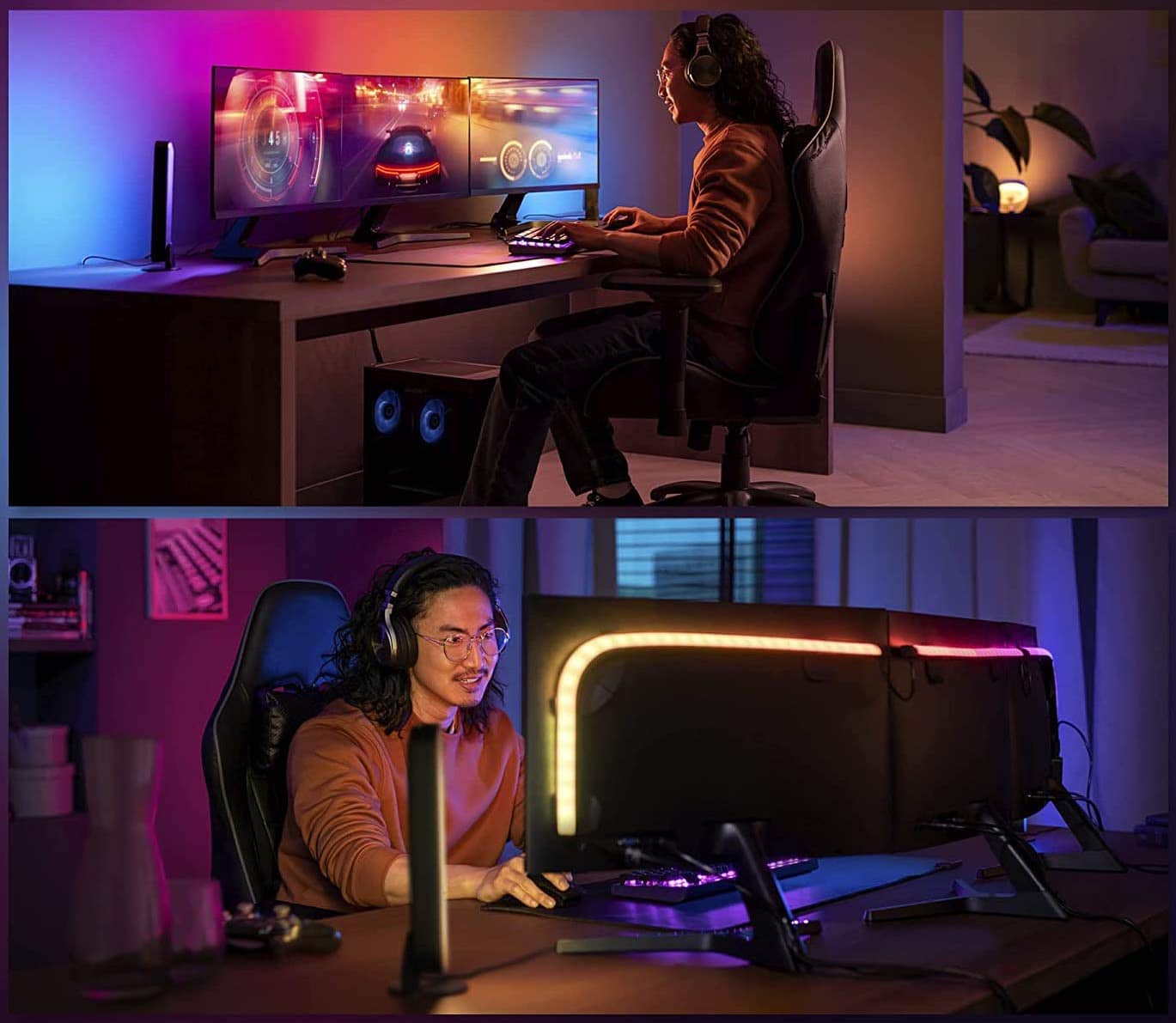 And I can already tell you the list prices for the light strips. Here is a small overview:

It remains to be seen when exactly the official announcement will be made and when the new products will launch. (via homekitnews.com)