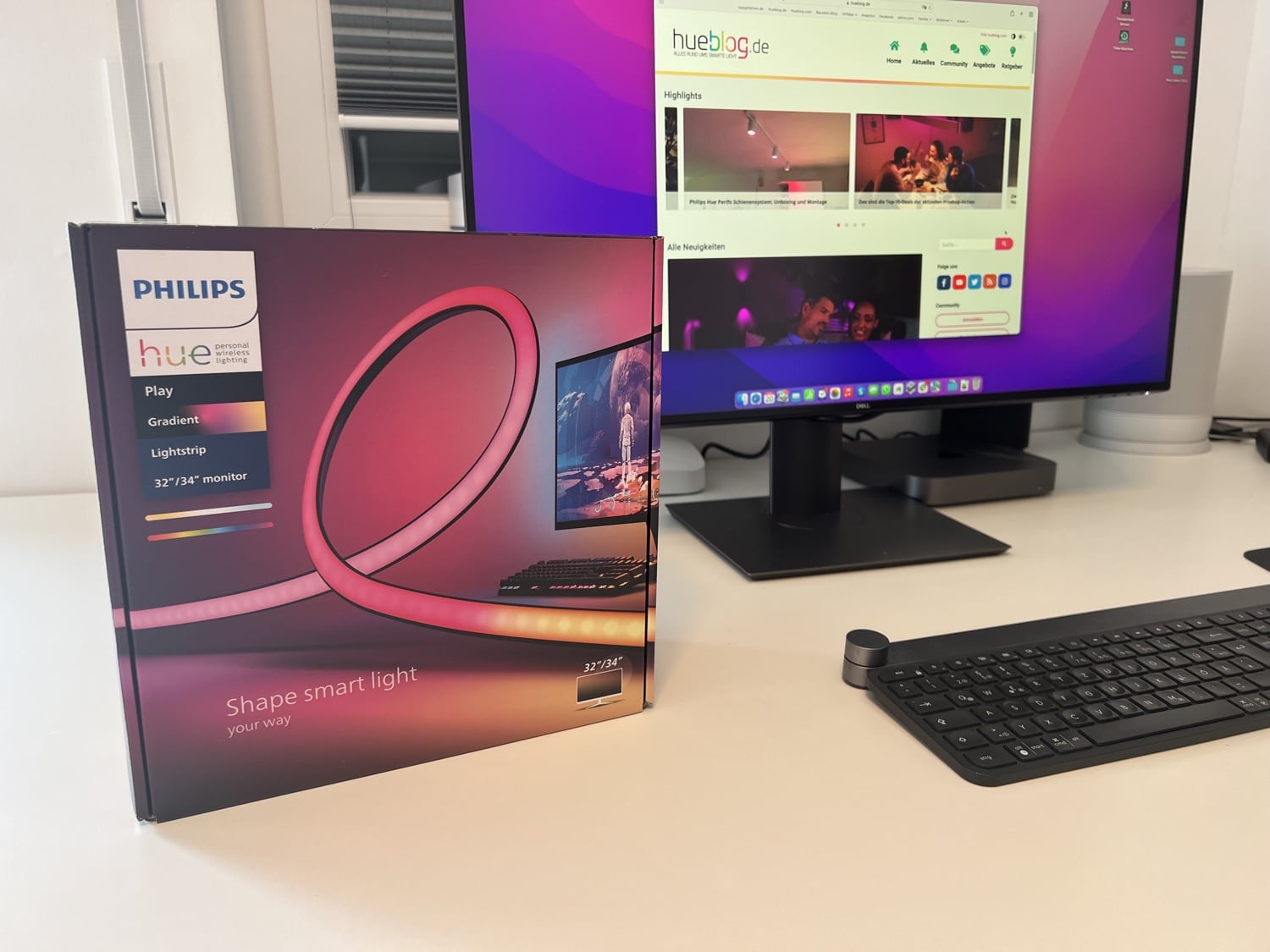 Made for gaming, not entertainment

Last Thursday, Philips Hue presented its new products, among them an adapted version of the Philips Hue Play Gradient Lightstrip, which was previously available for TVs in sizes of 55, 65 and 75 inches. Now the identical technology is being used for smaller monitors and is aimed primarily at gamers. Among other things, this has a decisive reason, but more on that later.

The Play Gradient Lightstrip is available for these PC screens.

The Philips Hue Play Gradient Light Strip for PC and Mac is available in three different sizes. It starts with the variant for monitors with a size of 24 to 27 inches for 149.99 euros. For screens with 32 to 34 inches, one reaches for the 169.99 euro model and for multi-monitor setups with three 24 to 27 inch displays, one reaches for the 259.99 euro Philips Hue Play Gradient Lightstrip.

Interestingly, the light strip for three screens is even 10 euros more expensive than the Play Gradient Light Strip for 75-inch TVs. The latter, by the way, has a length of 304 centimetres, whereas the PC light strip is only 187.5 centimetres long.

That is, of course, a significant difference. In the end, however, you cannot simply pack a TV light strip around the smaller PC screen – because then the colours may no longer match the screen content. Of course, there is one advantage on the Mac or PC: no expensive Philips Hue Play HDMI Sync Box is needed, instead the free desktop version of the Hue Sync App is used. 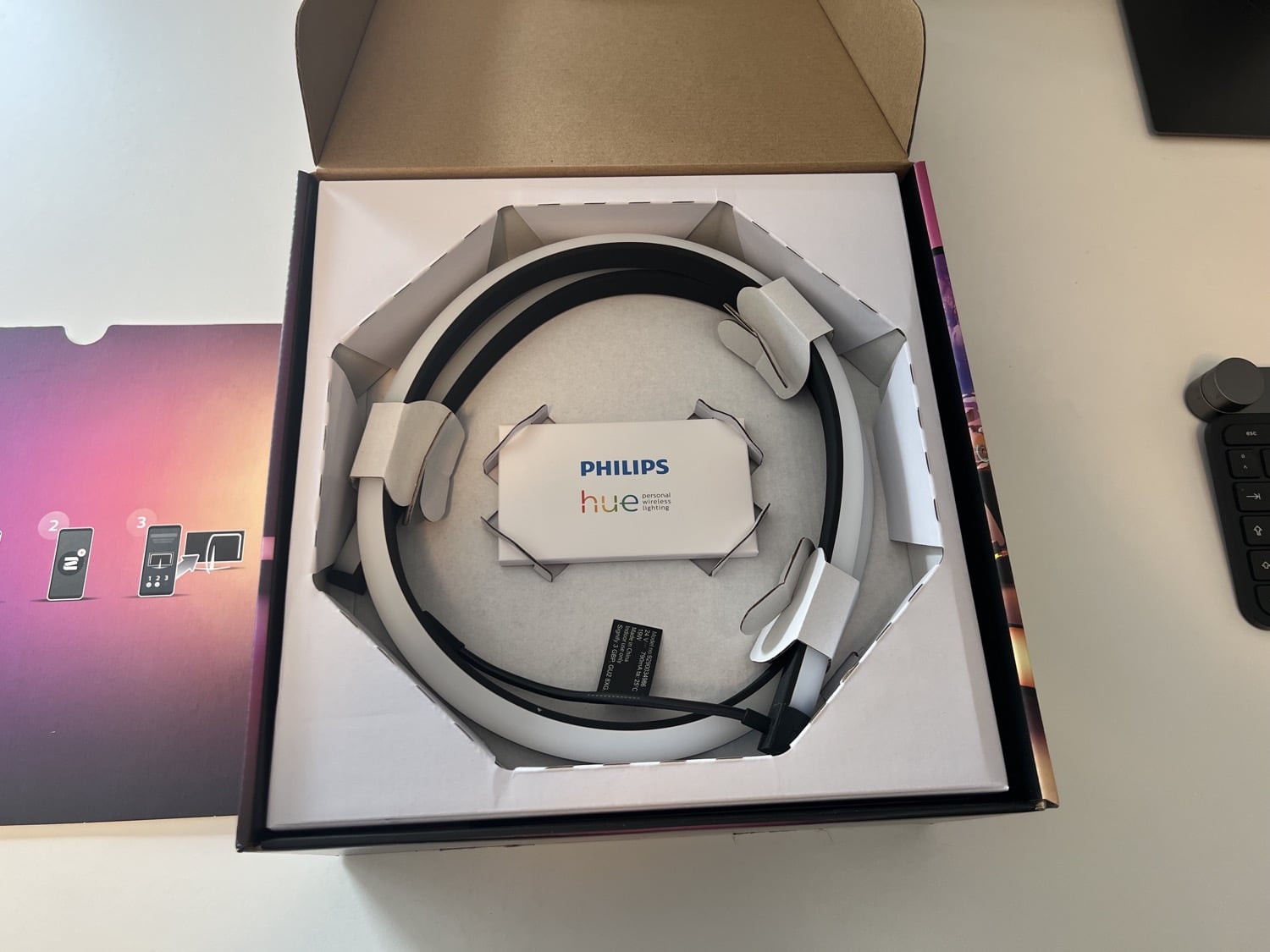 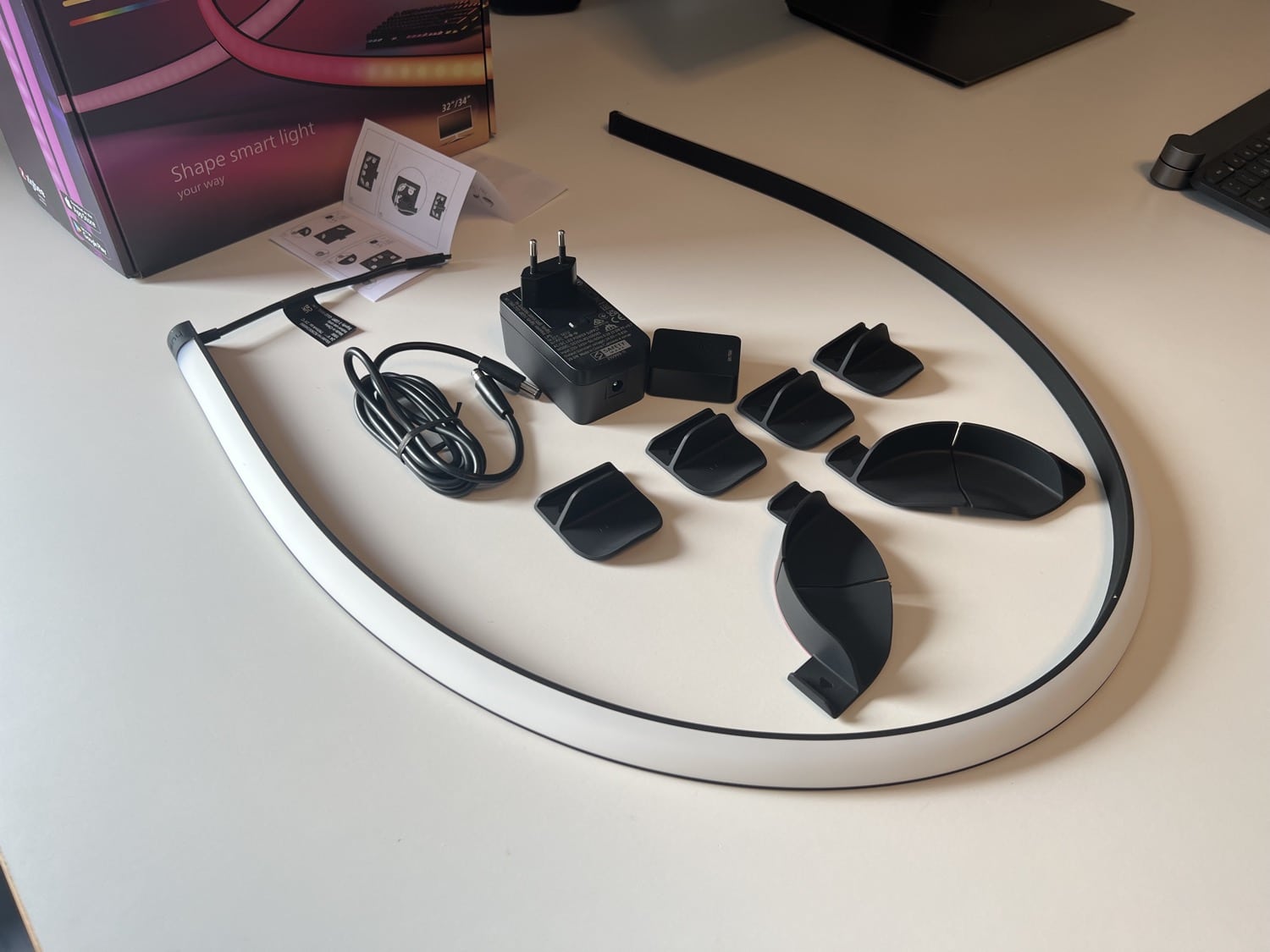 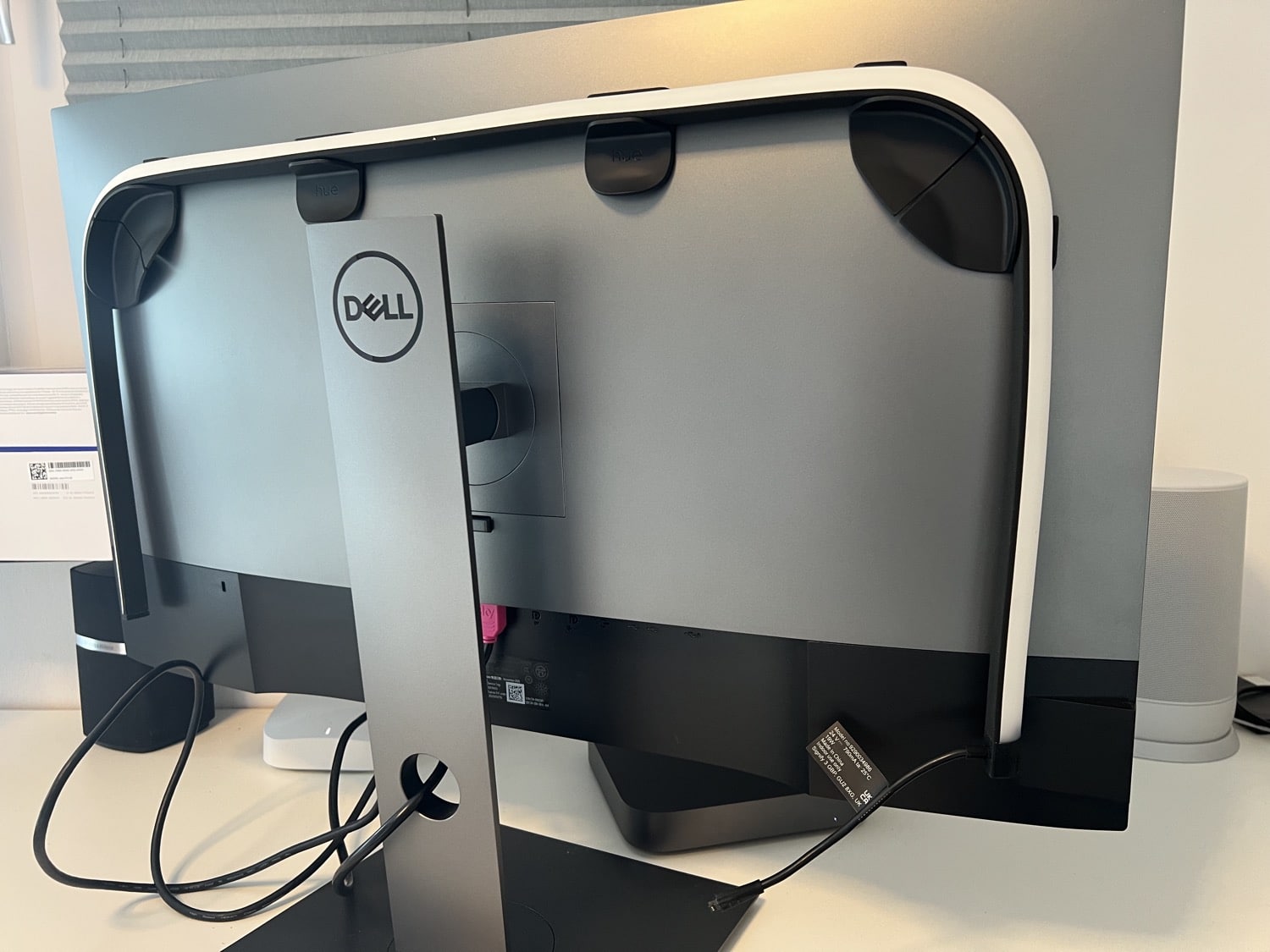 The thing with the picture format and the fourth page

It should be noted that all three PC light strips were designed for 16:9 screens. Especially with the ultra-wide 21:9 screens, the installation of the Gradient Light Strip is not easily possible. Here, you have to move the two corner brackets significantly towards the centre of the screen, which of course has a negative effect on the overall illumination in the end.

I personally see the lack of the lower side less critically, as with the Philips Hue Play Gradient Light Strip only the left, upper and right areas of the PC screen are “extended” with lighting effects. Unlike with the TV, you sit much closer to the screen at your desk, which in most cases also has a large stand. You wouldn’t notice much of the lighting effects on the underside anyway. Moreover, the light strip, which is not exactly cheap anyway, would then probably be even more expensive than it already is.

The thing with performance

Installation and set-up should not be a big hurdle for Hue-experienced users. You can’t do much wrong anyway and the Hue Sync software is almost self-explanatory. There are different modes, intensities and brightnesses that can be set very easily. With a mouse click on the “Sync” button, you are ready to go. 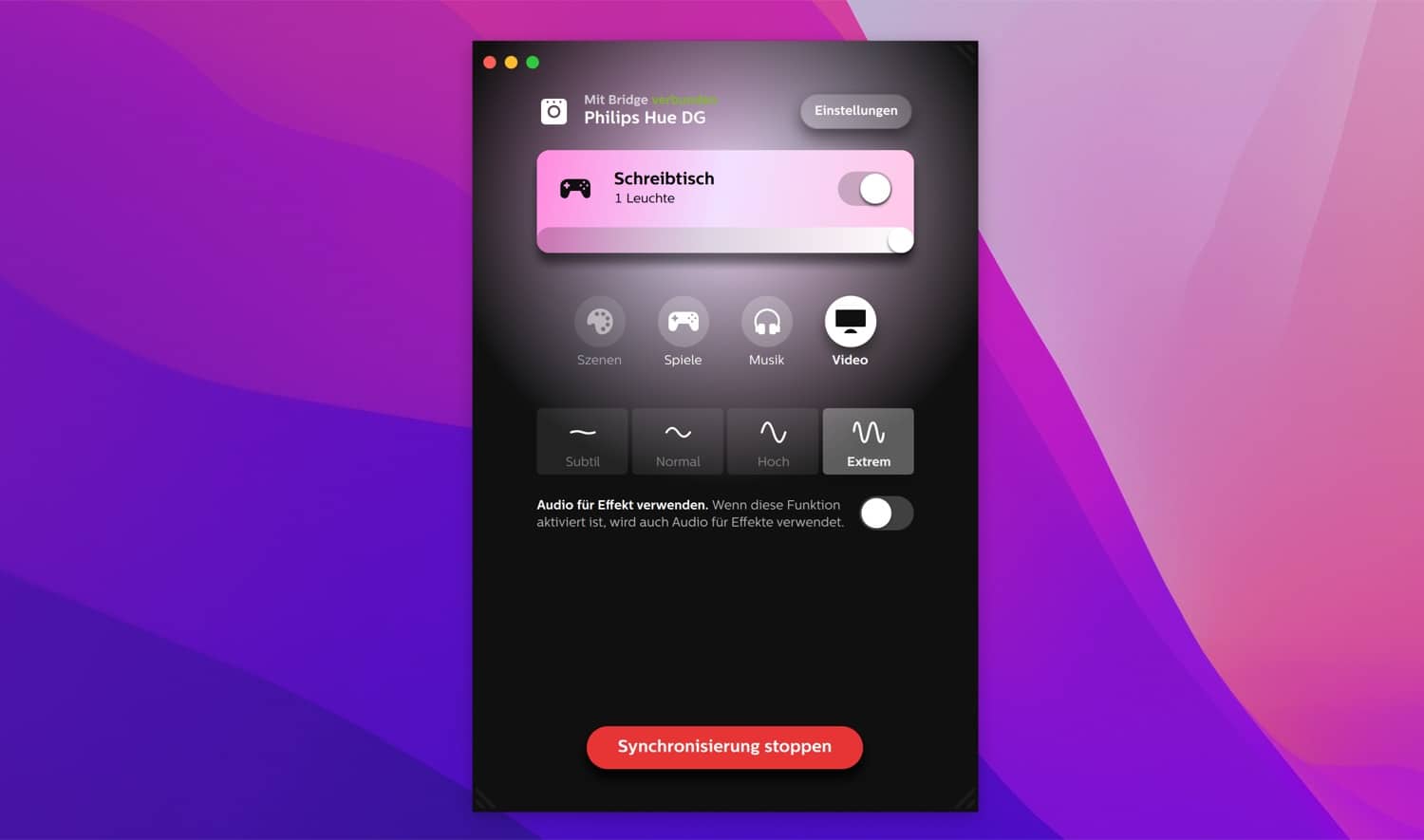 What I noticed, however, is that the performance of my Mac drops a little when the Sync app is active. There’s no question that it costs computing power when the graphics card has to tell the Sync software which colours are currently being displayed on the screen.

However, with my Mac Mini from 2018, I’m certainly not a very suitable test candidate either. Your gaming PC should still have some reserves to handle the additional load.

Why Philips Hue focuses primarily on gaming quickly becomes clear when you watch content from platforms like Netflix and co. with the Sync app activated. All DRM-protected content cannot be displayed when the Sync app is activated. This is certainly not a problem of the Philips Hue Play Gradient Lightstrip alone, but I wanted to point it out at this point.

For me a fine thing even without Hue Sync

There is one thing I quickly learned to appreciate during my days with the Philips Hue Play Gradient Lightstrip: the indirect lighting behind the screen, which is bright enough with up to 1,000 lumens to wrap the dark room in a pleasant light. Add to this the gradient function, which makes great colour gradients possible. 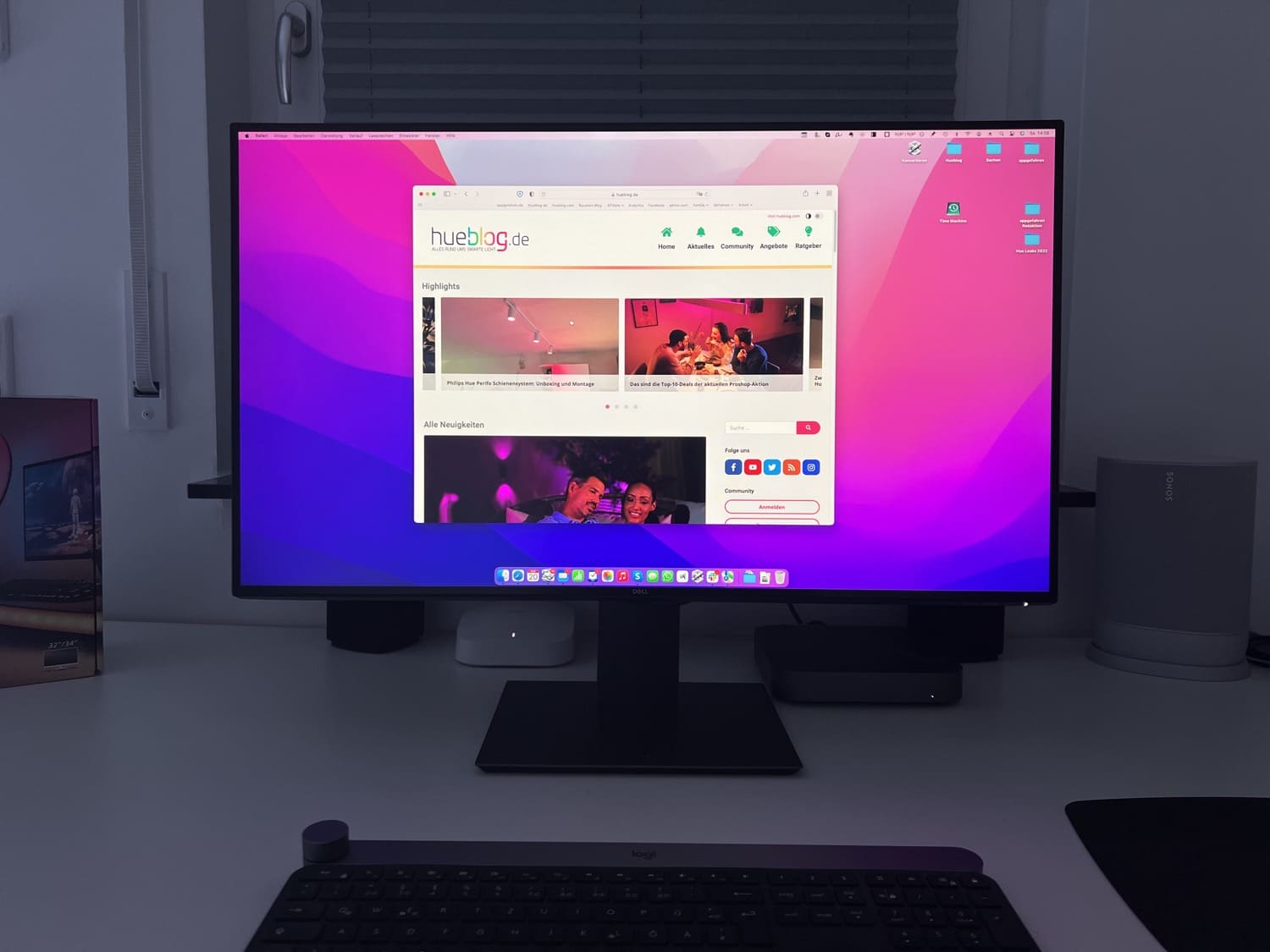 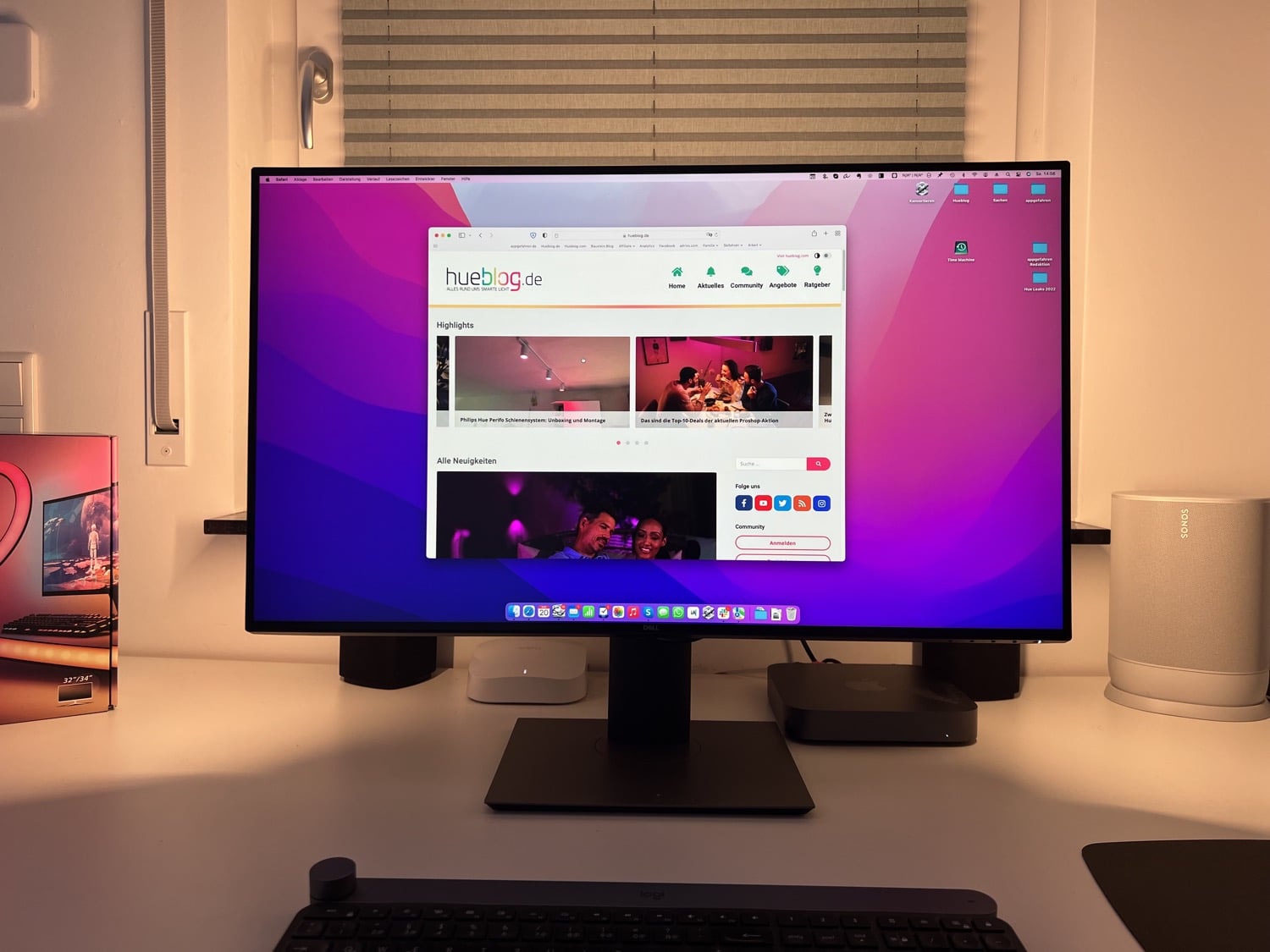 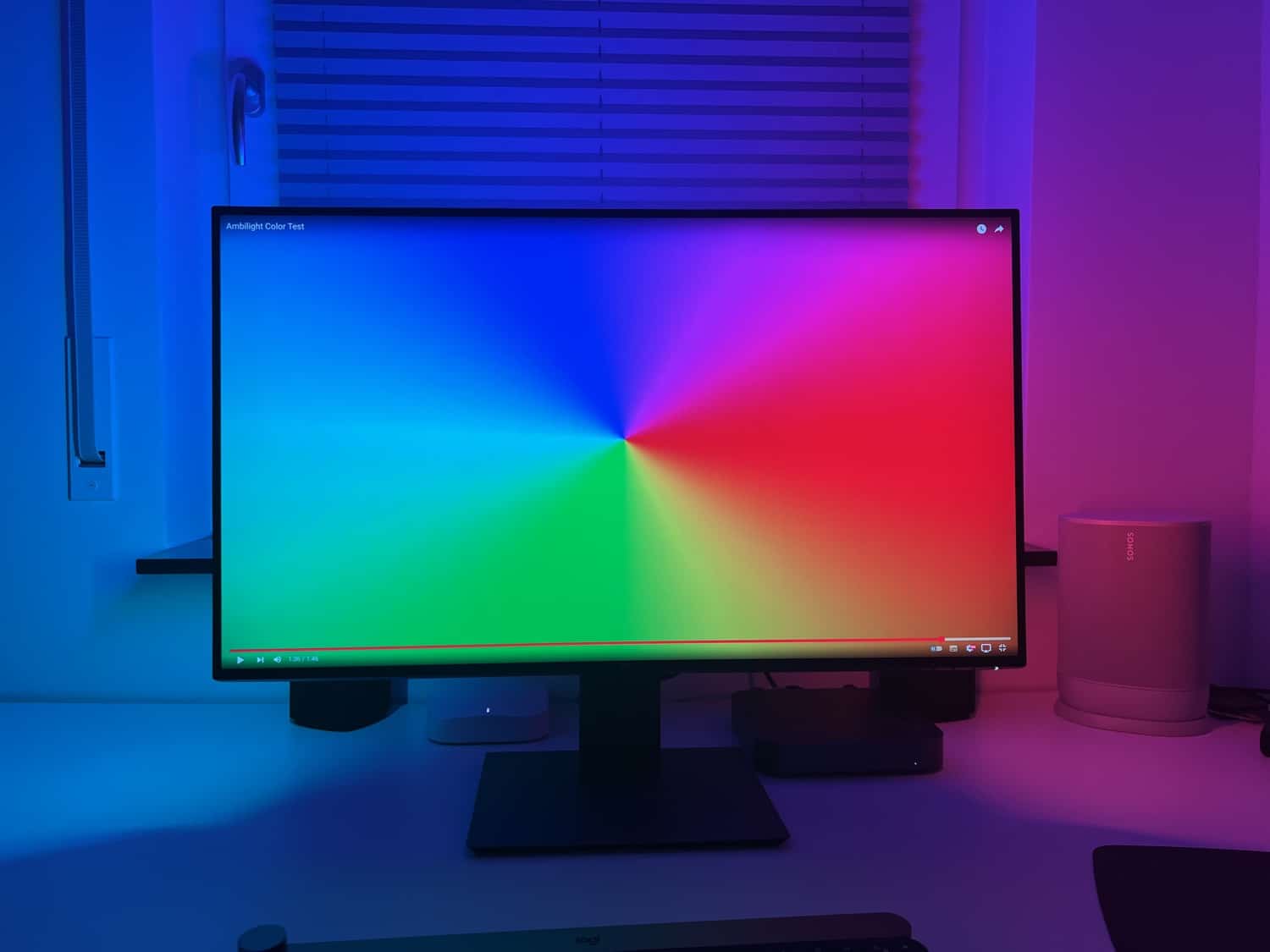 For my 32-inch monitor, the list price of the light strip is 169.99 euros. The alternative would be three Philips Hue Play Lightbars, but their list price is already over 200 euros. The three Lightbars are even a little brighter, but they are also a little more bulky and you have to run two more cables from the monitor to the back.

My conclusion is therefore as follows: If you want to equip the back of your monitor with Hue products to illuminate a white wall with colours, the Philips Hue Play Gradient Lightstrip is a good choice. It has to live with the restrictions that also apply to other Hue light sources, but is easy to install, only requires one cable and offers gradient effects. Caution is only advised with ultrawide monitors, for which there is currently no suitable light strip.