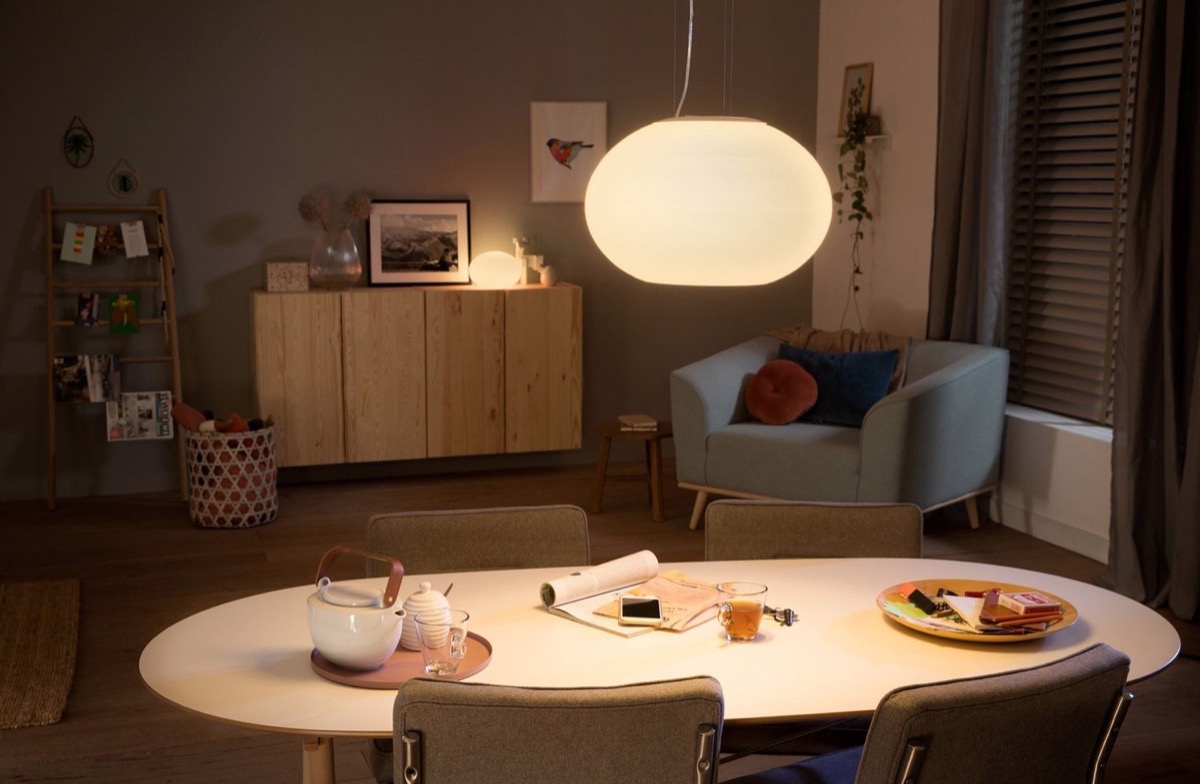 The Hue question: What is hanging above your dining table?

Flourish pendant luminaire is on its way to me

Fabian1 Comment on The Hue question: What is hanging above your dining table? auf Deutsch lesen

If you start to equip your home with Philips Hue, after the living room, the kitchen and the bedroom, you will probably end up in the dining room relatively quickly. Today, I would like to explore with you the question of the possibilities above the dining table.

At the moment I have a rather simple luminaire with three pendulums, each of which contains a normal Hue White and Color Ambiance. I originally planned to use filament lamps here because I really like the look of the Philips Hue models. Unfortunately, this didn’t suit us very well due to the fixed and rather warm colour temperature of 2,100 Kelvin.

In addition, we have now changed our setup a little. As long as we don’t have visitors, our dining table is no longer placed lengthwise but crosswise to the wall, as this gives us a little more space in the room. At the same time we want to keep the option open to turn our extendable table if more than five people are to sit at it. 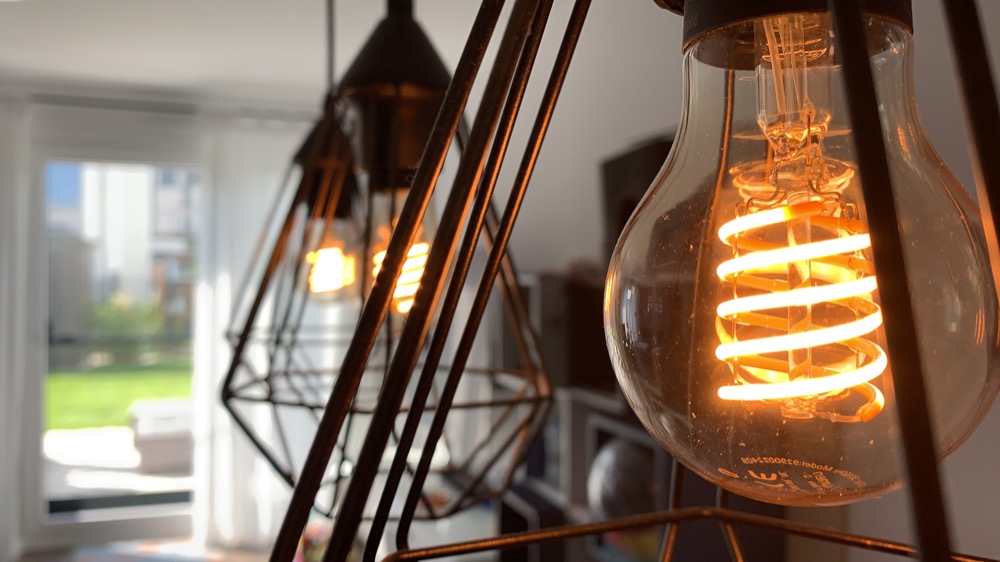 For this reason, I have been looking for a round pendant luminaire in recent weeks and unfortunately had to give up the idea of using the Hue Ensis, which I personally like very much.

In principle, there were two possibilities for me: Either a conventional round pendant luminaire in which I could fit the three existing E27 lamps – or something completely new with permanently integrated LEDs. Philips Hue has around a dozen different models in its range.

What kind of lamp do you have hanging above the dining table?

Currently I am still waiting for the delivery. The installation and the final result I will definitely document for you. But until then, it’s your turn: I’m interested to see what you have over your dining table. I am already curious about your comments!