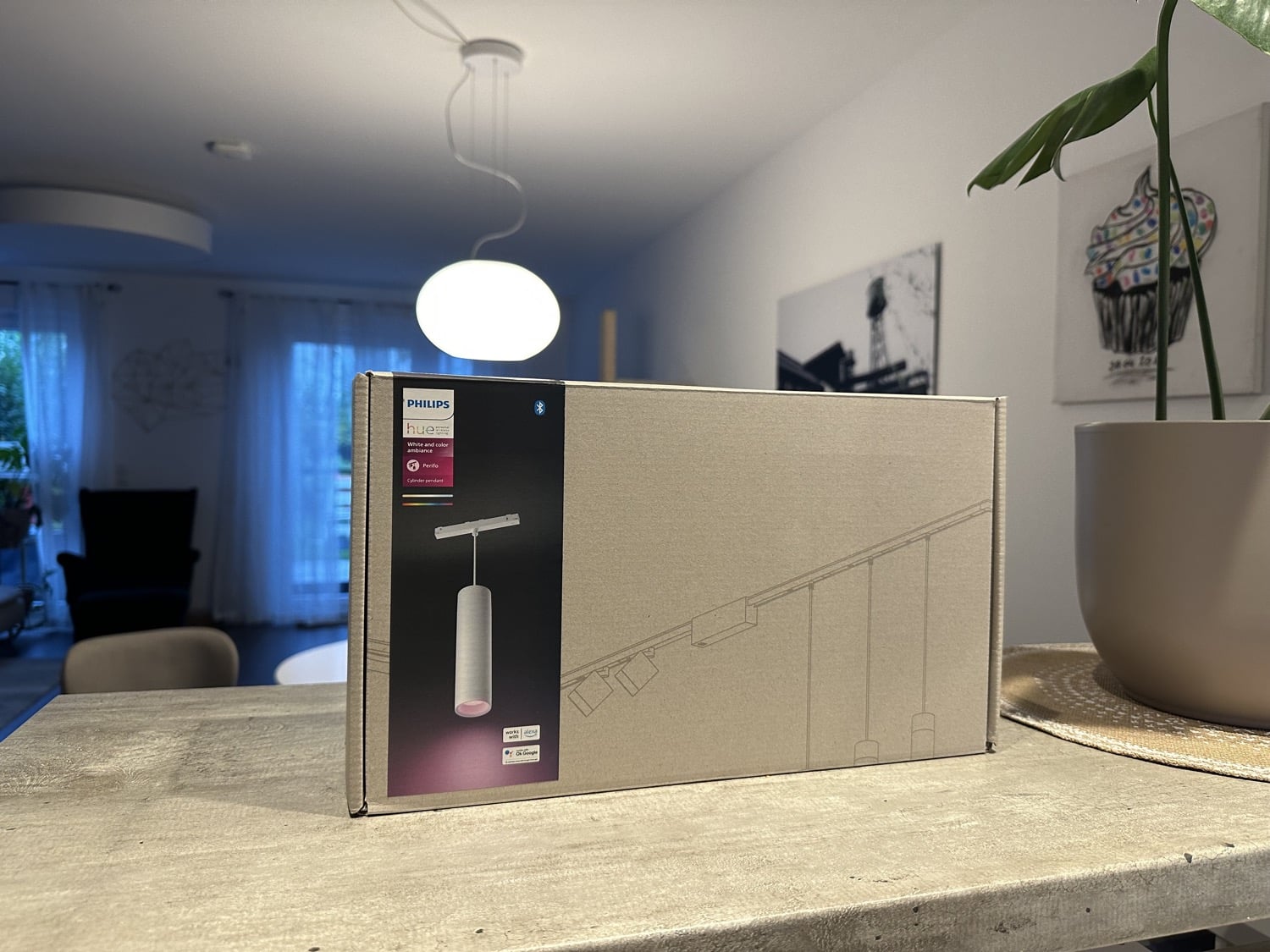 Slim and quite long

I have already reported about the new Philips Hue Perifo track system, especially my impressions around the external power supply turned out very positive. For me, the rail, which I currently have equipped with three spots, is a real problem solver in my kitchen. As a test, I have now inserted a Perifo pendant luminaire into the rail.

You can get the pendant light directly as a set, either in the various bundles in the Hue online shop or in a limited selection at retailers such as Click-Licht.de. The cost of a single pendant lamp is 149.99 euros. Even for a lamp with White and Color Ambiance technology, that sounds a lot at first.

I also don’t want to deny that the Perifo track system is quite an expensive affair. After all, you can also use tracks from other manufacturers and insert a GU10 spot from Philips Hue in universal pendants. Here, however, there is a small but really subtle difference. 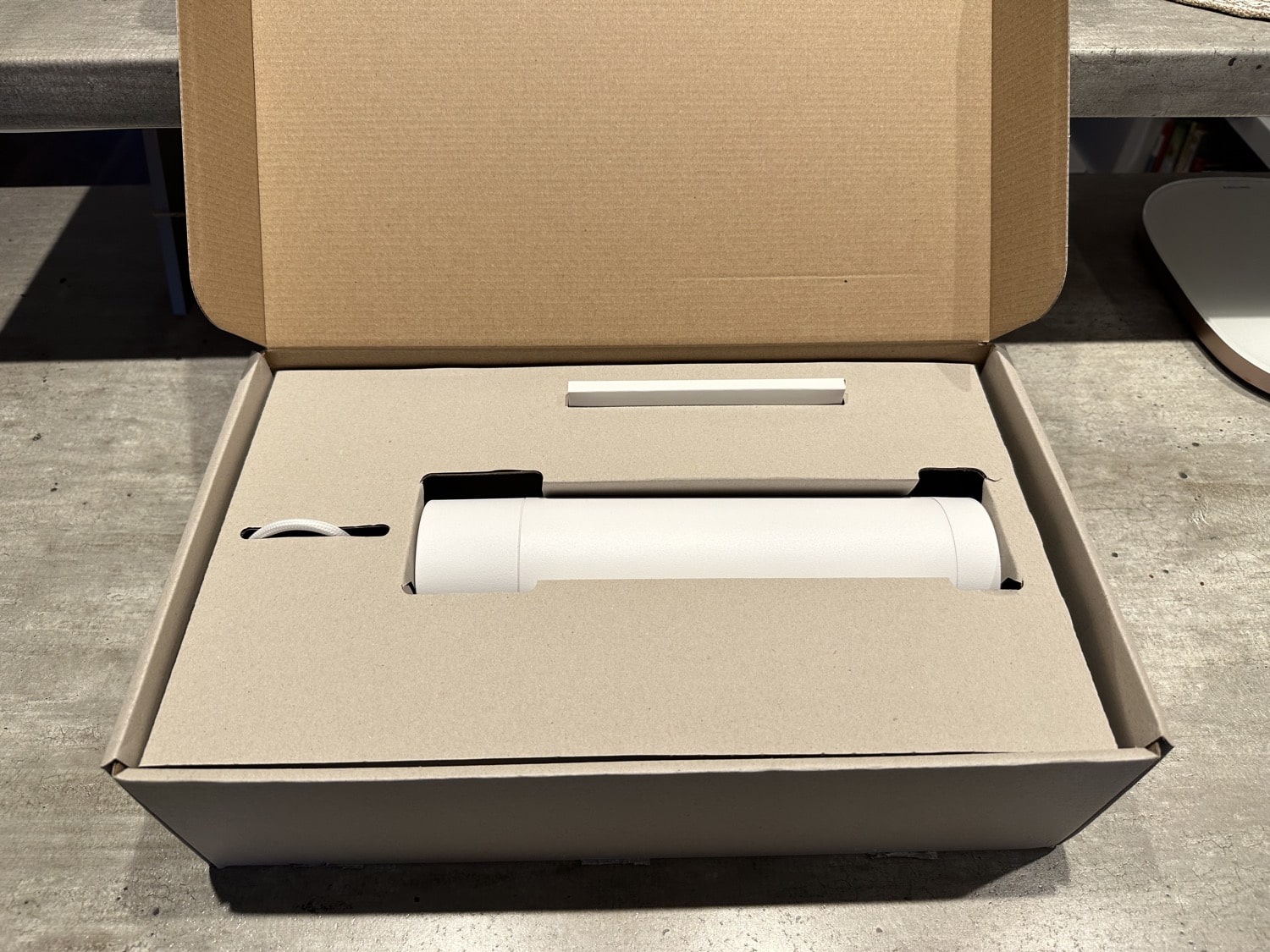 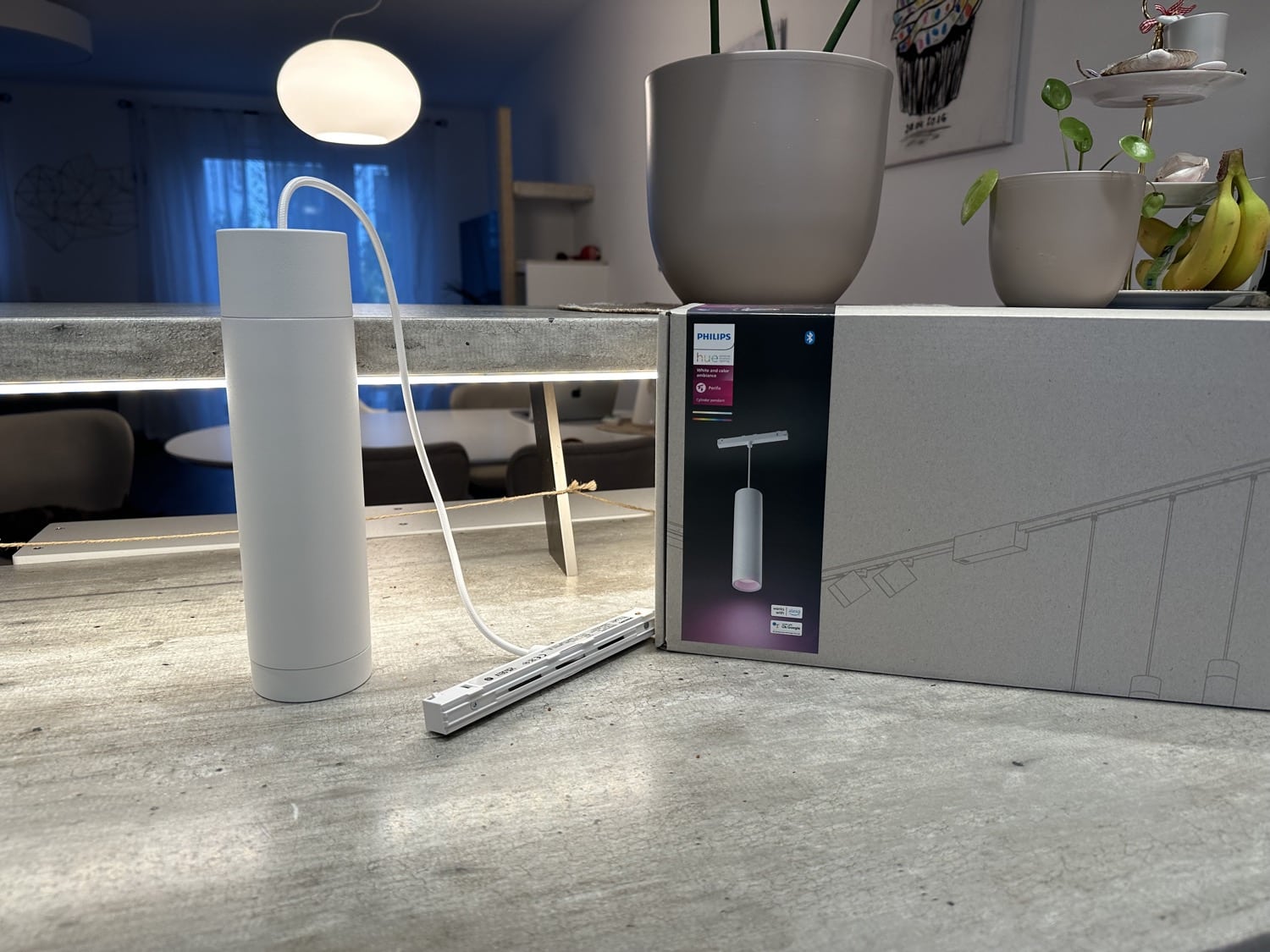 The installation is quite simple. The adapter of the pendant luminaire is simply clicked into the rail and the power supply is established. The light can then be paired with the Hue app as usual via Bluetooth or ZigBee. 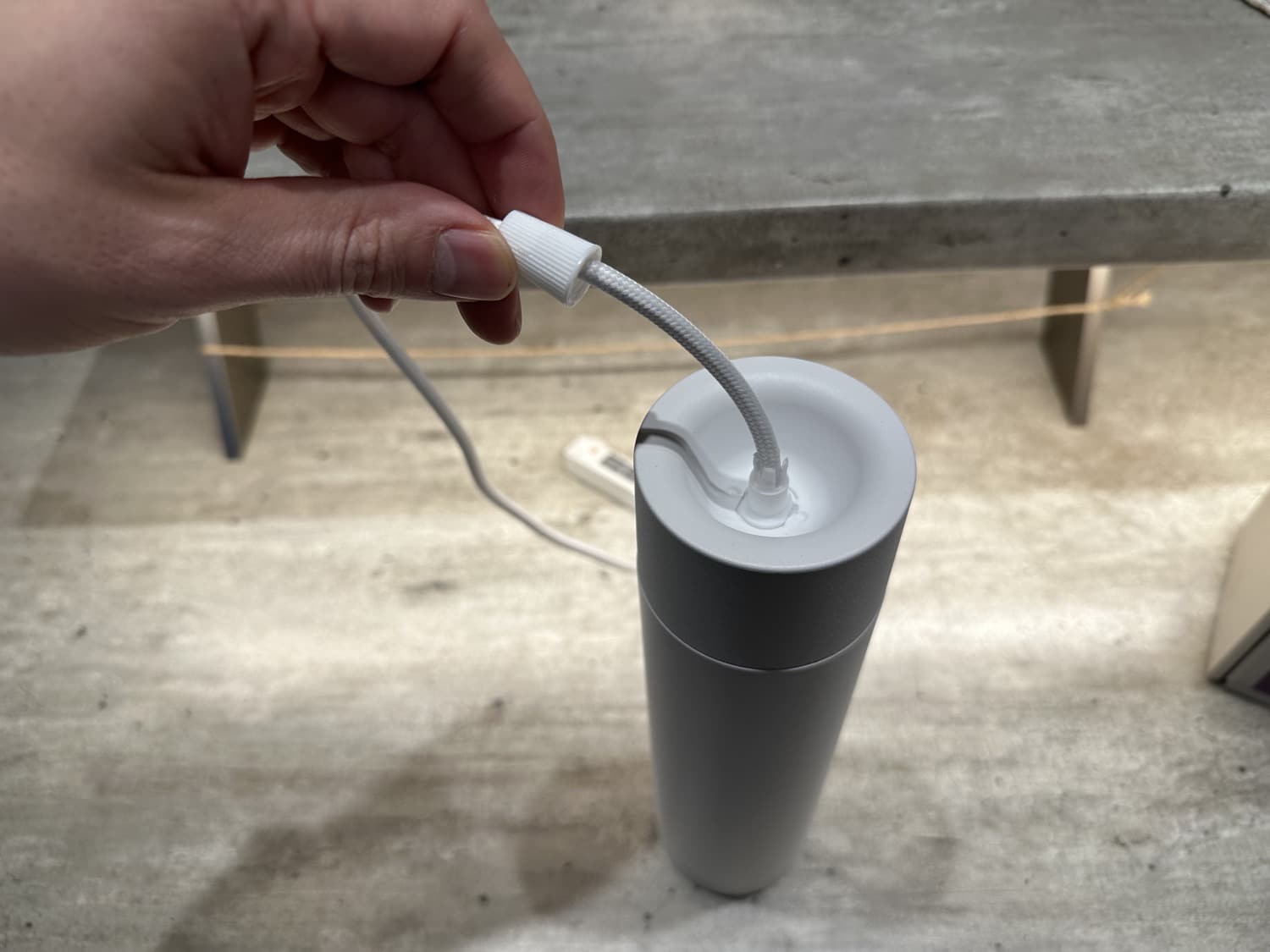 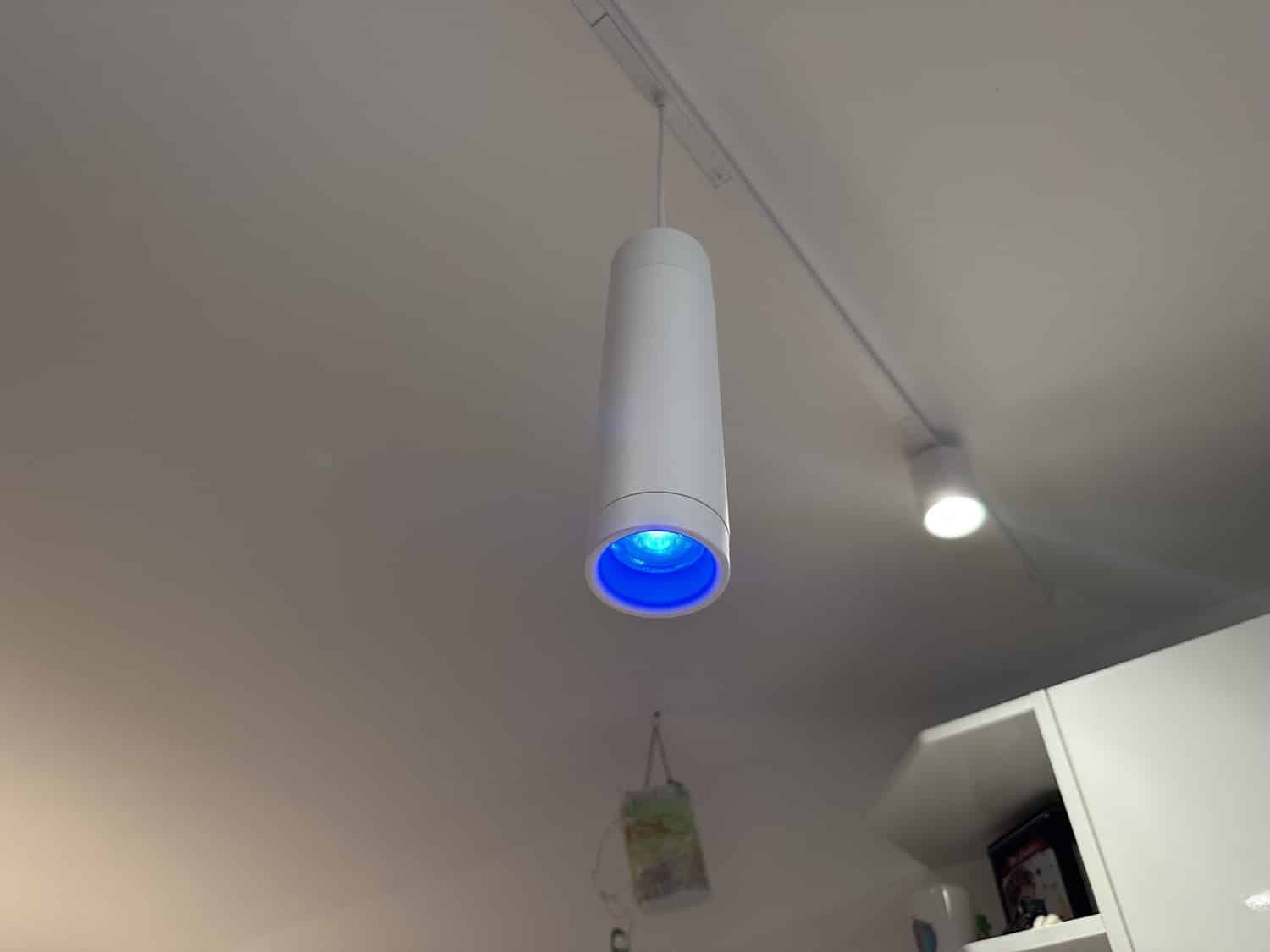 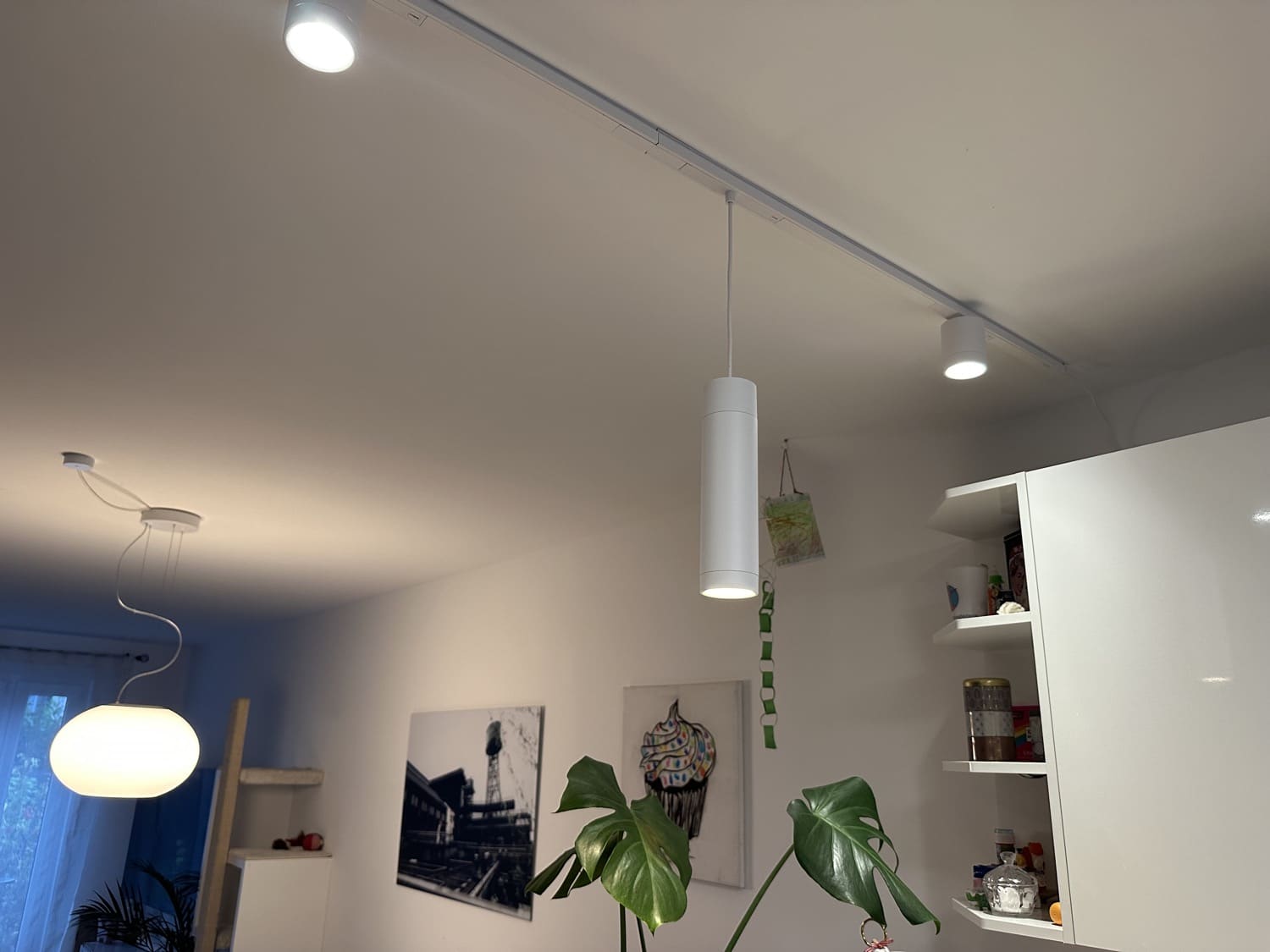 Length of the cable can be individually adjusted

The free adjustment of the cable length is well solved. To do this, simply unscrew a small cap on the top of the metal body and the nylon-braided cable can simply be pushed in or pulled out. If desired, the cable disappears completely and can be extended up to 146 centimetres. Even with high ceilings, you have enough options.

I have to get used to the long shape. The Perifo pendant lamp is 25.5 centimetres long and measures 6.7 centimetres in diameter. I really haven’t been able to decide yet whether I find the pendant lamp too long – or not. What do you say?