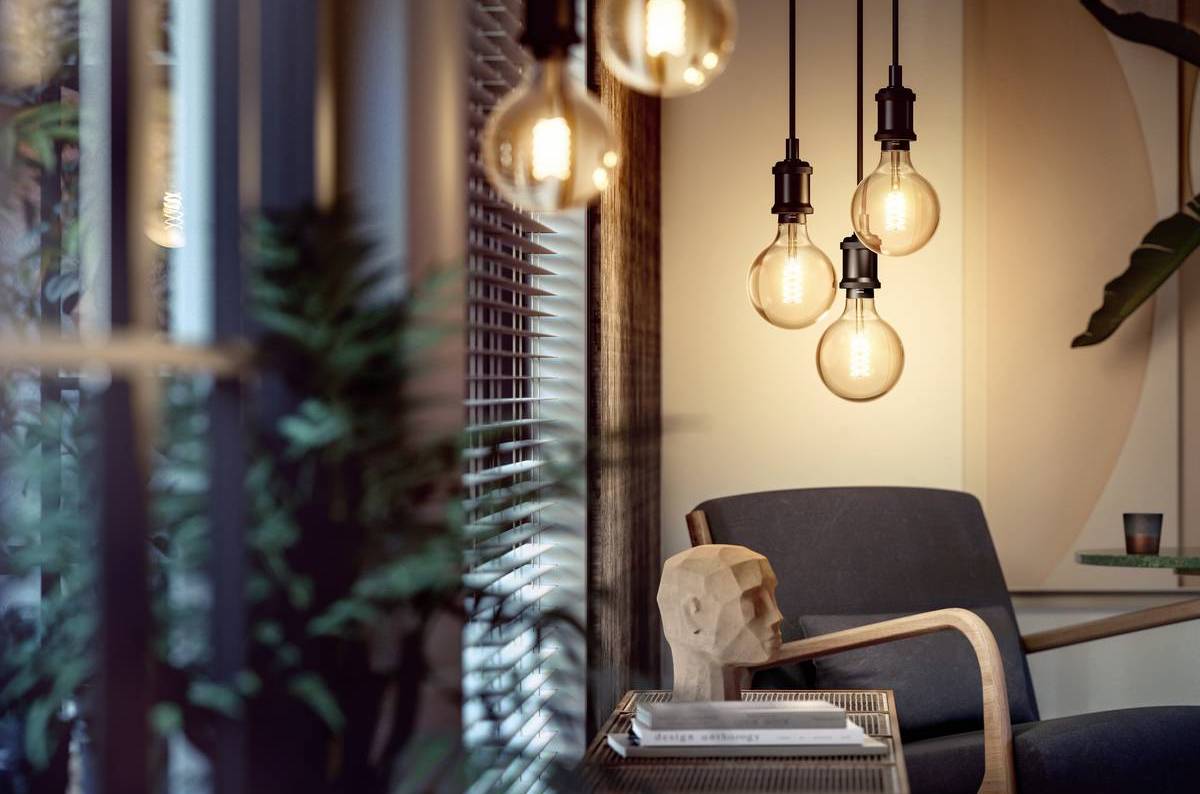 Actually, I assumed that Philips Hue would not present its new products until Thursday. However, Philips Hue has already presented the first two new products at the Smart Home League event, in which other well-known brands such as Tado and Ring also took part. So far there are no surprises, but I would like to bring you up to date.

After the Philips Hue White Filament in the three sizes Standard, Edison and Globe were introduced at almost the same time last year, there is now a growth. Growing is a very good keyword, because the Giant Filament lamps have become a whole lot bigger. 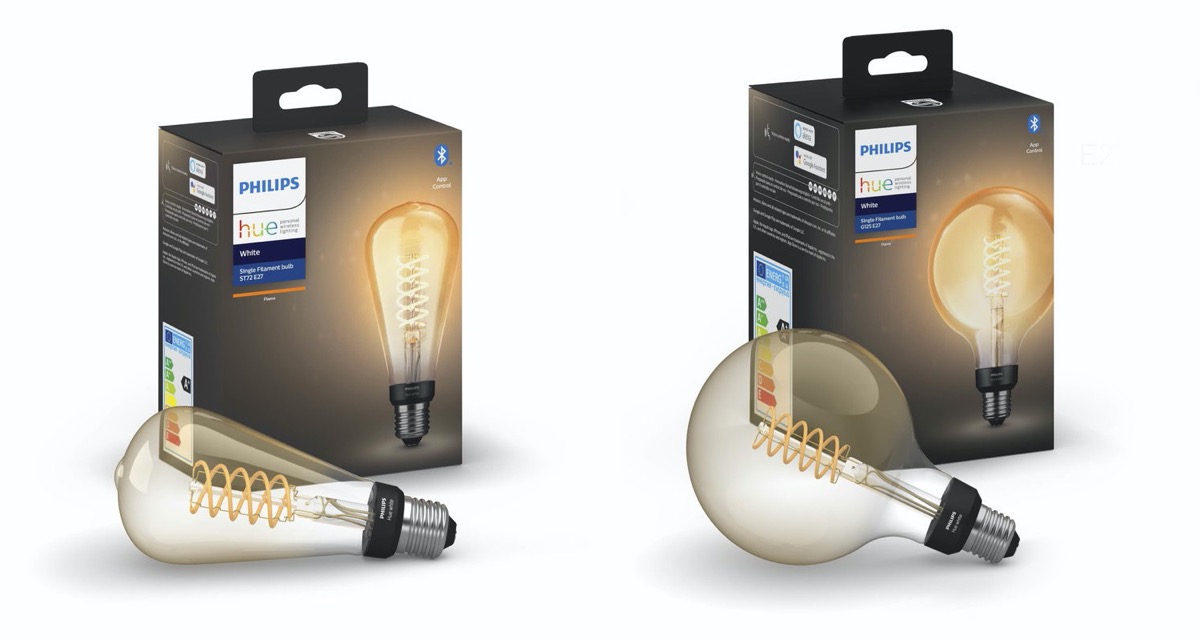 Nothing has changed in the built-in lighting unit. It is again a Hue White with a fixed color temperature of 2,100 Kelvin. The brightness is infinitely variable, up to 550 lumens at a power consumption of up to 7 watts are possible.

Also already announced was the new Philips Hue White E14 Luster, which I would like to call a teardrop lamp for the sake of simplicity, after all we already know a candle lamp with E14 base. Also with this new release, size plays a very important role, even if we are rather looking in the other direction. From the well-known E14 candle lamp with a length of 106 millimeters we have an E14 teardrop lamp, which is only 77 millimeters short. One saves thus times evenly evenly 2.9 centimeters.

And exactly these 2.7 centimeters can be decisive with E14 lamps, especially when you think of compact table lamps for the desk and bedside table. I find it all the more regrettable that the new E14 drop lamp only appears as a Hue White with a fixed color temperature of 2,700 Kelvin, because it is precisely in the bedroom or study that one would benefit from White Ambiance technology. With a brightness of up to 470 lumens, the “E14 Luster” is just as bright as the well-known candle lamp.

Both new releases are scheduled to be launched in October. We should know the exact prices tomorrow morning when Philips Hue fires its own product presentation.