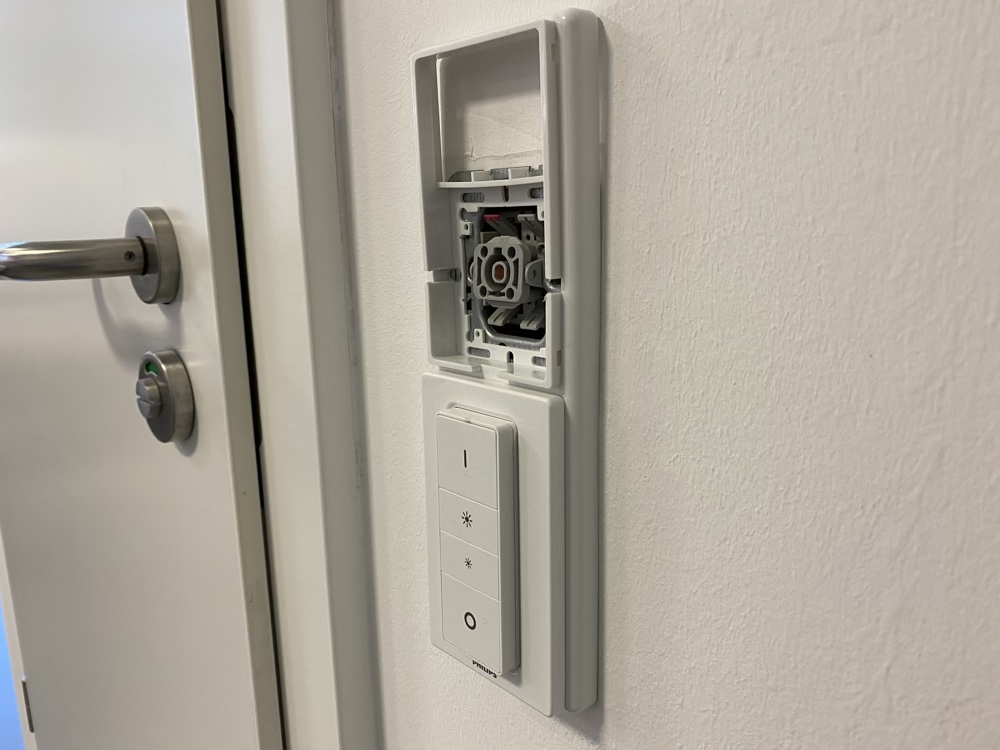 Our survey on Hueblog.de has shown once again: The Philips Hue dimmer switch remains your favorite. No wonder, after all it has been available for several years with a price of less than 25 bucks it is quite cheap and can also be used in many ways. At least it comes with a holder from which you can easily remove the dimmer switch.

But there is one problem in most countries: The holder for the dimmer switch is smaller than a classic light switch. In addition it would have to be completely removed so the dimmer switch can be adjusted on the empty box.

The Samotech SM222 takes care of exactly this problem – and it does it twice. The cover frame, which can hold two dimmer switches, I already introduced to you in January. It took some time, but now the SM222 can finally be ordered on Amazon.de without any problems. 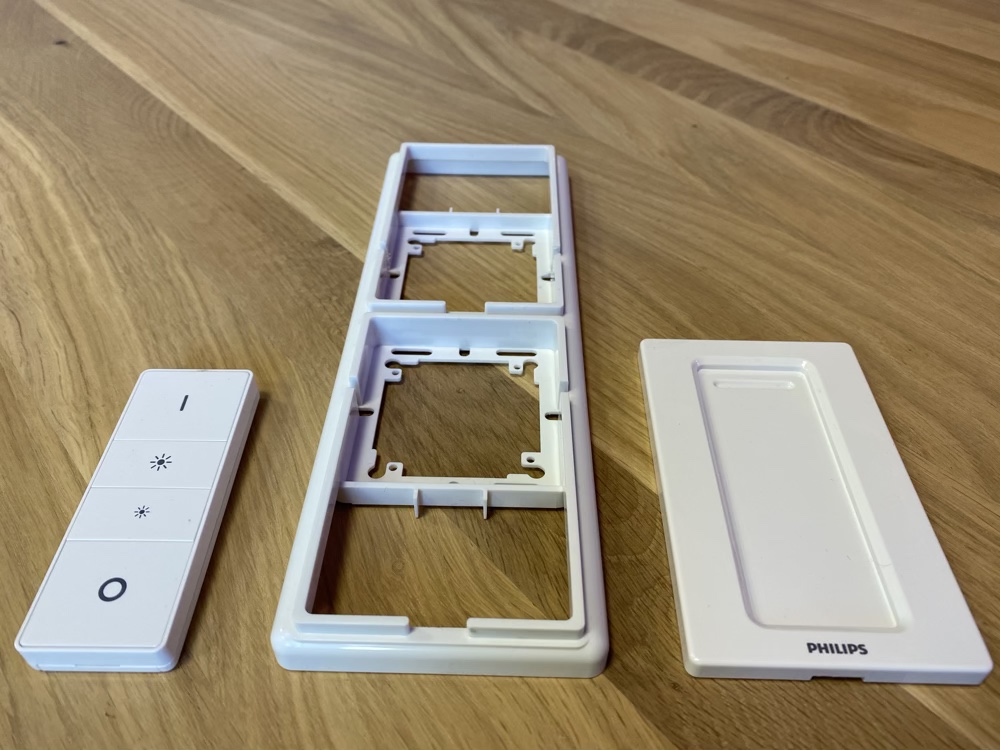 The new cover frame from Samotech can be mounted on any conventional standard light switch with a metal bracket – without having to remove the light switch completely. Especially for rented apartments or users who are not so technically versed, this is an easy way to avoid unintentional activation of the light switch.

Frederick
Smart Lighting is great. I love the possibilities and also like Hue very much. We want to share our informations und insides with all of you. I am from Germany and not a native speaker - don't be so hard with us ;)