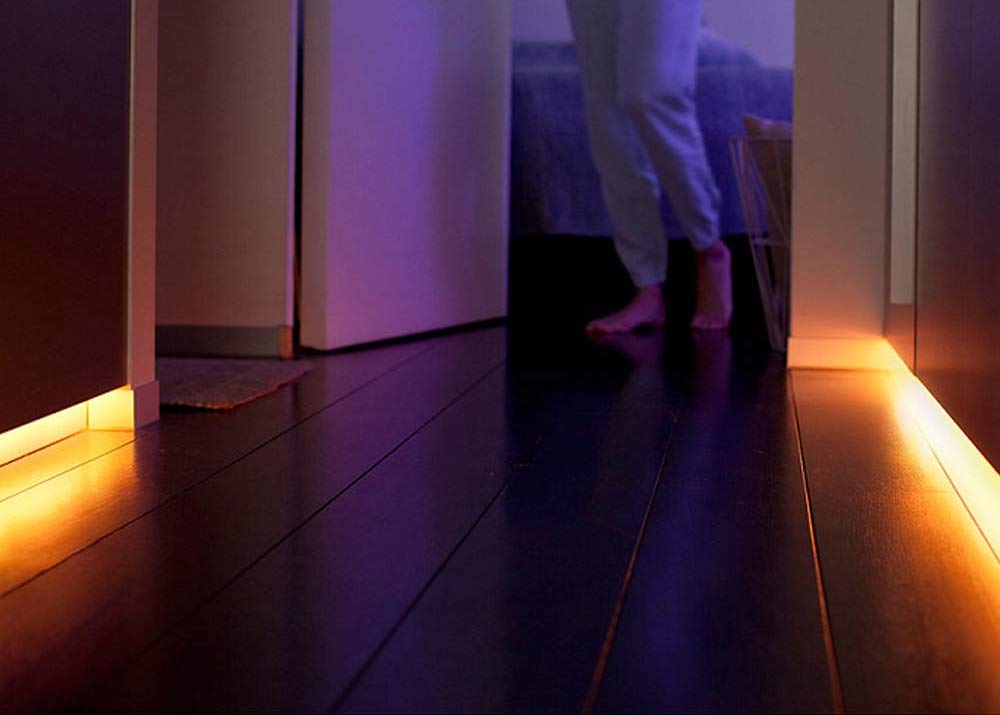 Why your biggest wish for the LightStrip is technically hardly realizable

Display more than one color at a time

Earlier this month, I discovered that Signify is working on a new Philips Hue LightStrip. It’ll definitely get Bluetooth – but what else? Of course the manufacturer did not comment on this, so I asked you last week: what should a new LightStrip be able to do in any case?

The answer is clear: almost 53 percent of the readers would like the LightStrip to be able to display more than one color at a time. But this is probably an innovation that is technically the most difficult to implement.

The Hue system is not prepared for a multicolor LightStrip

This is because a LightStrip with multiple color zones would require extensive changes to the control of the Bridge and the Hue app. The light strip’s different colour zones would not be considered as individual lamps, because otherwise the limit of the bridge would be reached too quickly. For comparison: the LIFX Z Strip offers the desired functionality and has eight colour zones per metre. This would mean that the Hue Bridge would have to control 16 new lamps – with a maximum possible number of 50 to 60 lamps per bridge.

Of course I would be happy if Signify could find a way to make this wish come true but I don’t have high hopes. I consider other changes to be more realistic.

What should a new LightStrip be able to do in any case?

I would wish for the LEDs on the LightStrip – which are currently six centimeters apart – to move closer together. Together with a milky cover, this could ensure that no individual LEDs would be seen – similar to the Outdoor LightStrip. And I’ll be honest at this point: this would be an innovation that I would be happy about. And so would 25 percent of the readers, who have also expressed this wish.

At the end of the day, many questions remain unanswered. There is still no real indication as to when the new LightStrip would actually come onto the market. However, since the entry has already been made with the regulatory authorities, I assume that this will happen in a few weeks to a few months.