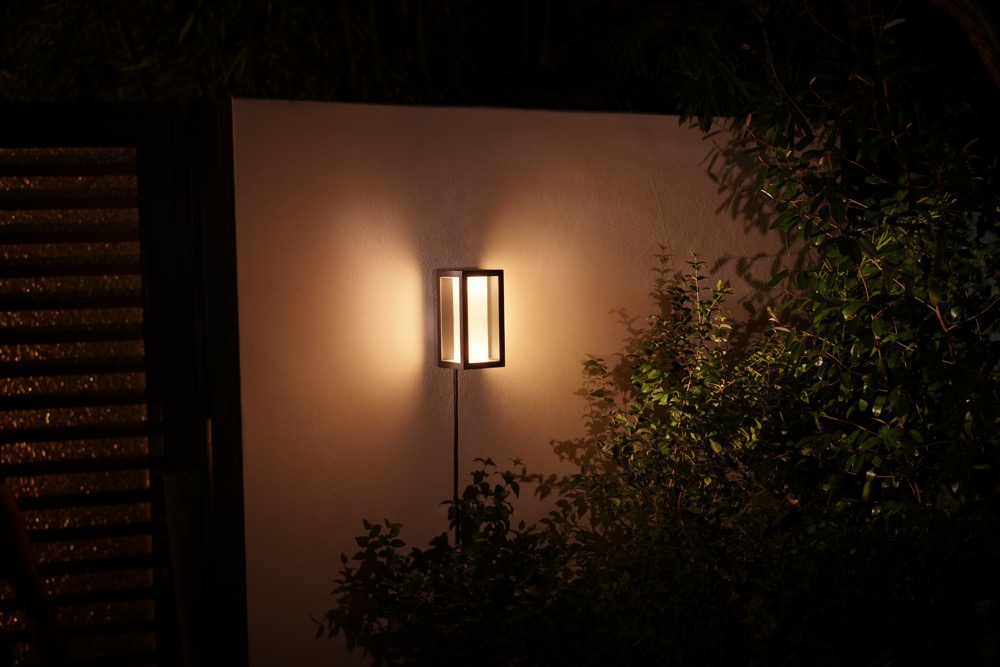 Officially introduced: This is the new Hue Outdoor Series

First products will be available in January

MelLeave a Comment on Officially introduced: This is the new Hue Outdoor Series

A few weeks ago we already had a first look, today Philips Hue officially presented its innovations for spring 2020 at CES. Just like last year, outdoor products will again be presented at CES, including a new more powerful spot. In this article we’ll present the models you can look forward to in the coming weeks. 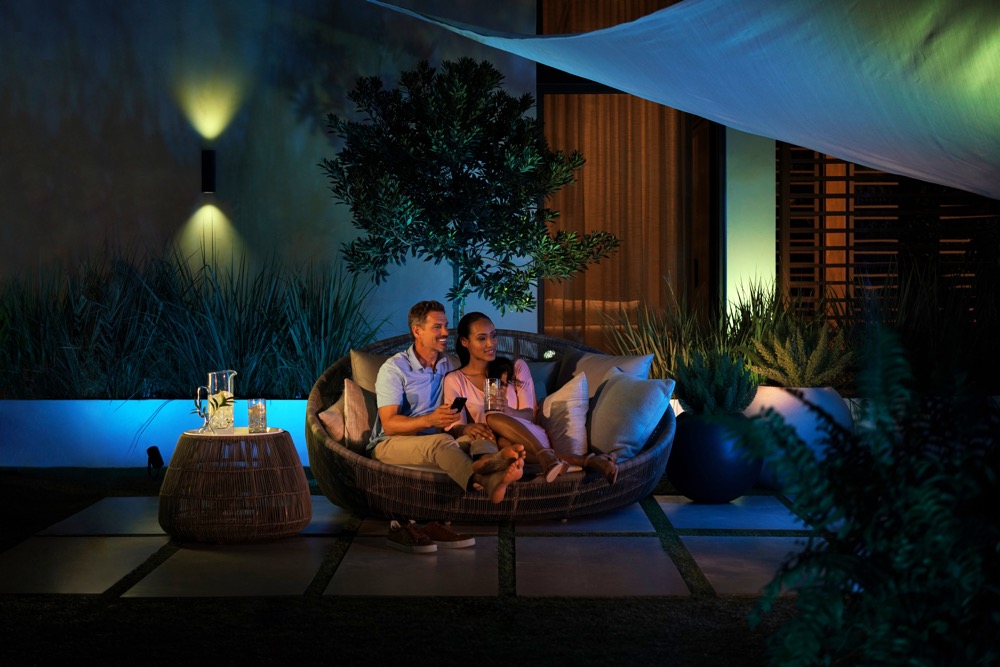 The 139.99 euro wall lamp Appear offers a total of 1,200 lumens. The two 8 watt lights are directed upwards and downwards and throw two light cones of the same colour onto the wall. Available from the end of January. 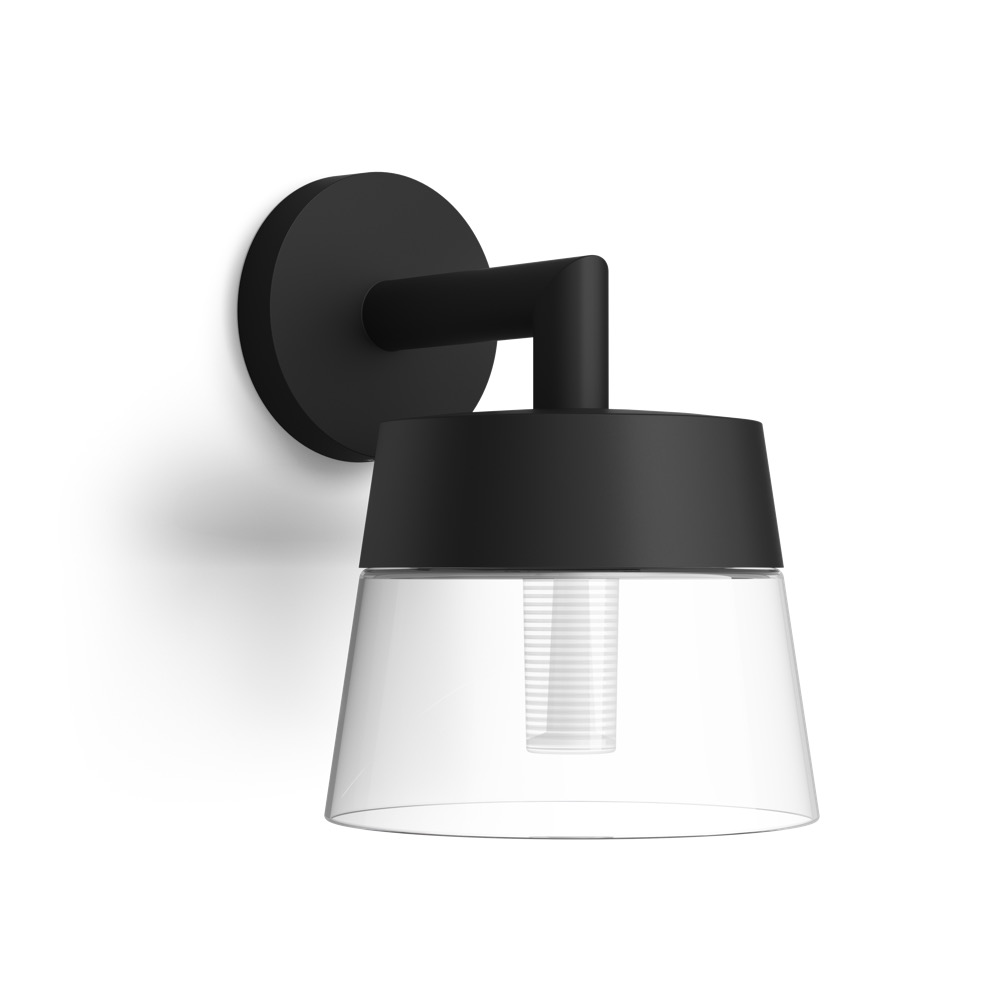 Also available as a White and Color Ambiance model, it will be released in January for 149.99 euros. The glass design of the lampshade is without a doubt exceptional for the Hue world. The lamp offers a total of 600 lumens. 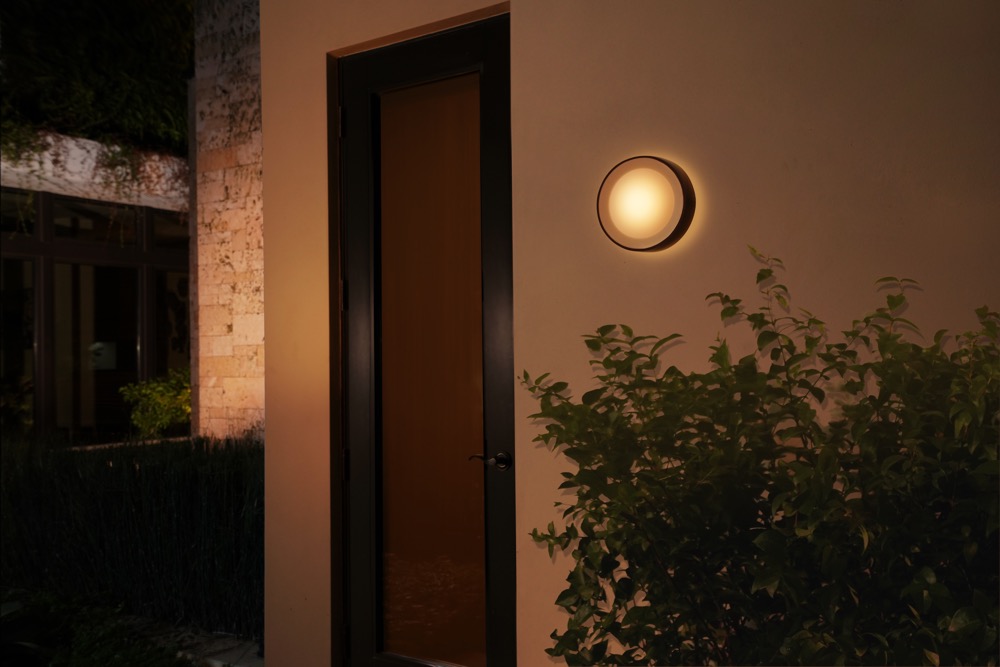 The Daylo wall lamp will be available in two different versions in January. For 114.99 euros you get a black model made of aluminium, for 119.99 euros there is a silver version with a stainless steel frame. Both versions of the color lamp deliver a brightness of up to 1,050 lumens at 15 watts. 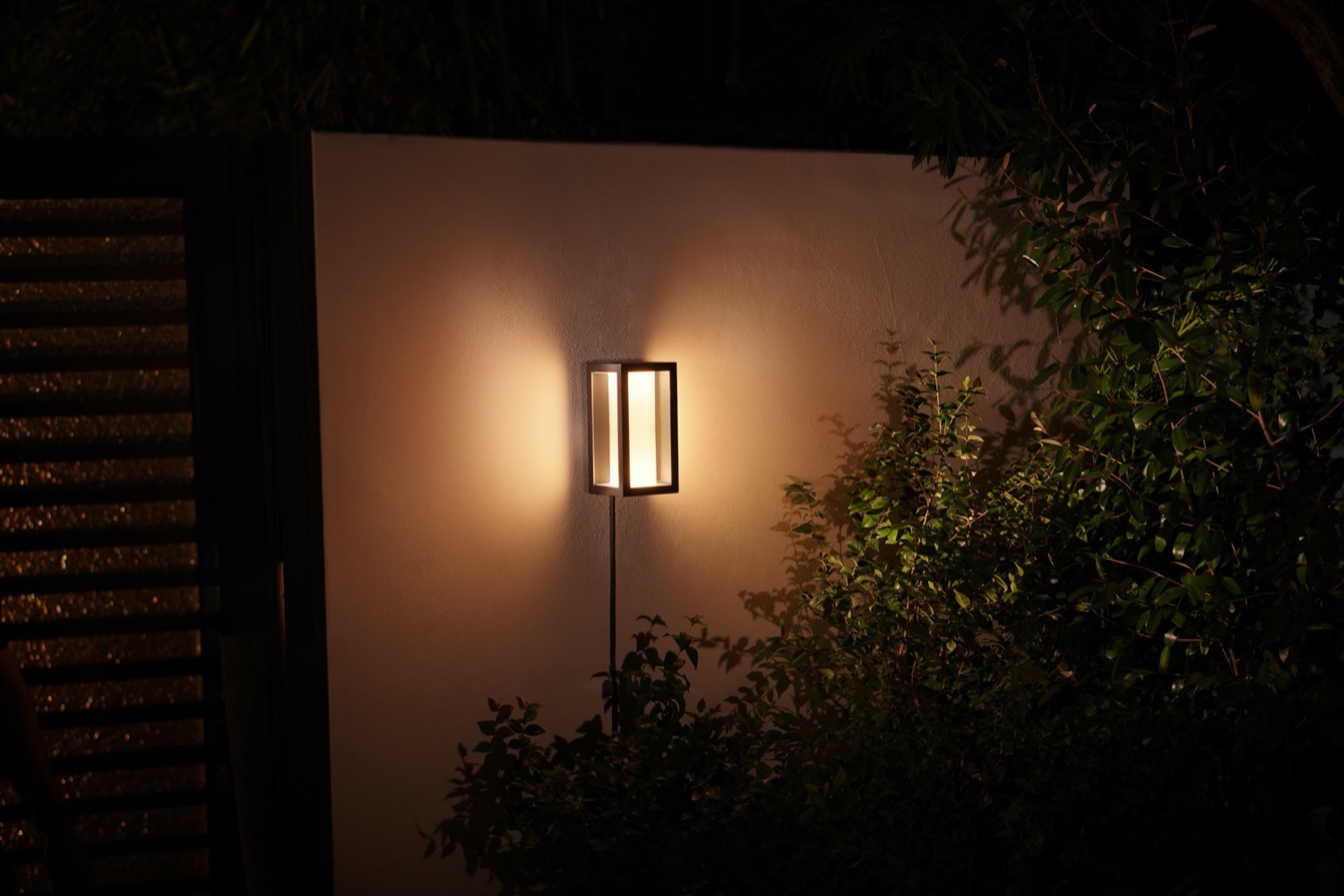 The Impress series was already published last year and is now being supplemented by a further wall lamp. It is one of the first wall luminaires ever without a fixed power connection. Instead, it is connected to the well-known low voltage system. With 1,200 lumens the Impress is quite bright, for the extension set with 5 metres of cable and T-piece 129.99 Euros are called up. 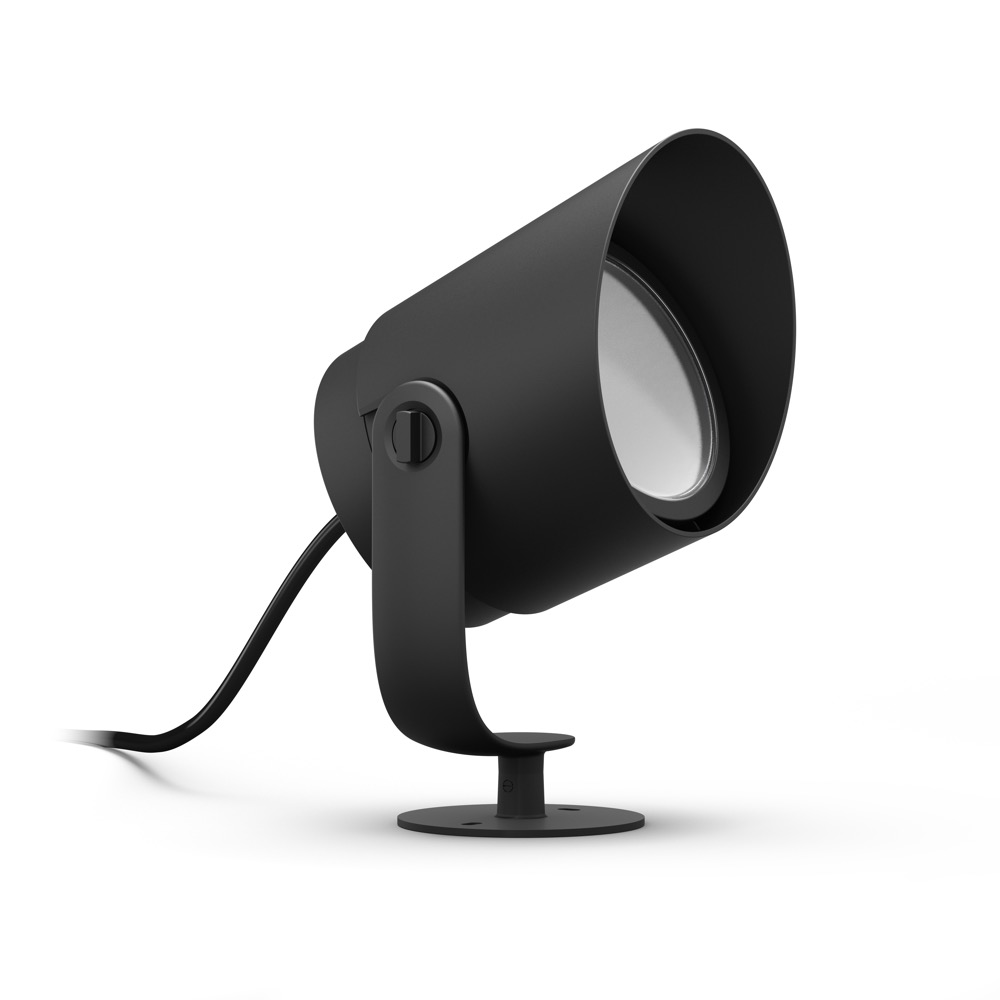 Probably the most exciting new release is the big brother of the well-known Lily spot. With 1,050 lumens, the Lily XL offers significantly increased brightness. Included in the scope of delivery of the 139.99 euro expensive extension are a T-piece and the cable for the low-voltage system, a wall mounting and a ground stake. There is also a cap that focuses the light cone even further.

The new wall lamp Nyro offers a rather angular design. 1,000 lumens brightness at 13.5 watts power is offered, the 119.99 euro expensive lamp is made of aluminium. Delivery here is expected in April. 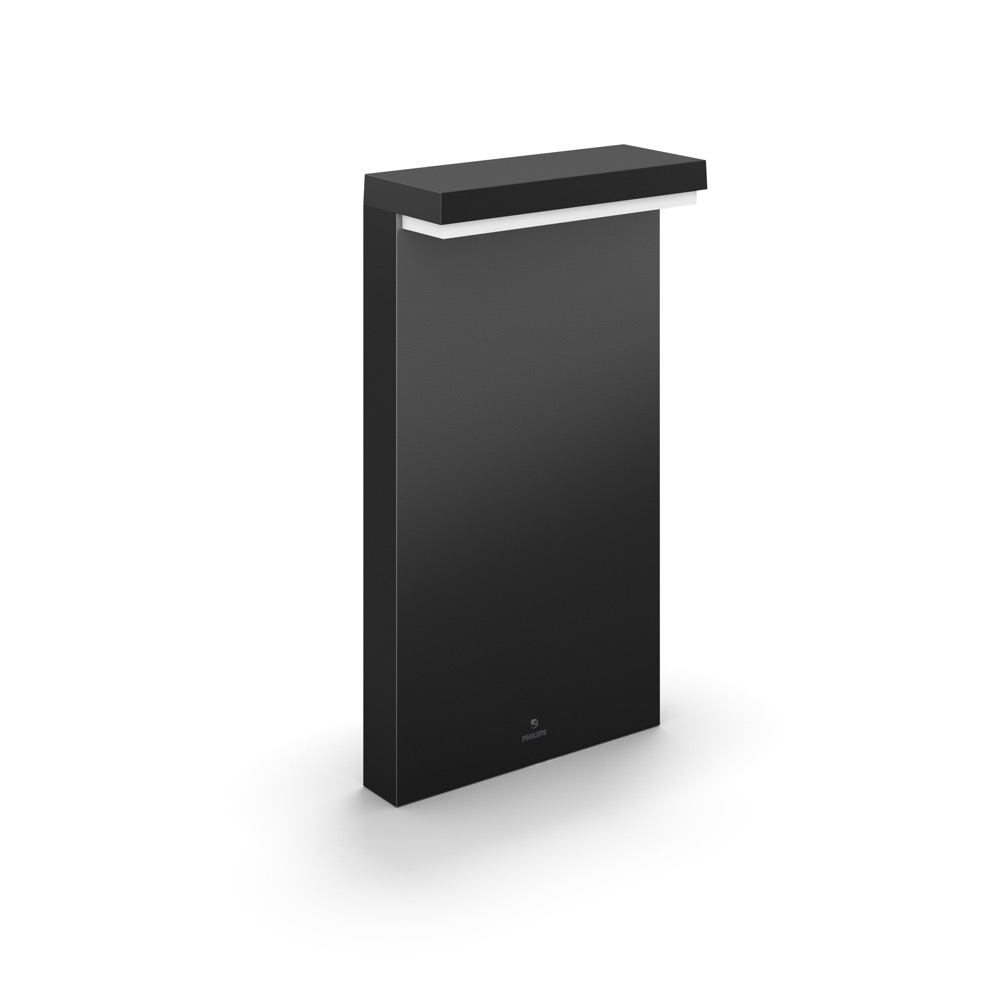 There is also a large plinth luminaire to match the wall luminaire, but the lighting element is identical here. With 149,99 Euro you pay a little more. Market launch is also planned for April. 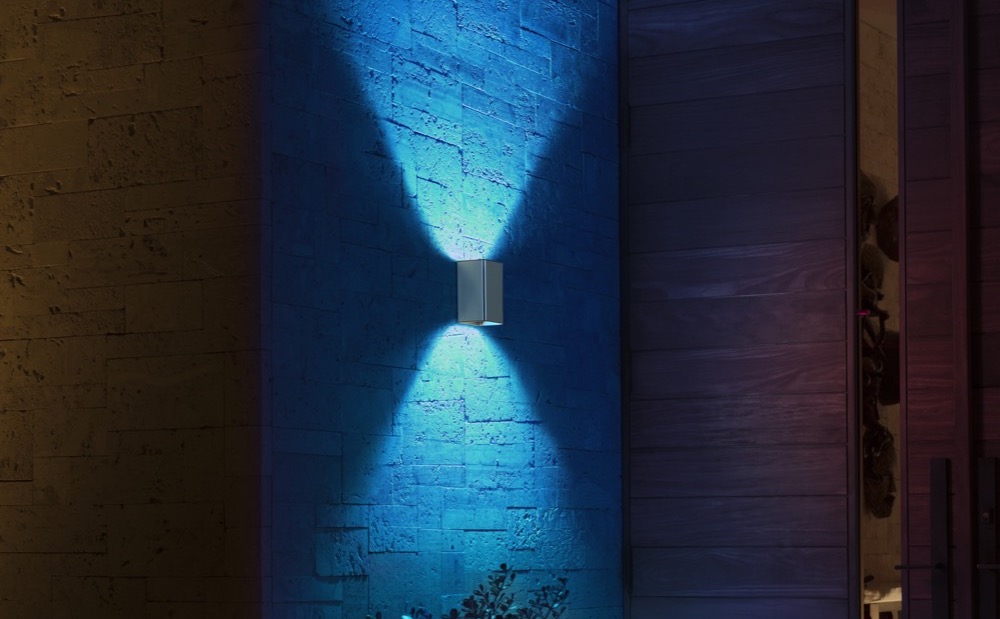 The well-known 40 watt outdoor power supply unit for the low voltage system will also be available separately from April for 39.99 euros. But it gets even more interesting: For 69.99 euros you can also get a 100 watt power supply unit with two low-voltage connections to operate even more outdoor lamps from one socket.

Starting in January, Philips Hue will also be selling a 2.5-meter cable with a T-piece for 17.99 euros. This is a bit more than was previously demanded for the 5-metre cable, but in return you get the T-piece, which has not been available without an extension.