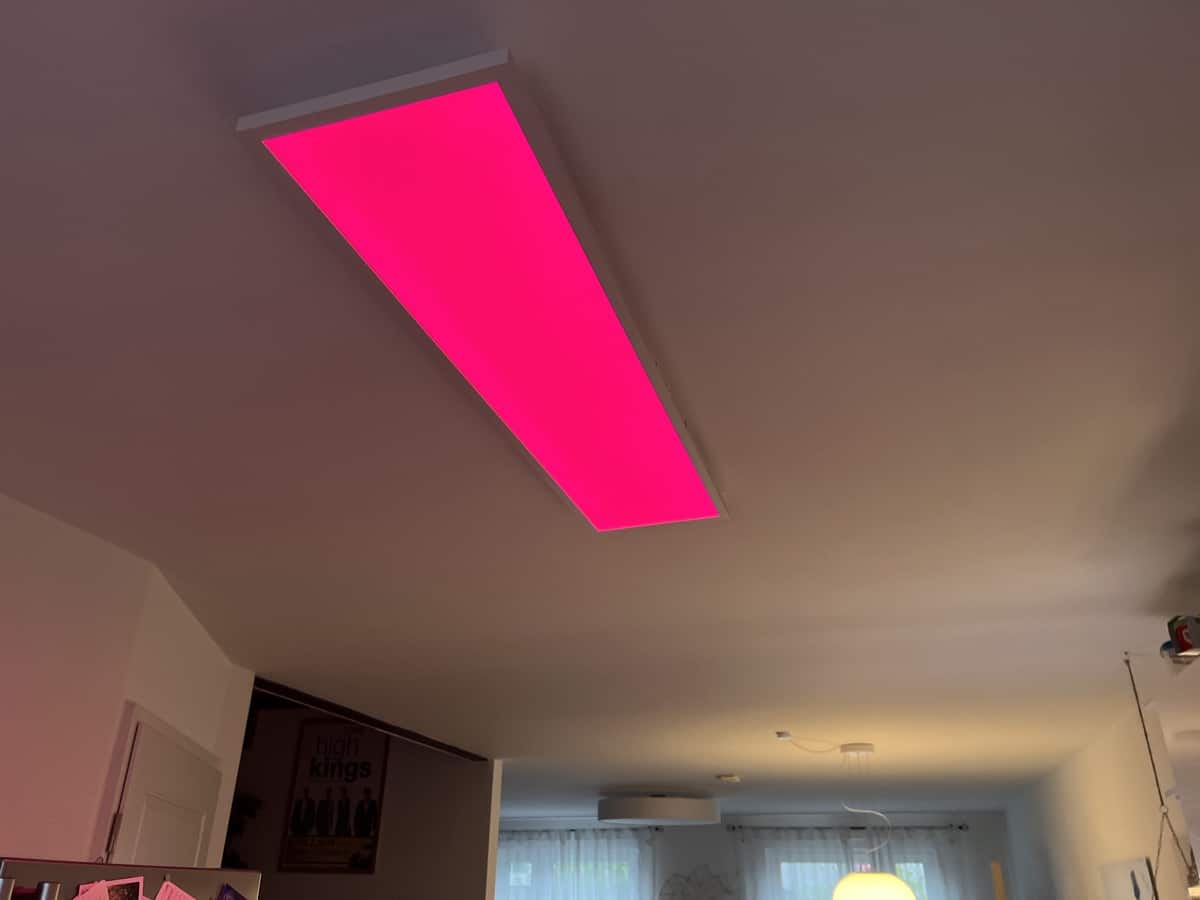 I don’t really know who comes up with the names for new products at Signify in Eindhoven. After the Aurelle LED panel has been available for several years in four different versions and with White Ambiance technology, the ceiling light is now also available in two models with White and Color Ambiance. However, no longer as Aurelle, but as Philips Hue Surimu.

The new Surimu is available either as a rectangular ceiling light with the dimensions 120 x 30 centimetres or as a square panel with 60 x 60 centimetres. Both offer a maximum brightness of 4,150 lumens, a similar value to the Aurelle, where 4,200 lumens are specified. While nothing has changed in the housing, the Surimu benefits from additional coloured LEDs. For this, you pay a surcharge of 70 euros, as both models are listed at the official price of 269.99 euros. 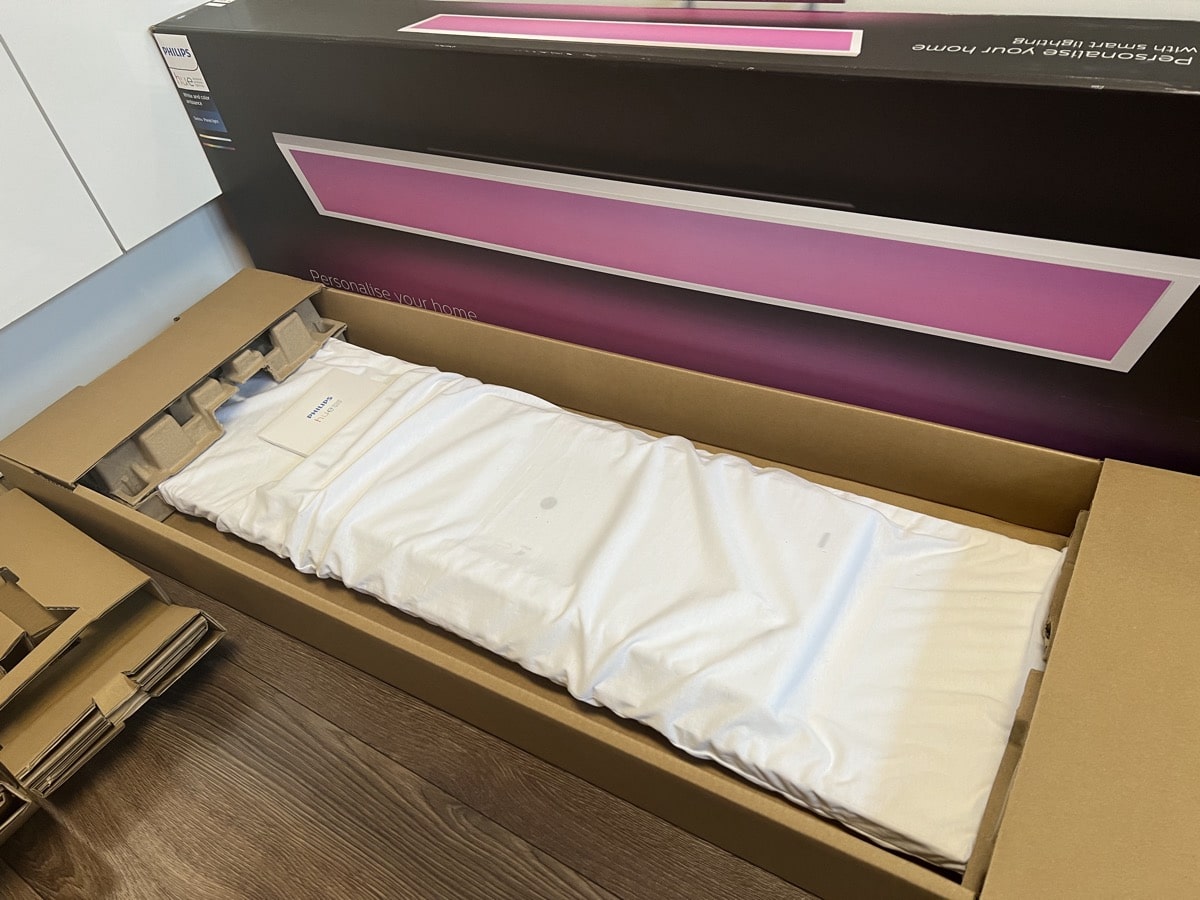 There is one thing I was particularly pleased about, Signify has really learned something: Similar to the Philips Hue Centris, the new Philips Hue Surimu is also equipped with carabiner hooks, which make installation on the ceiling much easier.

Exactly this was a real cramp with the Philips Hue Aurelle and it was impossible to mount the panel on the ceiling without a helper until now – the Aurelle had to be held just under the ceiling while you had to connect the power.

This is much easier with the Philips Hue Surimu. First of all, the bracket is mounted to the ceiling with four screws, which incidentally has the same dimensions and holes as the bracket of the Aurelle. An upgrade from Aurelle to Surimu can therefore be done without drilling again.

In the next step, the large panel is simply hung on the ceiling bracket with two carabiners and the wiring can then be done without any fuss. After that, the panel is hooked into the bracket and can then be fixed with screws without any problems. I managed all this without a helper and there was no situation where I felt it could get complicated. 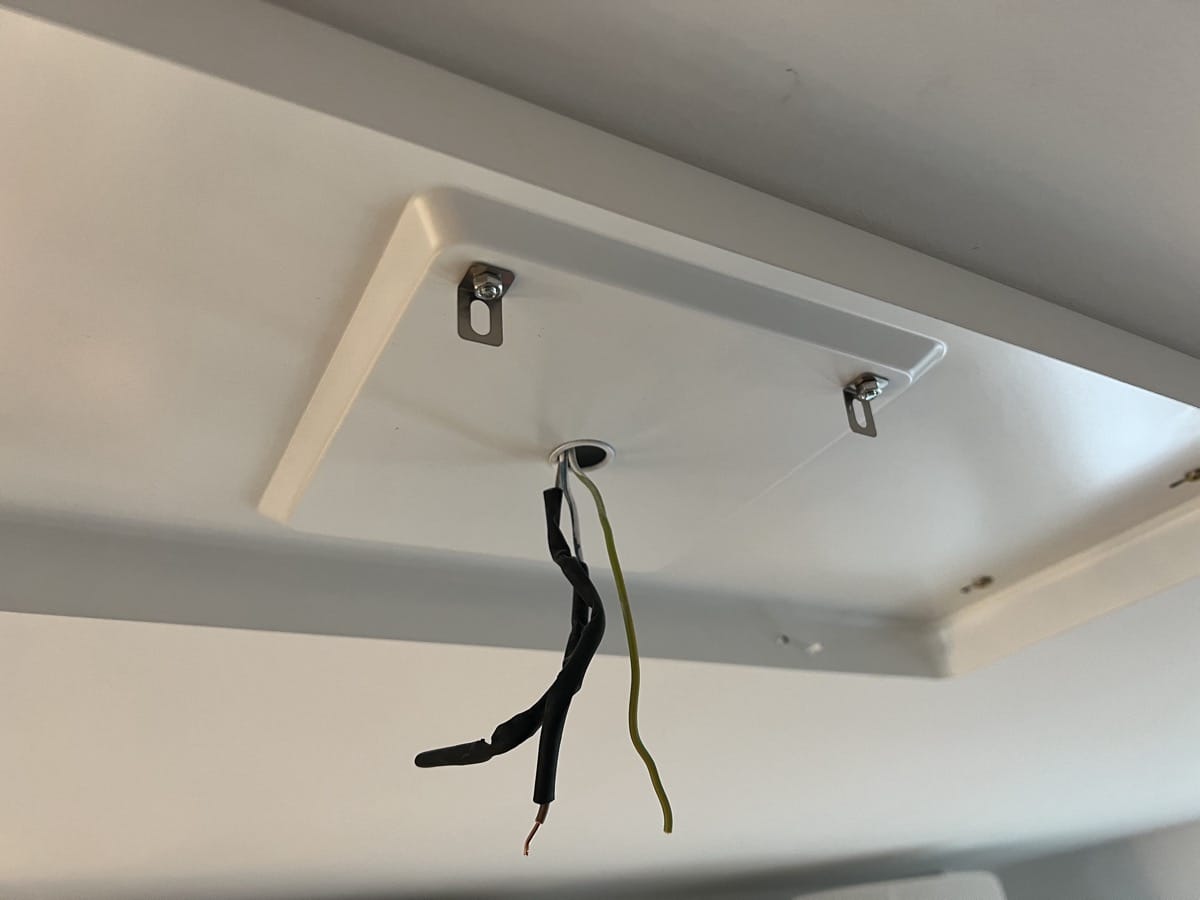 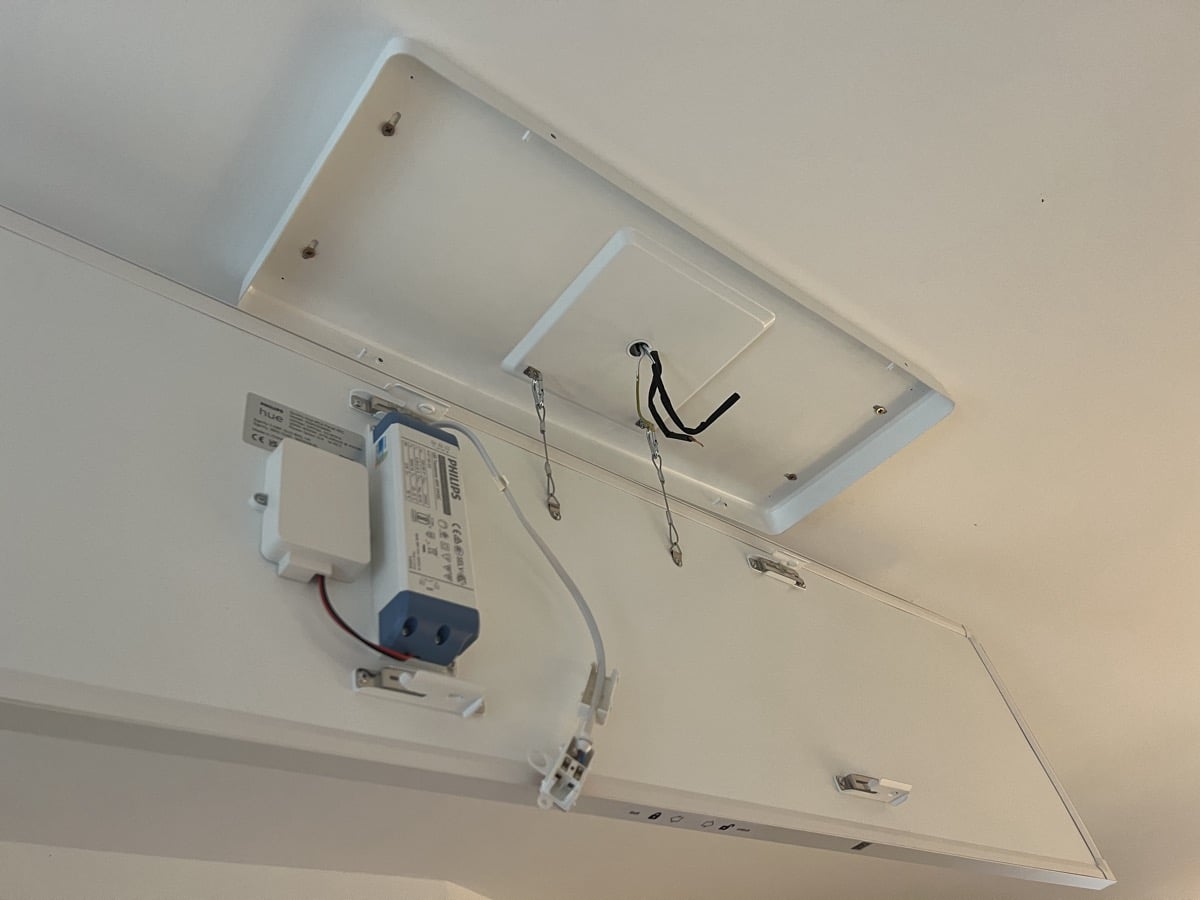 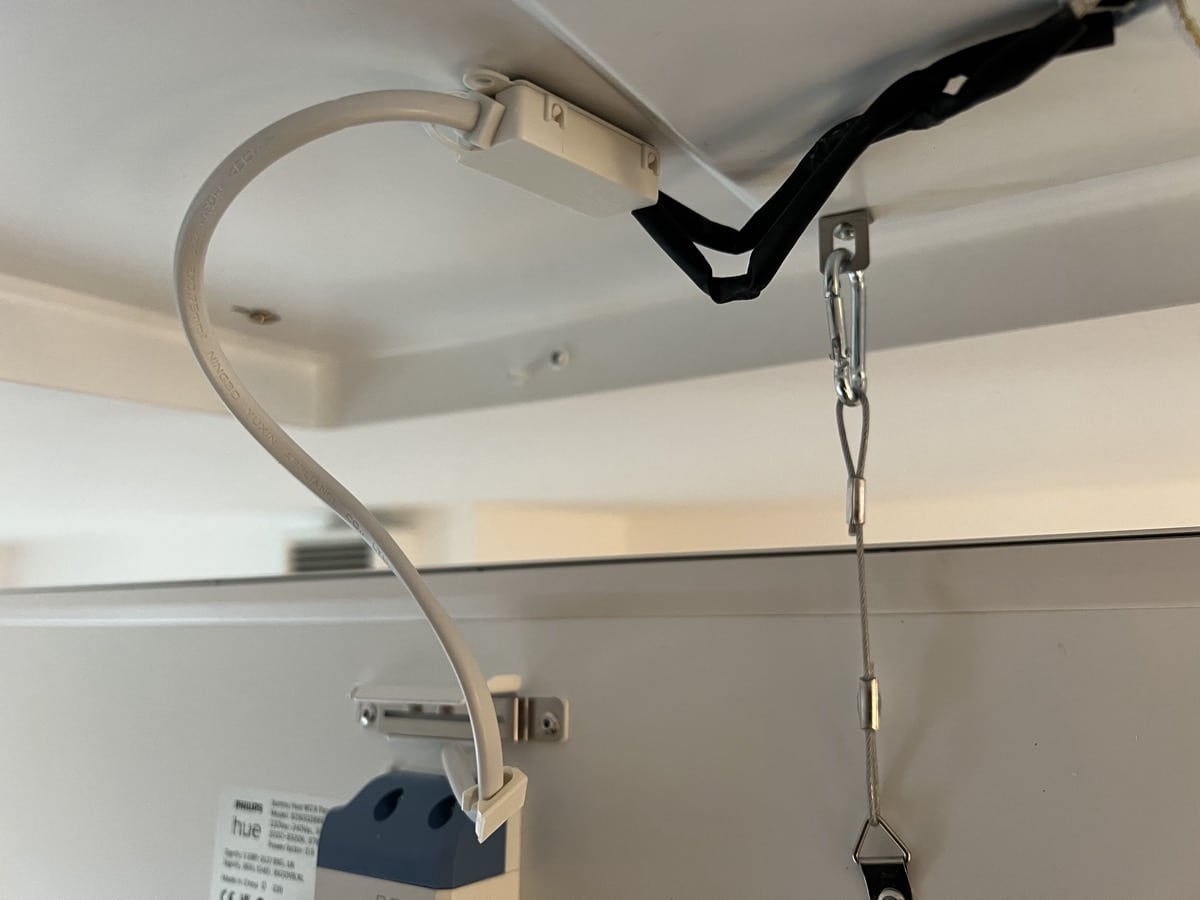 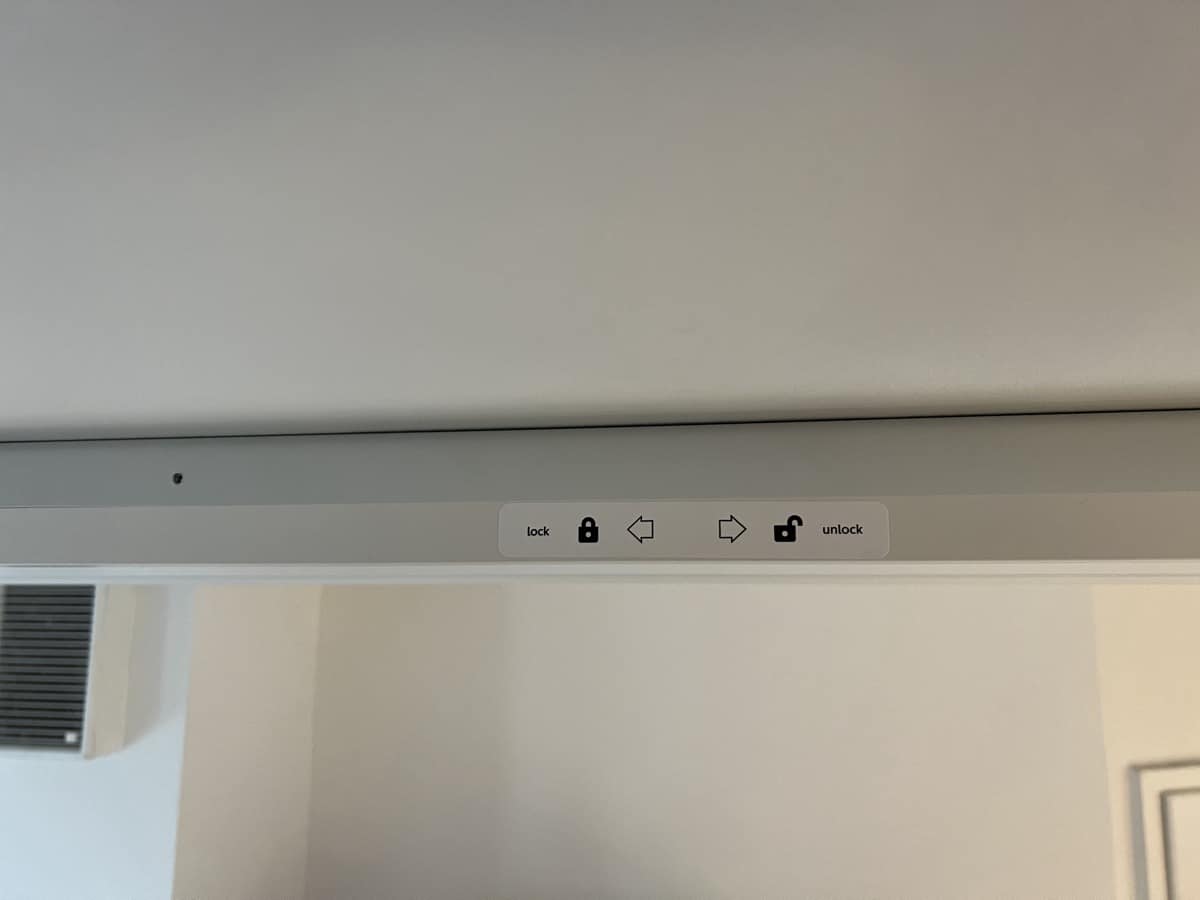 In my Hue installation I replaced the old Aurelle 1-to-1 with the new Surimu and with white light settings I couldn’t really tell any difference. Of course, now with the White and Color Ambiance technology, you have a lot more options, more specifically the choice of 16 million different colours.

Of course, the Surimu doesn’t shine quite as brightly in coloured light, but the difference is nowhere near as drastic as with some inexpensive third-party panels. In any case, the colours are perfectly suitable for creating a great atmosphere in the respective room; for proper lighting, it is better to use white tones.

I only noticed one tiny weakness. Especially with purple and blue tones, a tiny bit of white shines through at the edges of the panel, the illumination is not perfectly even. But you really have to look very closely and I’m sure that this little thing won’t bother me in everyday life. 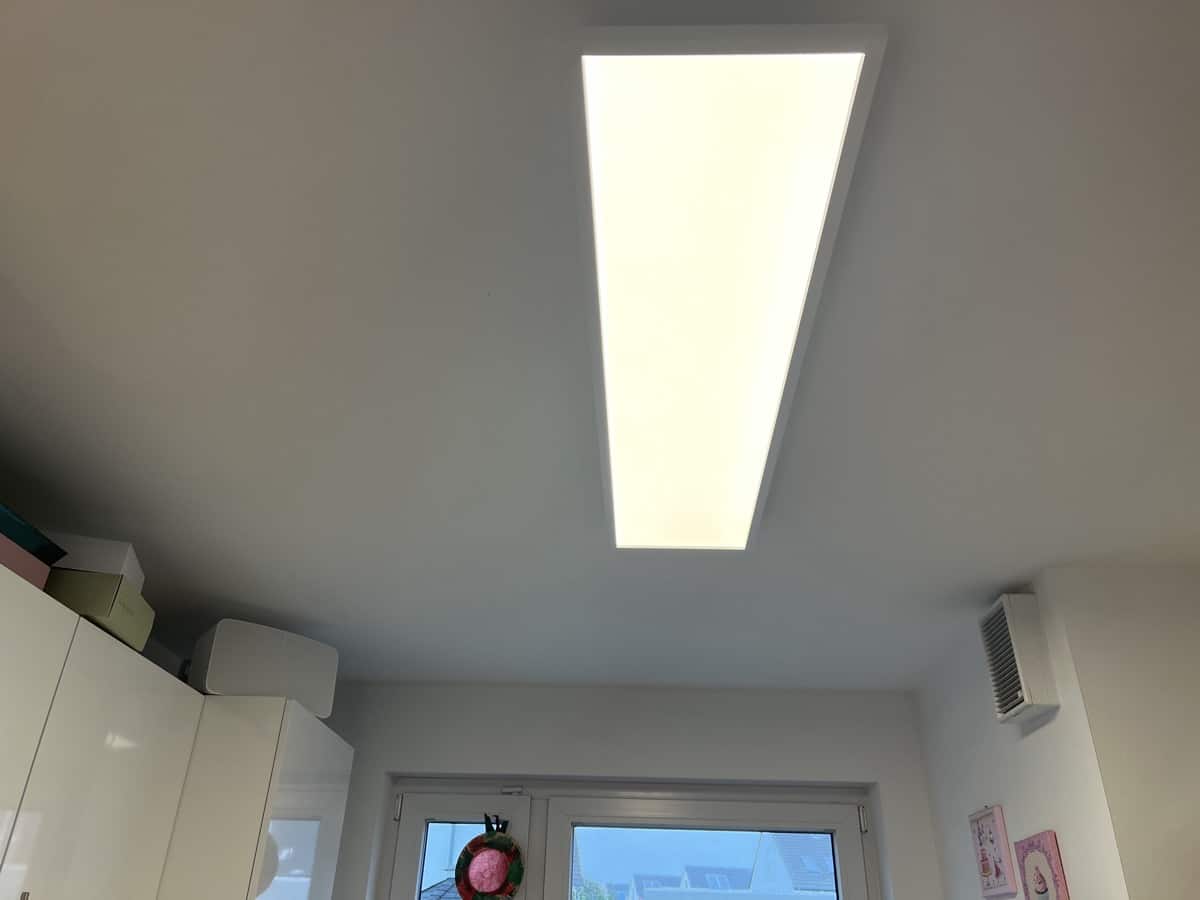 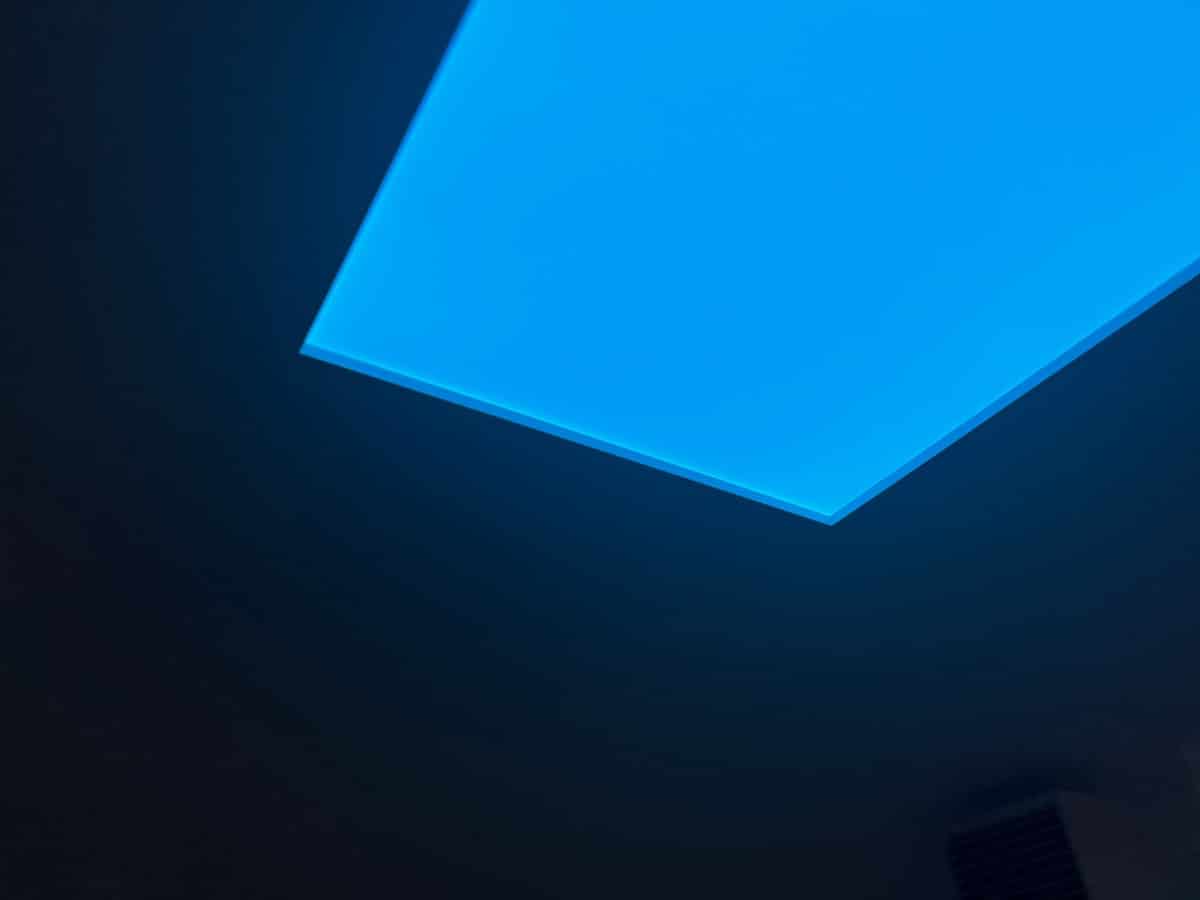