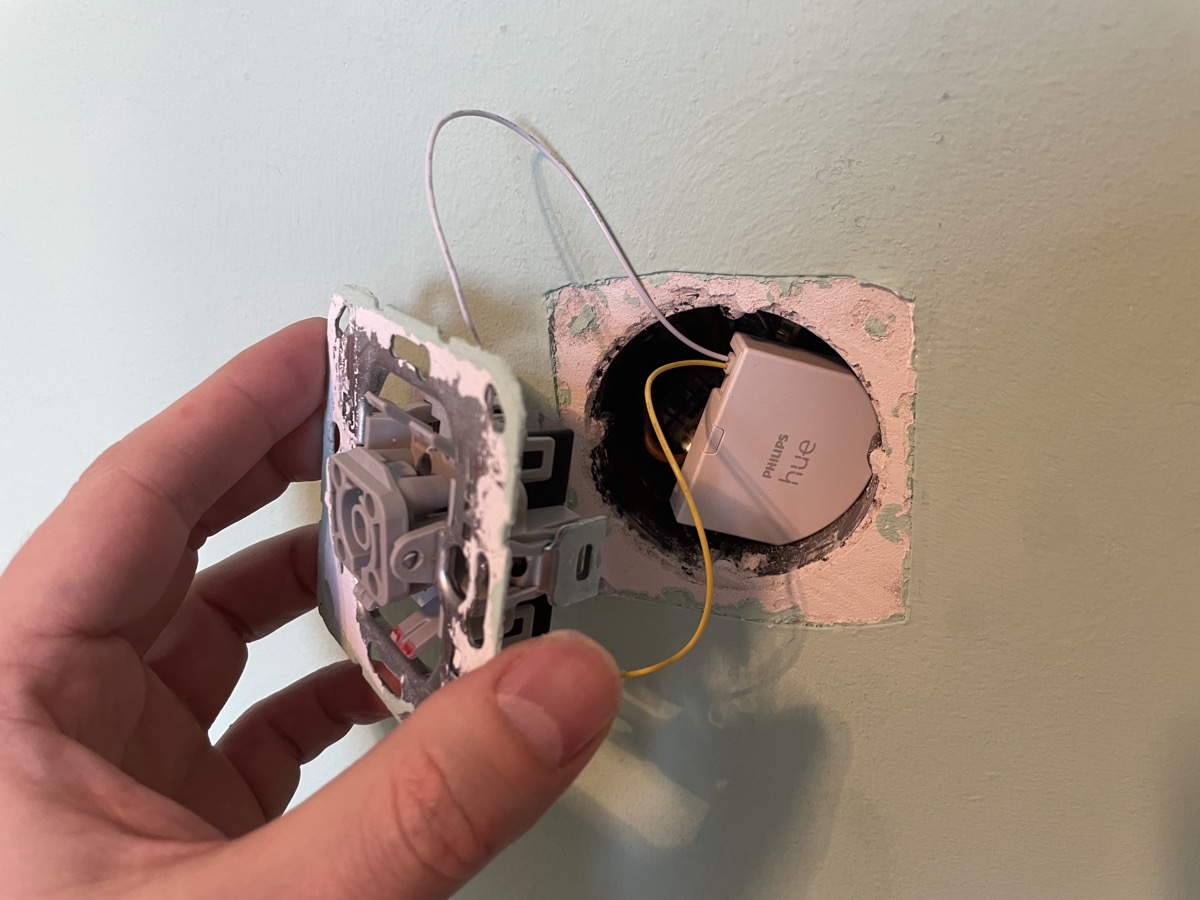 A week with the new Philips Hue wall switch module

I have been using the new Philips Hue wall switch module for a week now, and some of you have already received your orders from last week. Currently there seem to be a few single sets available in the online shop of Philips Hue, regarding the availability of the double pack I am still waiting for an official feedback from the manufacturer.

What can I say? My expectations of the new accessories were completely fulfilled. And I can tell you: I had to wait a long time for it. I received my first impressions almost exactly a year ago, at that time from the ” original” manufacturer. But that’s another story.

In my household, I had the problem of making the prominently placed light switches Hue-enabled in several rooms to prevent the smart lighting from switching off. Most recently, I tried with modified Sunricher modules, but even this solution didn’t want to come close to the really well-known and familiar feeling of a classic light switch. 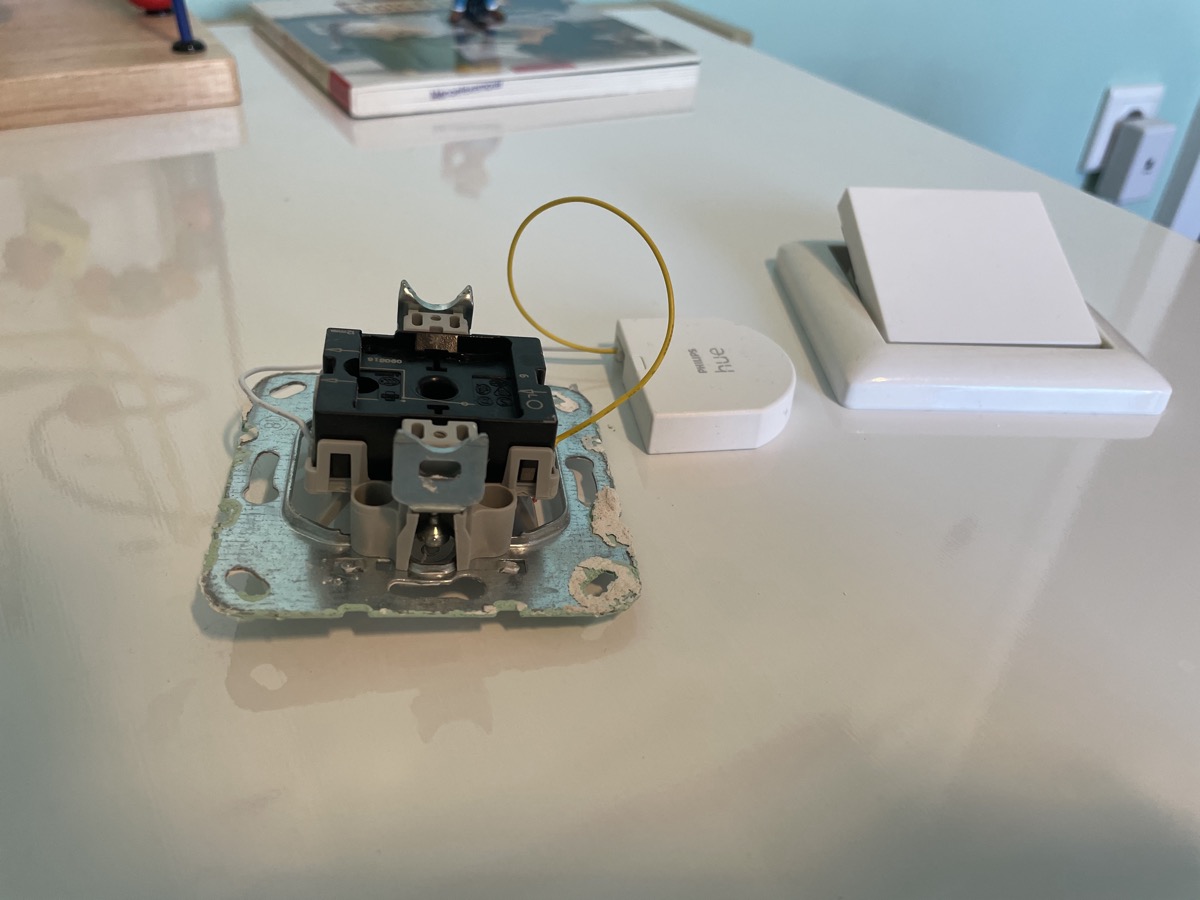 And let’s be honest: Of course you can remove the light switch completely and replace it with a Friends of Hue switch or a new dimmer switch. And of course you also have a lot more options. But in the end, it’s also about the handling and the simplicity that only a normal light switch can offer.

I think it’s particularly great that you don’t just control the lighting on the ceiling, but thanks to the diversions via the Hue Bridge, you have all the options. You can also control other Hue lamps in the room via the switch and easily call up your three favourite scenes. 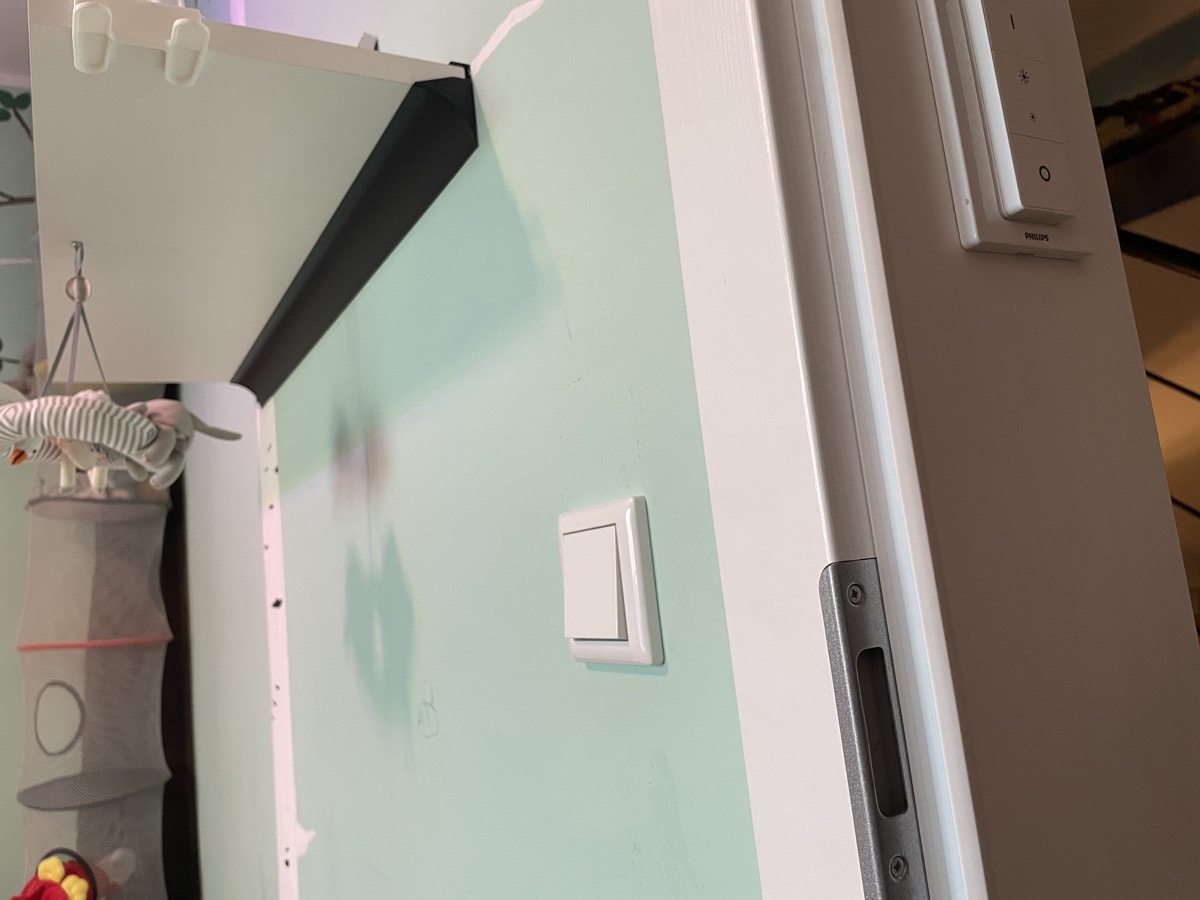 That brings us to what is probably my only criticism. I would like to see exactly two things for the Hue wall switch module: First of all, an easier selection of the scene. Why do I have to press the switch for the second scene three times (on-off-on) and not just twice? Why can’t I activate a night light at night with the first press of the button and a bright light scene if needed with the second press of the switch? That would be smart!

On the other hand, I also have to say: the Hue wall switch module has worked absolutely reliably so far. I have installed it in two rooms and so far it has only happened once that the lamps did not react immediately when I pressed the button the first time, but I had to press the light switch a second time. Philips Hue has really done a great job here. Let’s just hope that availability improves soon.

Previous articleT-connector and short extension cable can now be ordered separately
Next articlePhilips Hue in the garden: The most important information at a glance