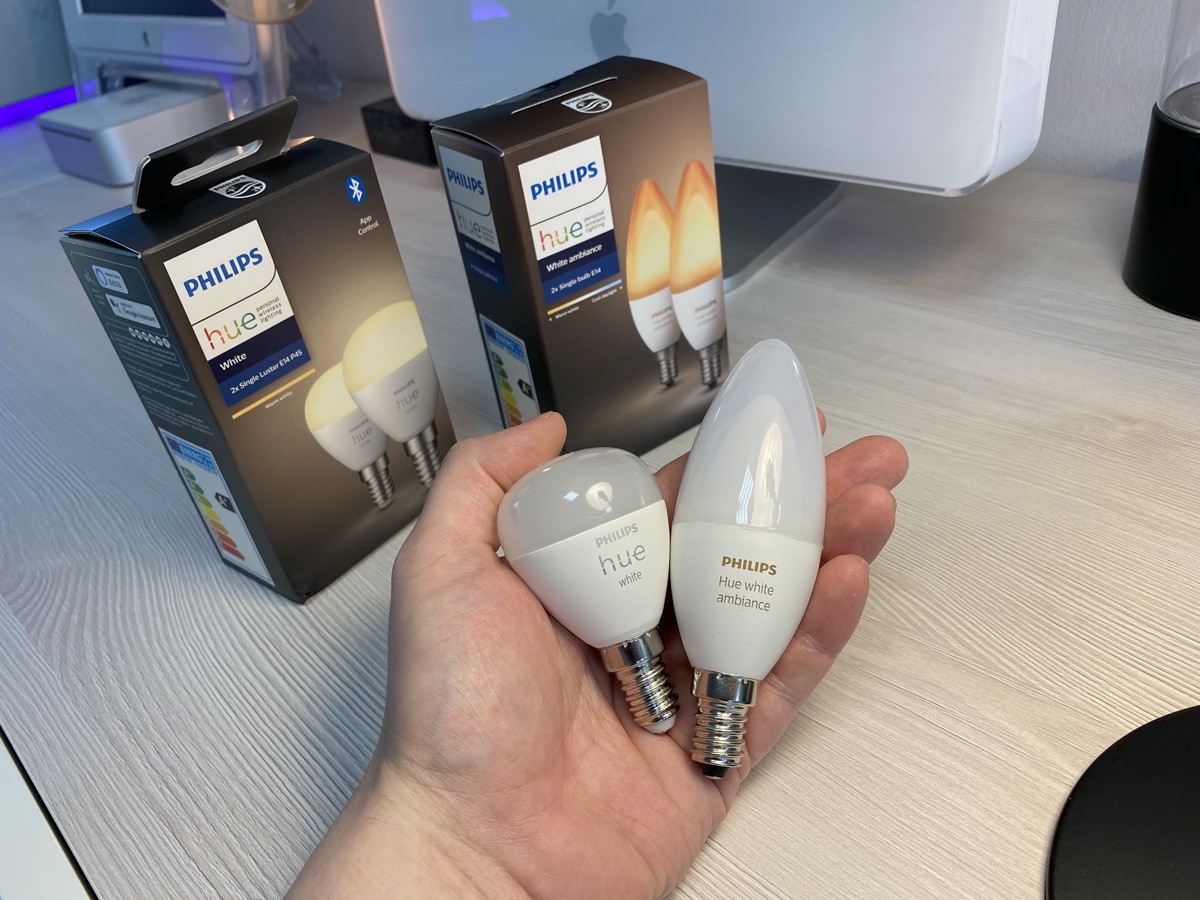 Deep dimming: not yet possible with teardrop and filament lamps

The limit is 20 percent

Fabian1 Comment on Deep dimming: not yet possible with teardrop and filament lamps auf Deutsch lesen

Compared to cheaper competitors, Philips Hue lamps often offer slightly better technology. This is demonstrated from time to time in colour rendering, but also in dimming. Especially in the range of less than 25 percent, most Philips Hue lamps can still be controlled very precisely and dimmed to a very low level.

This is possible, for example, with the Philips Hue Lightstrip Plus, which is particularly widespread, but also with the conventional E27 light bulbs. Only a year ago, Philips Hue followed up with a software update and enabled “deep dimming” for models such as the Being, Ensis, Flourish, Lily, Signe or Play Lightbar.

I am somewhat surprised that one of the new releases from last year does not yet support strong dimming: The new Philips Hue E14 drop lamp. On this subject, I received an e-mail from a reader in which he describes that the brightness of his new drop lamps with E14 base no longer changes much in the range below 20 percent. But it is not only the low dimming ability that is noticeable, also the switching off seems very jerky at the end.

After checking on my own, I can definitely confirm the observation. My drop lamp also stops at about 20 percent, after which the lamp cannot be dimmed any further.

As a result, I clicked through my various light sources and found that also the filament lamps from Philips Hue do not yet support “Deep Dimming”. However, as we learned last year, this can certainly be added via a software update. Let’s hope that Philips Hue is aware of this.

Previous articleHow many Hue lamps are you currently using?
Next articleIt’s coming for sure: Single T-part for the Philips Hue Outdoor System