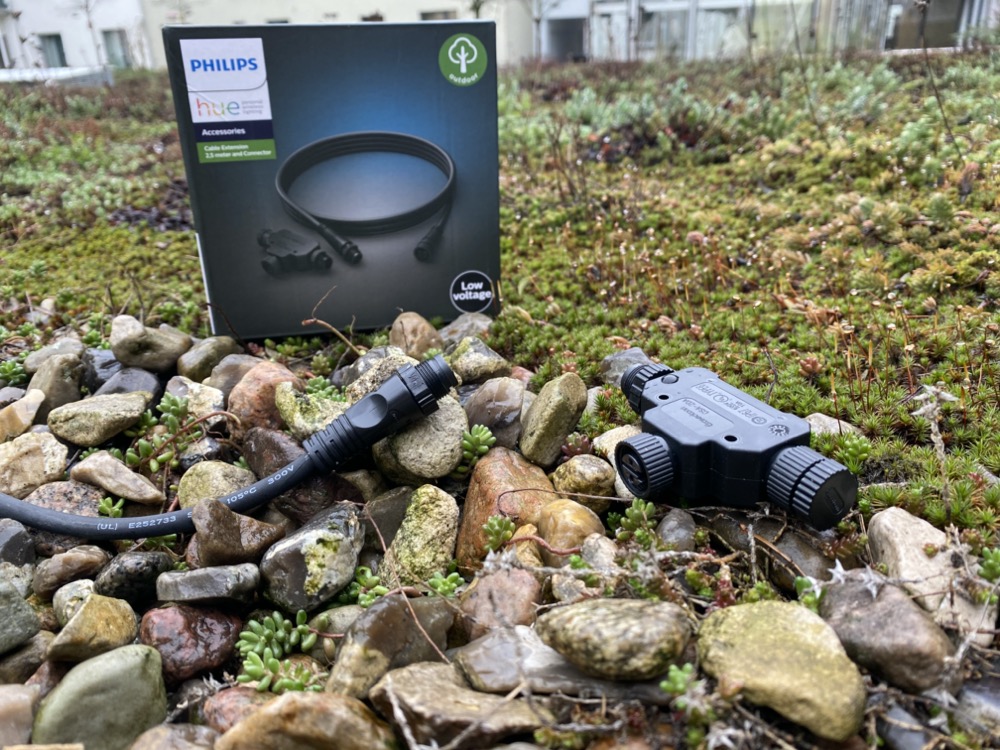 It’s coming for sure: Single T-part for the Philips Hue Outdoor System

Launch already in a few weeks

FabianLeave a Comment on It’s coming for sure: Single T-part for the Philips Hue Outdoor System auf Deutsch lesen

It has been almost two weeks since I first reported on two more products that might appear: The T-part for the Philips Hue low-voltage system, which was previously only available as a bundle with the 2.5-metre extension cable, will soon also be available separately. The same applies to the cable itself.

After I could only make a guess at the beginning of the month, I can now tell you for sure: both products will be on the market soon. Possibly even by the end of the month, but in March at the latest. Unfortunately, the availability of Philips Hue can never be estimated exactly.

The final price for the Euro market is still unknown. As a small orientation: The T-part together with the 2.5 metre long cable costs 17.99 euros. What I can already provide you with is a first picture of the box itself: 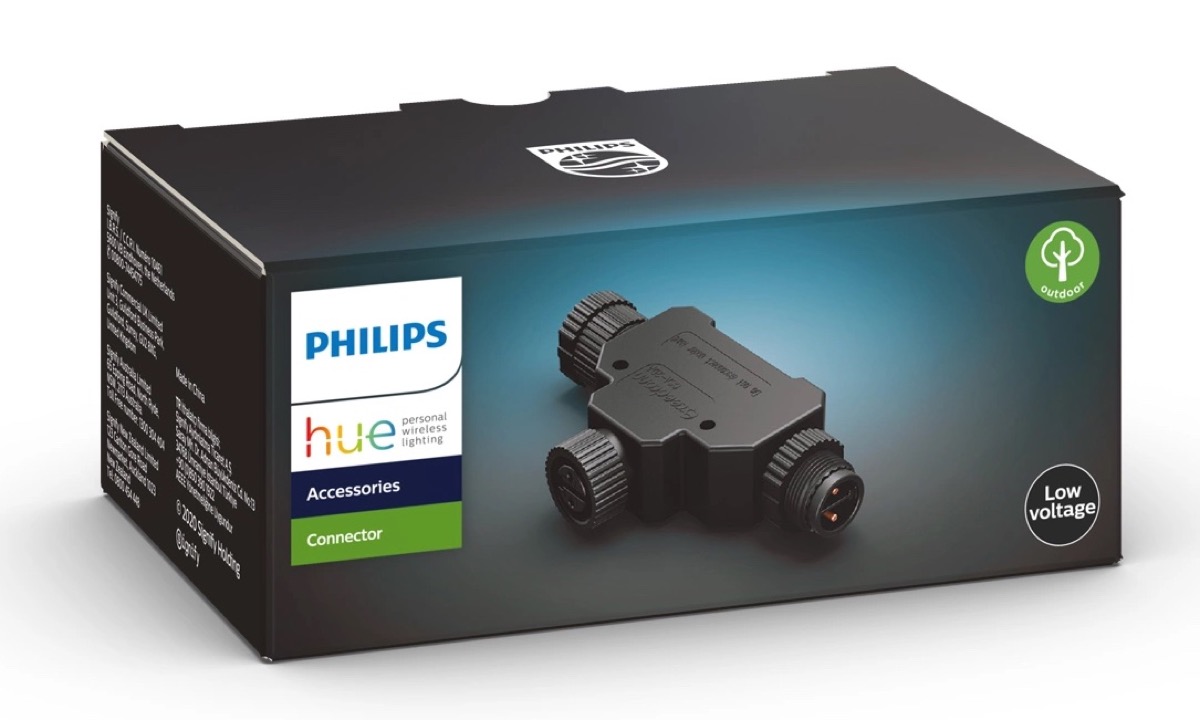 Previous articleDeep dimming: not yet possible with teardrop and filament lamps
Next articleLaunch in March: This is what comes with the Philips Hue Wall Switch Module