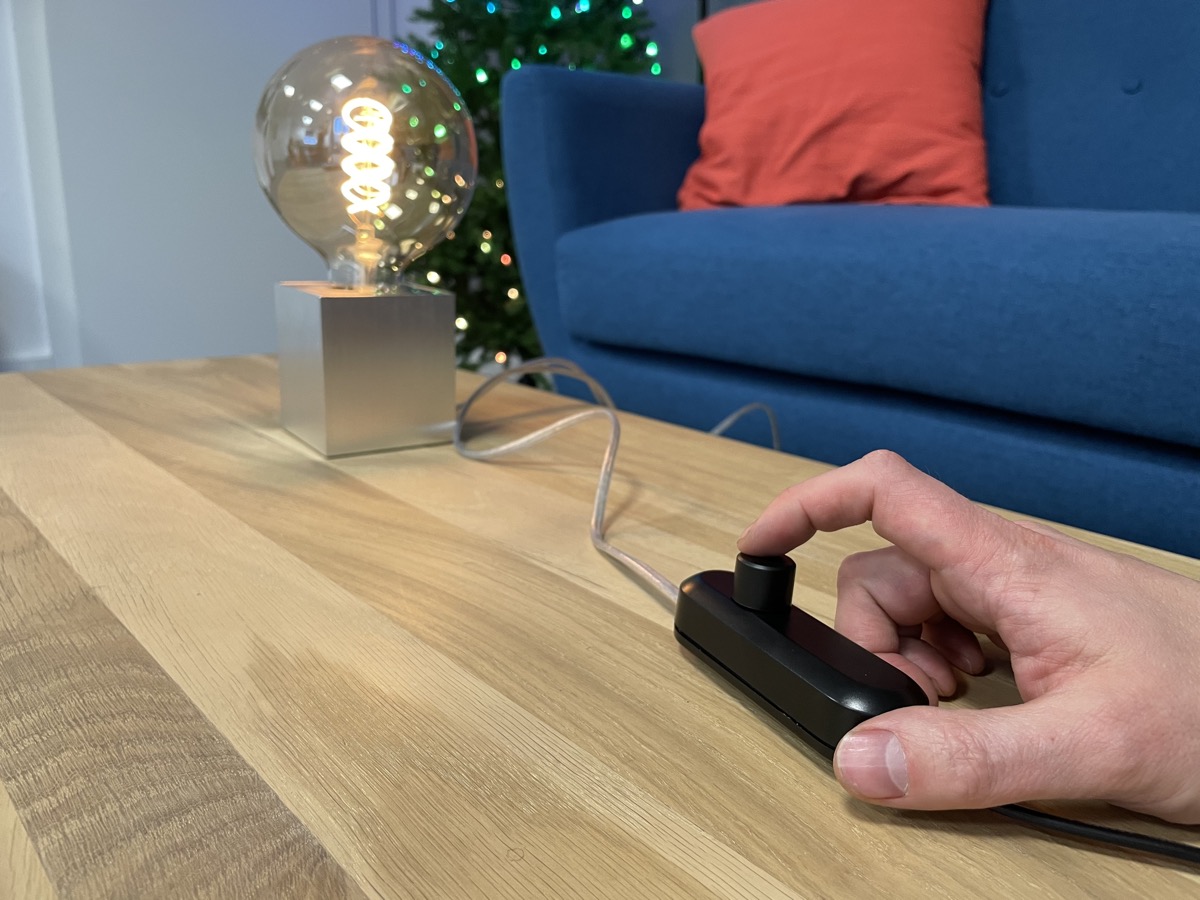 Install switches and dimmers directly in the cable

The British manufacturer Samotech is known for its sometimes very clever solutions, among other things it has made a name for itself in this country with its switch covers. With the Samotech SM315 and SM317, I briefly introduced two new products to you before Christmas, now I could try them out myself.

These are dimmer switches that can be integrated directly into the cable of table and floor lamps. While the SM315 variant is operated by hand, the SM317 is a model for operation with the foot on the floor. Both models cost £19.99 and are available on the Samotech-website.

Installation of the cable dimmer is simple, but somewhat fiddly

The installation is very simple, but a bit fiddly. In short, you could put it like this: You cut the existing cable of the floor lamp or remove the existing switch in the cable, expose the two wires and then clamp them into the dimmer switch from Samotech. 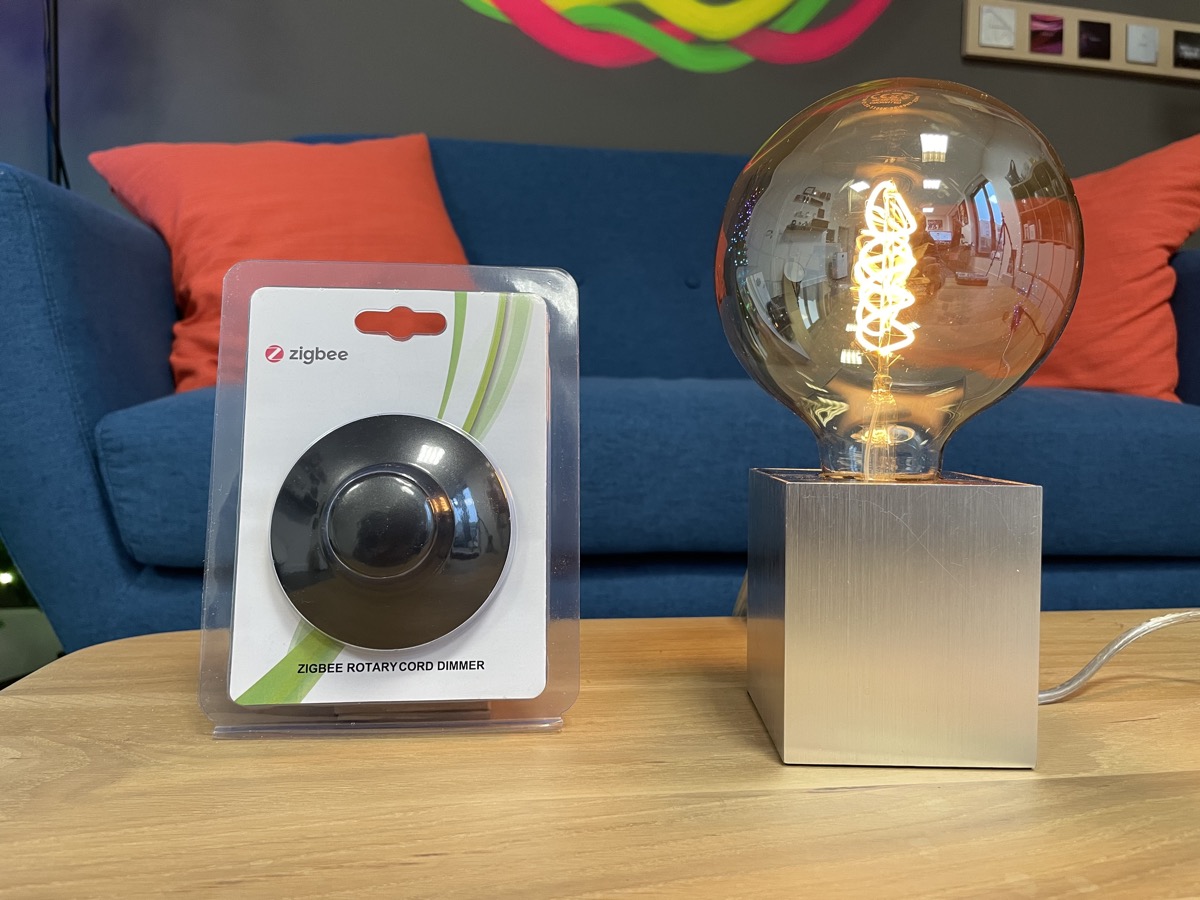 In practice, a few more steps are necessary, which is mainly due to the filigree design with several screws. In my opinion, the biggest hurdle are the two small buttons for resetting and setting the minimum dimming level on the back. They are not fixed and fall out of their holes quite quickly during assembly if you are not very careful.

Pairing with the Hue Bridge, meanwhile, is no big hurdle. You press the reset button on the Samotech switch twice to put it into pairing mode. It is then found in the Hue app as a dimmable light, of course, as always, without HomeKit support. Apart from that, you can of course easily integrate the “light” into scenes or control it via Alexa.

The lamp integrated into the ZigBee network in this way can now be controlled in two ways: Via the Hue app or via the button on the switch itself. With the SM315 for manual control, you can simply press to switch on and off and turn the knob to dim. The minimum dimming level can be set via a small control on the back. 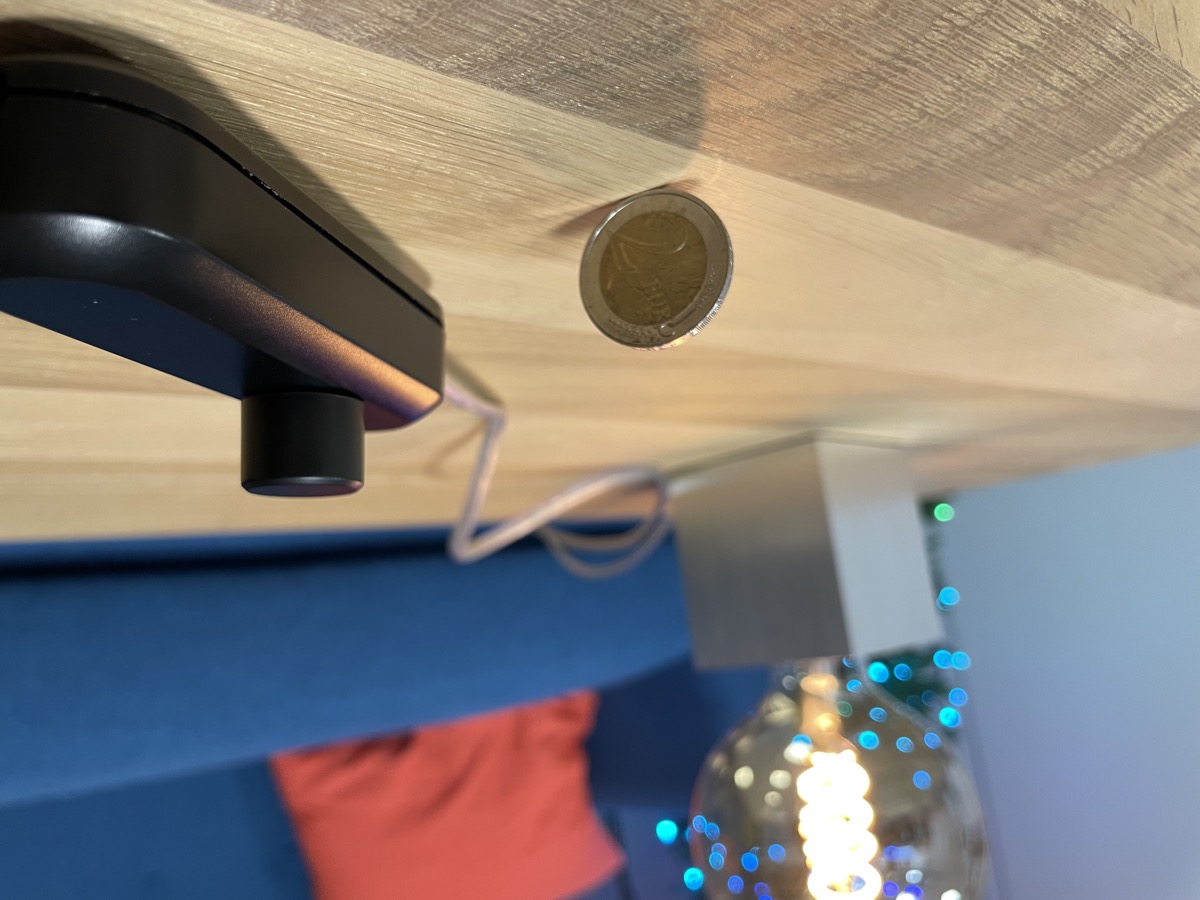 A quite perceptible beeping can be a problem

Samotech specifies a minimum load of 10 watts for its cable dimmer, below which malfunctions may occur. With a 4 Watt filament LED, however, I could not detect any problems. The maximum load is specified as 100 watts.

This all sounds really great and is a great solution for old lamps or projects with the often beautiful, but not smart filament lamps that are out there. Take a look at the Amazon retailer Crown LED, for example. However, there is one problem: the ZigBee switch from Samotech produces a buzzing sound, even when the lamp is switched off. I could hear the noise at a distance of about 50 centimetres. You should keep this in mind, depending on the place of use.