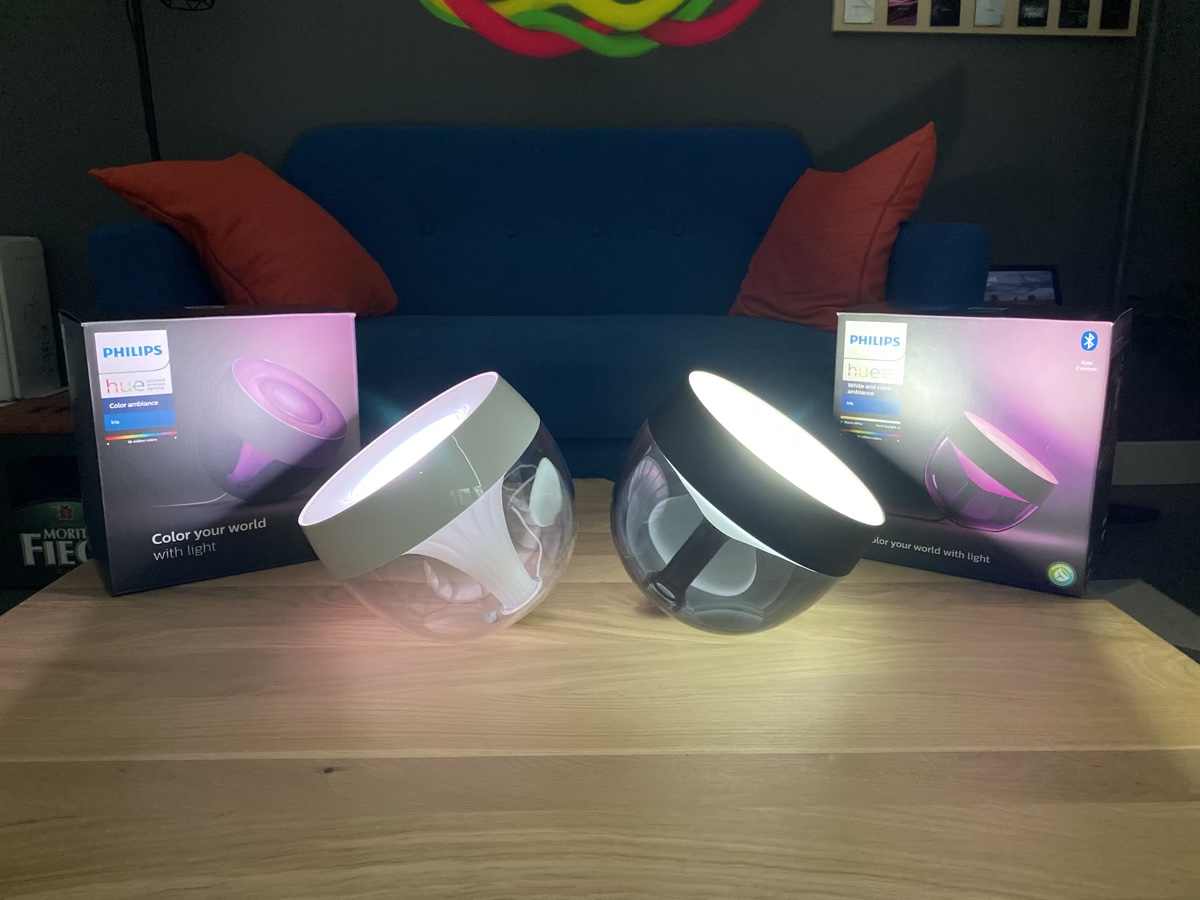 These are the differences

This week Signify introduced a new generation of Philips Hue Iris. The mood light is a true icon and was introduced almost 10 years ago as the LivingColors model, almost as long ago the Iris is also available as a Hue model.

Unfortunately, the Hue Iris was in the shadow of the Hue Go for quite a long time, which has found many fans in recent years. But if you are looking for a stationary mood light, the Hue Iris is definitely the optically impressive version. With the new generation the lamp is also technically up to date again.

The most important difference is quickly explained: The old Iris was a rare “Color Ambiance” model. So only LEDs for colorful light were integrated, white tones could only be mixed, if at all. The new Philips Hue Iris is different, here the well-known White and Color Ambiance technology is used.

In practice, this means that in addition to the colored LED modules, LEDs for warm white and cool white light are also integrated. This covers color temperatures from 2,000 to 6,500 Kelvin. The nice side effect: The white LEDs can shine much brighter, increasing the maximum brightness from 210 to now 570 lumens. 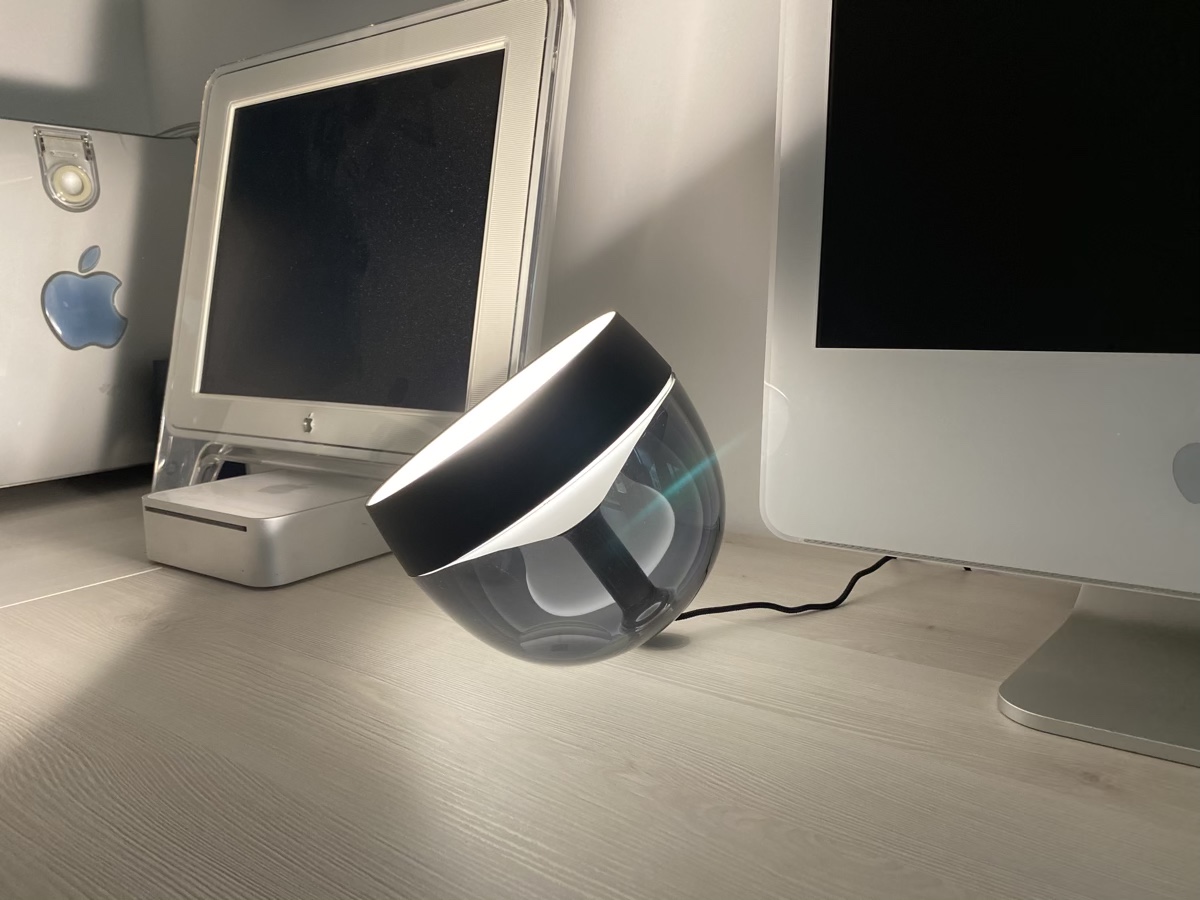 The new generation’s built-in light source makes a much better impression than its predecessor. The light is distributed much more smoothly across the front of the Iris. With the predecessor, it almost looks as if it was installed exactly in the middle in a small GU10 spot. Here Philips Hue has really improved the quality of the Iris.

Lamella design of the old Hue Iris has been dropped

I have a different opinion about the design of the backside. With the old Iris I used a lamella design, which I simply like much better – but as we all know, taste is a matter of debate. The new Hue Iris has a simple plastic tube in the transparent body, which looks much less spectacular. At least: The power cable is now woven with nylon and matching the color of the lamp. 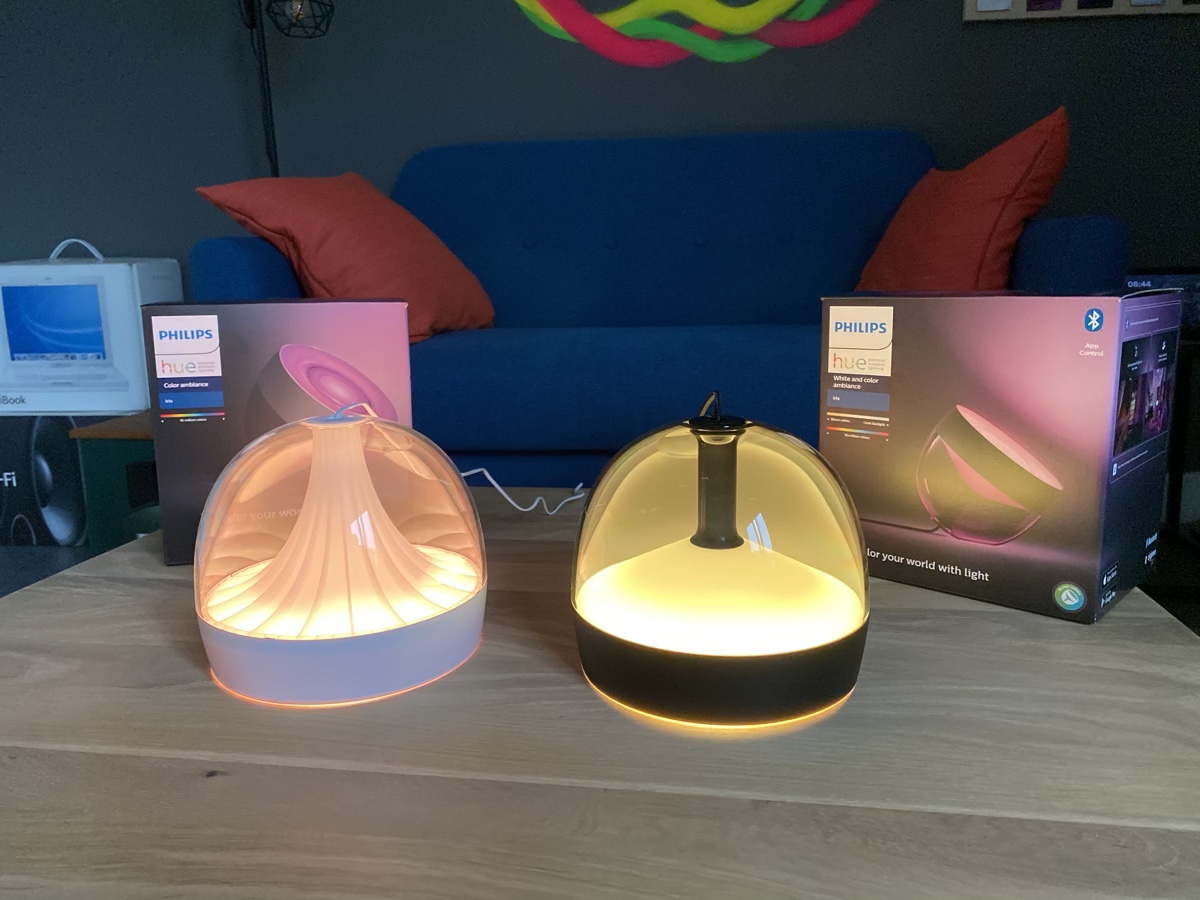 The Philips Hue Iris, available from October, can be pre-ordered in six different colors. Black and white are available for 99.99 euros each, for the Limited Edition in gold, rose, copper or silver you pay 119.99 euros.

You can see a small comparison between the Hue Iris of the latest generation and its predecessor in the following german speaking video. In the coming weeks I’m also planning a direct comparison of the new Hue Iris with the Hue Go and the Hue Bloom – certainly an interesting thing for many of you.

Previous articleAll the answers about the new Philips Hue Play Gradient Lightstrip
Next articleHue weekly: These are the new products from Philips Hue