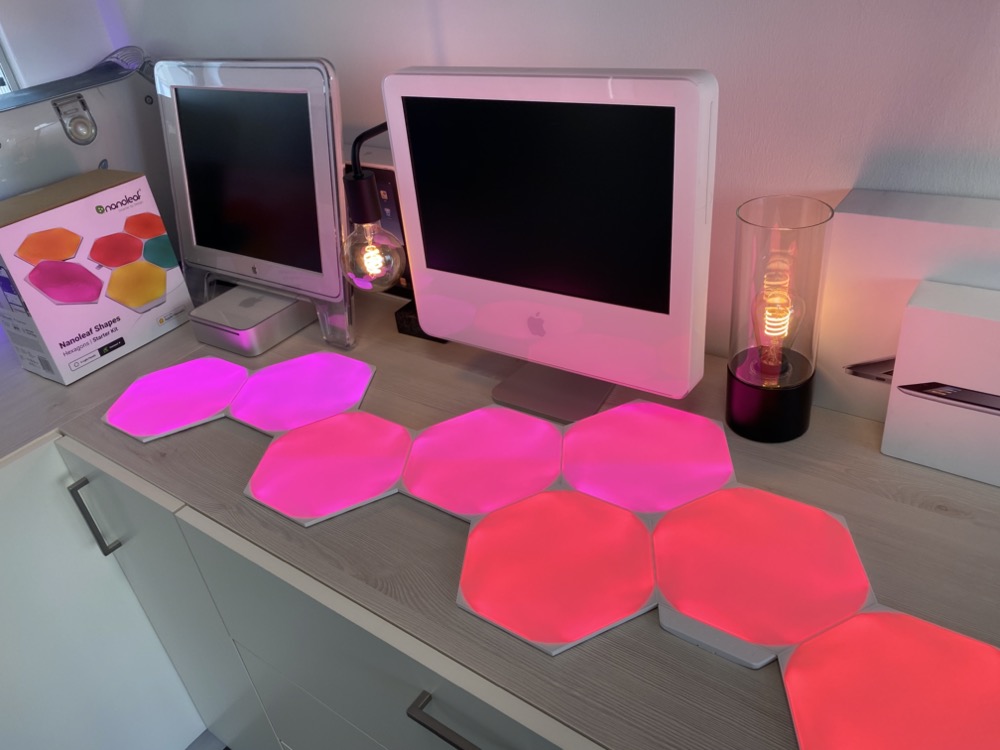 First impression of the new Nanoleaf Shapes: improved in almost all points

FabianLeave a Comment on First impression of the new Nanoleaf Shapes: improved in almost all points auf Deutsch lesen

We pre-ordered them a few months ago, they arrived in July and could not be installed at first: The controller of our new Nanoleaf Shapes was broken. In the end, the replacement of the defective part via the Nanoleaf support went without any problems and with a little delay we could finally try the Hexagons.

Since I was already fascinated by the Nanoleaf Light Panels, formerly known as Aurora, and we currently have 30 of them installed in our office, I was all the more excited to see how the Canadian manufacturer has implemented its new product. The Hexagons are only the beginning, there will be more shapes as Nanoleaf Shapes later on.

Each element can shine with up to 100 lumens

The individual hexagons are 23 centimeters wide and 20 centimeters high (or the other way around) and only about one centimeter thick. Each of the nine panels included in the starter set can shine up to 100 lumens brightly and display 16 million colours with a colour temperature of 1,200 to 6,500 Kelvin. Up to 500 Nanoleaf shapes can be operated on one controller, but one power supply is needed for every 21 panels.

The installation is very easy and compared to the Nanoleaf Light Panels it is much improved. The Hexagons come with a small wall bracket that can be screwed or glued to the wall. The panels are simply plugged into this bracket, so they are not fixed to the wall themselves. This makes it easier to remove them and insert the connectors. These are also designed to be much more stable than we have seen so far. 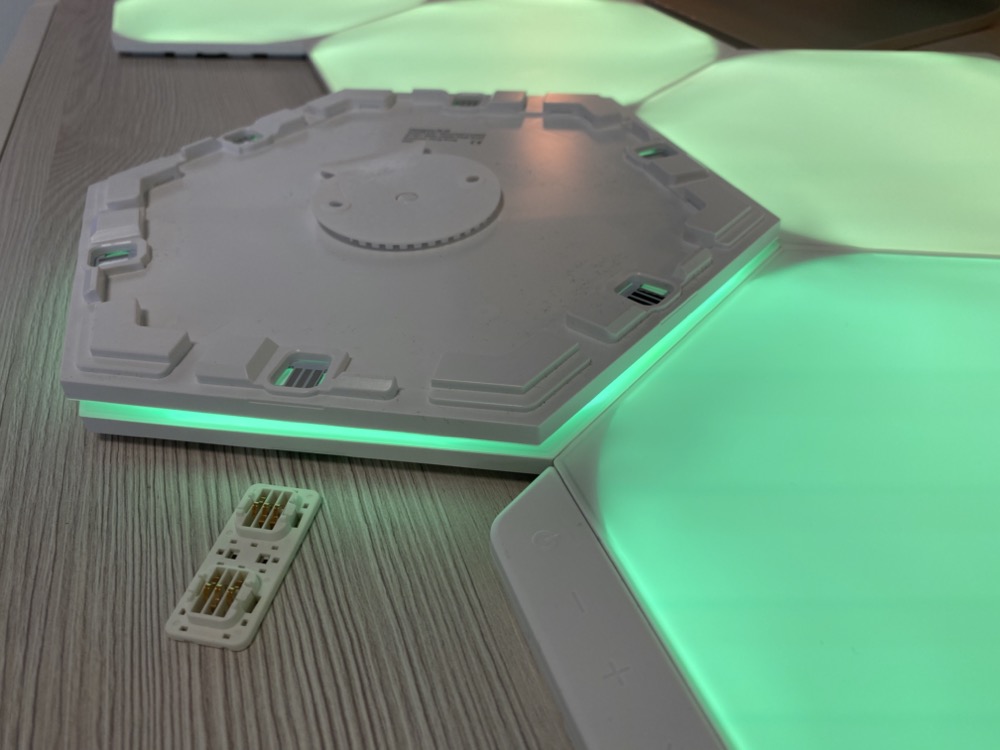 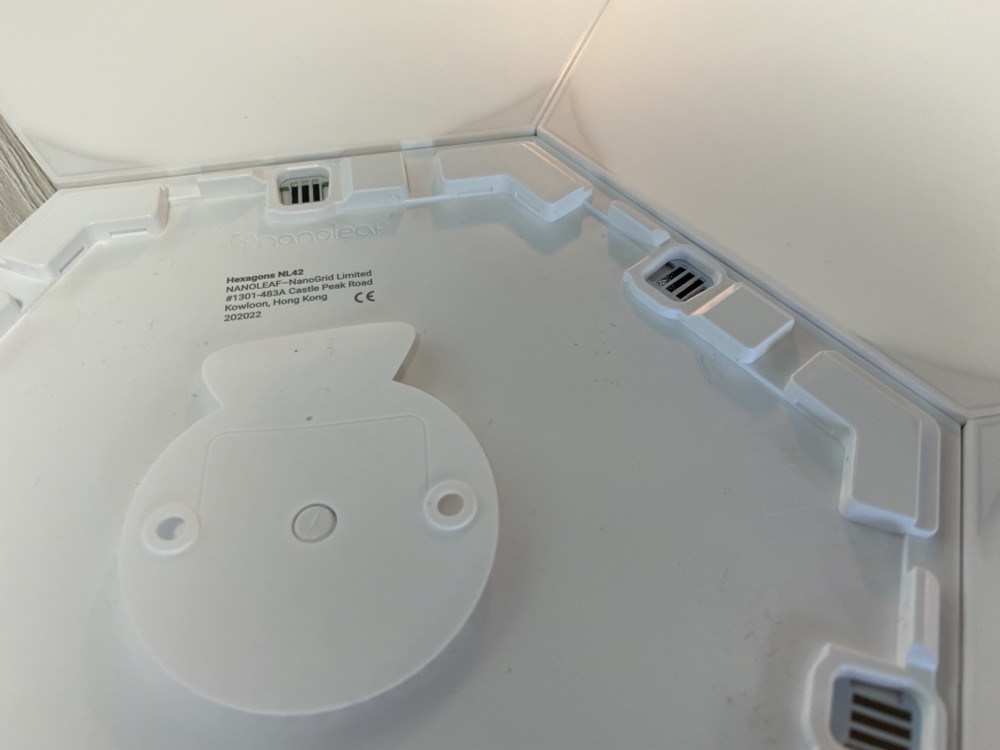 Another exciting feature is that the Nanoleaf Shapes are no longer powered by the controller, but by a simple cable that can be plugged into one of the six contacts on any panel. This is a great advantage because it allows the controller to be mounted where it is easily accessible. The controller can be used to switch the panels on and off, change scenes, adjust brightness and activate the rhythm mode for music synchronization. 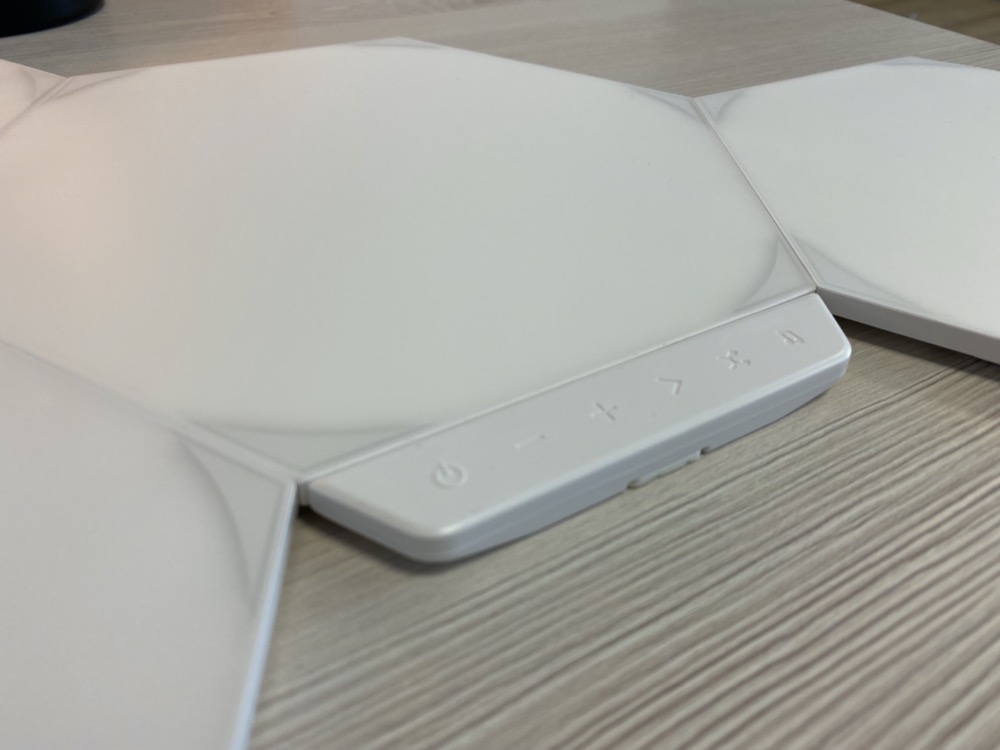 But what makes the Nanoleaf Shapes really exciting is their integration into the home WiFi network. After that, you can not only control them via the Nanoleaf app, but also get access via Amazon Alexa, Google Assistant and Apple HomeKit. The latter is particularly exciting: Each individual panel can function as a HomeKit button and recognize three actions: Short, long and double press. In this way you can switch on Philips Hue lamps in the same room, for example.

The Nanoleaf app offers even more possibilities for the hexagons. You can choose from a wide variety of scenes and animations, create your own effects and let the Nanoleaf shapes shine exactly the way you want them to. You can also create touch gestures in the settings: Besides a double tap, you can also swipe left, right, up or down across several panels to perform actions such as dimming or a scene change. Also new in Nanoleaf Shapes: If desired, a sensor can detect how bright the room is and automatically adjust the brightness of the LED modules. 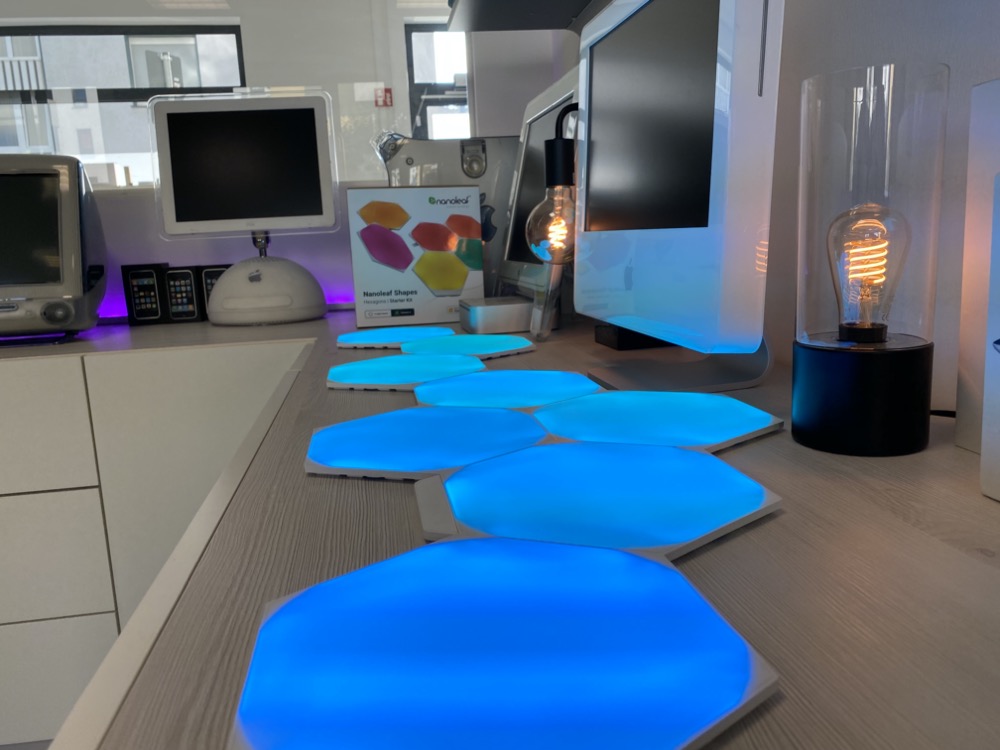 My first impression of the Nanoleaf Shapes is therefore very positive: The latest generation of LED modules are easier to install, much more robust and yet more flexible than previous Nanoleaf products. However, if you’ve gotten interested in the Nanoleaf Shapes Hexagons, you’ll have to be patient: The first shipment is sold out, currently you can only be put on the waiting list on the Nanoleaf website. For a starter set with nine panels including controller and power supply we paid almost 180 Euro.

Previous articleSilent Friends of Hue switch: No new info from Sunricher
Next articleSignify is working on new LightStrips with three different lengths