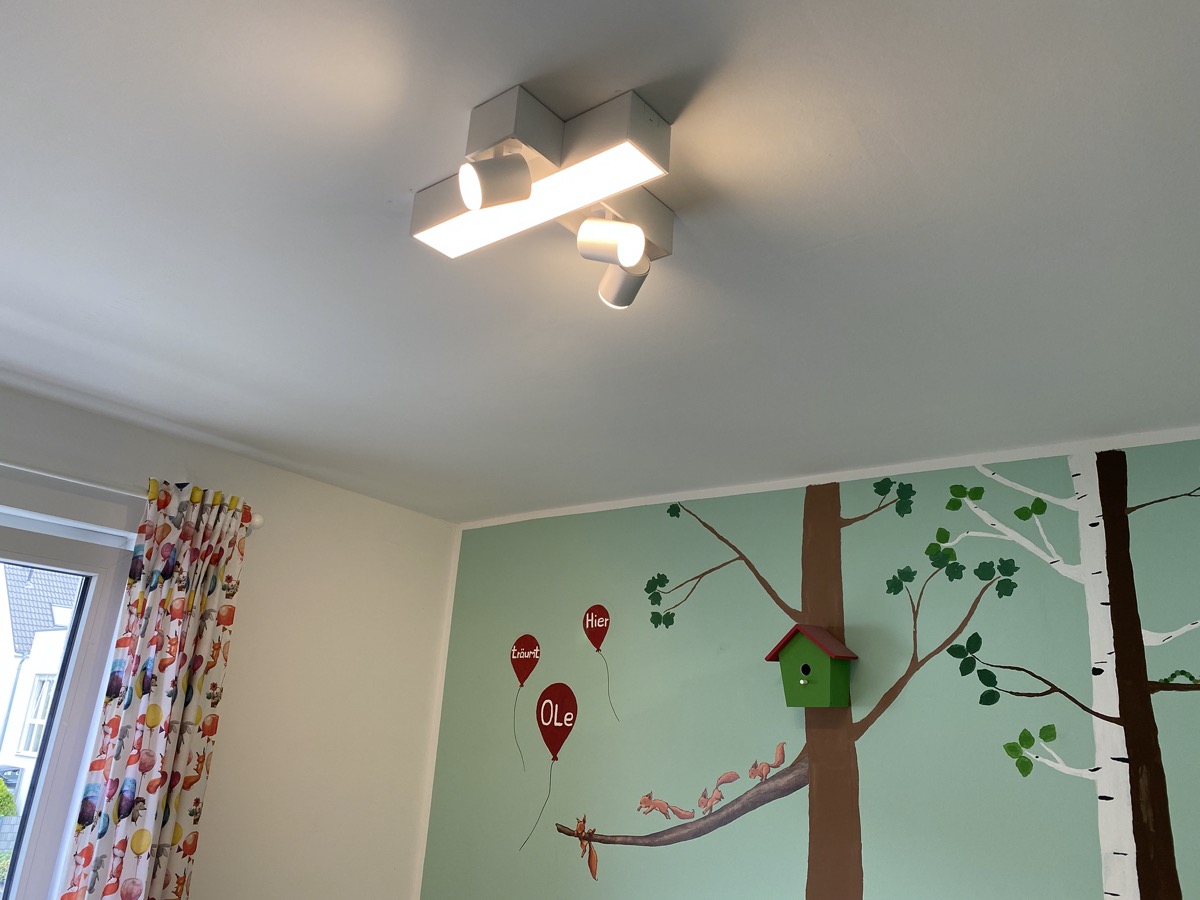 My review of the Philips Hue Centris ceiling spotlight

Expensive, colourful and quite bright

Just over a month ago, Philips Hue introduced the Centris, its first ceiling spotlight. And rarely have opinions on a Hue product diverged as widely as on this new release. Some Hue users were immediately fascinated, others were put off by the price and still others found the design simply ugly.

The Philips Hue Centris are available in four different versions for prices between 279.95 and 449.95 euros. That’s not cheap, but we’ll take a closer look at the price right away and see that it’s a normal Hue price level. The Hue Centris is available with two, three or four coloured GU10 spots and an additional LED module in the form of a bar.

Let’s just take a look at the smallest Centris. With its two GU10 spots and the LED module, it offers a brightness of up to 1,540 lumens. It costs only 10 euros more than the Philips Hue Argenta with its four colored GU10 spots, but only 1,400 lumens. And let’s not kid ourselves: We all know that sooner or later the price in the shops will drop a little – just like almost all Hue products. 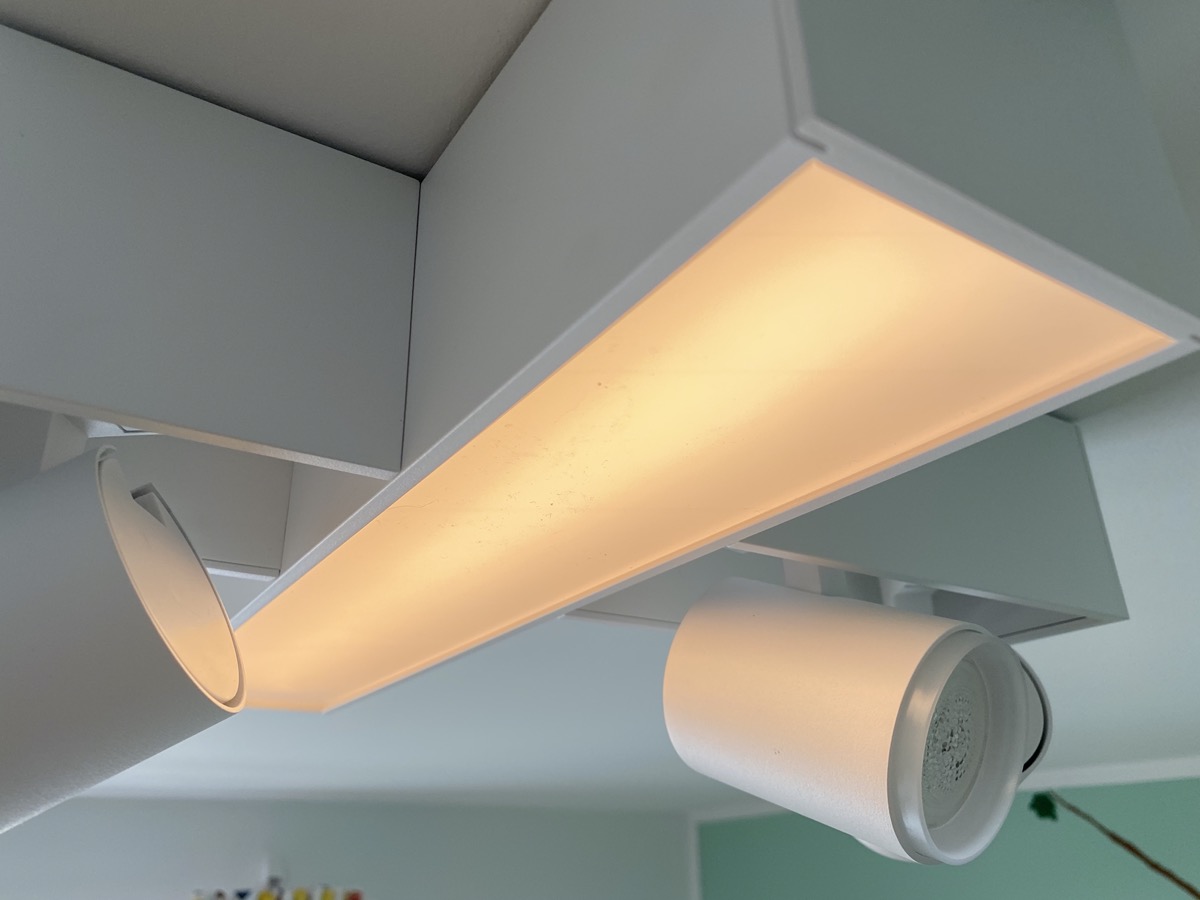 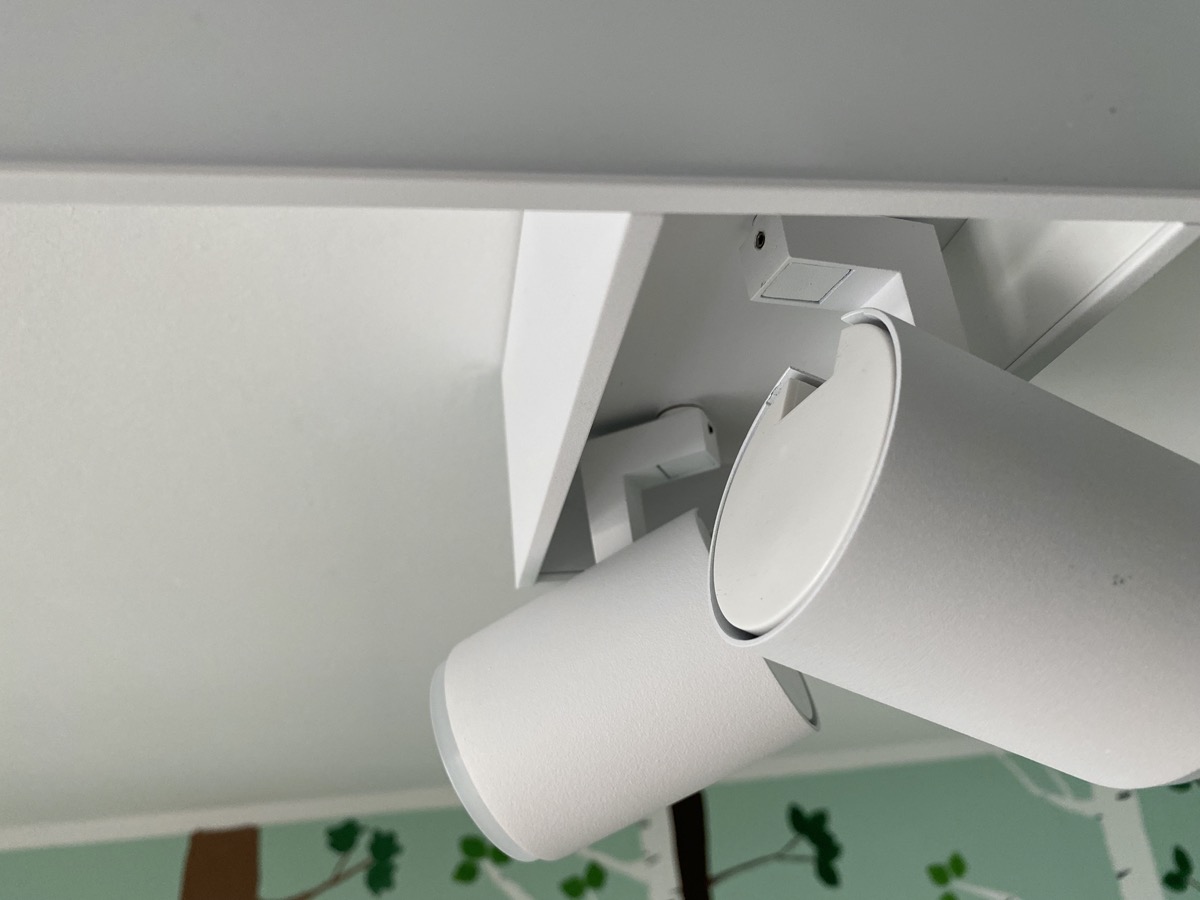 So let’s concentrate on what the Philips Hue Centris can do. I was already convinced by the ceiling spotlight during installation, because it can be installed without any helper. In addition to the small 2-spot-model, I have now also installed the larger Cross version with three spots – and I have managed without a helping hand.

This is made possible by three details. First of all, a rail is screwed to the ceiling, where you can connect the cables to a luster terminal. Then you hang up the Centris with a carabiner and can then connect the plug for the power supply without having to hold the lamp at the same time. Last but not least, the Centris hooks into the holder in such a way that the screw for fixing the case can be screwed in without stress.

At this point I would really like to praise Philips Hue. I have installed many ceiling lamps from the manufacturer, but never before has it been as easy as with the Hue Centris. Of course, you normally only mount the lamp on the ceiling once, but such a relaxed start to living together is simply wonderful. 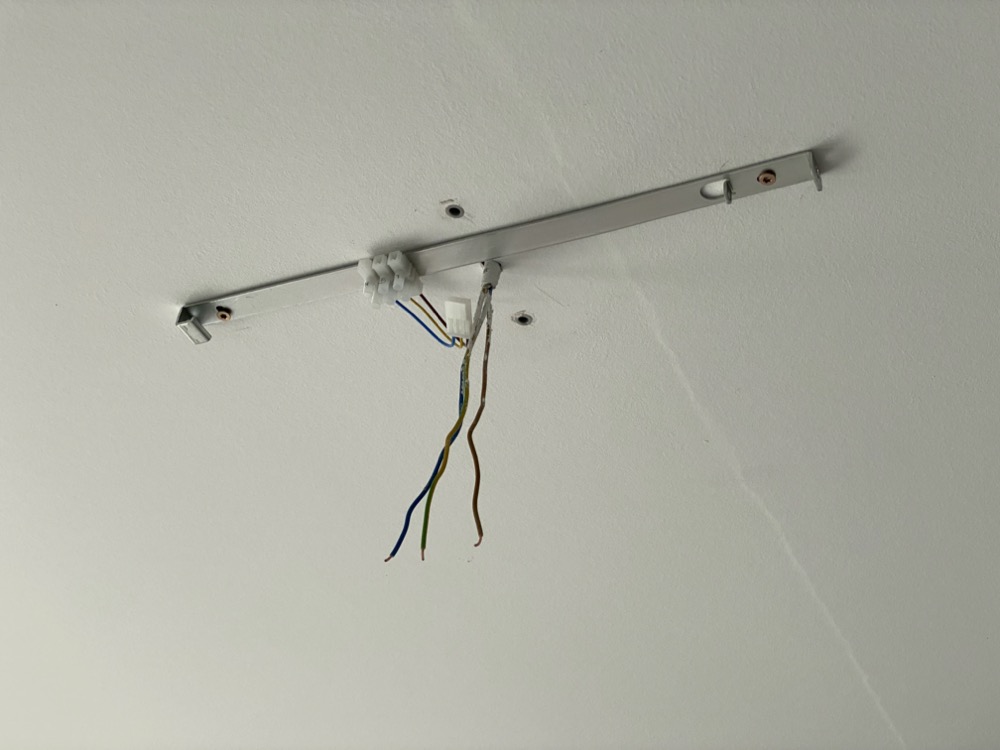 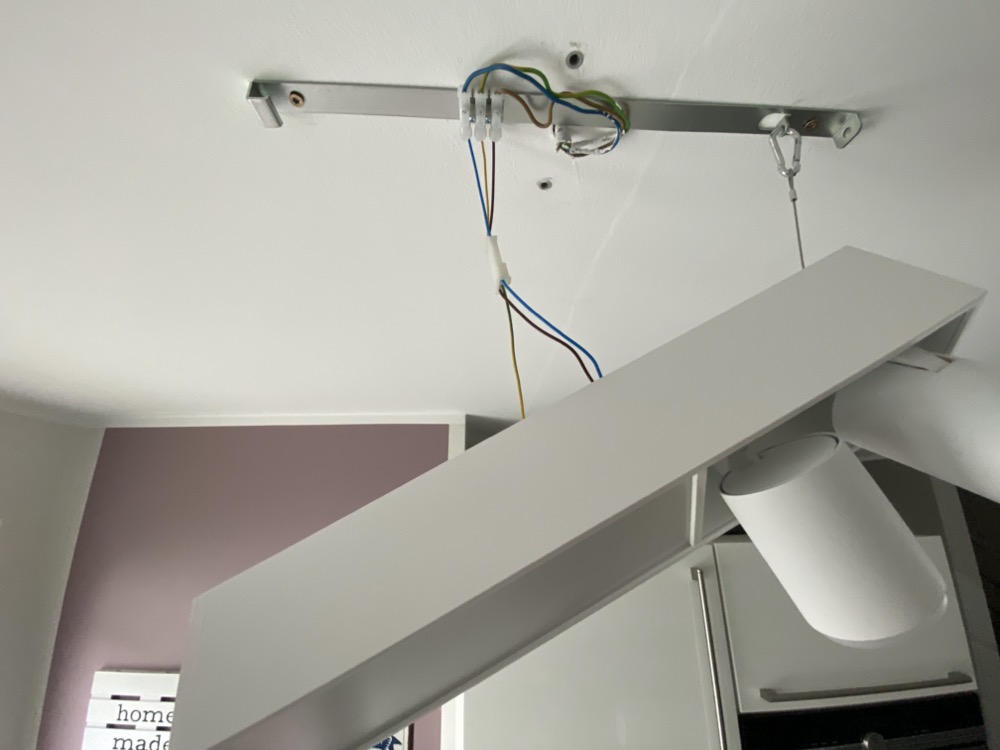 And what about the lighting? Together with my wife, we thought long and hard about what lighting we should install in our 11 square metre children’s room. A Hue Runner 3 spot with the old GU10 generation and together 750 lumens was sufficient, but not really bright. Moreover, up to now we always stood ourselves in the light at the changing table.

Actually, out plan was to put a lampshade with a children’s design and an E27 in the middle of the room, but that wouldn’t have been really brighter either. Now it has become the Centris, here are two before and after pictures: 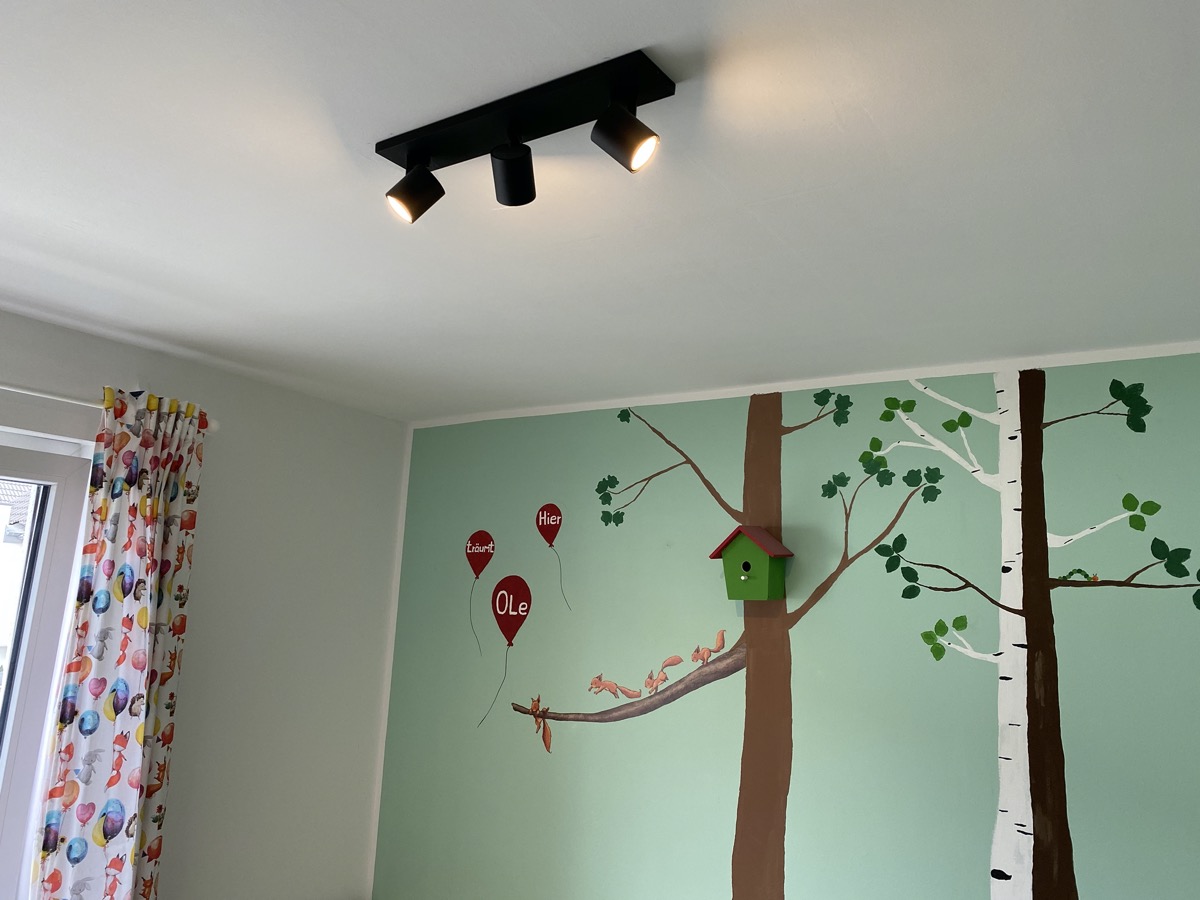 And what can I tell you: Up to 2,850 lumens are possible and in the warm white standard scenes such as “reading” the children’s room is flooded with light, so to speak. There is still a shadow at the changing table, as the ceiling lamp is attached at the same position – but as the whole room now shines much brighter, the shadow is much less.

You also benefit from all the advantages that the Hue universe offers: Motion detectors, dimmer switches, different scenes and automation are of course no problem. And if your offspring grows up a bit, you can also let the Centris shine in four different colours – at the latest on your first overnight visit, this should become a big highlight.

The Philips Hue Centris is versatile

Whether in the children’s room or in the bedroom, living room or hallway, the Philips Hue Centris, with its four different versions, will find a suitable place in almost any room, if you like the look and price. The Centris is officially not allowed in the bathroom, the protection class is only IP20.

Meanwhile you can buy the Hue Centris at various dealers, I ordered my 3-series cross model at Proshop.de. Seven of eight different models are currently in stock and can be delivered within one to three working days. 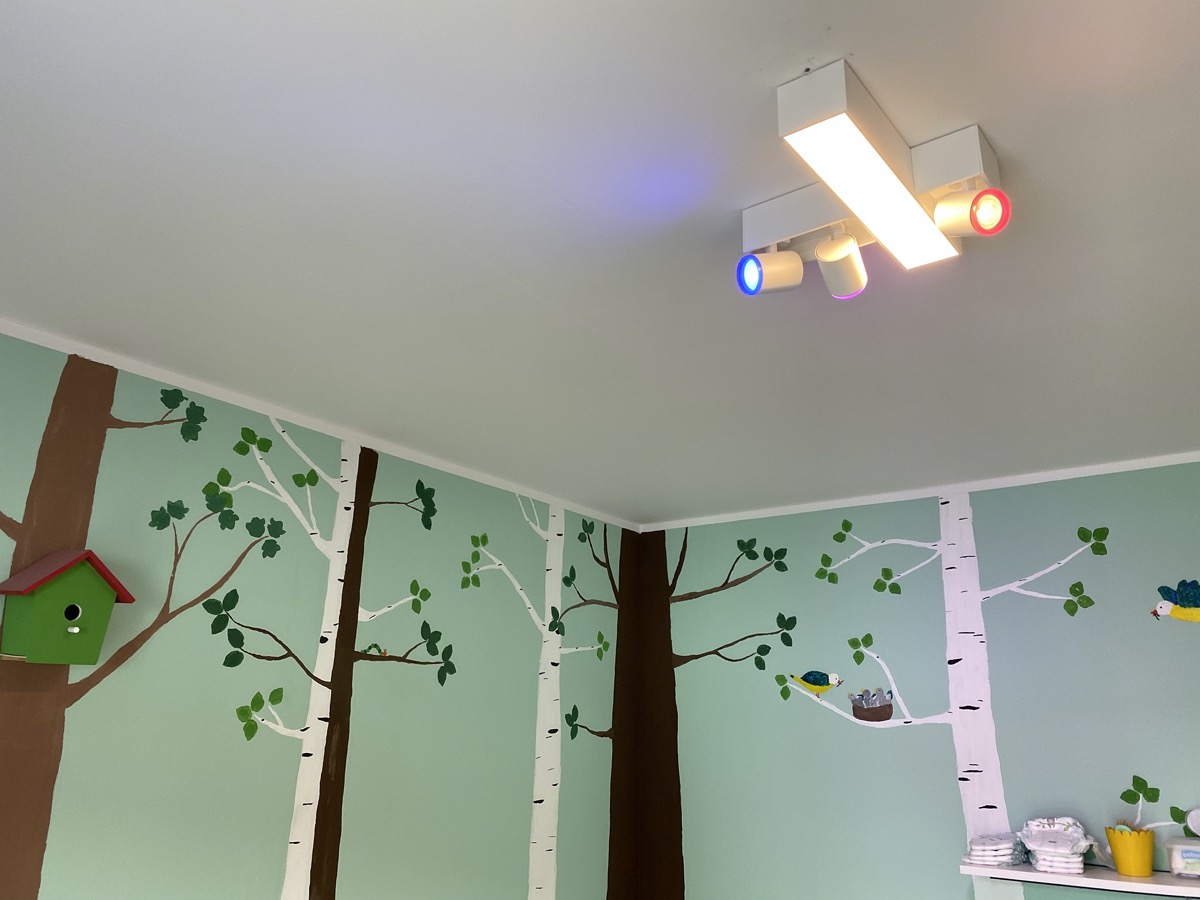 Previous articleHue Tap disappears from the market: Switch is obsolete
Next articleFour manufacturers at a glance: Vintage look with smart filament lamps