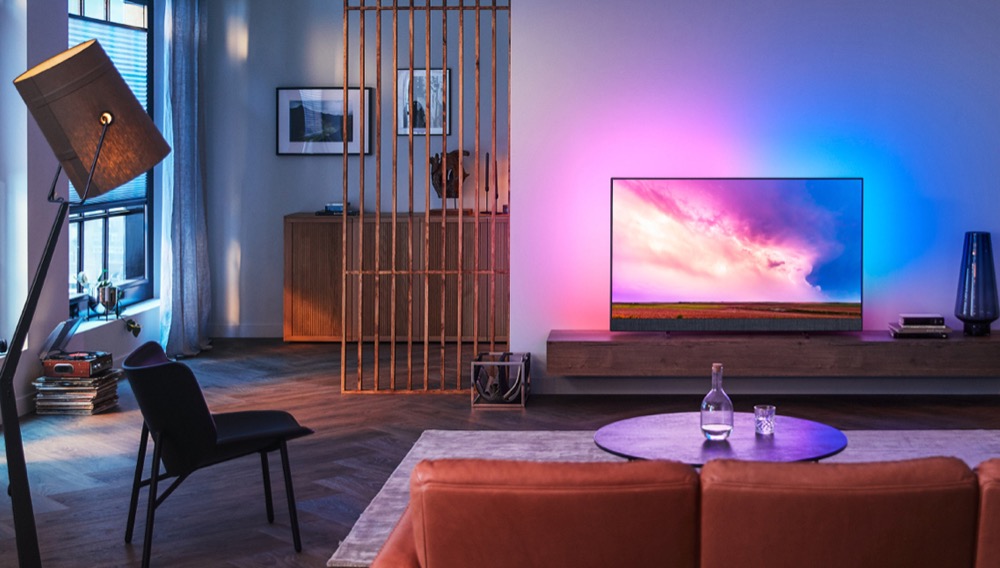 Finally Ambilight again: The Philips 65OLED804 is hanging on my wall

Fabian1 Comment on Finally Ambilight again: The Philips 65OLED804 is hanging on my wall

After I moved a little more than two years ago and the distance from the sofa to the television set increased by about one and a half meters, I quickly realized: My previous 55 inch TV is simply too small. For years I have been using an Ambilight TV and have always been very satisfied – even if it was from the 2010 or 2011 model year and the connection to the Hue system was not really comfortable.

However, due to its dimensions, I replaced the Ambilight TV with a larger model last year and decided on a TV from LG – I was able to get a very good deal here. One thing I have definitely missed since then: Ambilight.

First I tried the HDMI Sync Box, which was not really usable in the first half year in combination with my setup consisting of Sky Receiver and Apple TV. It wasn’t until the big update in May that the HDMI Sync Box was actually used and provided something like Ambilight feeling.

How will Ambilight perform together with Philips Hue?

But now I got the chance to test a quite current Philips TV with 65 inch: The 65OLED804. It’s a TV from the 2019 model year, but it will be updated this year as well. Yesterday evening, I screwed the TV to the wall mount, reprogrammed my Harmony remote and did some Netflix. And what can I tell you? Ambilight is just fantastic.

Of course I will provide you with more details about the Philips 65OLED804 in the coming weeks. But this should not be a big review of the television, because I simply lack the know-how for that. Instead, I want to concentrate on two topics in particular: A comparison between Ambilight and the Philips Hue Play HDMI Sync Box as well as detailed explanations around Ambilight+Hue.

If you have special questions about these topics or if you are interested in other details, you can simply write me a comment under this article.

Previous articleStep by step: How to assemble the new Philips Hue Centris
Next articleRe-order old LightStrip extensions: Philips Hue working on a solution