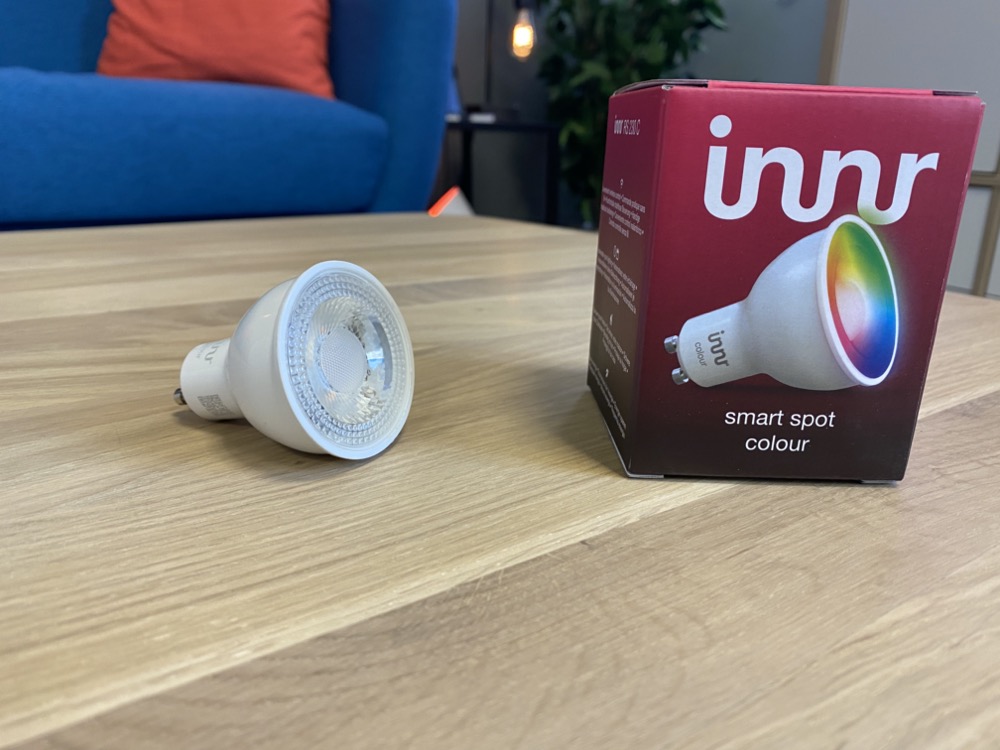 Innr GU10 Spot: An alternative to the original Hue bulb?

Larger and problems with colours

MelLeave a Comment on Innr GU10 Spot: An alternative to the original Hue bulb?

Last fall, Philips Hue launched a much improved version of its colored GU10 spot – which is currently affected by problems. Many users report beeping lamps when switched off, i.e. at 0 percent brightness. The good news first: this problem does not occur with the Innr color spots released in October 2019.

Therefore, a good reason to take a closer look at the not-yet-so-old GU10 spot. Innr has also managed to reduce the dimensions. With a length of 6.1 cm, the Innr spot is 0.3 cm longer. Probably, it is even a tad more since the cover of the Hue spot sticks out of the case. The Innr Spot should also fit into most of the sockets without any problems. 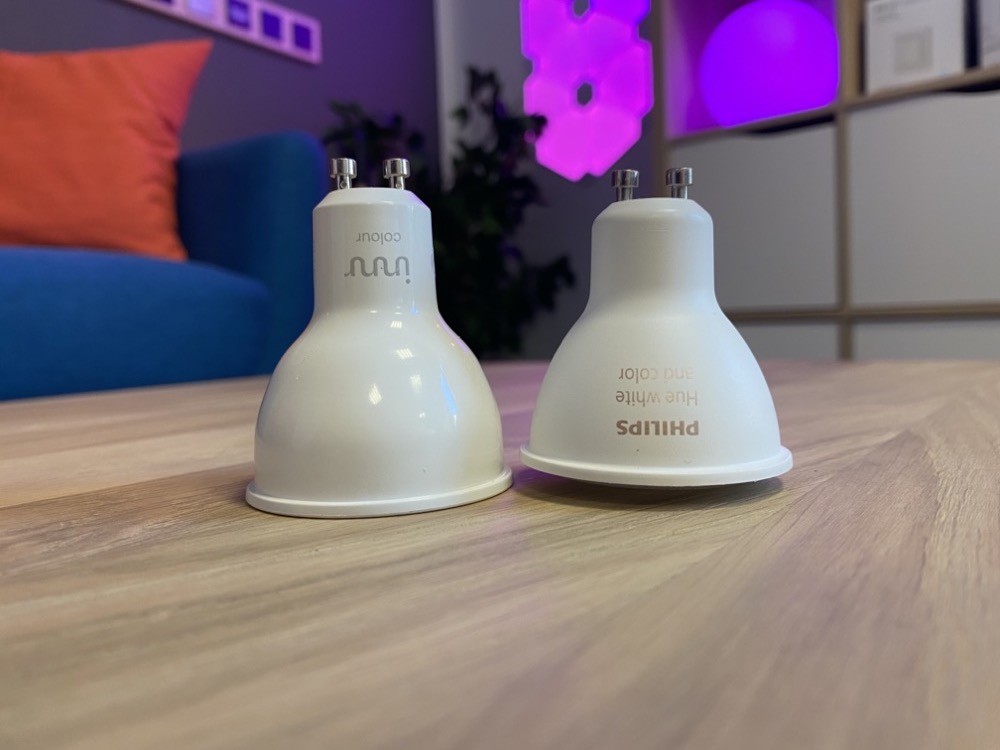 Setting up via Hue app is not a big hurdle – just like with the other Innr products. The illuminant is found immediately and can be utilized afterwards as usual. The only usual drawback is the lacking Apple HomeKit support.

That all sounds pretty good at first. Currently, Amazon only presents an average rating of 3.7 stars. And indeed, it’s also the small details that count in the end – which is also true for the colored GU10 spot from Innr.

Color rendering of the Innr GU10 Spot is not flawless

For example, the spot consists of several LEDs and mixes the wrong hues. This is especially noticeable with a pure yellow, where the spot is partly red and green. With most colors there are no problems at all. This is difficult to capture on a photo but even if the colours are not reproduced correctly on the following picture, you can see very well that there is not only one but definitely several colours. 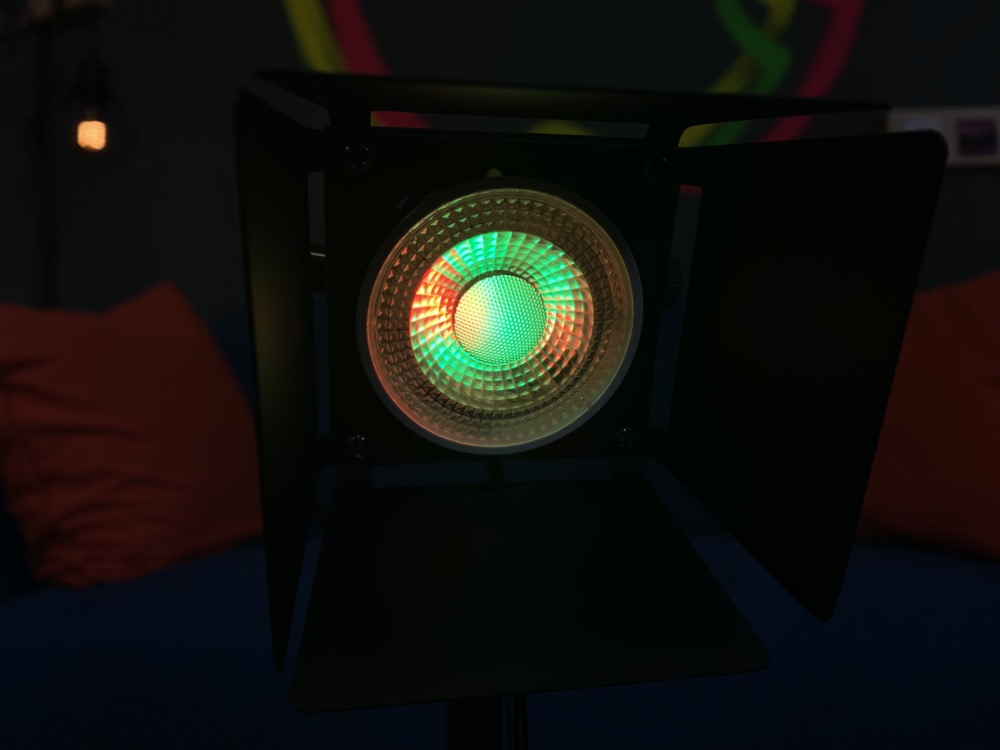 Other users report that after some time the lamps were no longer accessible properly. Personally, I noticed nothing unusual after several days of use.

Apart from that, there are no significant other differences compared to the Hue Spot. The brightness is just as high with up to a maximum of 350 lumens, the Innr Spot can display an even cooler white with 1,800 Kelvin. The biggest difference is probably the price: a single Innr Spot costs 29.99 euro, a double pack is available for 59.99 euro. This puts the third party provider well below the price set by Philips Hue for its coloured spot.