I'm back from the Netherlands and would like to share some exciting information about the Philips Hue Play HDMI Sync Box - directly from Signify headquarters.

MelLeave a Comment on Explaining the HDMI Sync Box: These problems still exist

I’ve had the Philips Hue Play HDMI Sync Box installed in my home for about two weeks now but I haven’t really used it often yet. For now, I have some answers to reader requests and my questions, directly from the Philips Hue headquarters in Eindhoven. 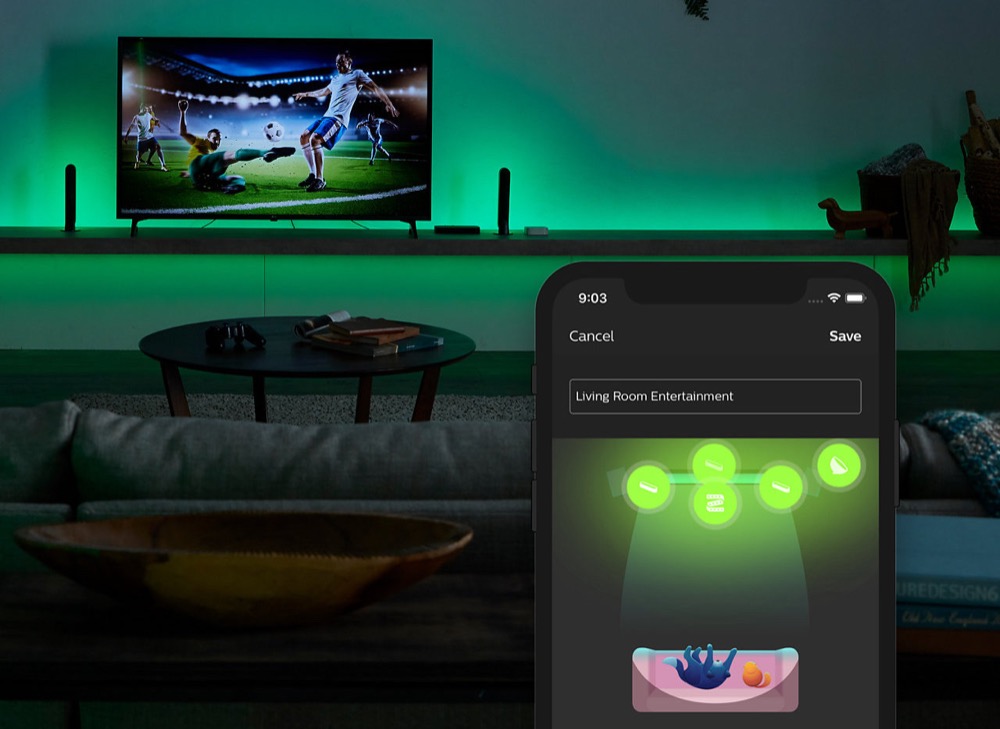 HDMI Sync Box is not an Ambilight substitute

With Ambilight, Philips integrated great technology into its TV sets many years ago. There are now so many LEDs on the back of the TVs that a wide range of colours can be displayed all around.

This is exactly what many Hue users want to achieve with the HDMI Sync Box and Philips Hue LightStrips, which can only light up in one color at a time – despite the many LEDs. So you won’t be able to create a real ambilight replacement.

But that’s not necessarily the goal of the Philips Hue Play HDMI Sync Box. Instead of extending the TV picture with many LEDs around the TV, you want to cover the entire room with a suitable ambience to match the TV picture. And this works not only with lamps behind the TV, but also with lights to the left and right, on the ceiling of the room or behind the sofa.
Current problems with the automatic input change

Probably the biggest problem of the HDMI Sync Box is the automatic channel change. Difficulties are encountered with devices that do not switch off automatically via remote control, such as an Apple TV or Fire TV. These only switch to sleep mode after several minutes of non-use. As long as they send a signal, the HDMI Sync Box can’t change the source automatically – you have to use the app, which I don’t think is reasonable in everyday life.

The good news: the problem is also known in Eindhoven. They are currently working on making it possible to change the HDMI source via the infrared signal of the TV remote control. They are also working with Logitech to be able to offer the HDMI Sync Box as a device in the Harmony app. Still, it is not yet known when this improvement will be fully operational and rolled out. 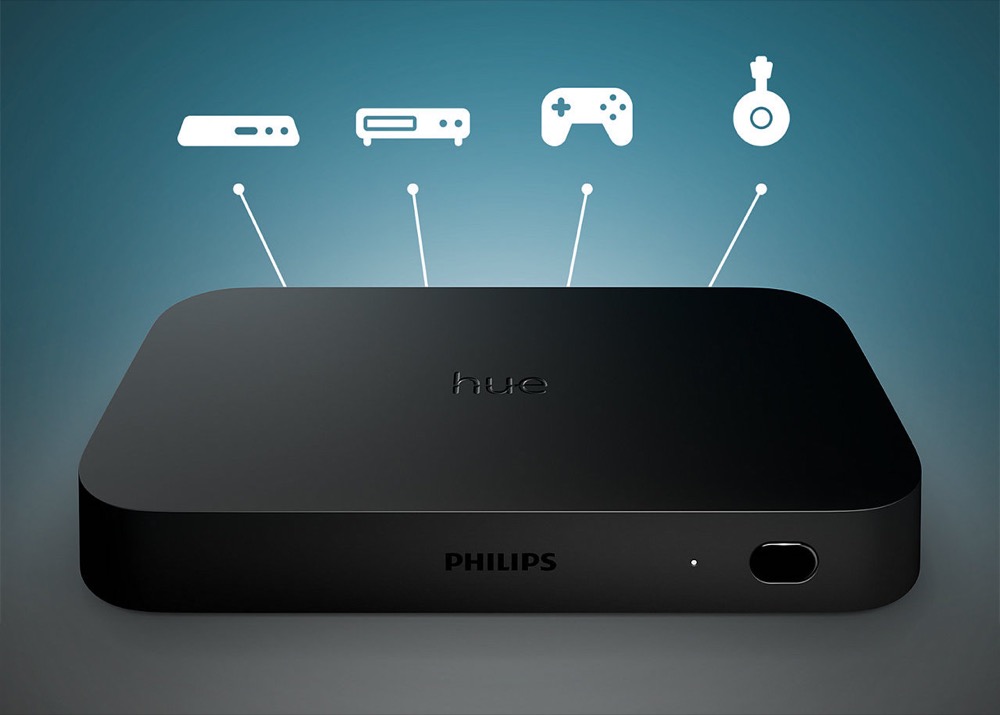 Various presets for one HDMI channel

If you only want to watch TV, you might want different settings for the HDMI Sync Box other than playing games on the PlayStation. Eindhoven is currently working on this feature as well and wants to provide a corresponding update later this year.

It could look like this in practice: when starting with the Sky receiver on HDMI 1, the HDMI Sync Box uses an entertainment area with three lamps directly behind the TV and 50 percent brightness in video mode with moderate intensity. If you switch to Apple TV on HDMI 2, the maximum brightness is automatically increased, an entertainment area with additional lamps is selected and the intensity is increased. Meanwhile, switching to HDMI 3 and PlayStation will switch to maximum intensity video mode.

Game mode and configuration of the entertainment area

How exactly does the game mode differ from the video mode? What is the best way to set up the entertainment area and where do you place the lamps in the room? I will provide answers to these questions in another article tomorrow.

Previous articleVisiting Signify: the High Tech Campus in Eindhoven
Next articleSet up Hue entertainment areas: these are the details that matter