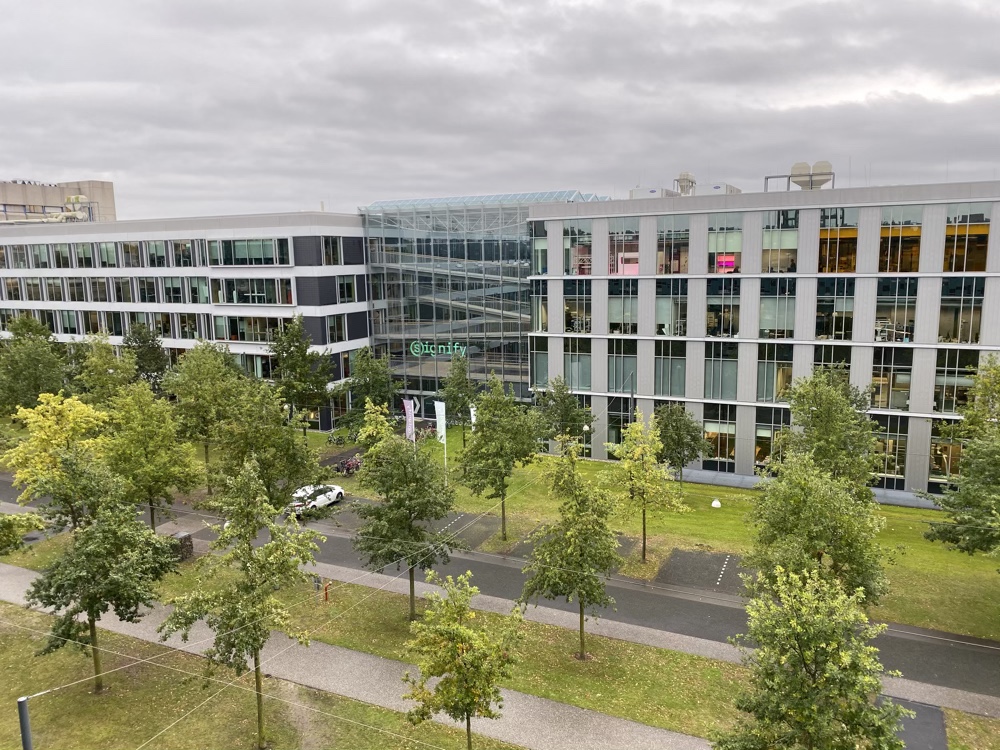 Where does Philips Hue come from? I went to Eindhoven to look for clues.

MelLeave a Comment on Visiting Signify: the High Tech Campus in Eindhoven

I’m on holiday in the Netherlands until Monday. During this time I’m being wonderfully represented by my colleague Frederick. However, I have not been completely idle, as I also used my time in the Netherlands to visit the Philips Hue headquarters in Eindhoven on Friday.

At present, Philips Hue no longer belongs to Philips, the official company name is Signify. But the origin is still clear: the company is based on the High Tech Campus in Eindhoven, a huge area with numerous office buildings which was initiated by Philips many years ago. In the meantime, numerous other companies have also settled on the site, including TomTom, Shimano and Intel.

More than 10,000 people work on the site, so there are not only office buildings and parking garages, but also a complete supply mile with restaurants and even a supermarket. There is also a kindergarten and a large artificial lake on the high-tech campus.

Certainly, the most exciting site was the Philips Home Lighting Experience Center: a huge showroom which displays every single Hue product as well as numerous third-party products like Friends of Hue switches. The showroom lets every Hue fan brighten up for sure. Unfortunately, photos were strictly prohibited.

Nevertheless, I took the liberty of taking a few photos of the grounds and through the window pane to show you what it looks like at Signify on the High Tech Campus in Eindhoven.

A little tour around the High Tech Campus in Eindhoven

Upon arrival, a first view from car park P0 on HTC 7, one of Signify’s buildings. 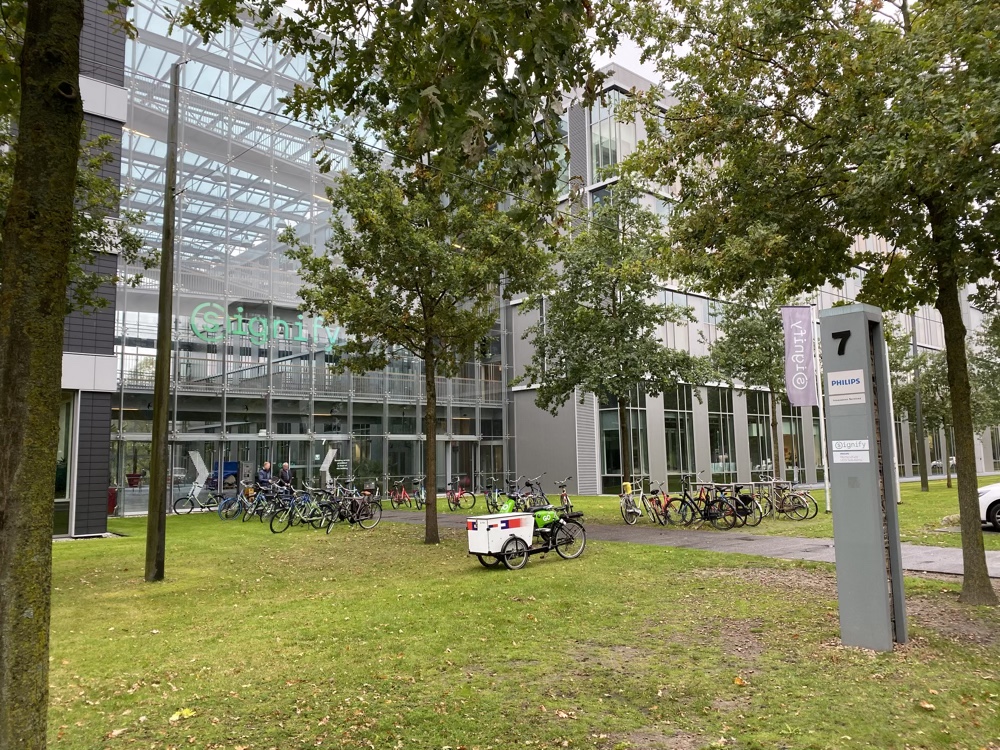 The entrance of the building, even on a rainy October day typical Dutch bicycles are not missing. 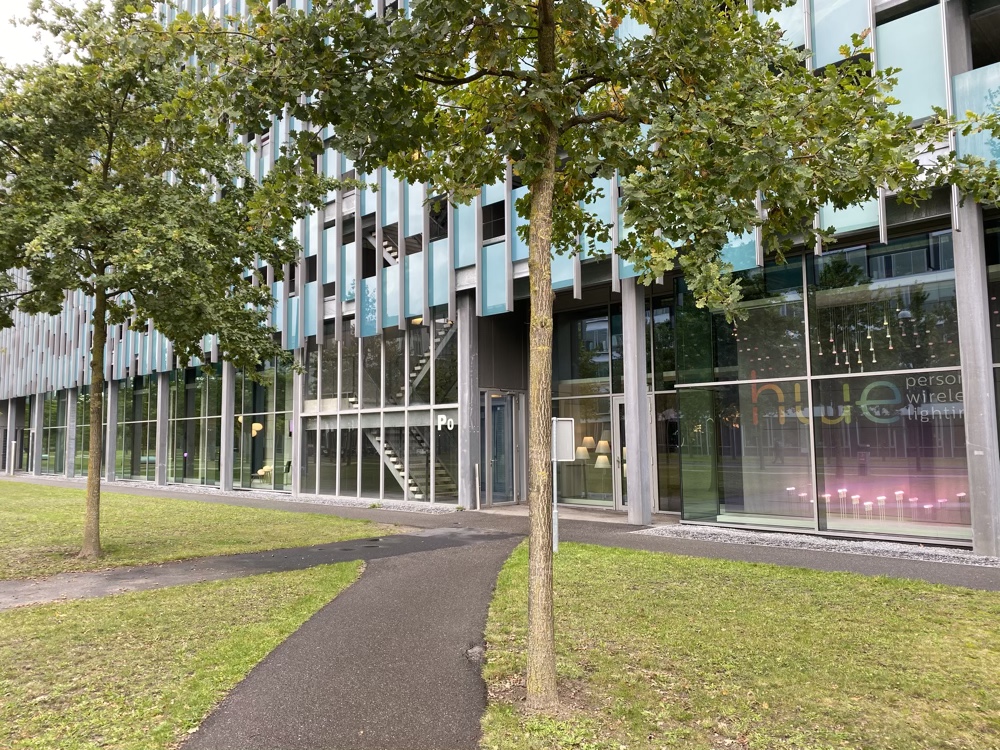 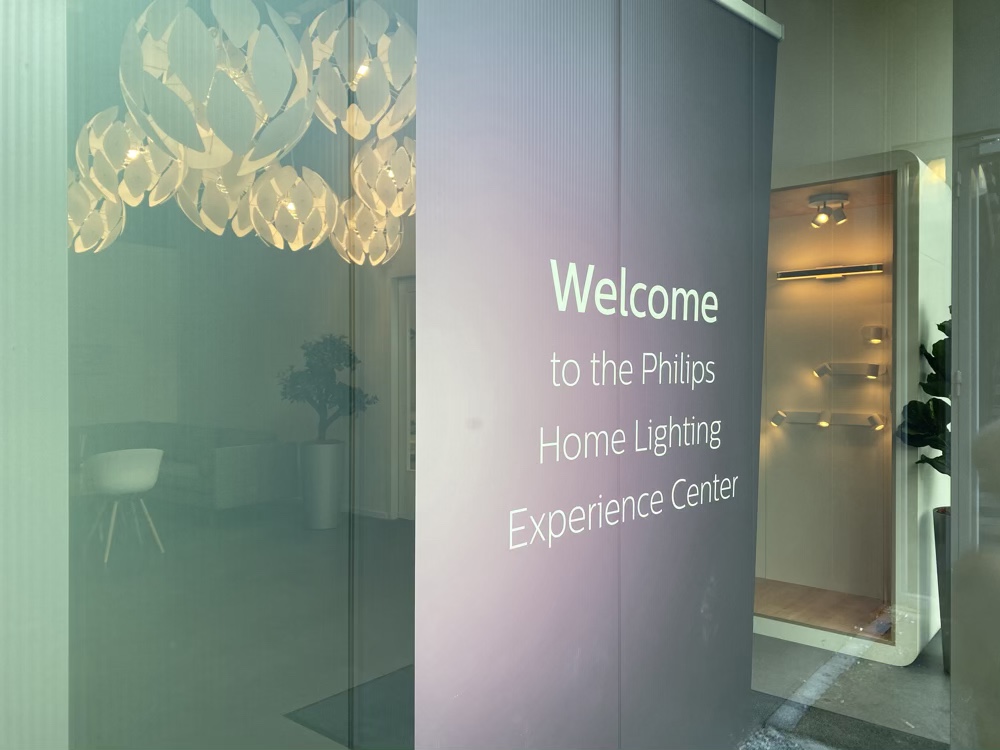 The Philips Home Lighting Experience Center is located directly opposite the ground floor of car park P0. Photographs were prohibited in the showroom which is not open to the public. 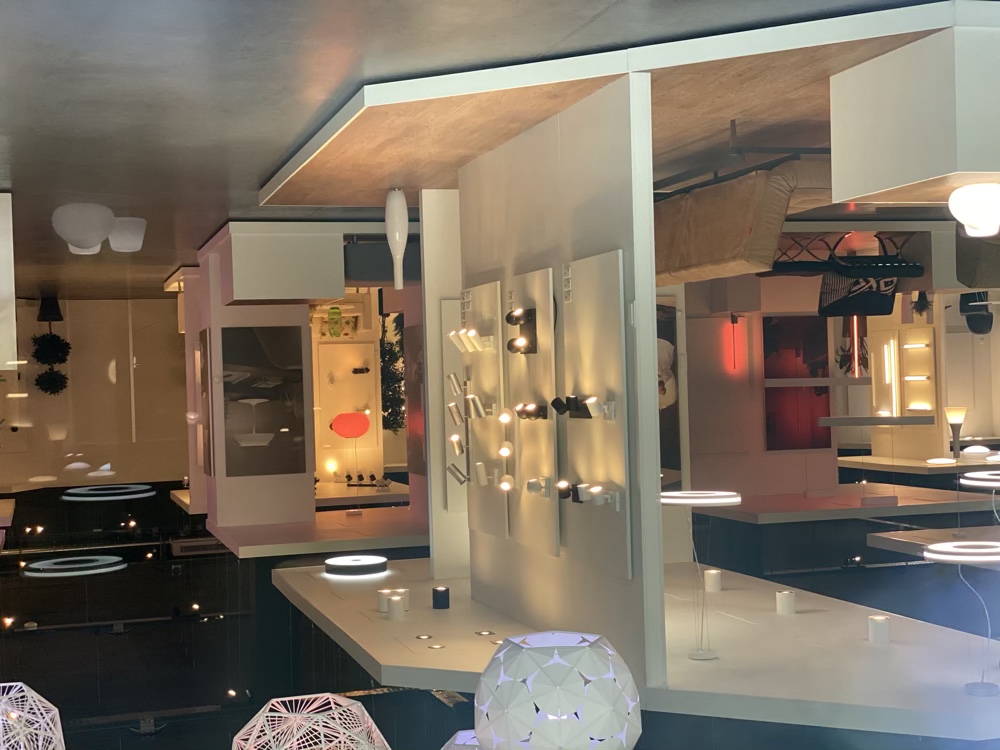 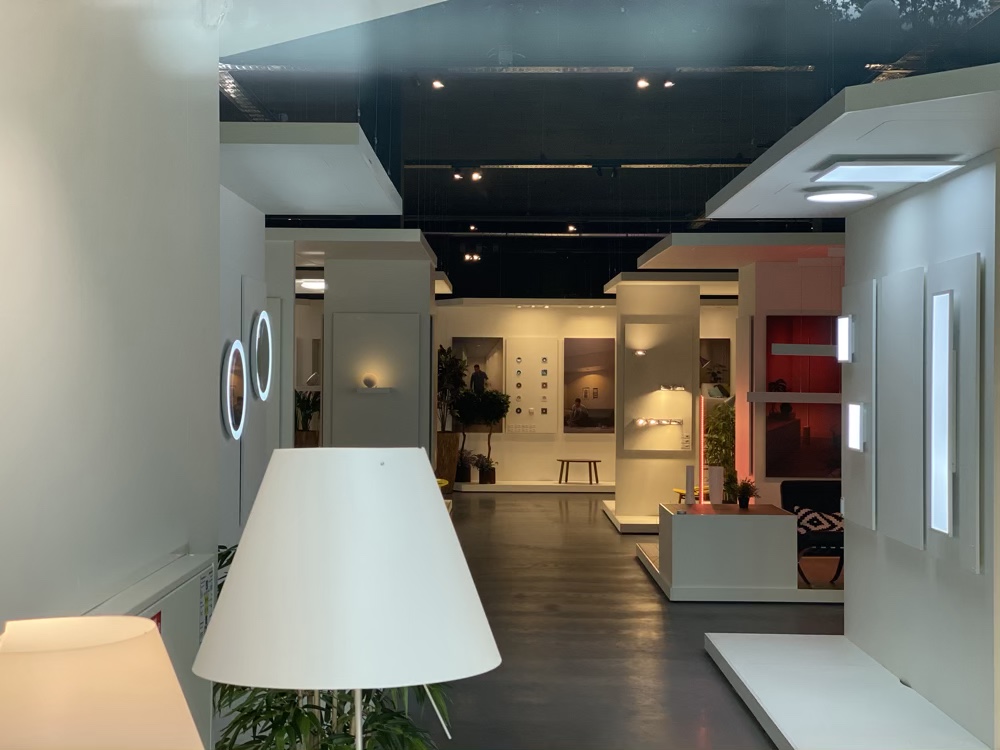 Nevertheless, I did not miss the opportunity to take some pictures through the big windows. Here you can find every Hue product at least once. 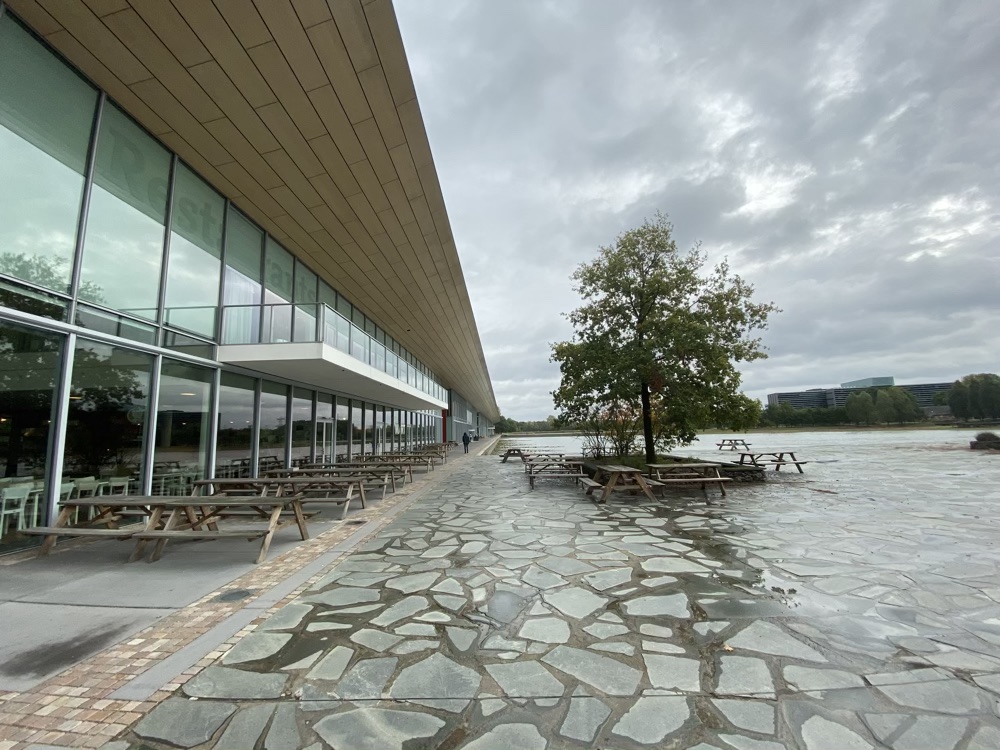 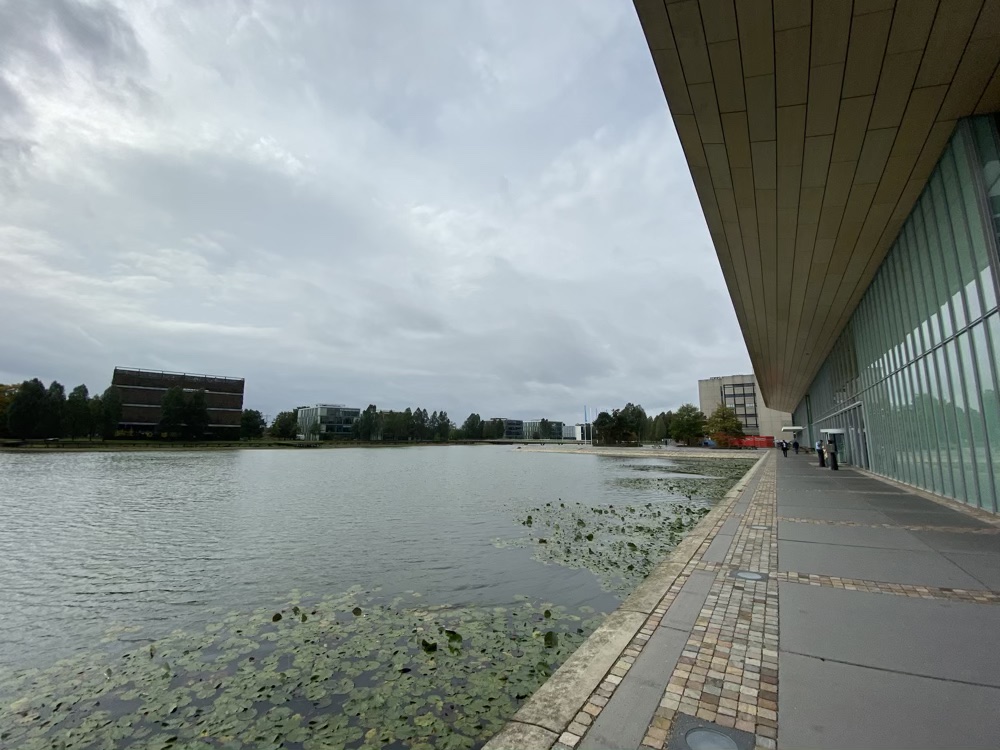 The weather was really anything but exhilarating, but on a beautiful day, the outdoor area of the “food mile” invites you to linger. 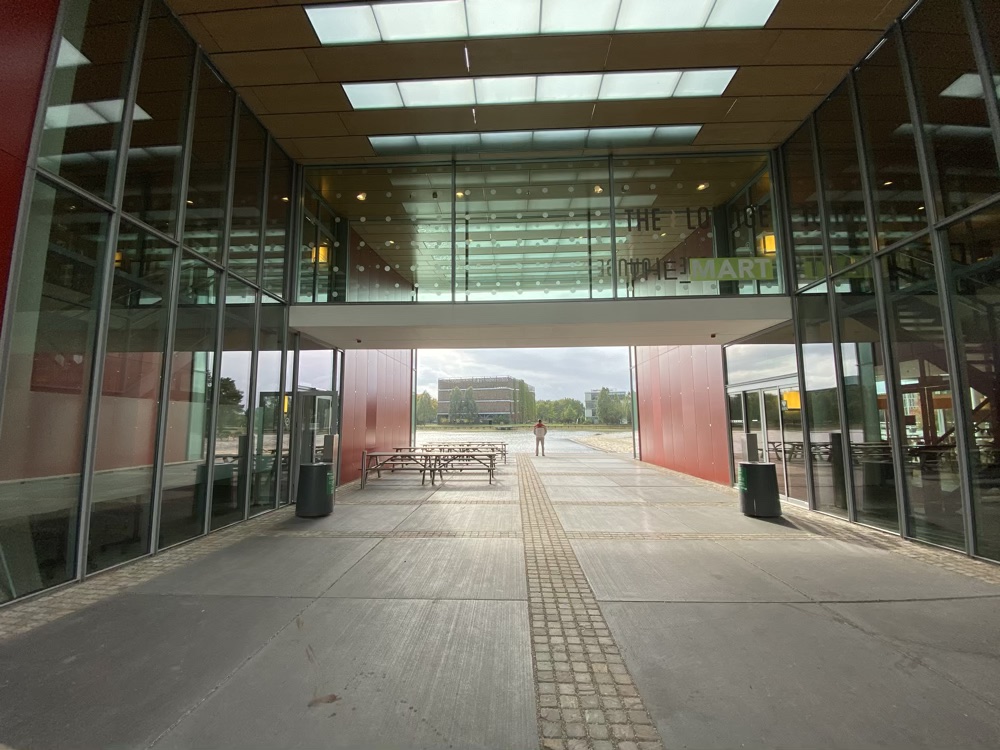 The calm before the storm. From 12:00 on the area has filled up noticeably – time for a lunch break. 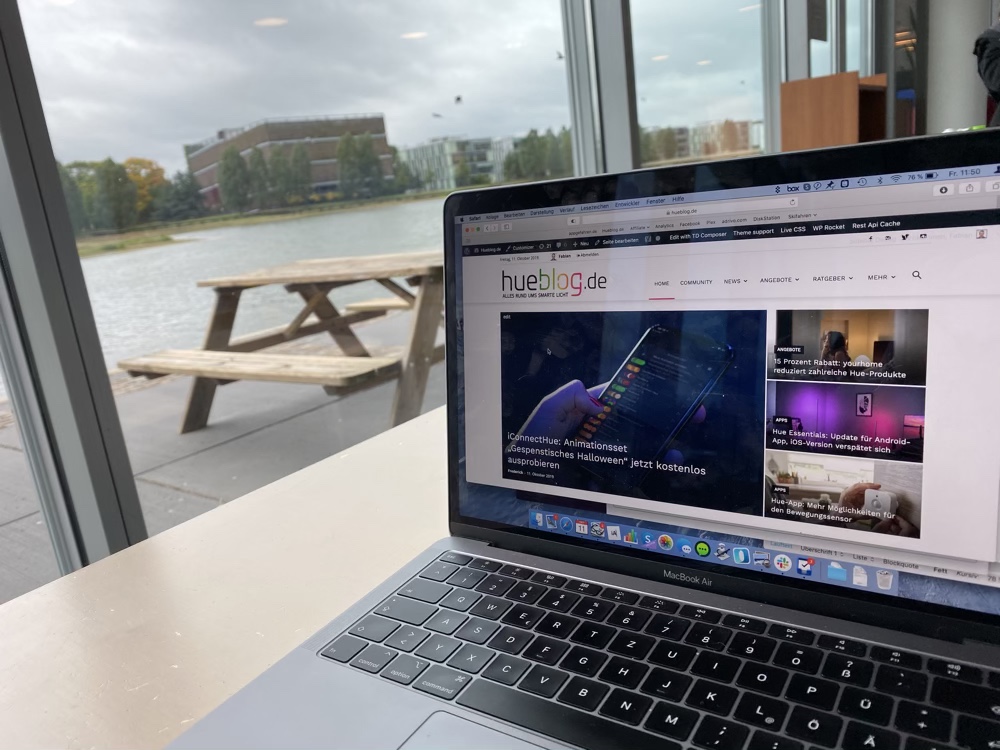 I also took a short break after interesting discussions with Signify managers, in particular about the new Philips Hue Play HDMI Sync Box. 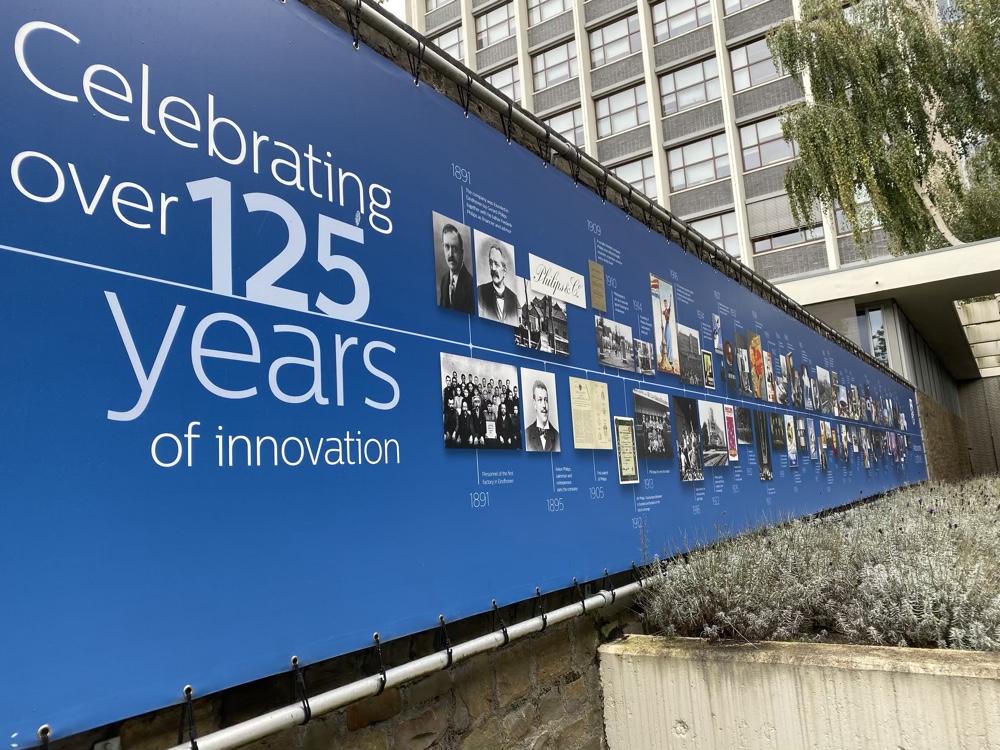 After that I took a little stroll around the High Tech Campus. Here you can see a timeline of the 125th anniversary of Philips in front of the main building of the company. 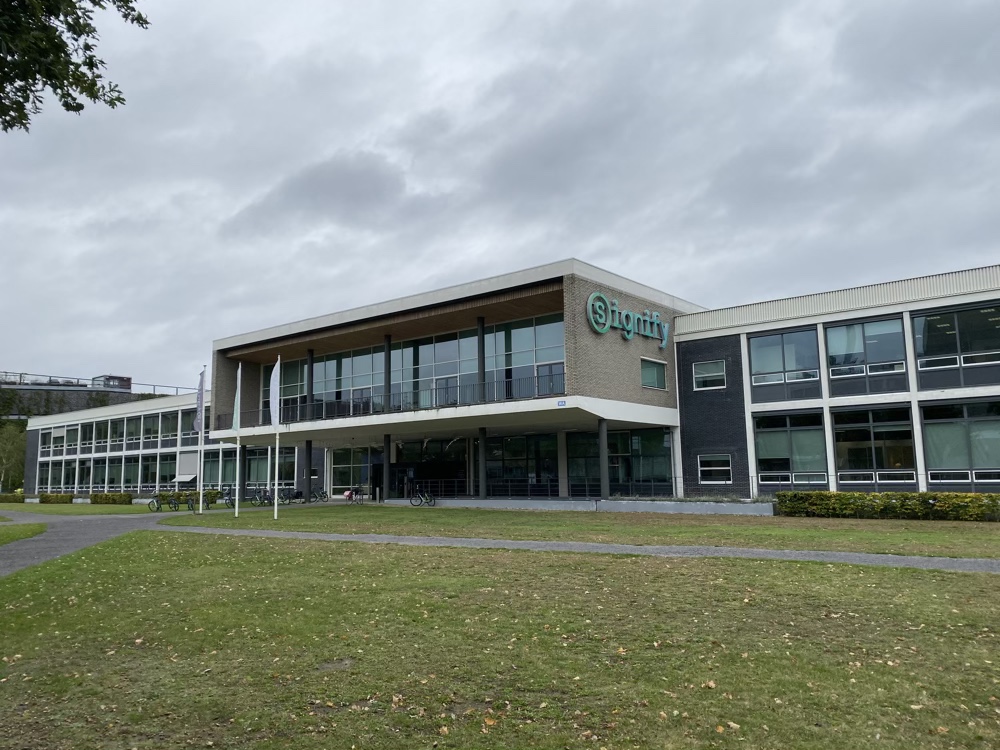 And here finally another building that was taken over by Signify.