Philips Hue: more and more devices and no powerful bridge

When will Signify update its control centre?

MelLeave a Comment on Philips Hue: more and more devices and no powerful bridge

When Philips Hue was launched in 2012, nobody would have expected such a success. In the field of Smart Lighting, the Eindhoven-based system is by far the number one. This is unlikely to change in the near future.

The last update for the Hue Bridge was in autumn 2015 when HomeKit was introduced as a major new feature. At that time, Hue Bridge could be coupled with about 50 lamps, which seemed more than sufficient.

In recent years Philips Hue has expanded its portfolio of available lamps and luminaires to such an extent that more and more users are reaching the limits of the system. Well over 20 lamps and 150 luminaires are now available. In spring 2020, there will also be some new outdoor products, as I was able to reveal on Friday.

Below the article and on the net you can find user comments like the following:

“Hm… the increasing choice of lamps is all well and good. But does Signify notice at some point that the current bridge construction is inadequate if you rely on a complete lighting system?”

“I am well equipped but I have already ‘outsourced’ 2 lamps with the Ikea motion sensor. With more than 50 (currently 53) lamps connected, one notices how the system slows down. A second bridge on the same account or a pro version would be more than appropriate. Especially since I still have a lot of potential in the garden.”

The current solution proposed by Philips Hue for users with a particularly large number of lamps: install a second bridge in the same smart home. From my own experience I can say that this procedure is extremely laborious and not up to date with the current state of technology.

Why don’t you simply supply a Pro Bridge with sufficient power and support for at least 200 or 300 devices as optional accessories? Pro users who actually reach the limits of the existing system would certainly spend a few more euros here.

One thing is certain for me: with its Bluetooth integration, Philips Hue has taken care of beginners. But now it should also be the turn of long-time users – there are already quite a lot of them. 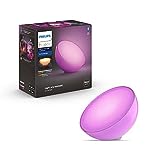