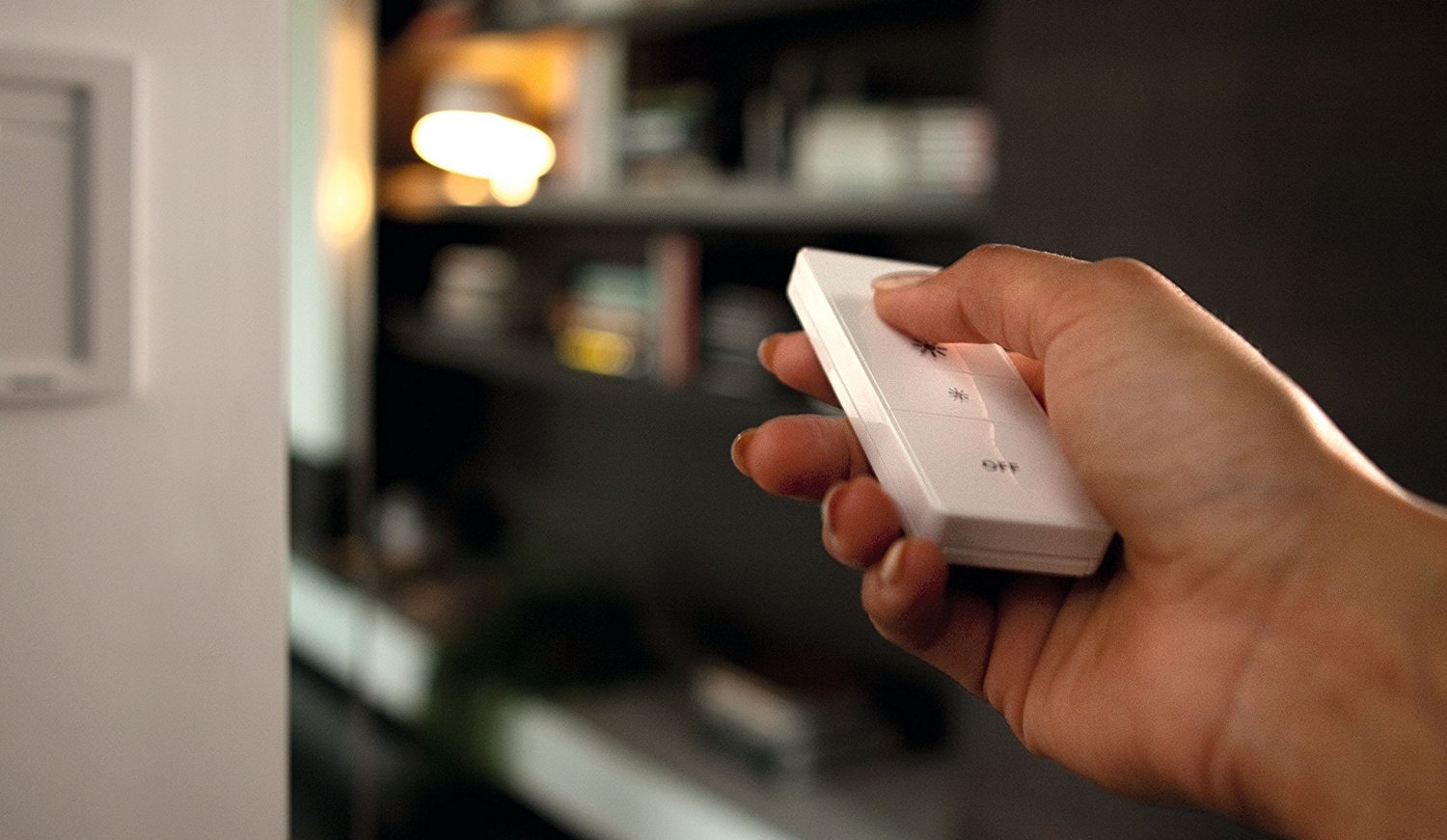 I would not want to miss this small accessory in my Hue world. Many things are possible with the Philips Hue Wireless Dimming Switch.

It looks a bit inconspicious, the dimming switch for Philips Hue. A small white plastic piece with four buttons and an even bigger plastic holder. Not really of great design and high quality, but it somehow fits in everywhere. At the moment, I have five switches in use and take this as an opportunity to explain to you what you can do with the Philips Hue Wireless Dimming Switch.

The assignment of the buttons is explained easily: switch on, brighter, darker, switch off. But if you think “that is it”, you are sorely mistaken. Even with the official Hue app you can assign five different scenes on the On button, which may come from two different rooms. In order to activate the desired scene, you simply press the button several times. 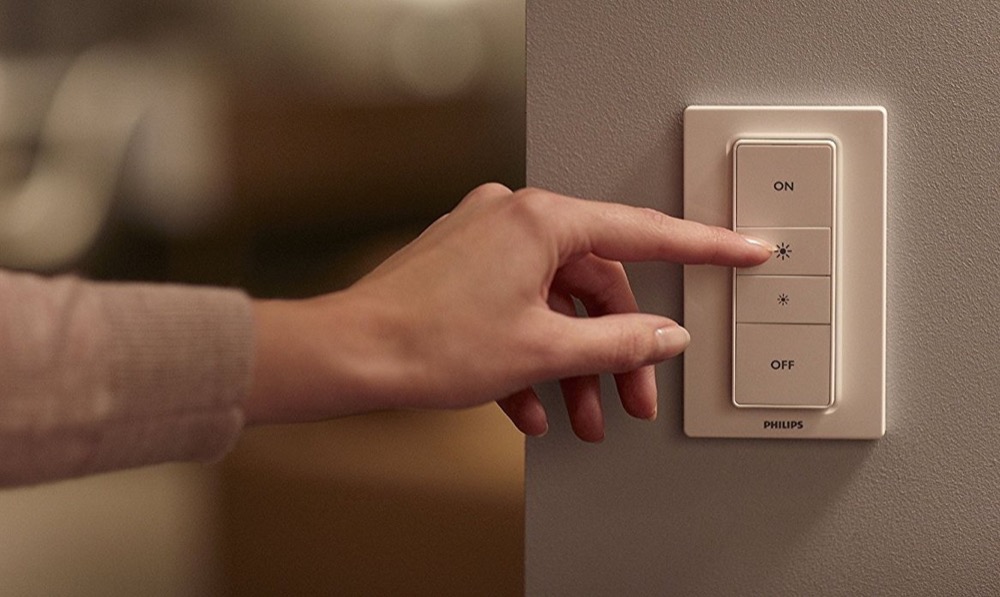 The most useful thing here is that Philips offers the “Last ‘On’ State” action. This allows you to switch on the light in its last activated state with just one button press.

Once again, iConnectHue is the real excitement. It seems a bit like advertising to me, but with this application you have possibilities that you don’t have with other apps. And they are really useful.

First of all, you’re not tied to specific scenes when assigning the five button presses for the On switch, but you can also control individual lamps or the whole house and even activate timers or animations. In addition, you can store an additional action with a long keystroke. 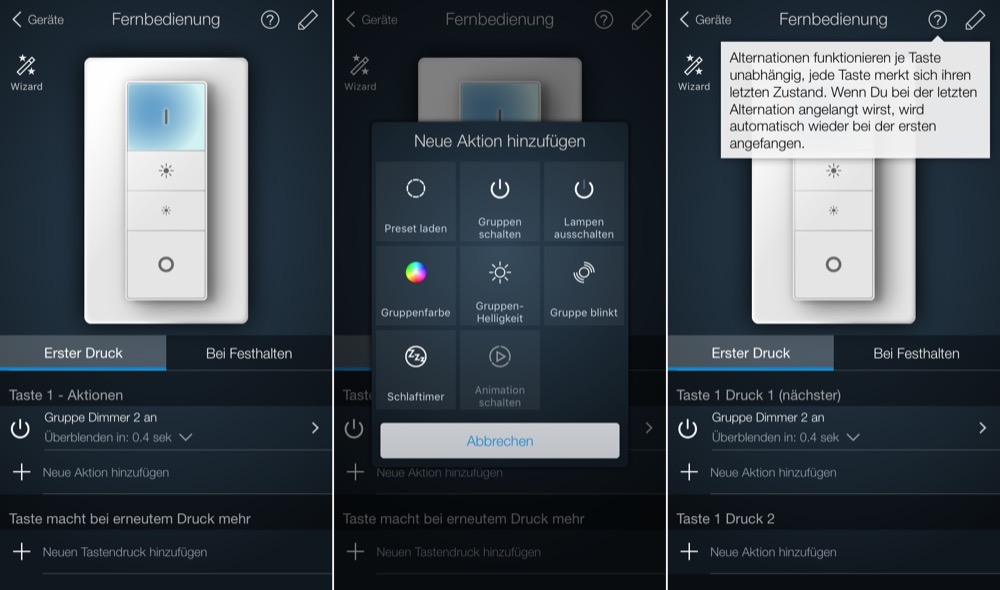 For me, this is exactly what I need in the kitchen: With a simple push of a button I switch on the decoration light; with a long push of a button the LightStrips above the worktop and the decoration light are switched on. With further keystrokes I can then determine the colour of the decorative light. A long keystroke is also used to switch off the entire light in the kitchen, while a short keystroke only switches off the LightStrips. How this looks like in my kitchen I will show you in a separate article.

iConnectHue has another advantage that I already mentioned before: The Philips Hue Wireless Dimming Switch can be configured via app even if you have a HomeKit scene on the power switch. For example, you can switch a HomeKit socket or a lighting system such as Nanoleaf Aurora, but still use the five button presses for the Hue system.

As you can see, the Philips Hue Wireless Dimming Switch is a real all-rounder. As well as in the kitchen, where it is mounted in its wall holder on the fridge, this handy switch is used in my living room, bedroom, bathroom and study.

Previous articleSet timer: Switch lamps on or off after a certain time
Next articleWhen does a second Hue Bridge become necessary and what do you have to consider?