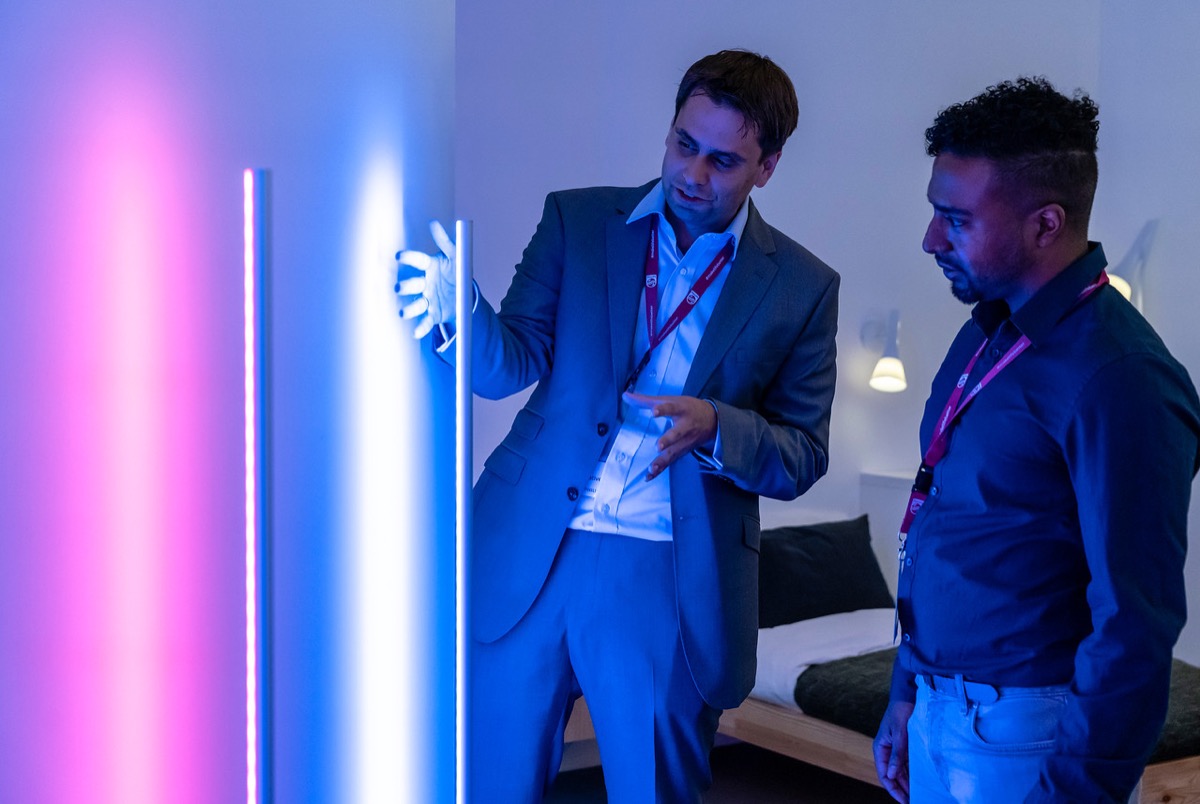 George Yianni explains: This is why Matter only comes on the Hue Bridge

Fabian1 Comment on George Yianni explains: This is why Matter only comes on the Hue Bridge auf Deutsch lesen

This autumn, it is hopefully time: The new smart home standard Matter is to launch and be able to connect a wide variety of devices. At the same time, we users should be able to decide for ourselves which apps we want to use to control the system.

The Matter standard will also support Philips Hue – but not directly via the light bulbs, only via the bridge. George Yianni (left), the inventor of Philips Hue, announced this quite a while ago. Yianni now explains once again in an interview with Matter-Smarthome why they decided to go this route.

“To integrate all the functionalities directly into the lamps would make things much more complicated, and we don’t want to move them to the cloud. That means even if we used Thread, we would still need a bridge,” Yianni explains.

Even seven-year-old Hue Bridge will get the update

Also not entirely unimportant: the firmware update of the bridge will make the whole system compatible with Matter without the need to buy new bulbs. Not entirely unimportant for Signify, apparently, as George Yianni explains, “A key advantage of Philips Hue is that it is future-proof and always up to date. Many people have made large investments in a Hue system as part of their home infrastructure, not as a gadget. And they expect these products to remain relevant for at least ten years. So far, we’ve never asked consumers to buy new bulbs.”

The update, by the way, is to be given to every second-generation Hue Bridge, no matter how old it is. “The intention is to update all second-generation Hue bridges – the square ones – back to the first, seven-year-old models. We sized the bridge to be future-proof when we built it. We don’t have the latest and greatest chip security hardware in it, but enough to meet the security requirements of the matter.”

And Yianni also gives us some details on the future development of Philips Hue: “We will continue to run our own API alongside matter. Our mobile apps will continue to use our Hue API for a richer feature set. When we make innovations, they will come to the Hue app first, as the standardisation process takes time. And if it’s a proprietary thing for Hue only, we won’t disclose all the details that are important. For example: we’d be fine with any Materia device being able to start and stop a Hue Entertainment sync, but we’re probably not going to push that proprietary innovation to other lights.”

I really recommend you take a look at the very interesting interview, packed with lots of technical details, in full. It’s definitely an exciting thing coming our way.