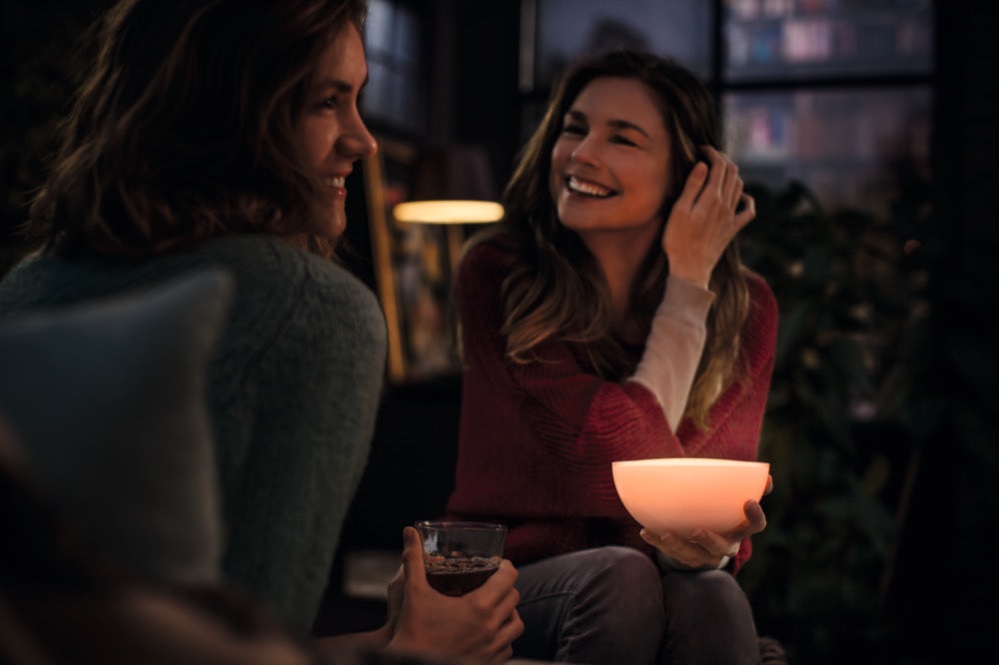 How does the second generation Philips Hue Go differ from its predecessor? I'll find out for you.

In recent years, the Philips Hue Go has gained a lot of fans as on-the-go mood light for your balcony or terrace. From October, Signify will be delivering the second generation Philips Hue Go. Therefore, I wanted to find out how the two models differ from each other.

Regarding the price, nothing has changed. The second generation also has a recommended retail price of 79.95 euros. Nevertheless, we get some new features, which I will gladly list again after my little video.

Cable management: instead of being located on the bottom, the power plug input on the new Hue Go is located on the side. This allows the cable to be routed to the front and back, which gives us even more options when placing the lamp.

Battery life: in the scene of candle flickering, up to 18 hours of battery life are included. At the end of the day, this is significantly more than with the first generation Hue Go, where the manufacturer has specified up to three hours.

Brightness: the new Hue Go is supposed to be almost twice as bright, instead of 300 lumens it will now be 520 lumens. What sounds like a big difference doesn’t turn out so noticeable in practice. In many light scenes, especially in color settings, there is hardly any difference to be seen. Only in scenes such as “reading”, “fill up energy” or “concentration” a difference can be noticed between the two generations.

My conclusion is clear-cut: In terms of brightness, I would have wished for a greater increase. The other innovations of the second generation are really great, but an upgrade would probably only be worthwhile if you used the Bluetooth function frequently. But if you’ve been thinking about buying a Hue Go for a while, you’ll soon be able to get much more than before for the same price – and that’s certainly a plus.