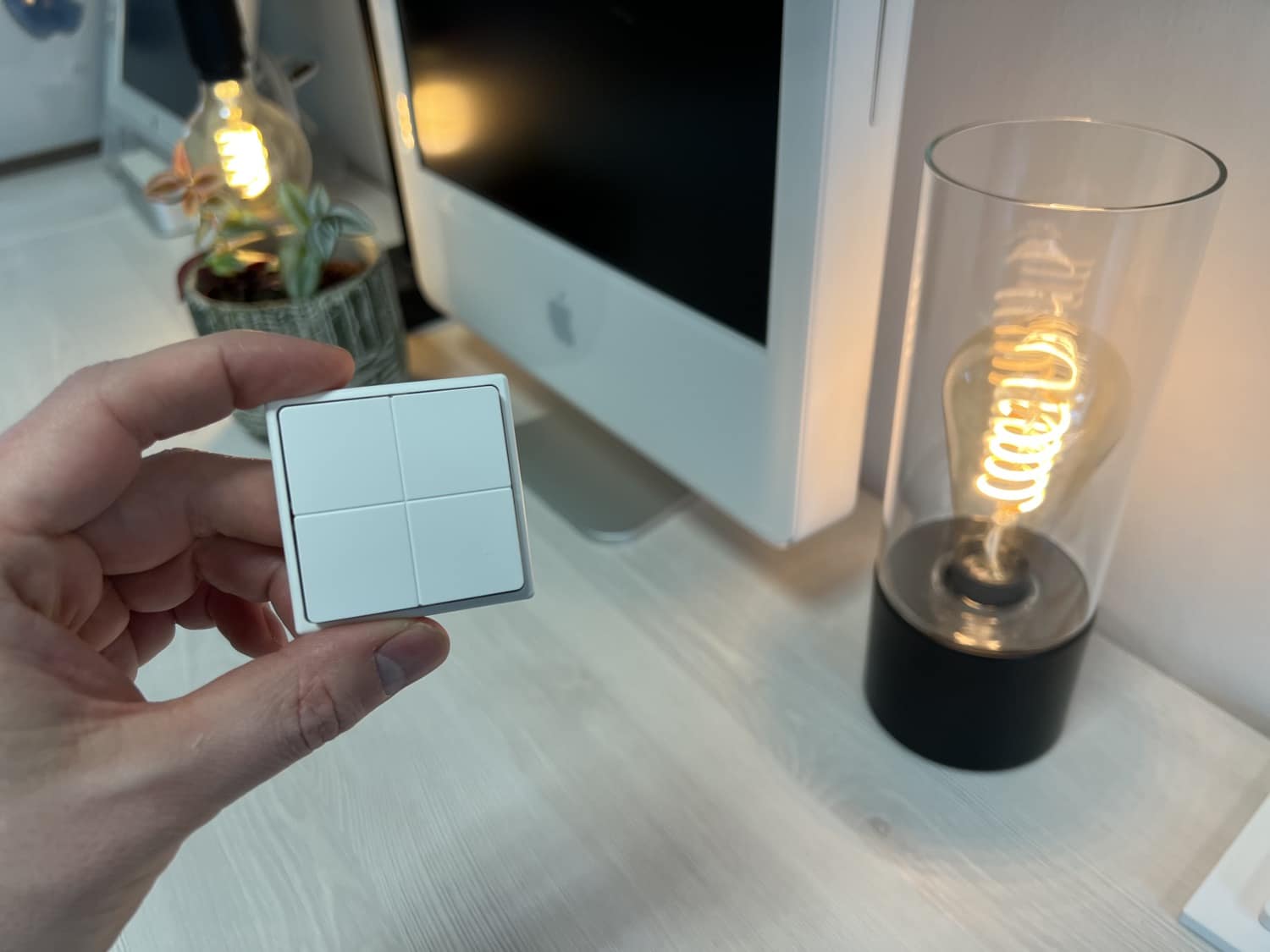 A little smaller than our standard

You may have come across the Danish manufacturer Light Solutions before, for example with the rich accessories for the fourth generation Hue Lightstrip Plus. Now there is another accessory, a switch with Hue-compatible technology. More precisely, the new Lightbee Zigbee Switch works like a Friends of Hue switch.

However, there are some differences that warrant a small article. First of all, the switch does not get its energy from the otherwise noisy button press, but from an integrated button cell. According to the manufacturer, the CR2430 has an expected lifespan of eight years, which of course I could not yet verify. The advantage of this solution is obvious: pressing the button requires much less force and is much easier than with the official Friends of Hue switches. 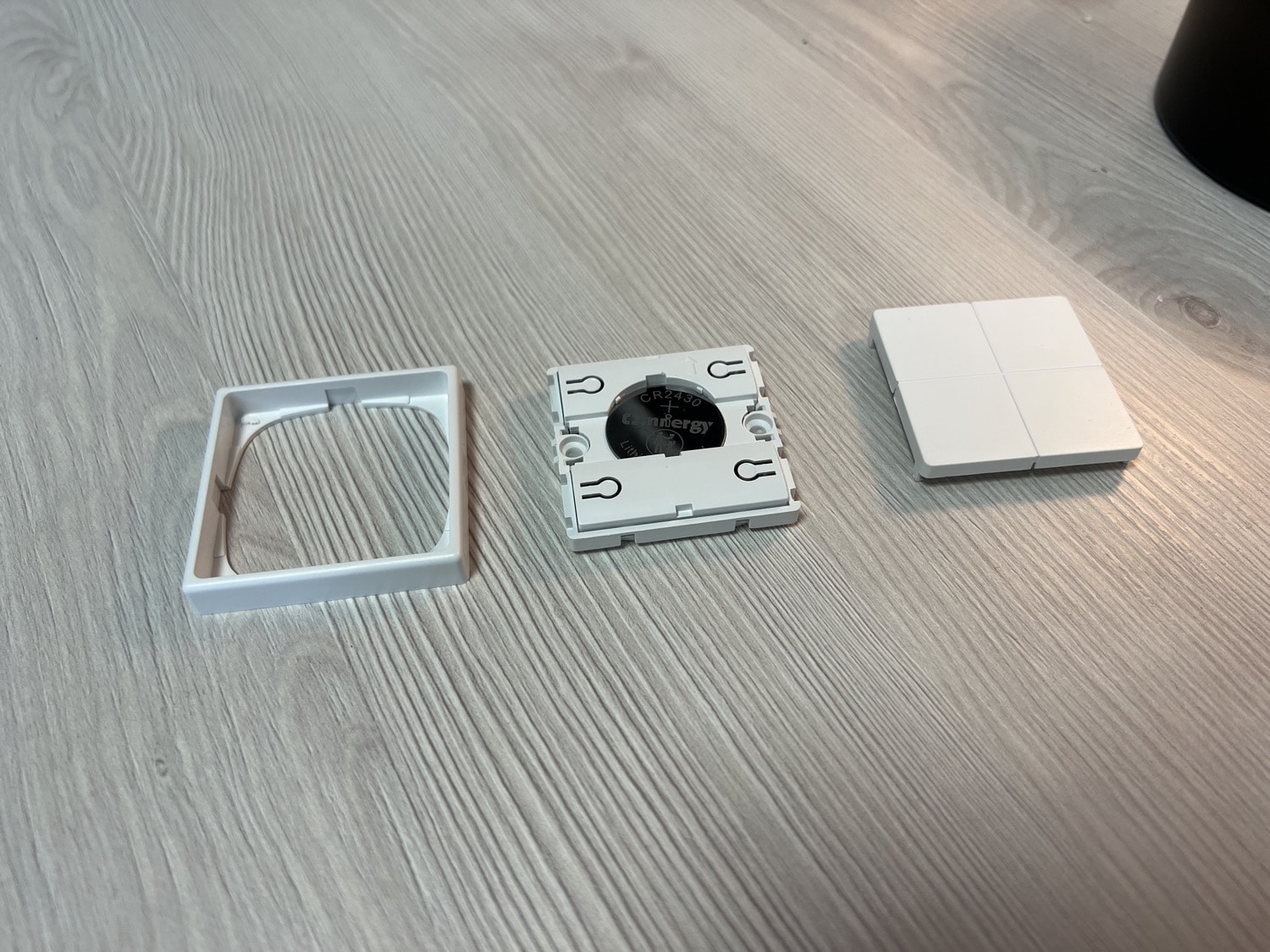 Pairing with the Hue Bridge is no problem, even in HomeKit the switch shows up. However, there is one small stumbling block: the battery is contactless due to a small plastic plate. The fact that this must first be removed is not explained in the instructions. But it’s not a big deal, you just have to loosen the cover and the battery is revealed.

Compared to similar “unofficial” solutions of this kind, I have to say that the Lightbee Zigbee Switch scores with high-quality plastic components. However, the frame in the switch can be moved a little bit, there is a little play. I could imagine that this is no longer noticeable in a wall installation.

Rockers are only 44 millimetres instead of 55

But it might still be interesting for you, after all it is wireless and can therefore be mounted anywhere. However, compared to a Hue Smart Button or Hue Dimmer Switch, the fun is not cheap, because the Lightbee Zigbee Switch costs 49 euros. But thanks to short and long button presses with apps such as iConnectHue, a total of 12 different actions can be assigned to the four buttons. 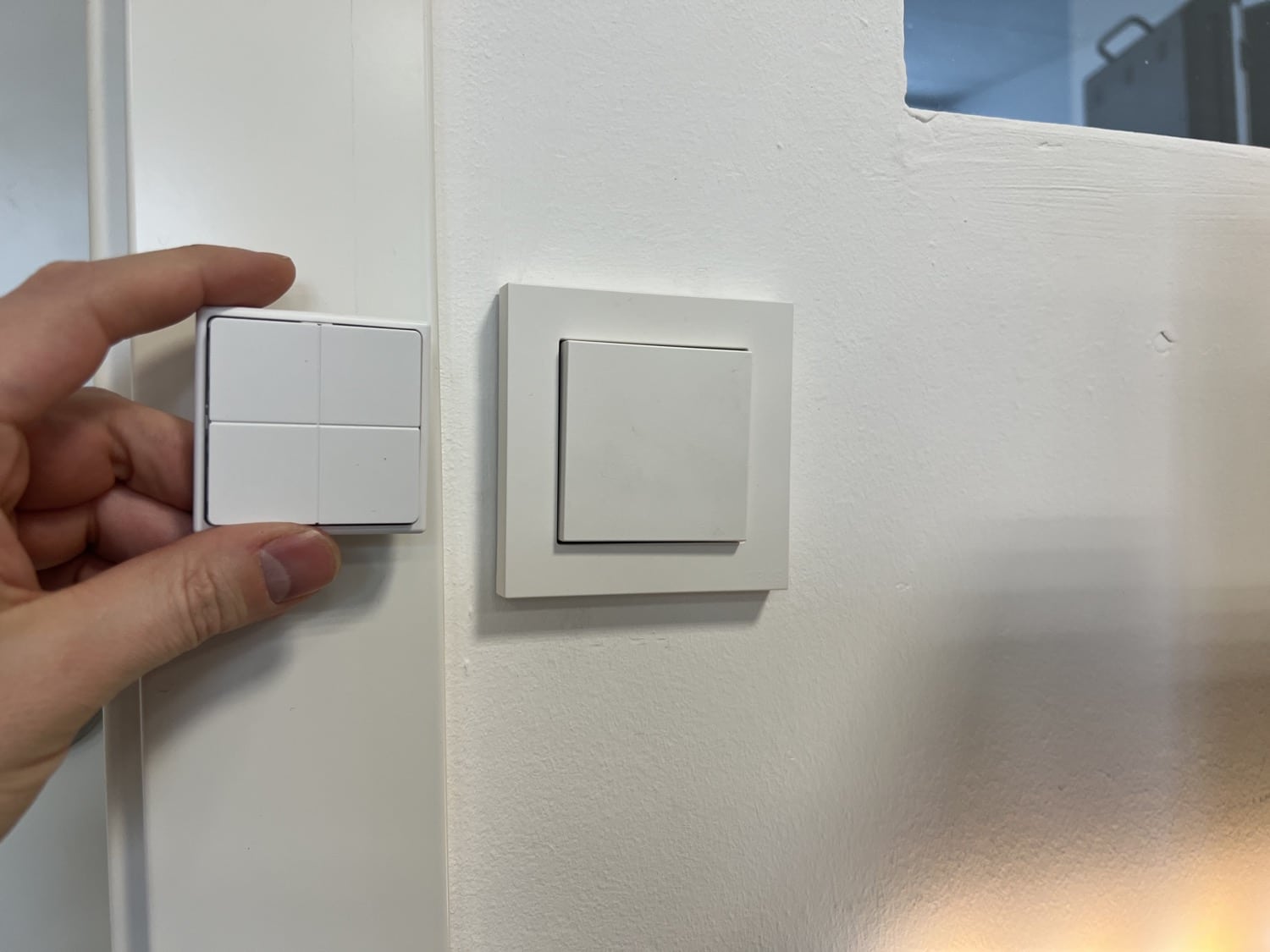 Previous articlePresence Mimicking could be firmly integrated into the Hue app
Next articleHue Essentials: Popular app gets ready for Windows and Mac