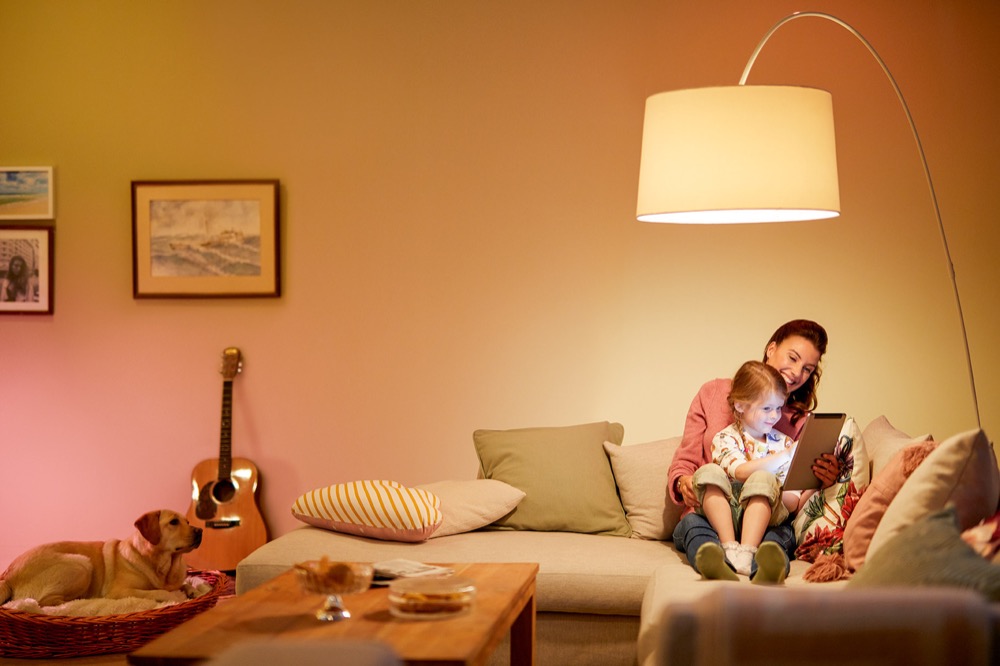 I already announced it on Monday, now it has happened sooner than expected: Philips Hue 4.12 is now available in the Apple App Store and Google Play Store. In addition to the already announced effects Fireplace and Candle, the new version also brings six new, especially romantic scenes for Valentine’s Day.

In my opinion, the new effects have hidden themselves quite well, because they are not integrated like a normal scene, but have to be activated individually for each lamp. How does that work? Quite simple: 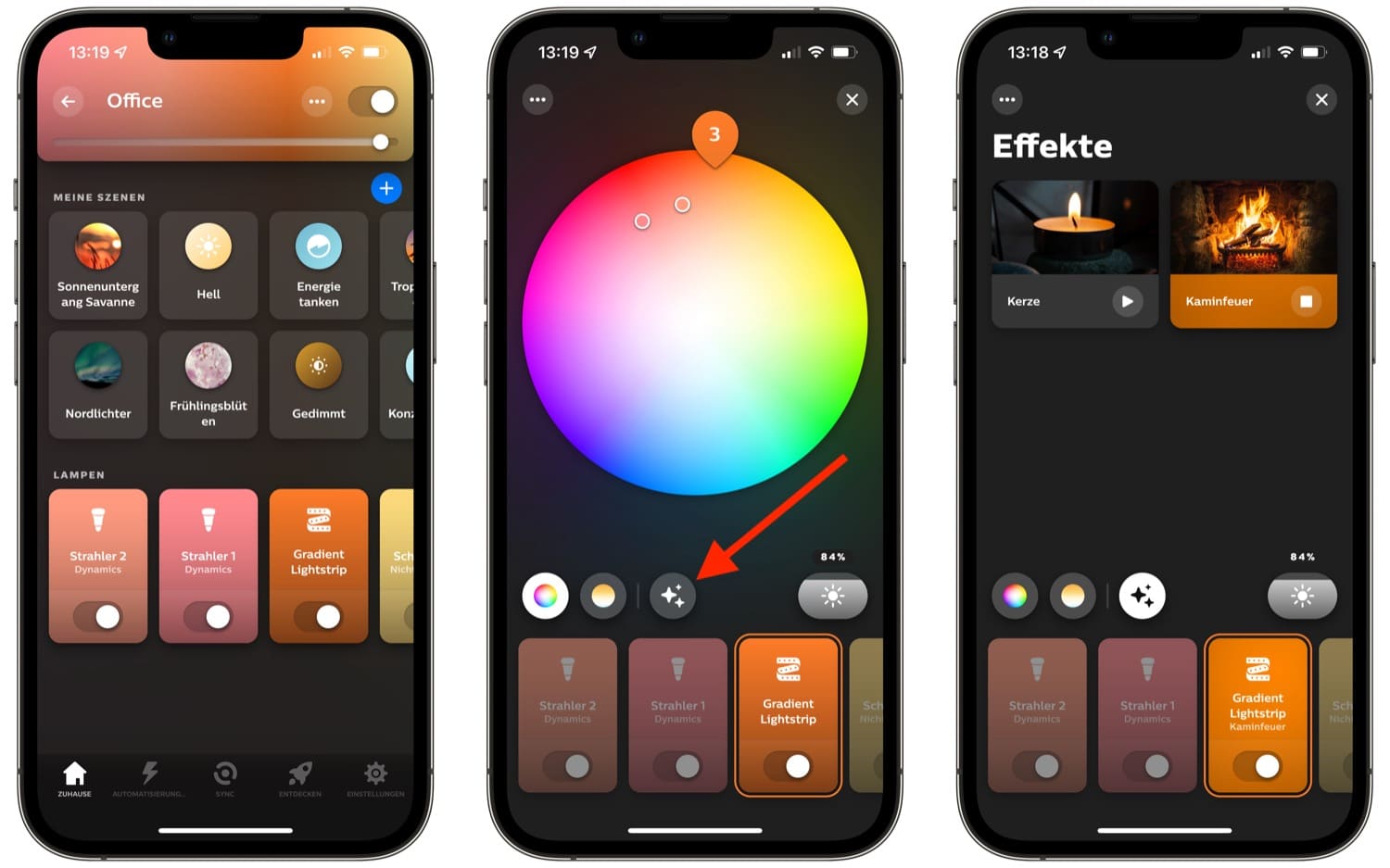 Important: The effects only work on lamps of the newer generation, recognisable by the ZigBee+Bluetooth functionality. The only exception is the first generation Hue Go, which can also display the effects. The candle effect also works with a Hue White, for the fireplace effect at least one White Ambiance lamp is required.

If you have several lamps in a room and want them to display one of the two effects at the same time, you can save your setting as a scene. Simply set the entire room once the way you want it – and then tap on the icon with the three dots and “Save as new scene” in the lamp view.

The update description at a glance