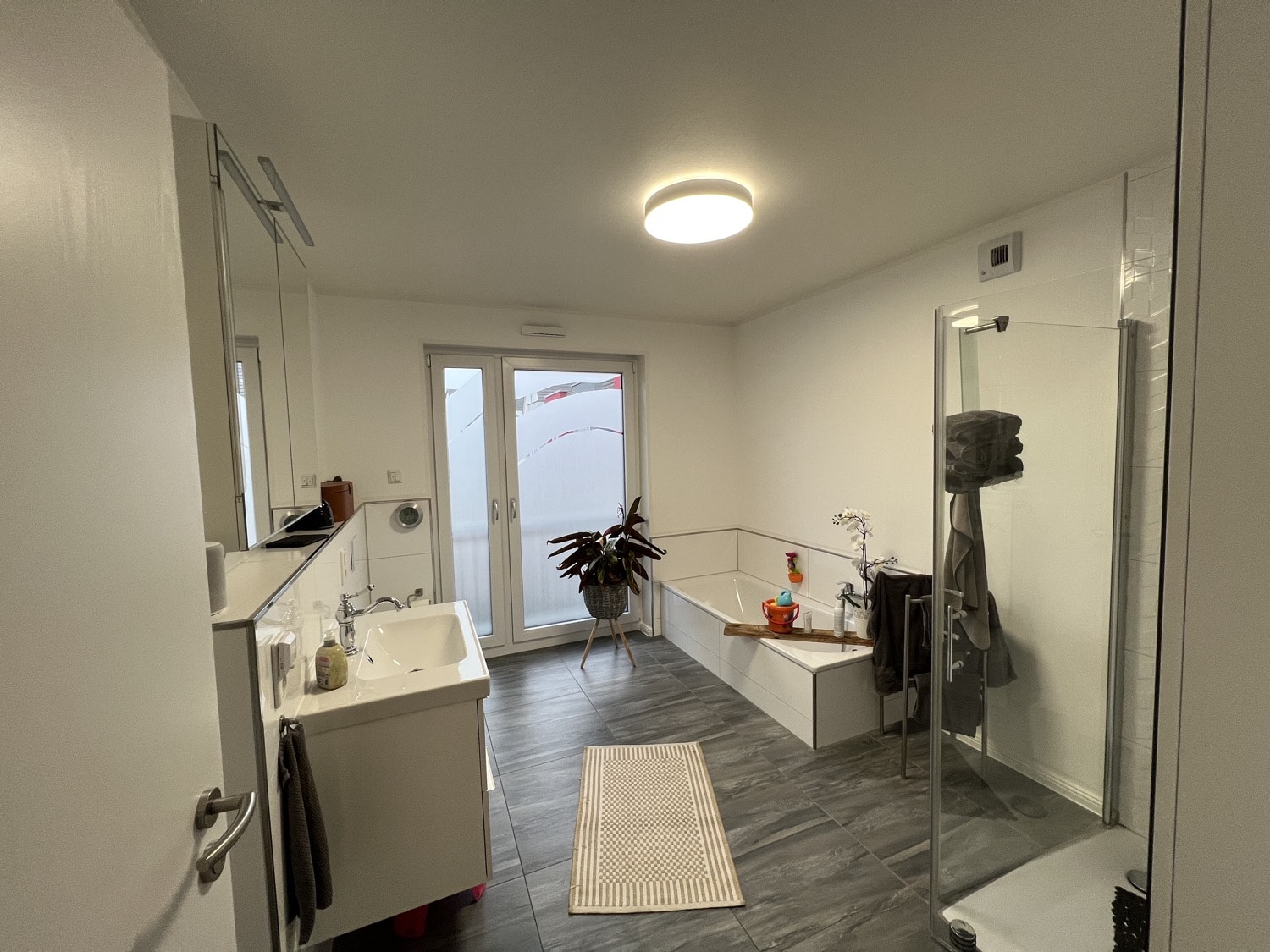 A while ago, I introduced you to the Philips Hue Xamento, the first “colourful” bathroom light from Philips Hue. With a price of up to 259.99 euros, it is certainly not a cheap affair. Today, in cooperation with Click-Licht.de, I would like to introduce you to another new ceiling light for the bathroom, which is aimed at all those who can manage with white light tones in the shower or when brushing their teeth.

The absence of colour is, of course, noticeable in the price. The Philips Hue Devere is equipped with White Ambiance technology and available in two different sizes. The smaller model with a diameter of 38.1 centimetres produces up to 2,450 lumens (1,900 lumens at 2,700 Kelvin) and costs 169.99 euros. The larger model, which you can also see in the photos here, costs 229.99 euros and is 42.5 centimetres tall, the maximum brightness here is 4,300 lumens (3,300 lumens at 2,700 Kelvin).

Philips Hue Devere can shine brighter than the colourful Xamento

The comparison with the Xamento, in which coloured LEDs are also built in, is particularly interesting. The large model of the Xamento achieves slightly more lumens with standard white (3,450 lumens), but has significantly less reserves with the cold white tones (maximum 3,700 lumens). In my opinion, a little more brightness in the bathroom can’t hurt, especially when you’re doing make-up, for example. Here, the Devere offers an impressive 600 lumens more. 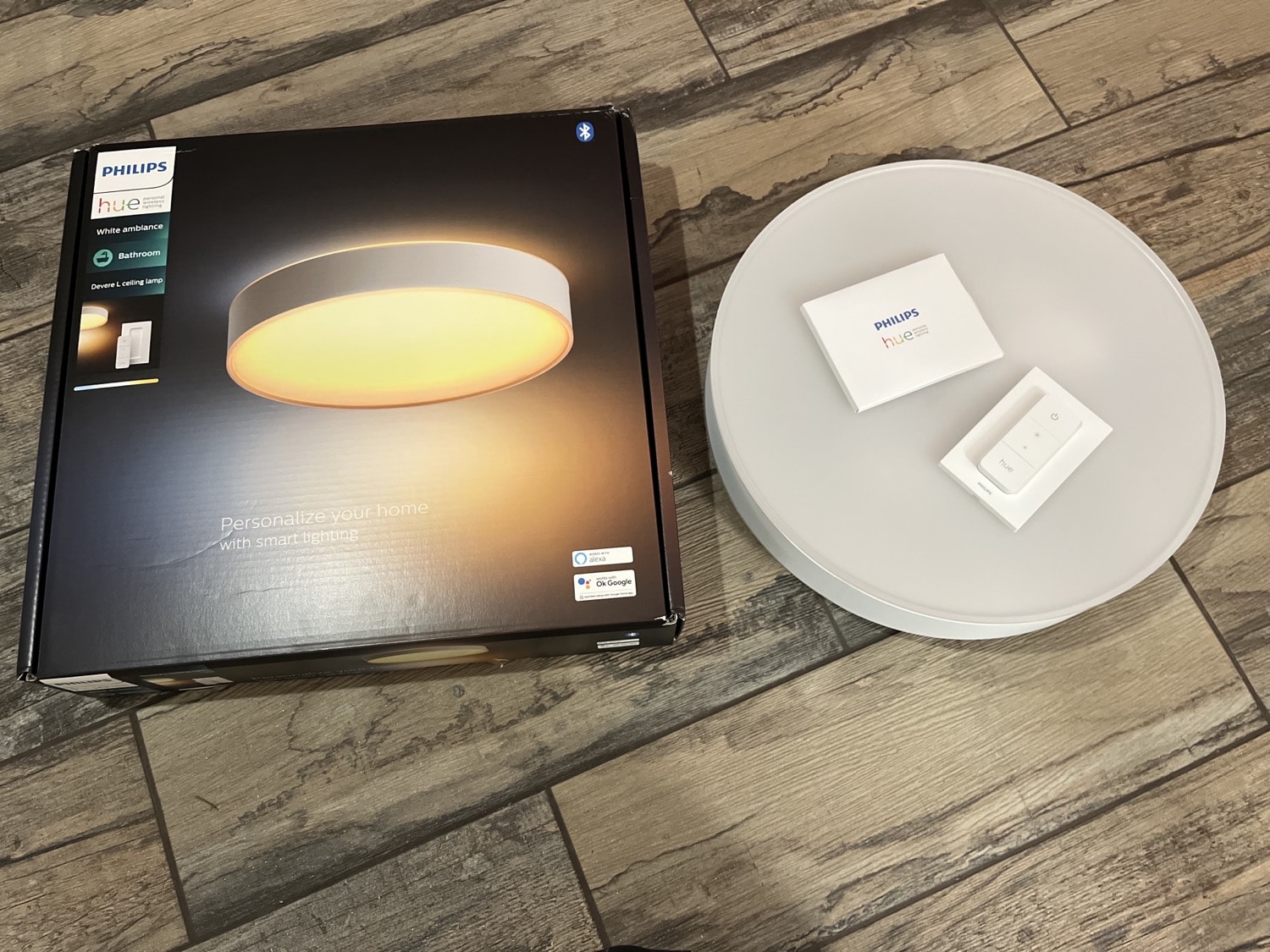 Another advantage that is at least worth mentioning: the package of the Philips Hue Devere includes, as with all White Ambiance ceiling or pendant lights, a dimmer switch, of course the new model. And that costs another 20 euros, after all.

So what does it look like in practice? Since I’m slowly running out of rooms, my friendly neighbours have taken on the Devere and installed it in their bathroom. This is really very easy with the latest generation of lamps; thanks to the small steel cables, the wiring can be done without a helping hand. This is a really big improvement over the older models. 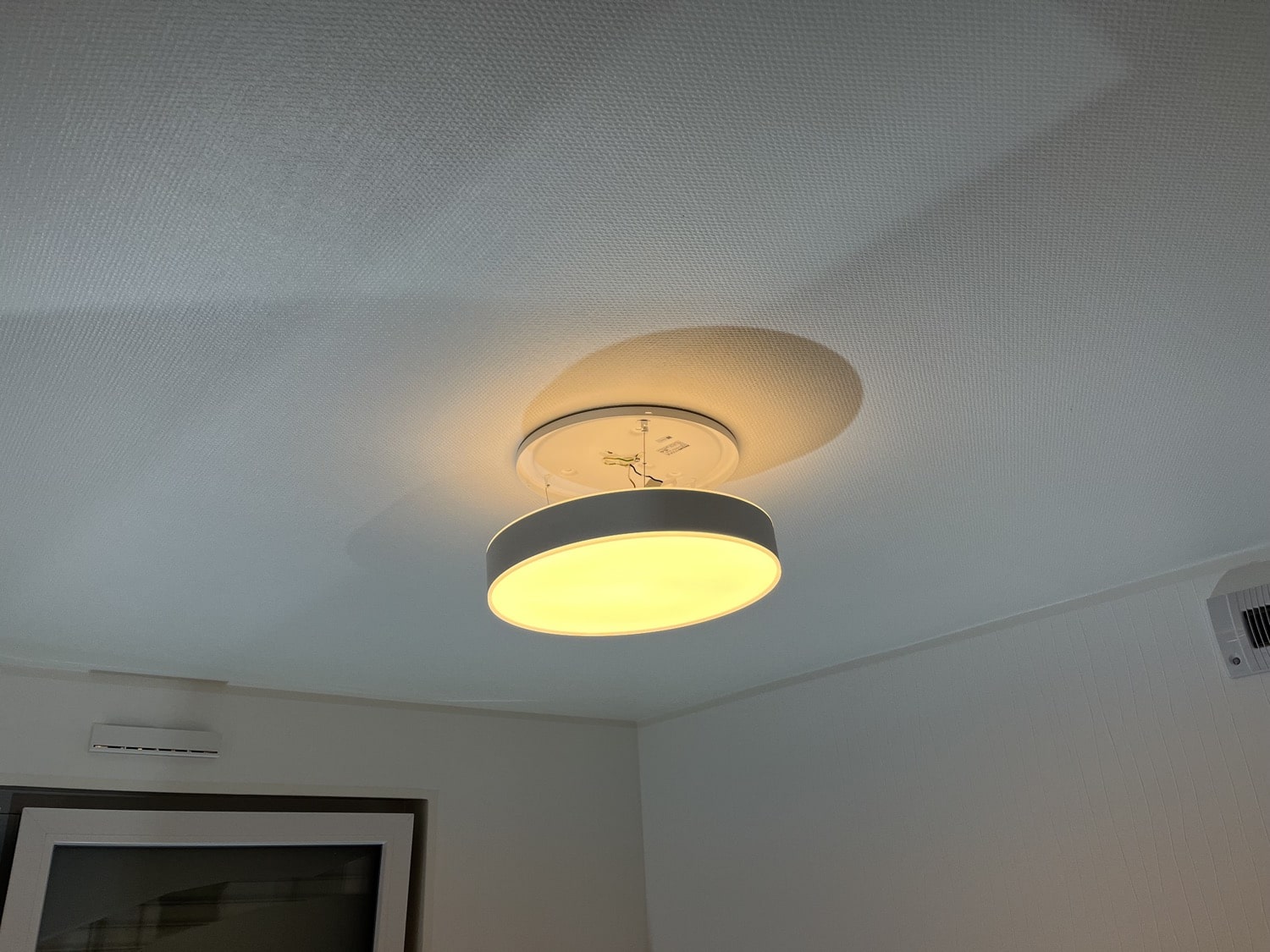 What we also noticed: Unfortunately, the transformer inside was not properly screwed down. If in doubt, the Hue support could surely be contacted – but the Devere can be opened quite easily. So we had a go ourselves and simply reattached the transformer. Inside you can also see quite well how many LEDs are installed. You could even replace the individual modules if they were defective – if you could get the spare parts.

My neighbours have installed the dimmer switch above the removed light switch. Personally, I would prefer to use the wall switch module and place the dimmer switch near the sink. But that is certainly a matter of taste. However, since I have noticed that there are still many question marks surrounding the wall switch module, I will take a closer look at this topic soon.

What can be said about the Devere in conclusion? The ceiling light with IP44 protection is certainly an interesting alternative for the bathroom. However, just as with the Enrave, I would definitely go for the larger version. Although it costs 60 euros more compared to the recommended retail price, it also has significantly more reserves in terms of maximum brightness.