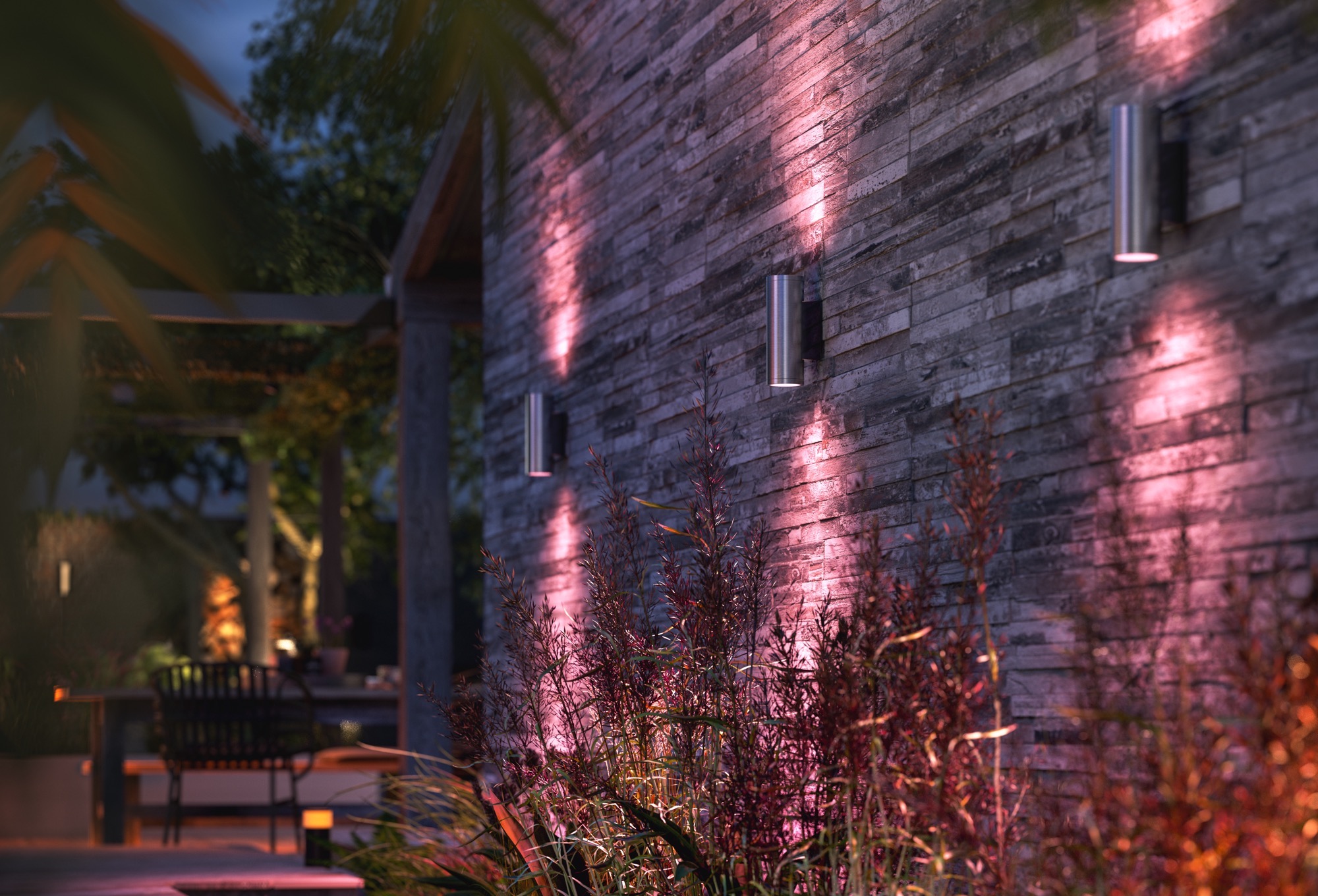 In the past weeks I have already given you all the important information about the new model of the Philips Hue Appear outdoor wall lamp. Together with the announcement of the new wall switch module, the manufacturer also confirmed the availability of the new stainless steel version of the Hue Appear from the end of the month.

From a technical point of view, there are of course no big surprises, because after all, a black variant made of aluminium has already been on the market for a year. This has two LED modules, each of which generates 600 lumens of brightness and radiates upwards and downwards. The White and Color Ambiance model counts as a single light source, the two spotlights cannot be controlled independently. 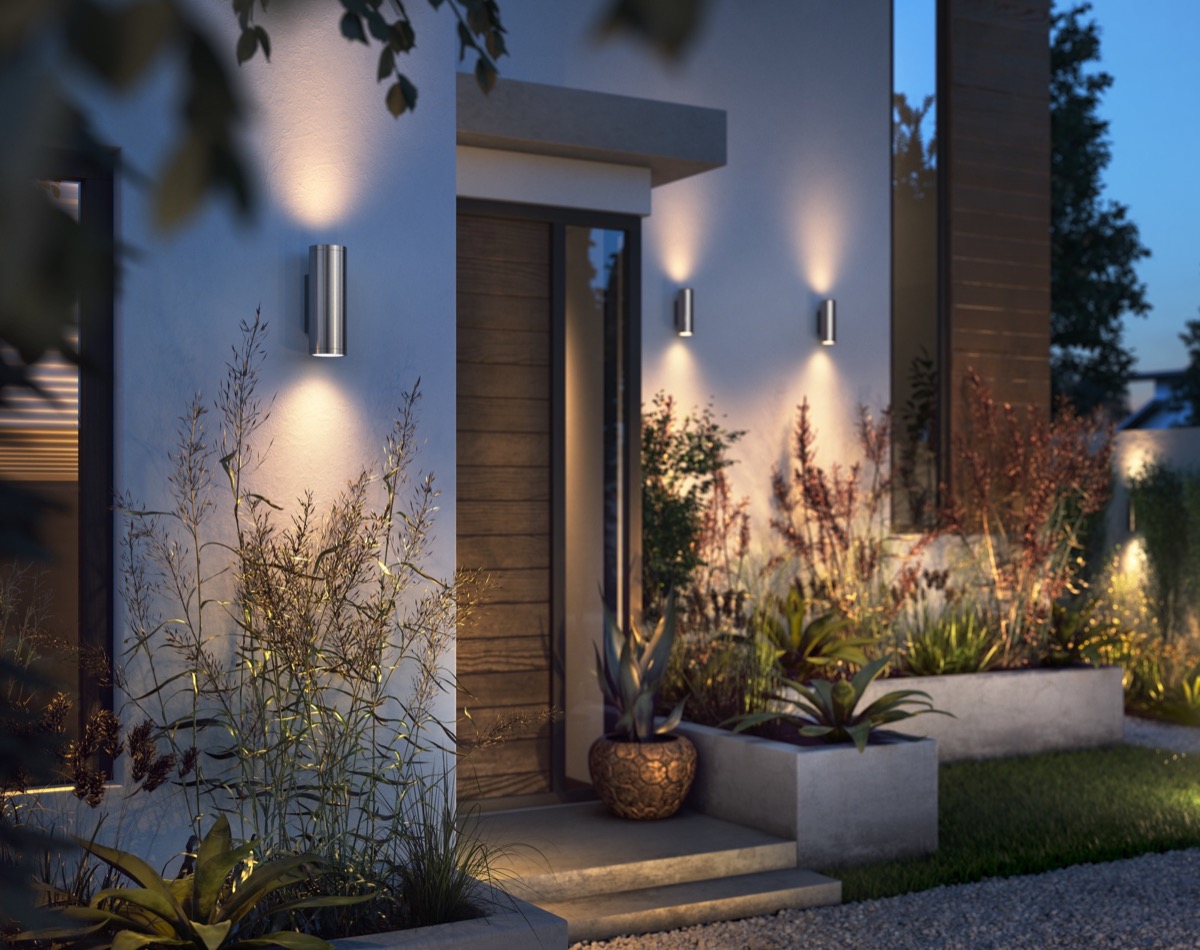 What Philips Hue says about the new Appear wall lamp

The Philips Hue Appear, a popular outdoor wall light, now features a brushed stainless steel finish and easy installation. The inox wall light, which delivers a powerful up and down floating light effect in white and millions of colours, lends a luxurious feeling to the outdoor space. No need to struggle with wires when attaching the Appear, but easily mount the light to the wall using the pin-connector, sit back and relax.

Actually, I had not planned to take a closer look at the Appear. However, I am interested in the new mounting mechanism – I should be able to provide you with my own impressions by February at the latest. Let’s just hope that the new plug-in connection actually makes installation easier and will then also be used in the upcoming Philips Hue wall lights.

The new Philips Hue Appear made of stainless steel will be available in Europe together with the Hue Amarant and the new dimmer switch from 26 January and will cost 149.99 euros. This is 10 euros more than the black version, which will still be available. A market launch in North America is currently not planned.