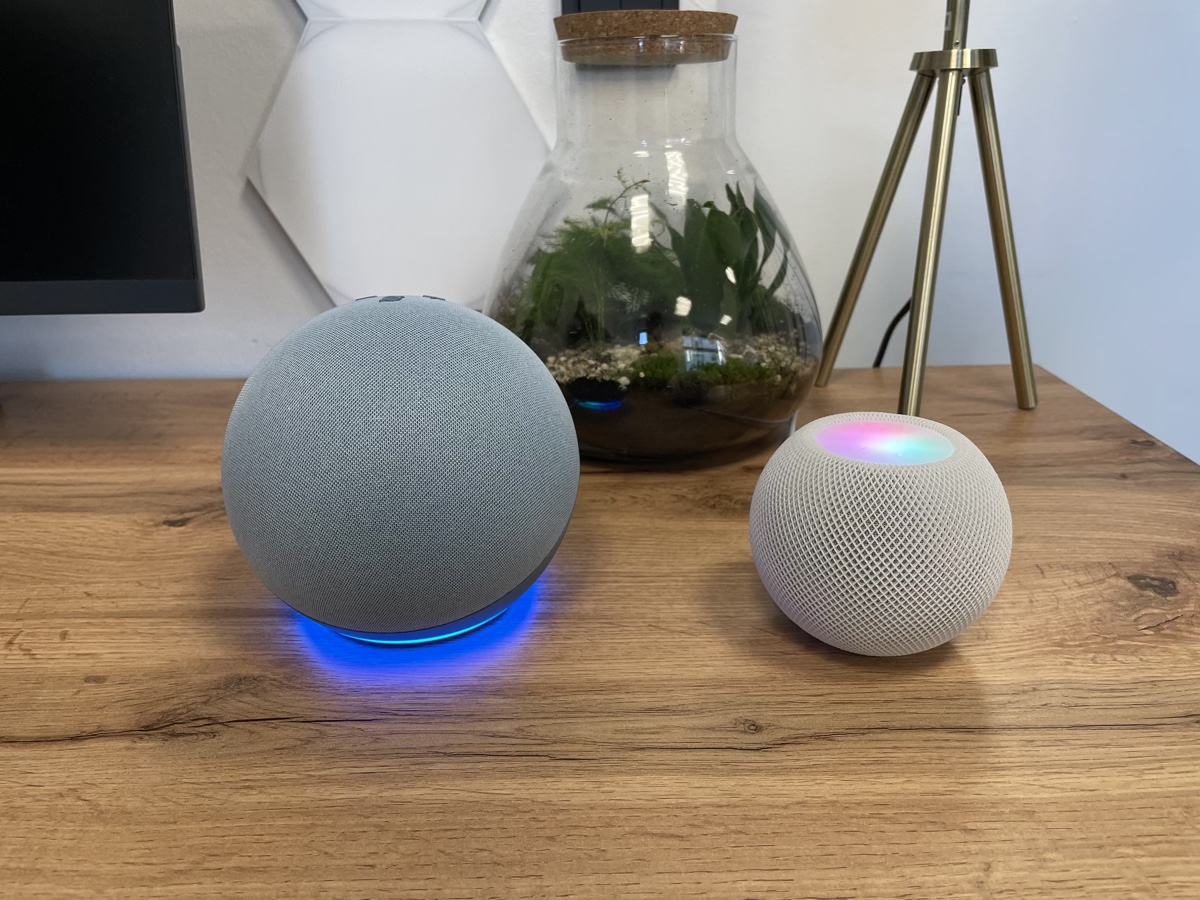 First impressions of HomePod mini: Faster than the Echo Dot

As you may have noticed, a new HomePod has been launched. In Germany the HomePod mini costs 96.50 euros with reduced VAT, and from next year the price will be back at the regular 99 euros. However, the HomePod mini is currently hard to get, online orders at the Apple Store will probably not be delivered until next year.

How the HomePod mini performs and what you can do with it, we recorded for you last night on appgefahren.de. You’re welcome to take a look at our first impressions again, and I’ll explain a little more about our connection with Philips Hue afterwards.

In principle, the story is quickly explained: If you have already activated HomeKit in the Hue Bridge settings, you don’t need to do anything else. Simply set up your HomePod mini and you can control your lights with voice commands like this:

What I was interested in when the HomePod mini was released: Who actually reacts faster to voice commands relating to light? The HomePod mini or the current Amazon Echo with Alexa integration? A test with one lamp each has shown that the lamp controlled by the HomePod mini always reacted a touch faster, although we are talking about only about half a second.

One thing does bother me, though: colour temperatures and different shades of white, Siri just doesn’t have that yet. While you can simply ask Alexa to set the lamps to warm white, daylight white or cool white, these voice commands are not successful with the HomePod mini. Sure, you could work with scenes, but that’s not really practical.

On the other hand, the HomePod mini in combination with HomeKit has one big advantage over Alexa: it can communicate with several Hue Bridges without any problems. This should make users of larger Hue installations especially happy. Exactly here Alexa is still having problems, but Philips Hue has at least announced to work on this limitation.