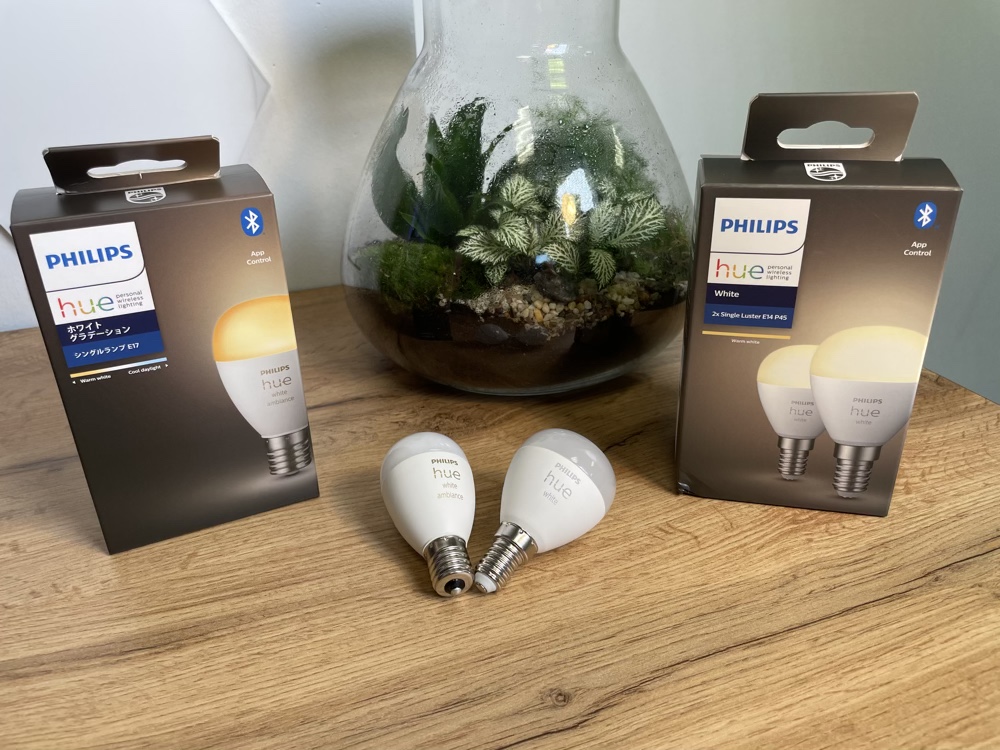 Launched in Japan as E17 variant

Just last week I was able to announce that Philips Hue is already offering a modified version of its E14 teardrop bulb in Japan, which was launched as Hue White only earlier this month. Equipped with a comparable E17 base, the Japanese are already enjoying the benefits of a technically much better White Ambiance teardrop bulb, where the colour temperature can be freely adjusted from 2,200 to 6,500 Kelvin.

And this is exactly what I cannot understand with the Philips Hue E14 Luster available in Europe: The compact E14 lamp is perfect for small table lamps, and especially on the bedside table or desk, warm white or cool white tones would be worth their weight in gold.

But back to the E17 from Japan. It’s relatively easy to buy them on the Amazon website there, my order from Friday afternoon was already delivered on Monday – it couldn’t be any faster. The only little problem: The E17 base is virtually non-existent in Germany and the lamp does not fit into the local E14 sockets. Using an adapter doesn’t really make sense with the compact designs, especially as even the adapters are hard to get in Germany. 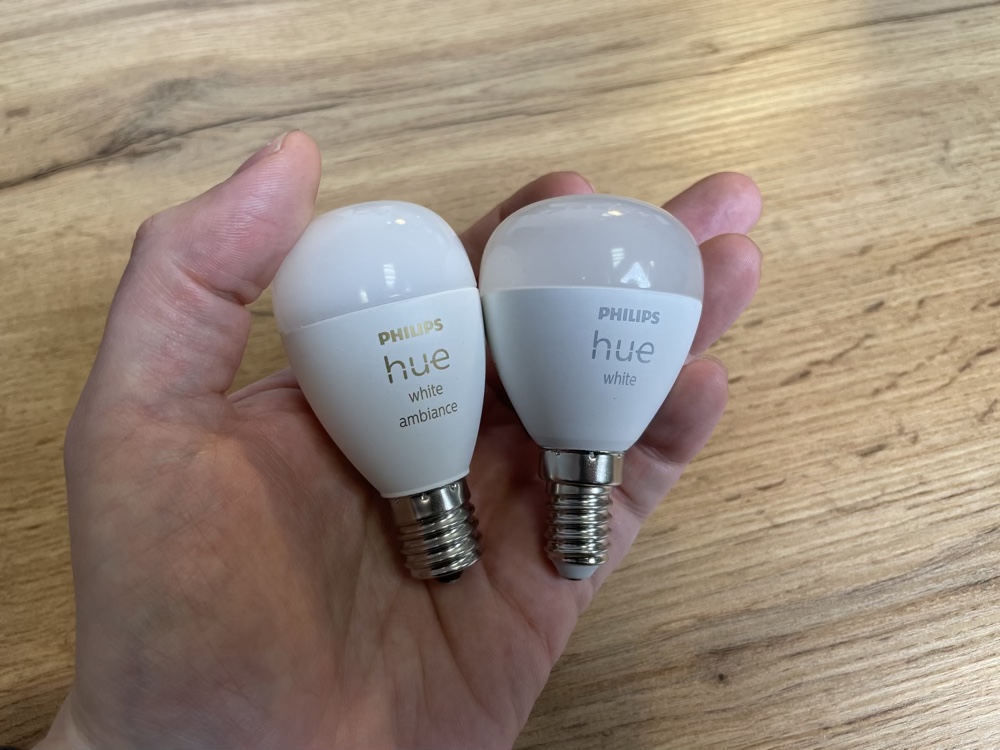 Nevertheless it is interesting to compare the two models. The European E14 drop lamp with white technology has the significantly longer base, but is only 0.6 millimetres higher. On the other hand, the E17 teardrop lamp with White Ambiance technology from Japan is considerably slimmer, with a diameter of 5.5 millimetres less. In the end, however, I am a little surprised that the two models have a different shape at all.

The question of why and how remains open. At the beginning of September, Philips Hue announced that they would first like to see how well the new Hue White E14 teardrop bulb is accepted by Hue buyers. Just a few weeks later, they are selling exactly the model that most Hue users would prefer in Japan. Sometimes there are decisions I can not understand… 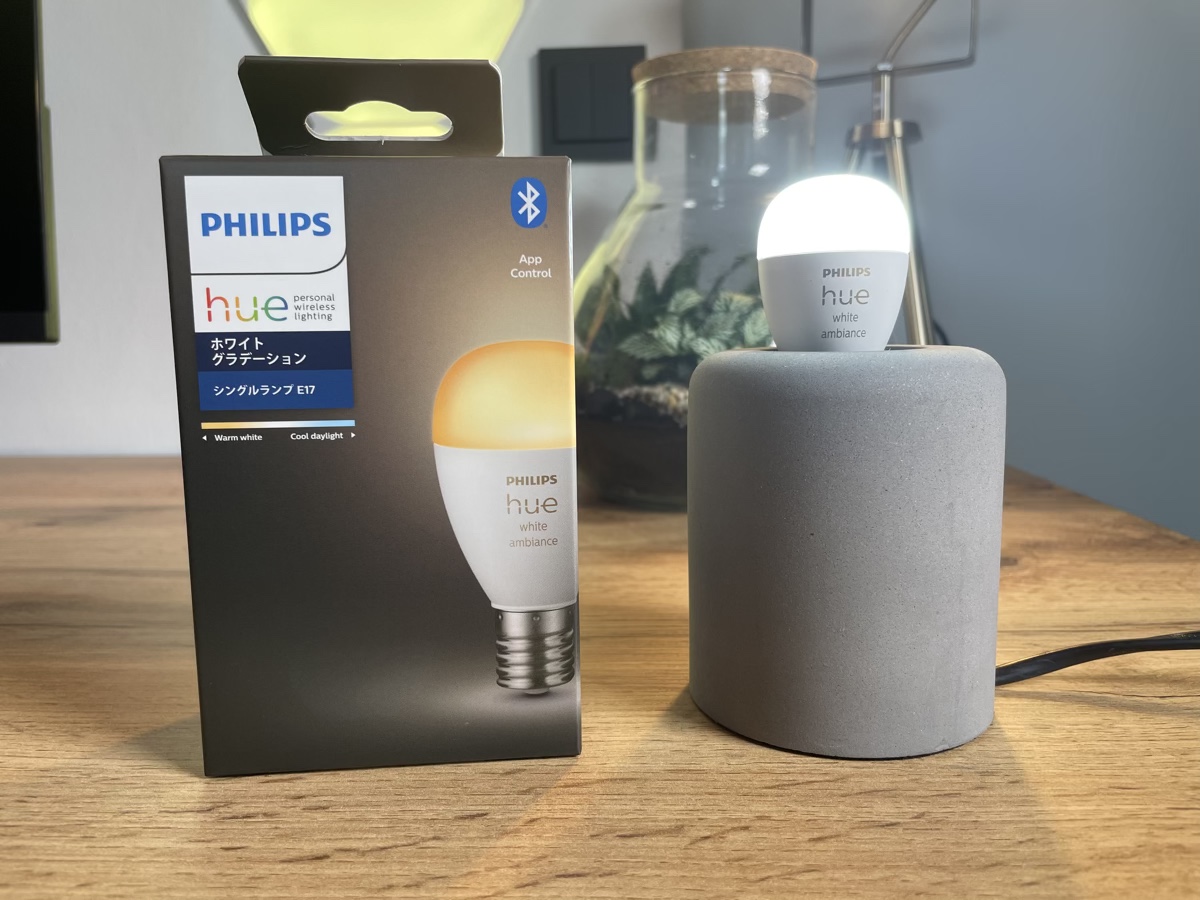 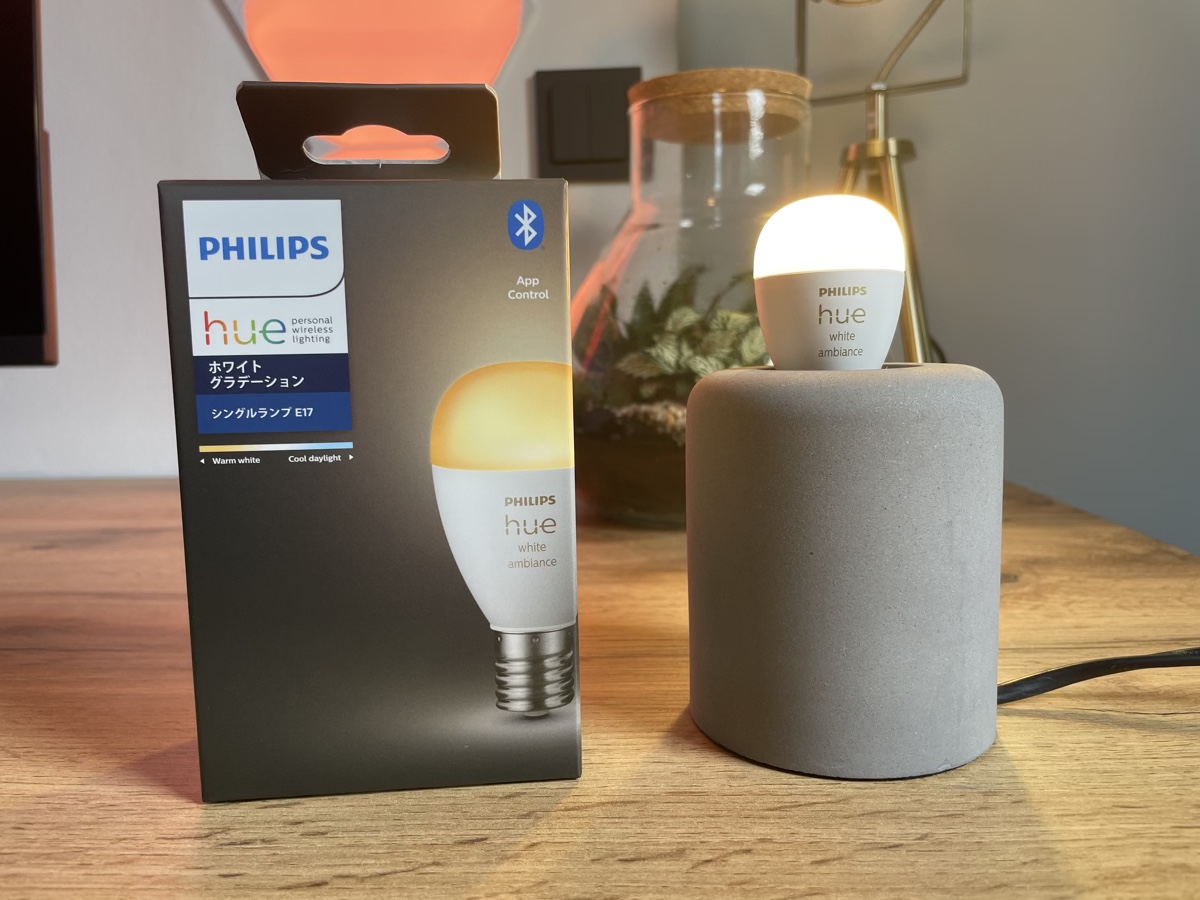 Previous articleFriends of Hue Switch: Indoor and Outdoor now as a bundle
Next articlePhilips Hue Iris Limited Edition: All four colours at a glance