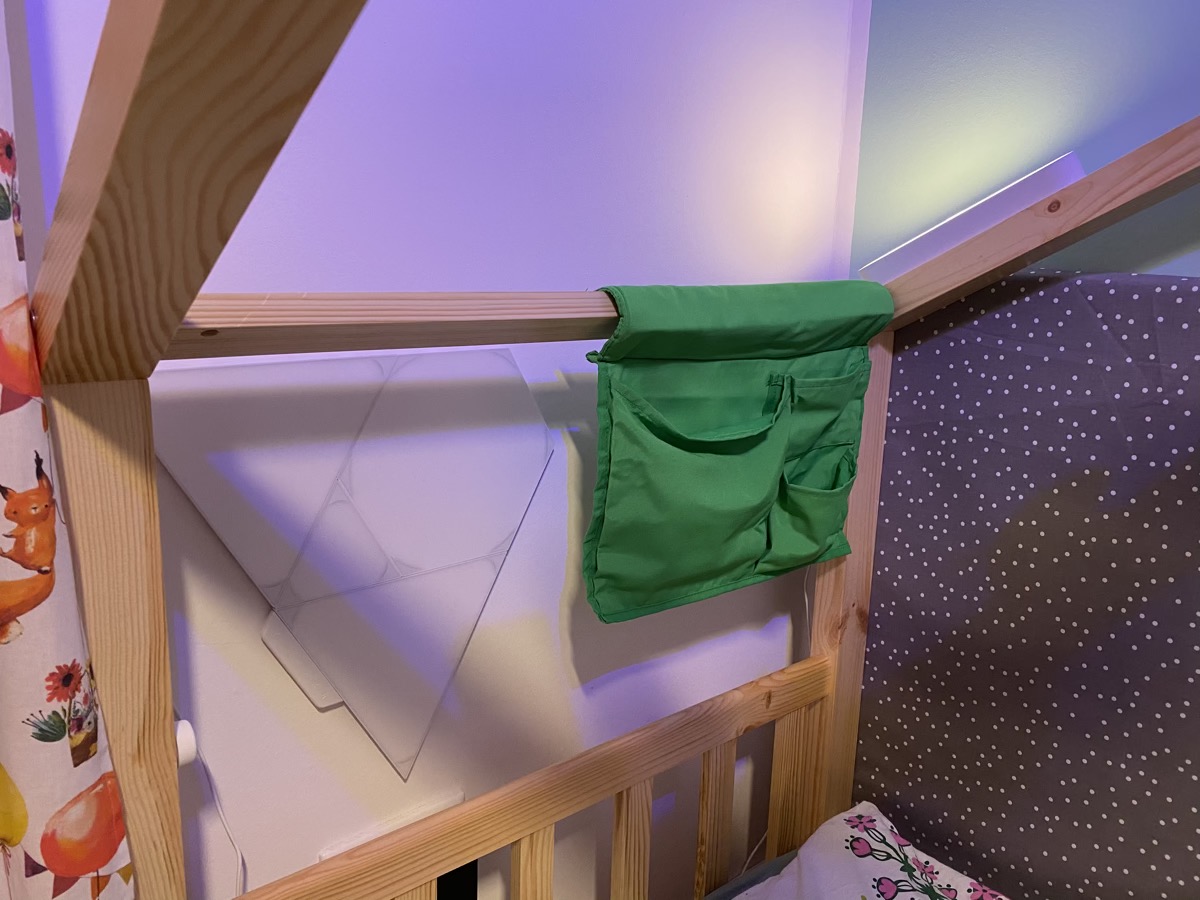 Night light at the kids bed: Nanoleaf or Philips Hue?

Why the Play Lightbar makes the running

Last weekend I got an order from the very top. The government demanded that a sensible night light and reading light must be installed in the children’s room. I tried out two different variants and would like to tell you about my experiences.

First of all I tried the Nanoleaf Shapes. Here I had a controller and a power supply unit left over in addition to some elements that we didn’t use in the office. Enough to provide a little light at the child’s bed.

At first glance, more than practical: The Nanoleaf Shapes can not only be controlled via the controller, but also by touch gesture on the LED modules: Double touch to switch on, wipe up and down to dim.

But this is exactly what has led to the knockout: The steps in dimming were simply far too large to adjust the light to the desired brightness. Moreover, operation via the small controller is not very easy in the dark.

As an alternative, I tried a Philips Hue Play Lightbar, which is quite versatile in terms of installation. I simply stuck it flat to a wooden beam of the bed with double-sided adhesive tape.

And the control? This is only done in passing via the Hue app. First and foremost via a Smart Button, which I also attached to the bed with the small magnetic holder. 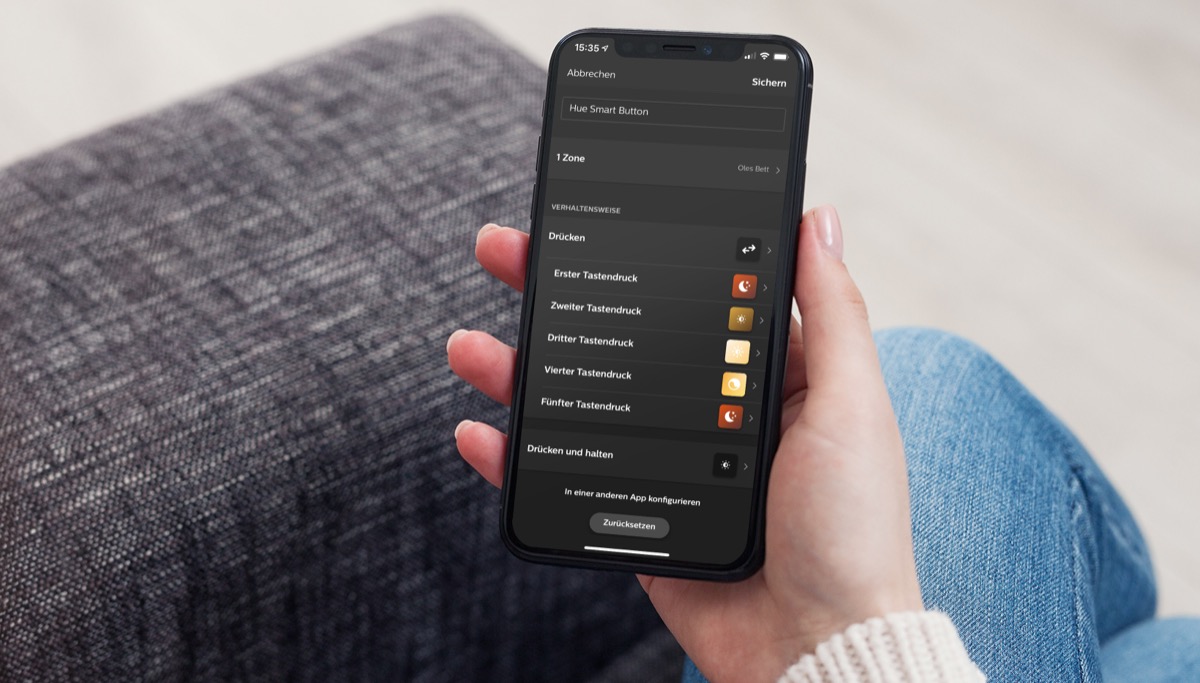 I then not only placed the lightbar in the “children’s room”, but also quickly created a new zone ” kids bed”. With the first push of a button the night light is activated, with the second the dimmed reading light and with the third push of a button the full brightness. In addition, a long press of the button allows almost infinitely variable dimming – all in all a very practical solution. I can also switch the Lightbar on or off when I leave the room using a dimmer switch in the door frame.

This is my little conclusion

The Nanoleaf Shapes are a fine thing, but the configuration via the app is far from being as detailed as via the Hue app and the third-party apps available for the Hue system. Philips Hue is also clearly ahead when it comes to accessories – see Smart Button switch.

But what I find even more exciting: I may not have presented you with the most spectacular installation here. But this example shows pretty well how versatile and flexible Philips Hue can be used – and in my opinion, that’s what makes the system so attractive.