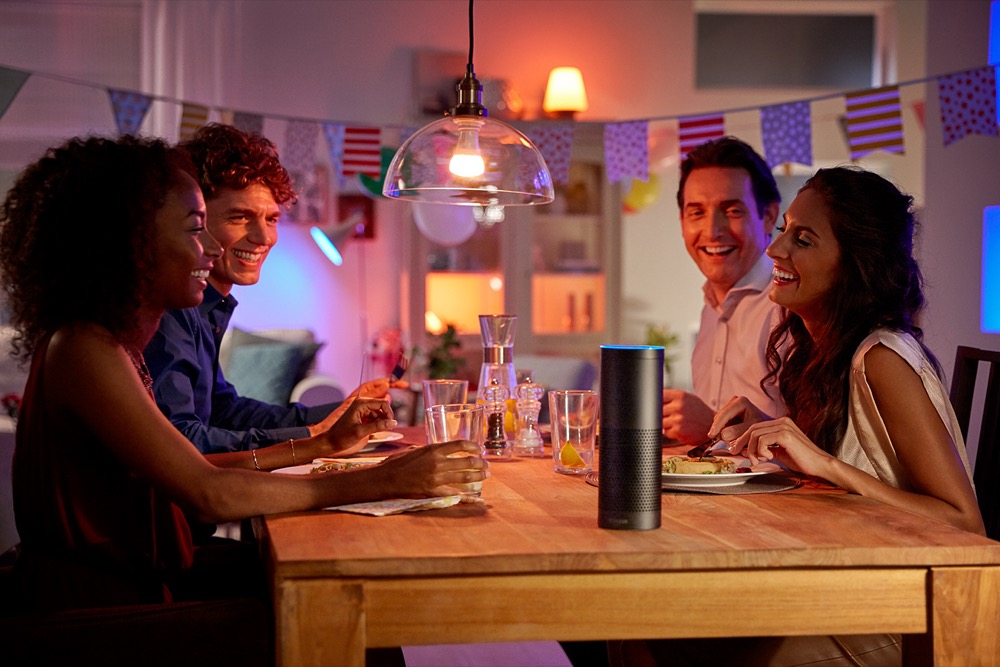 Handling with several bridges should be improved

Although there are still some workarounds if you want to control several Hue Bridges with Amazon Alexa or Google Assistant, it is often not really fun. Now my YouTube colleague Justin_Tech learned some interesting details in a video interview with Hue inventor George Yianni, which I would like to share with you.

George Yianni revealed that one of the things they are currently working on is making it easier to connect a second or third bridge with language assistants like Alexa. “It will be possible to add several bridges to a Hue account. This will make everything a lot easier because you’re just linking the Hue account to Alexa”.

Although Alexa or the Google Assistant could also allow multiple identical skills, Yianni would not chew on that intuitively for the user. “We can also provide a solution and then it’s even the more intuitive solution. But I can’t give an exact schedule for this update. But we have received this request from many Hue fans and it is on our radar. We’re working on it and it’s pretty high on our list”.

No improved Hue Bridge in the works

Bad news, on the other hand, is around the construction site of the limitation to 50 to 60 lamps per bridge. That would have to do mainly with how the Hue system works, because although the mesh network built up by the lamps ensures that you can create very good wireless coverage throughout the house, there are limits here. “Each lamp receives wireless signals and transmits them. If you have too many lamps in a network, at some point they start communicating too much with each other and the commands are no longer transmitted as reliably,” explains George Yianni.

That’s one of the reasons why you can’t just build a bridge with more power – the limitations of the mesh network on which Philips Hue is based could hardly be overcome. “But there are things we can improve to enhance the user experience with multiple bridges,” says Hue’s founder. Among other things, they want to make it easier to switch between two bridges within the Hue app. They are reluctant to deviate from this principle – partly because you can’t just put Bridge A lamps in a Bridge B room and control a Bridge A room with Bridge B accessories.

George Yianni reveals a few more details about this in an interview with Justin_Tech, which you can watch on YouTube. There the Hue founder also reveals what his biggest wish is for the recently released Hue Play Gradient Lightstrip.